Supply and demand is a curious thing. For decades, automakers have slimmed down their manual offerings, noting the limited market for such vehicles. As the supply of new manuals has dwindled, however, it has driven up the price of duly-equipped examples on the used market. The Ford F-350 Super Duty that sold on Bring a Trailer this week is an excellent example of this phenomenon, going for the stratospheric price of $55,000.

The truck in question was a 2000 model year Ford F-350 XL with just 6200 miles on the clock. Set up with a dually rear axle, the truck is equipped with four-wheel drive and comes in the two-door chassis cab bodystyle.  Drive is sent to the wheels via a 6-speed manual gearbox and a dual-range transfer case. 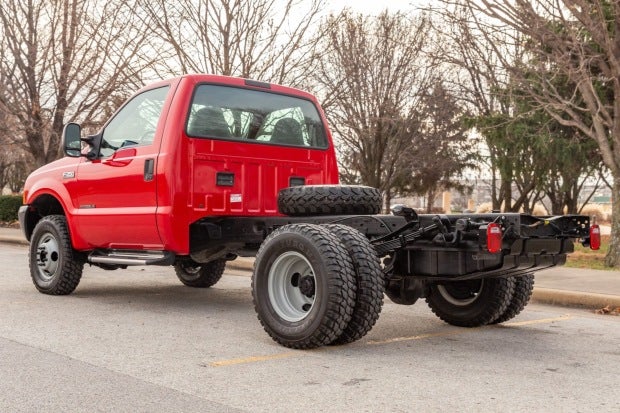 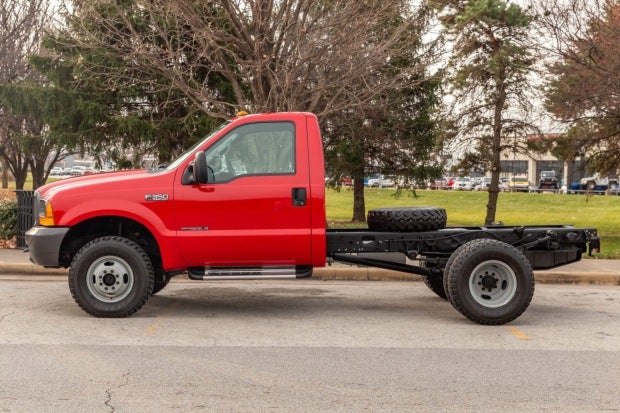 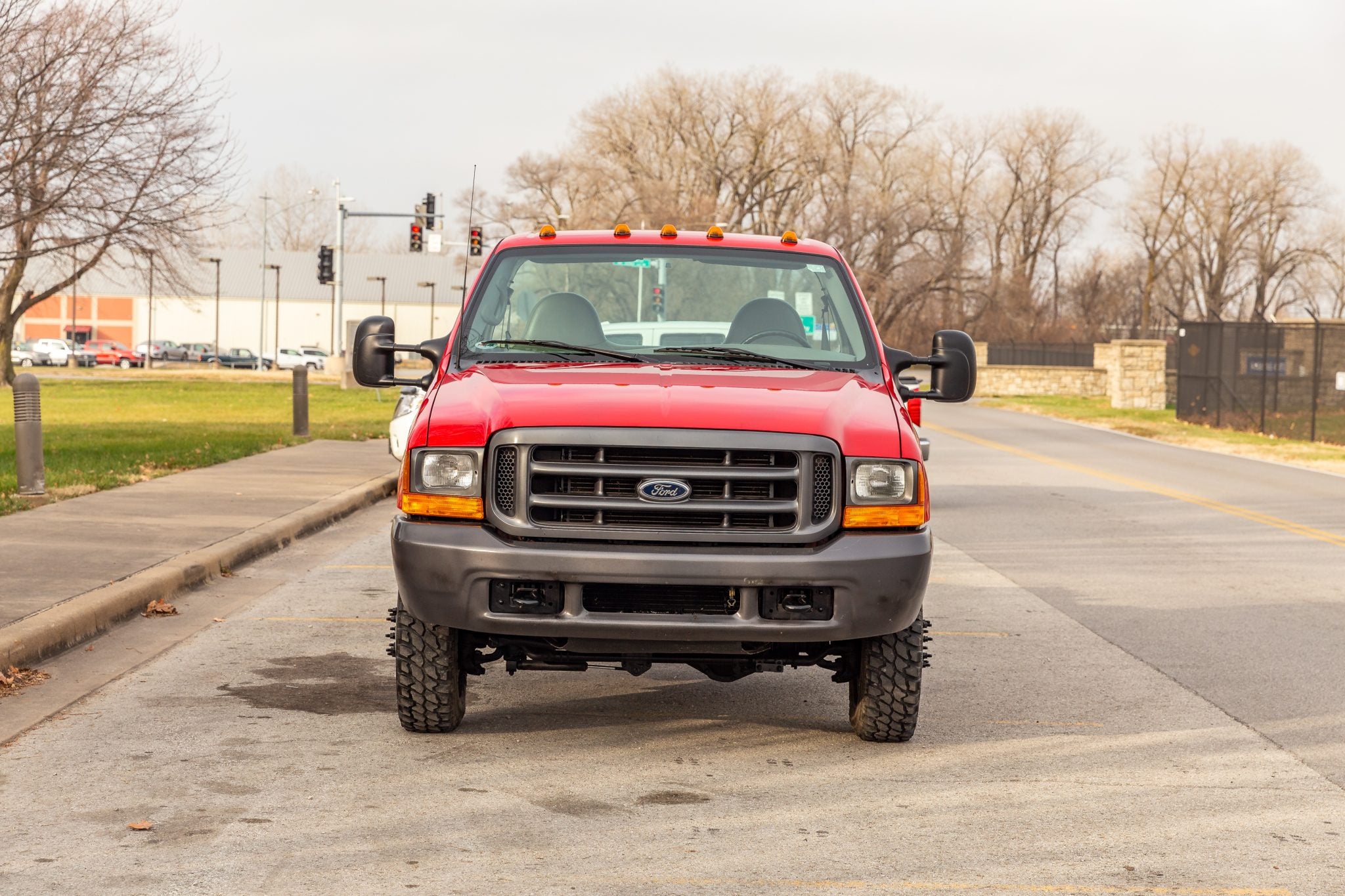 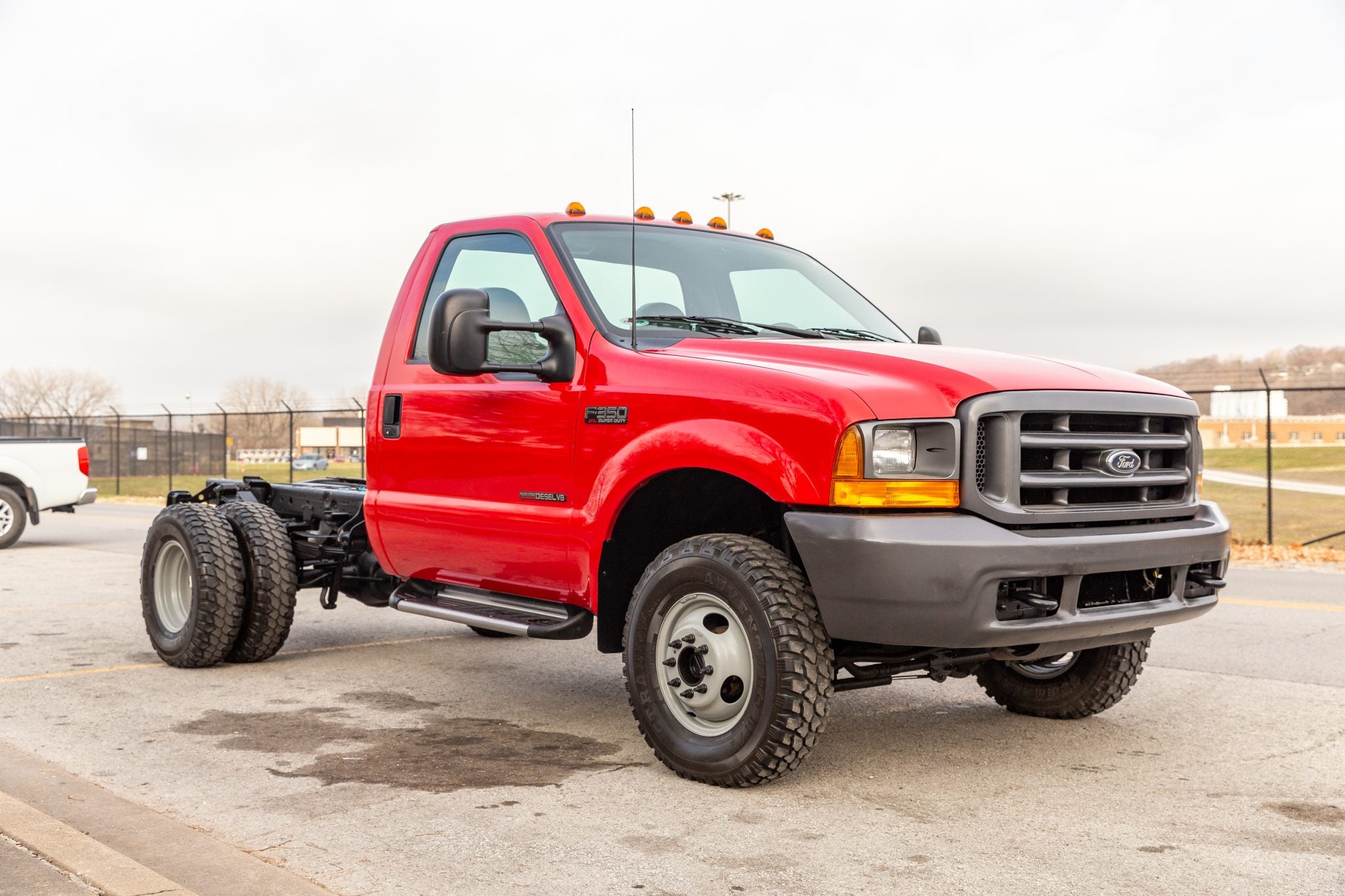 It sports the legendary 7.3L Power Stroke turbodiesel V8 under the hood, known for its unimpeachable reliability and relative simplicity compared to today’s modern engines. Good for 235 horsepower and 500 lb-ft of torque as stock, the engine’s understressed nature is credited for playing a role in its longevity. It’s a proper low-revving diesel motor, with redline marked just above 3000 rpm.

It’s relatively sparsely provisioned inside, complete with AM/FM radio as was the style at the time. The interior is trimmed in “Medium Graphite” vinyl, and by and large, the truck looks great throughout, sparing a few minor cosmetic flaws. 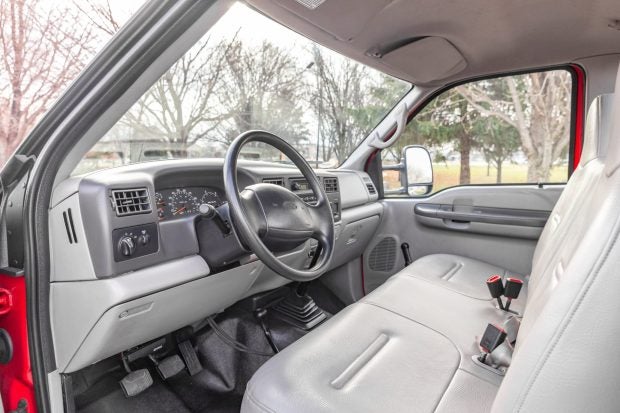 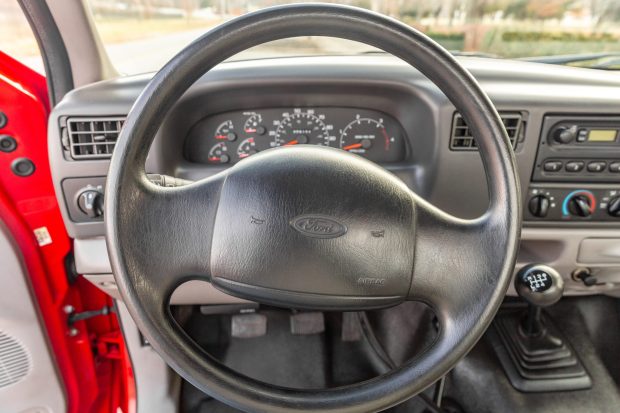 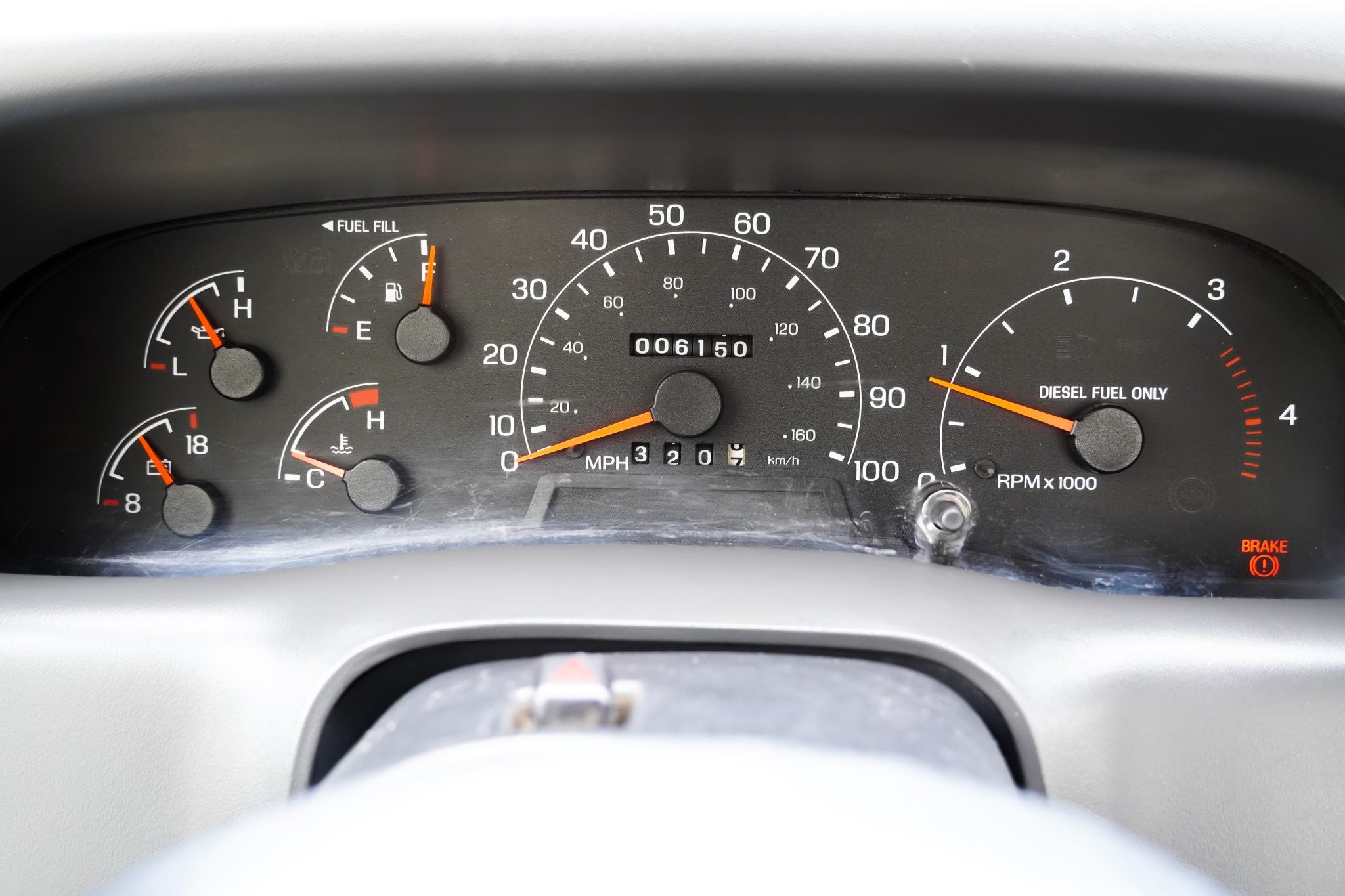 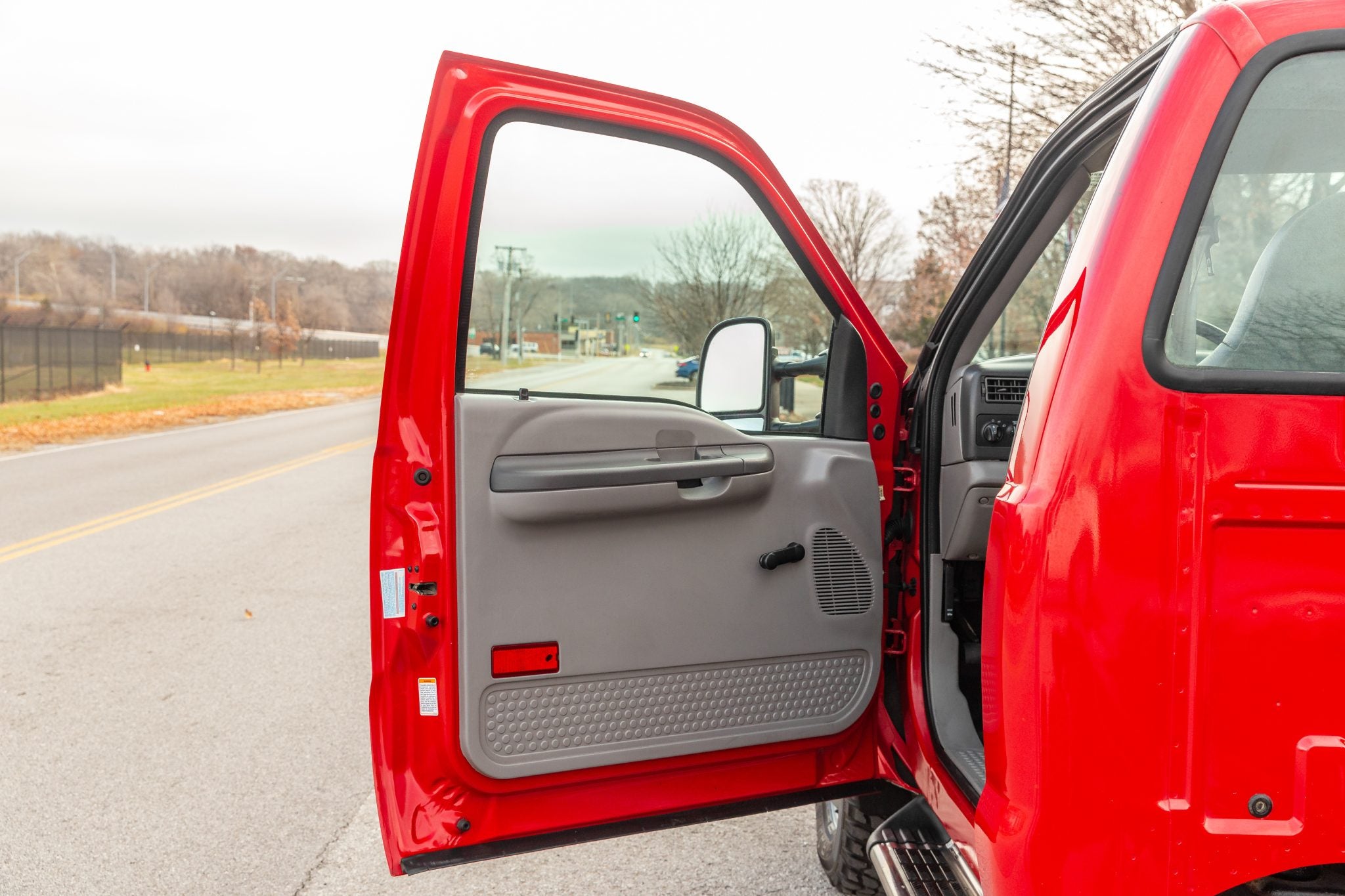 The truck was reportedly purchased new by a fire department, accounting for its bright red paint. Given the cab chassis and the previous owner, one would suspect it may have been used as a smaller firefighting apparatus. The truck overall looks too clean to have seen regular use as a working vehicle. Based on writing on the spare tire, however, it appears the vehicle may have served as a “brush truck.” These smaller firefighting vehicles are dispatched to handle minor grass fires and other small incidents. 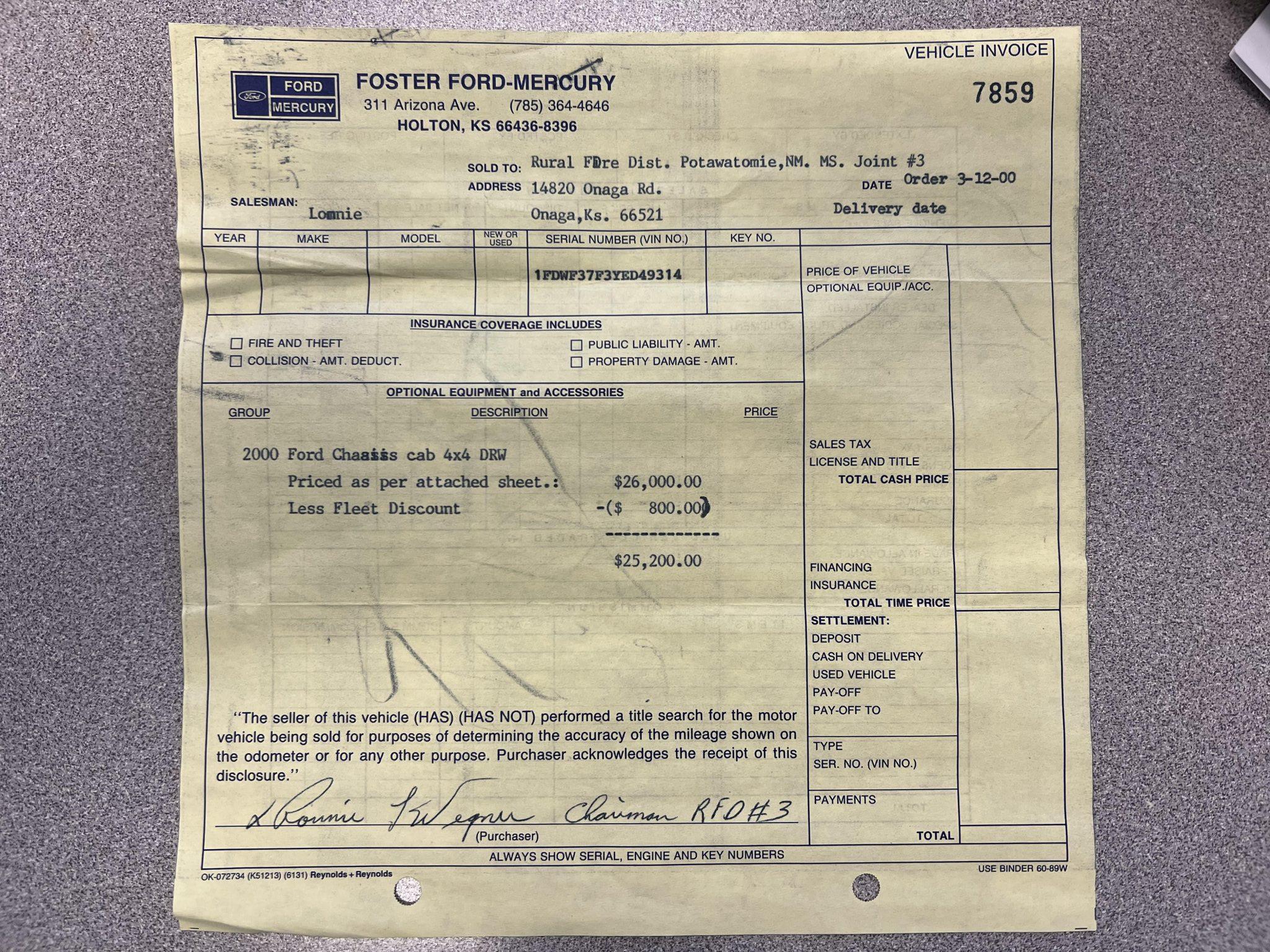 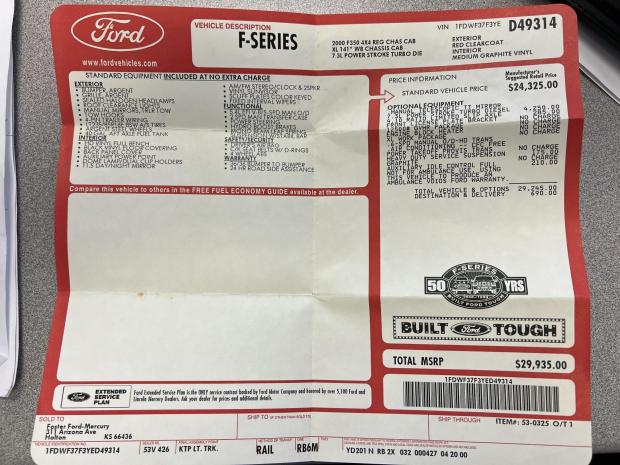 It’s a truck that ticks a lot of boxes for truck enthusiasts out there, while also being the kind of truck that isn’t exactly mass-market fodder today. Ignoring the lack of a tray, two-door cabs and manual transmissions are far from the norm when it comes to the average truck buyer. These days, the biggest sellers are usually those with more seats and there’s a trend towards luxury, too. Manual transmissions are entirely unheard of today; Ford eliminated the option on the F-350 after 2010.

Overall, it’s a great example of how scarcity can influence price, as well as the general craze around old trucks right now. While there are still a fair few manual F-350s getting about, trying to find one with the big V8, four-wheel drive, and less than 10,000 miles is an incredibly rare event. When this one came up for sale, it’s clear that someone saw $55,000 worth of value in a truck that certainly does not come along every day.