The fun-size 2022 Ford Maverick is a refreshing breath of fresh air in a world of new car bloat. And since the eclectic compact pickup is packaged with a hybrid powertrain as standard equipment on its base trim, it’s bound to get some rather great fuel economy on the street. In testing, the EPA says the Maverick scored a combined combined fuel economy rating of 37 mpg—but apparently, the truck is capable of even more than that.

First highlighted by users on Reddit, some newly-minted Maverick owners have taken to the forums this month to begin sharing their preliminary real-world mileage numbers, and the results are frankly incredible: almost 600 miles of range on a single tank. 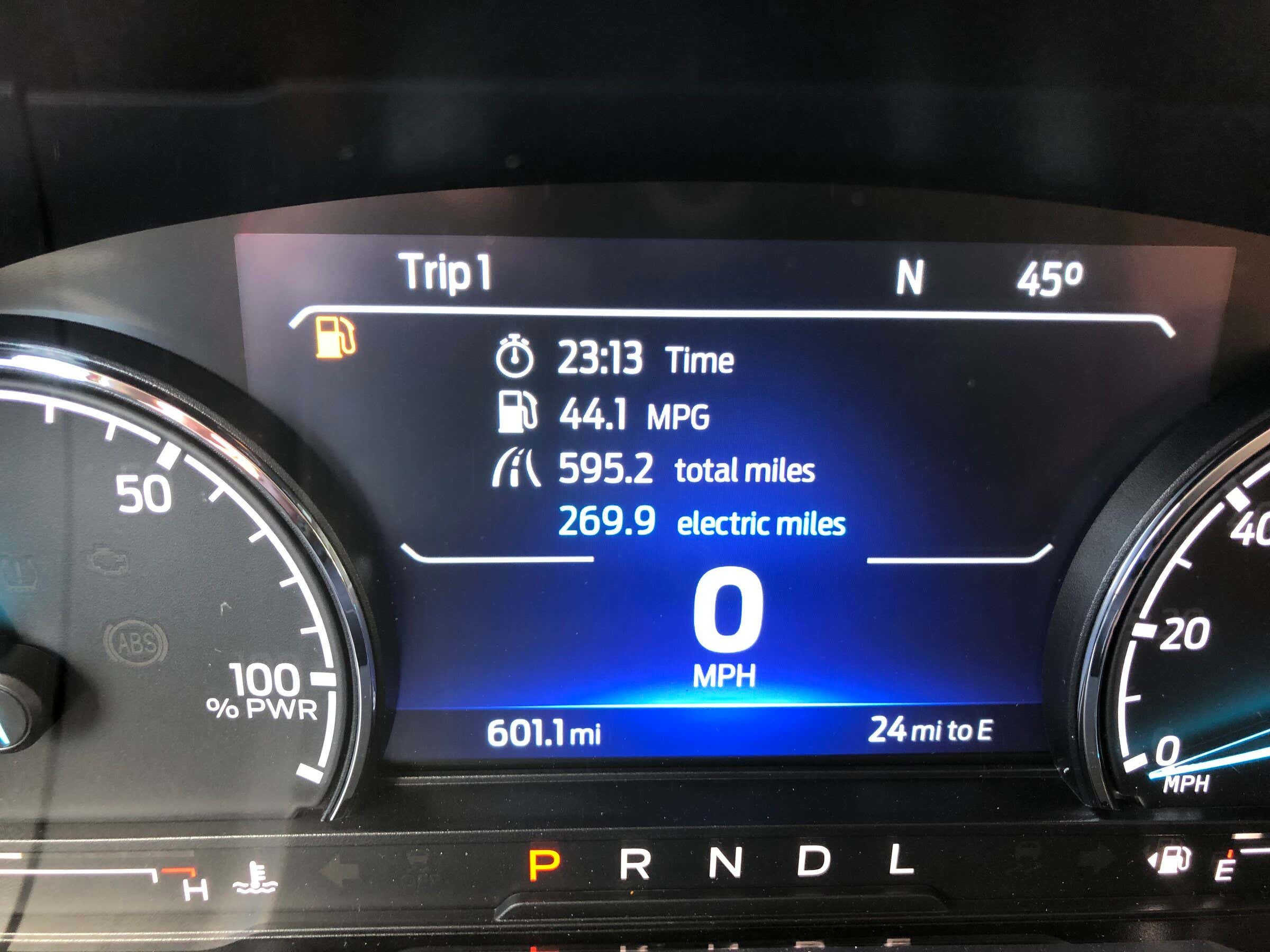 Maverick Truck Club member Mavforever posted a photo of the gauge cluster from their 2022 Maverick Lariat Hybrid ahead of its first fill-up. With an estimated 24 miles remaining, the truck had already gone an impressive 595.2 miles, meaning the potential for a 620-mile range was within reach. While unscientific, the 44.1 average mpg total calculated by the truck’s computer is nearly 20 percent above the EPA’s official number.

Of the 595 miles, the cluster shows that approximately 270 were electric—that’s nearly half of all miles traveled. Now, the Maverick has a regular parallel hybrid setup where the gas and electric powertrains are generally working together, and there is no user-selectable EV only mode. We’ve reached out to Ford to clarify whether that 269.9 figure represents distance traveled with the 2.5-liter four-cylinder engine off, or an estimate of the additional miles gained from having a hybrid altogether. Either way, the grand total is indisputable.

Lest you think this is a one-off hypermiler, another user posted a photo of their Maverick XLT Hybrid at its first refueling with their truck achieving similar ratings, reaching 575 miles on a single tank with 19 miles of range left and averaging 42.8 mpg. 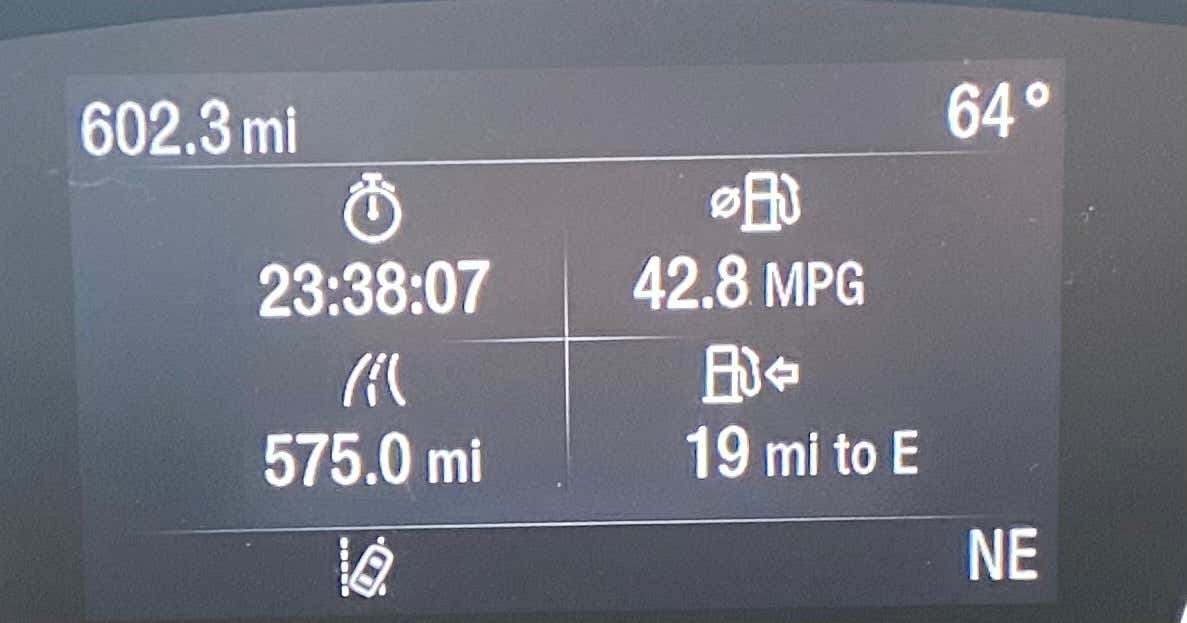 These might not be Prius or early TDI-level numbers, but it’s still damn impressive given the Maverick’s traditional shape and genuine truck bonafides like a 1,500-pound payload rating and the accompanying structural reinforcements. Ford originally promised an ambitious 500 miles per tank of range those who opted for the ultra-efficient 2.5-liter four-cylinder Hybrid—the non-hybrid 2.0-liter Ecoboost models wouldn’t be that lucky. Without accounting for the estimated additional remaining range, these pair of Maverick Hybrids average 85 miles over what Ford vowed the truck would be capable of.

These tiny trucks are still fairly new, and it’s quite possible that we’ll start seeing more impressive numbers flow in as more drivers get behind the wheel of their own Hybrid, or perhaps some practical numbers for trucks being used for their intended workhorse purposes. And all of that for around $20,000? That unquestionably high demand probably isn’t peaking anytime soon.