The Honda Civic is one of the best-selling cars of all time, and that ubiquitousness means it has a pretty active role in shaping the everyday automotive landscape around you. You see them everywhere—and soon, change is coming to that cornerstone. April 28 marks the formal unveiling of the eleventh-generation Honda Civic, which has been completely restyled with clean, straight lines that do away with the design some criticized as overwrought on the current car. You’ve seen it already, in last year’s prototype shown and this year’s leaks, but today Honda released the first real picture of the production 2022 Civic sedan. So, yeah. Here it is.

What can you glean from this drop that you don’t already know? If you’re a fan of the Civic’s newly restrained redesign, as I am, maybe you’ll note that the flat lines on the fascia accentuate the width in a way that makes the rest of the body seem well-proportioned. The equally-flat beltline also looks great, even though it ends if that weird kick-up into a fat pinch of a C-pillar that every sedan seems saddled with these days. Overall, there’s a genuine quality about the car that I find refreshing. 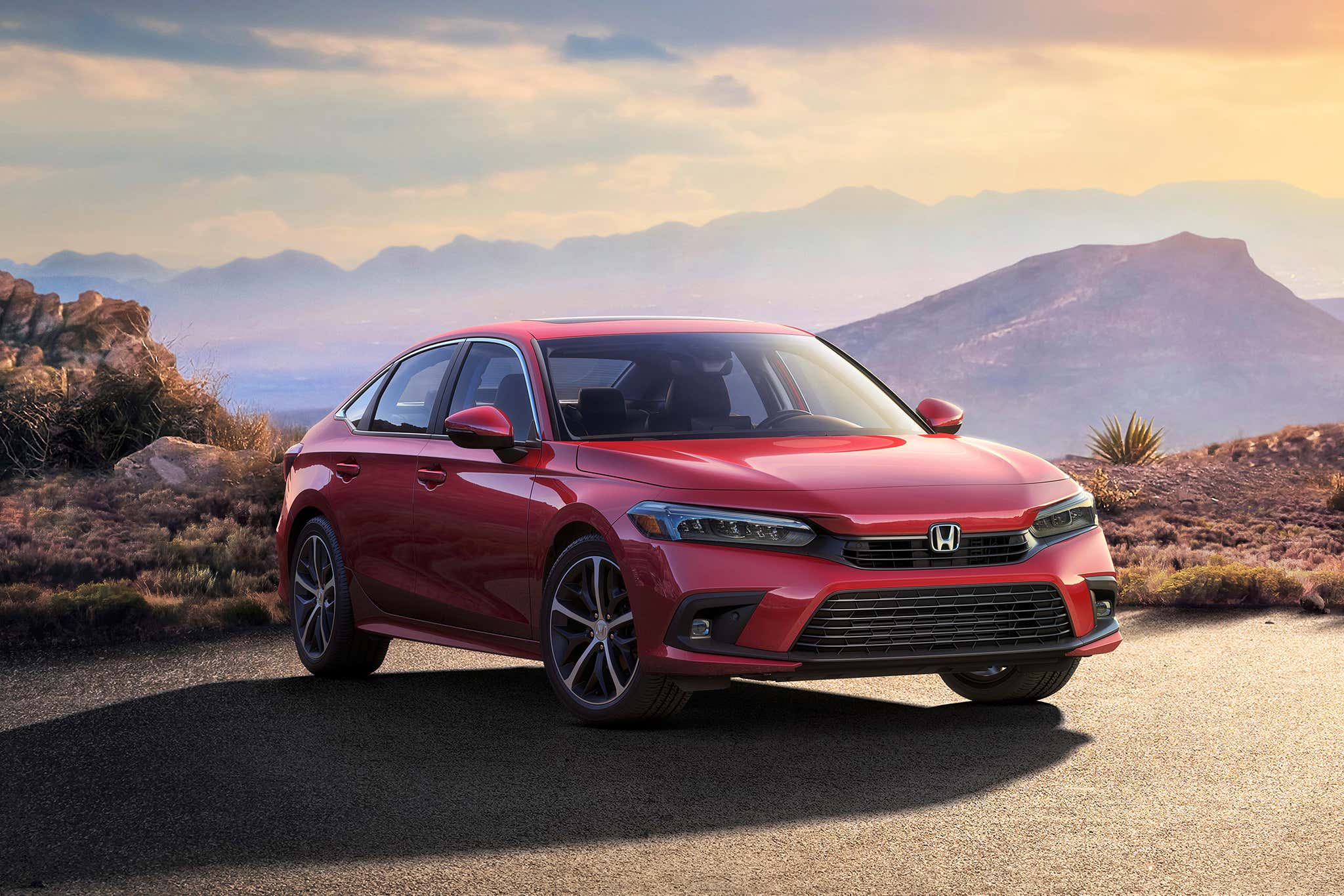 On the other hand, if you’re one of the many commenters here who’ve called it plain or awkward on past stories, you’ll probably point out that the picture was taken with a zoom lens that does a lot to flatten out its protruding nose. I was never one to bag on the current Civic’s swoops and angles, even at the extremes that the Type R pushed, but that’s also because as ever, it remained a fun and competent driver and one of the best values on the market. Likewise, I think anyone calling this one too bland will only have a lasting point if the driving dynamics are also lacking.

Honda’s almost ready to begin mass production of the sedan, so ready or not, the 2022 Honda Civic is about to land. Look for the full details on the powertrain, features and other specs on April 28—just like the prototype last year, the reveal event will be streaming on Twitch.

Got a tip about the new Civic? Send us a note: [email protected]