Mercedes-Benz is clearly feeling bullish about the EV market. This year, Mercedes-Benz is introducing four EV models, including the EQB, modeled on the brand’s existing gas-powered GLB. The new all-electric compact SUV will be launched in the U.S. as the EQB 300 4Matic and 350 4Matic with 225 and 288 horsepower, respectively.

Available as a two-row five-seater or three-row seven-seater, the compact SUV will feel very similar to the GLB with its boxy shape, but it will sound very different. The Stuttgart-based automaker knows to stick with what its customers like; its entire new lineup looks just like the brand’s fuel-using counterparts. 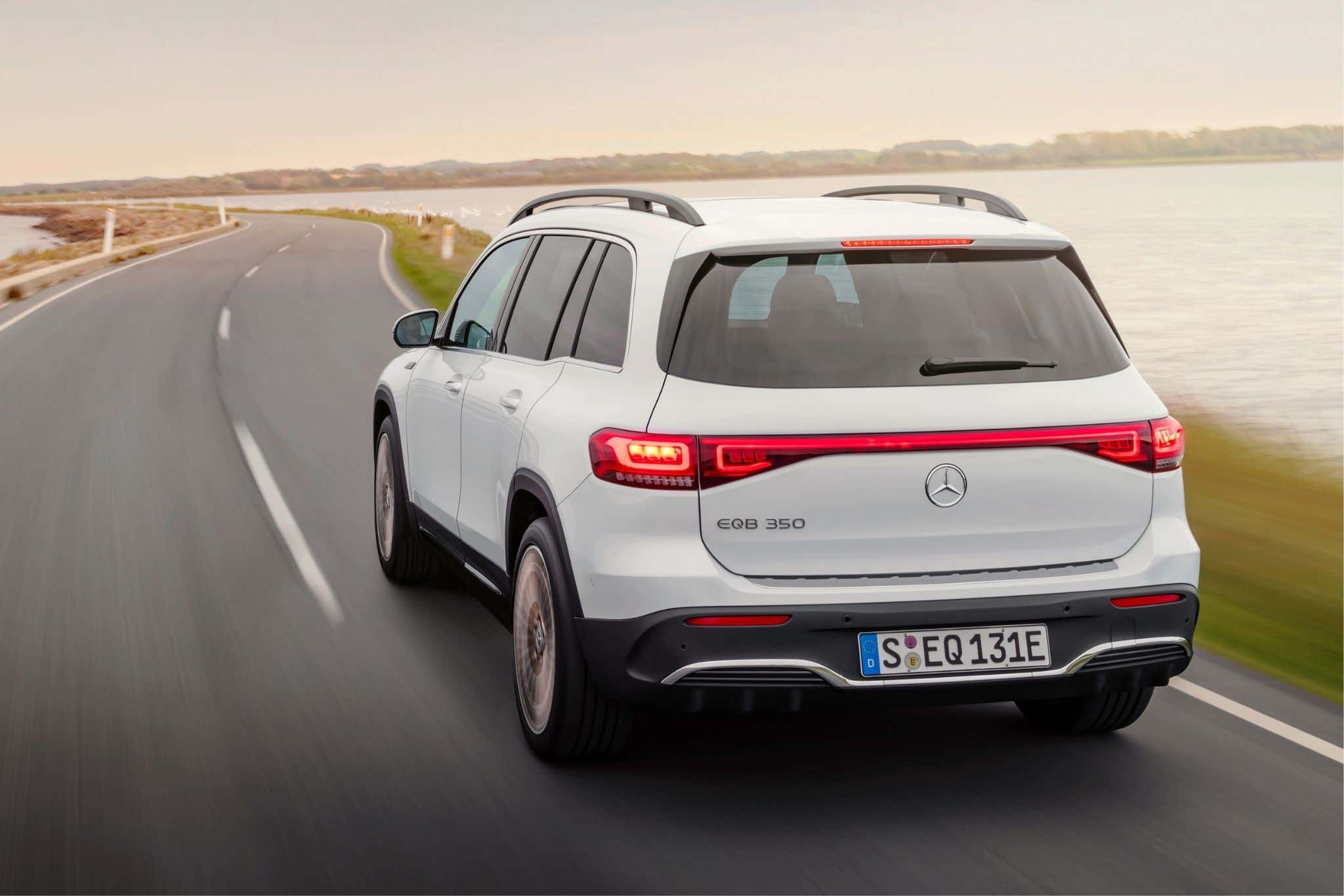 “With the new EQB we have designed an iconic electric SUV which incorporates the box forms of our off-roaders and projects them into the future,” says Chief Design Officer of the Daimler Group Gorden Wagener.

The five-seat version of the EQB is 184.4 inches long, with 38.5 inches of headroom and 3.4 inches of knee space in the second row. This is a compact SUV, after all, so don’t expect the third row to be particularly roomy: even Mercedes-Benz says the back row is intended for people who are no taller than 5’4”.

To give it more options for safety and space, Mercedes-Benz added retractable head restraints, seat belts with belt tensioners and force limiters on the outer seats, and a side window airbag that covers passengers in the second and third row. When not in use, the third row can be folded flush into the trunk area for a flat surface. 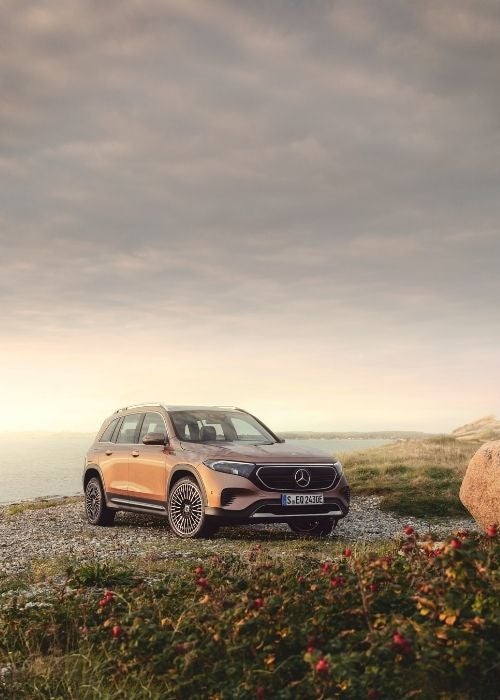 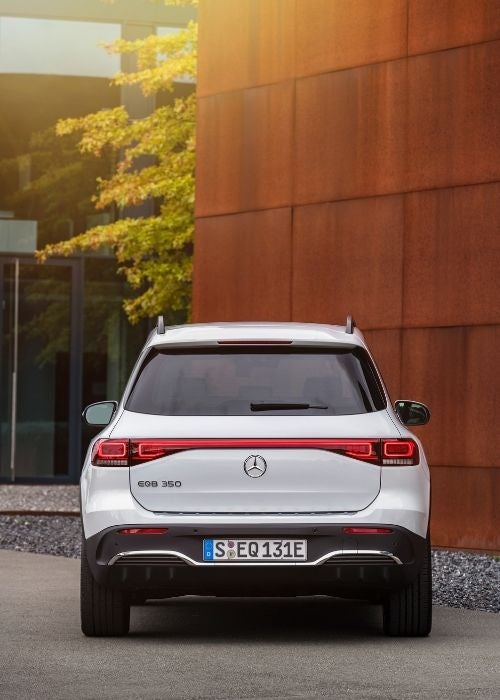 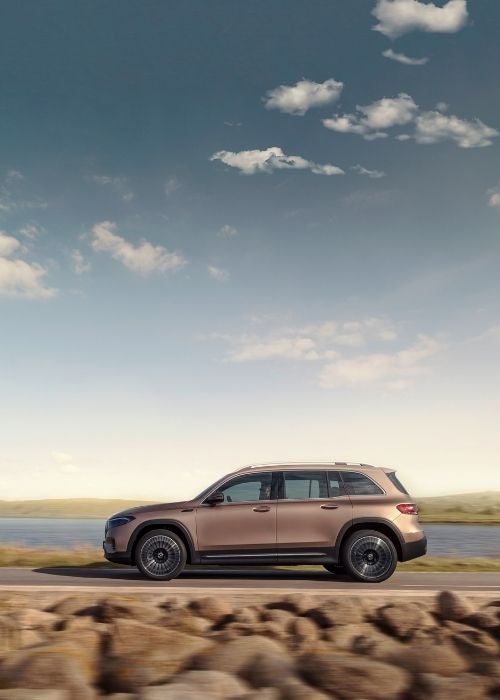 Like the GLB, the EQB has a coefficient drag of 0.28, with a closed air control system, nearly completely enclosed underbody, Aero wheels, and aerodynamic front and rear wheel spoilers. While it looks very much like its gas-drinking sibling, the EQB includes visual clues to its electric powerplant like a backlit trim piece, continuous light strip front and rear, a horizontal fiber-optic strip between the daytime running lights and headlamps, and the instruments sport EV-specific rose gold and blue highlights. 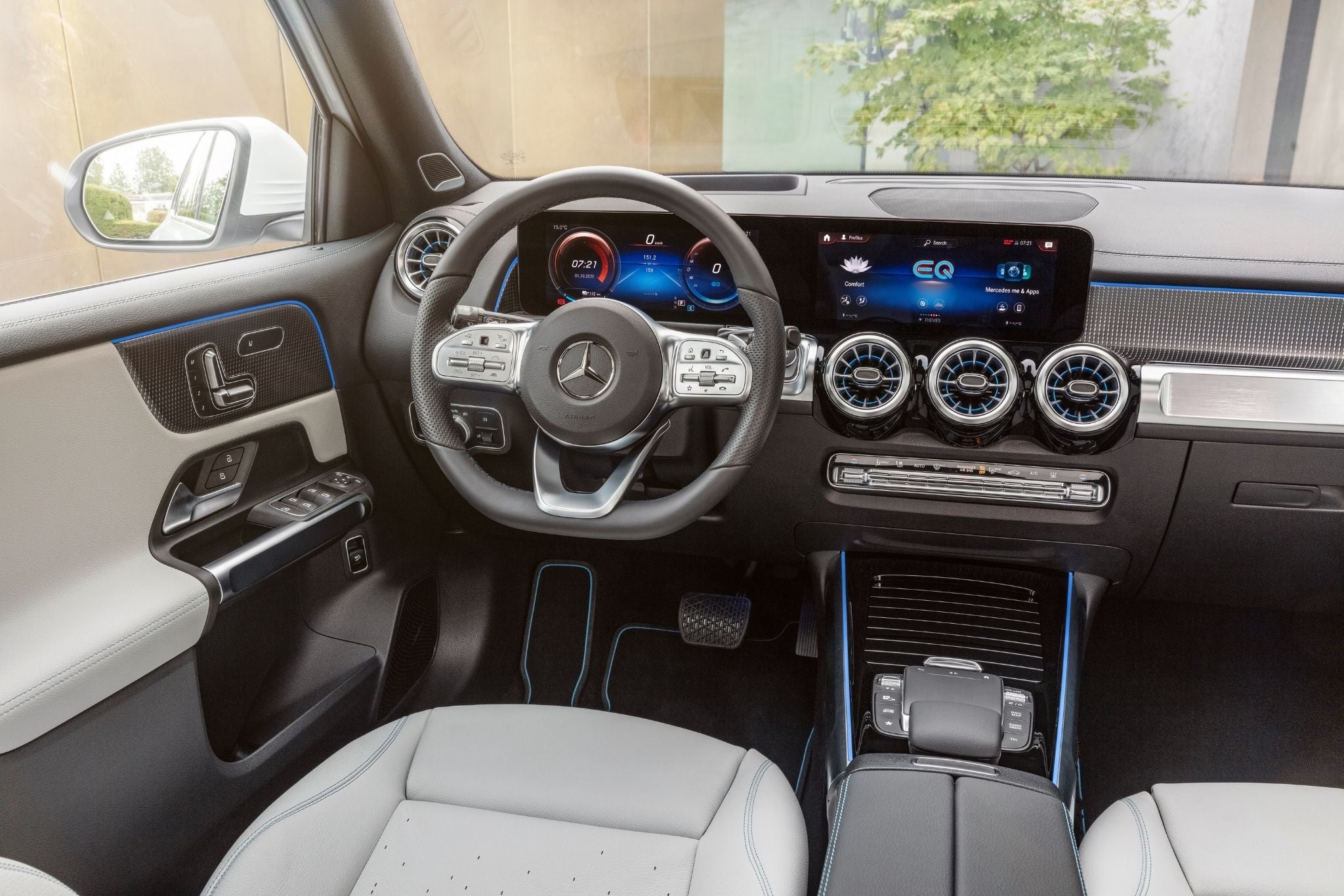 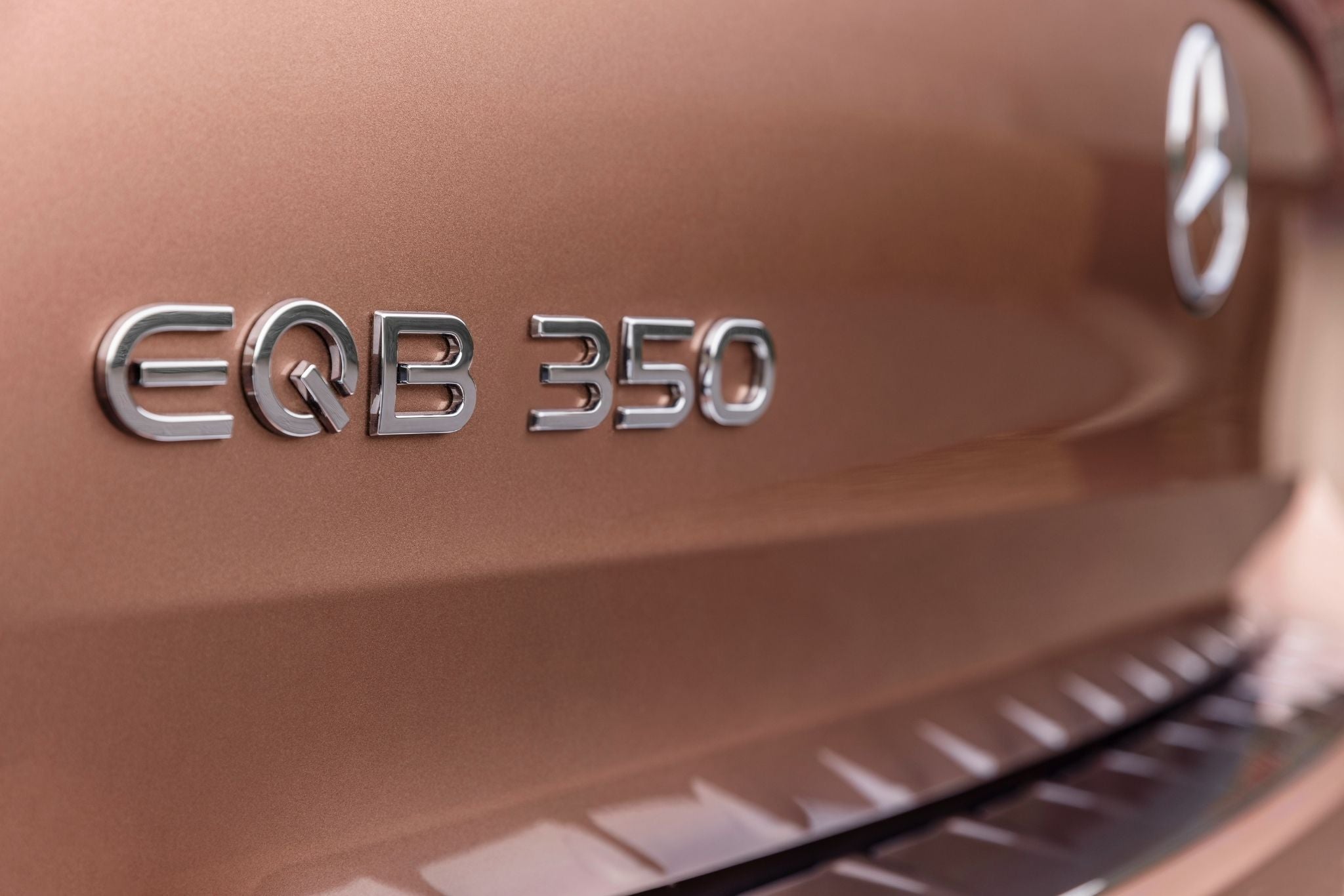 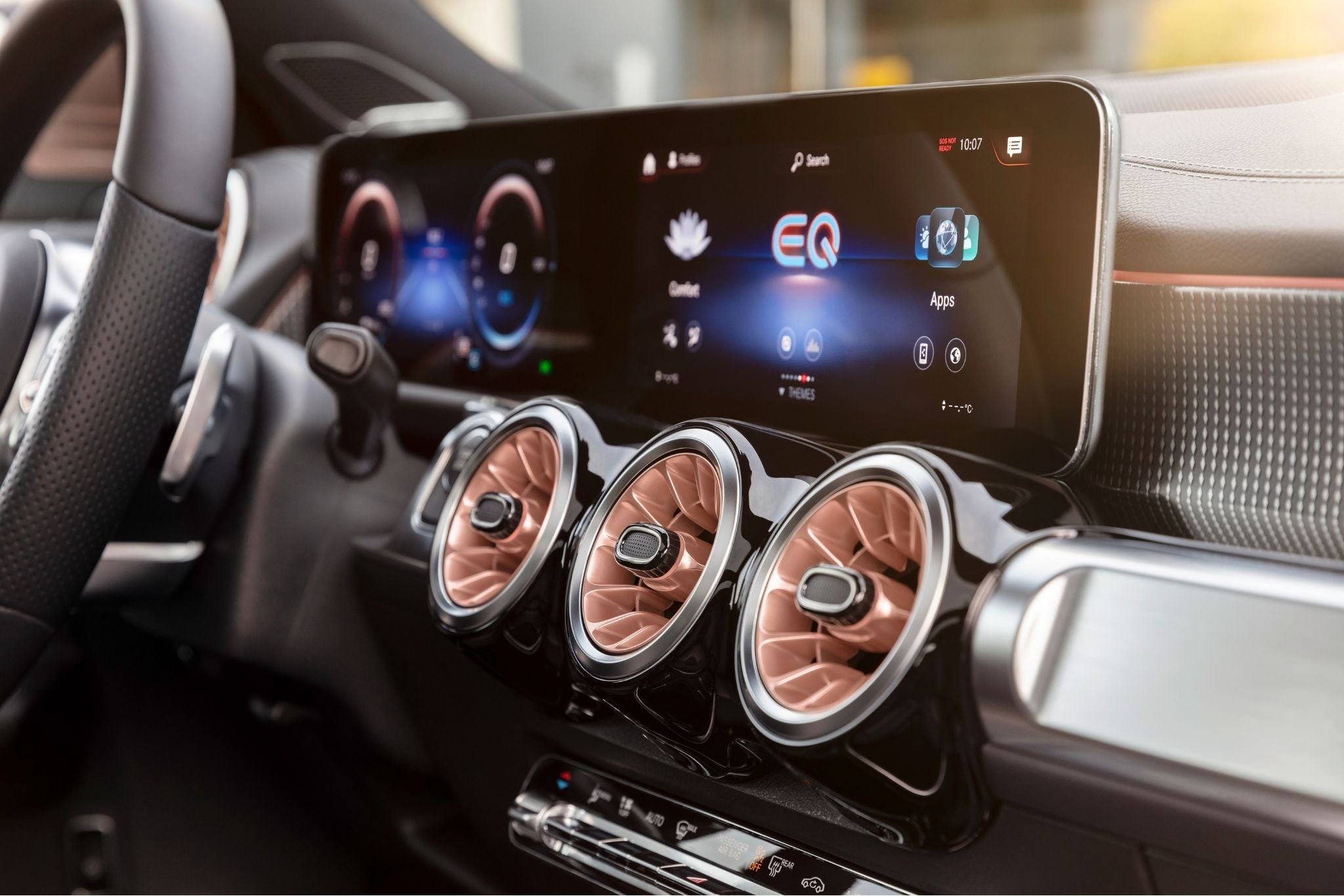 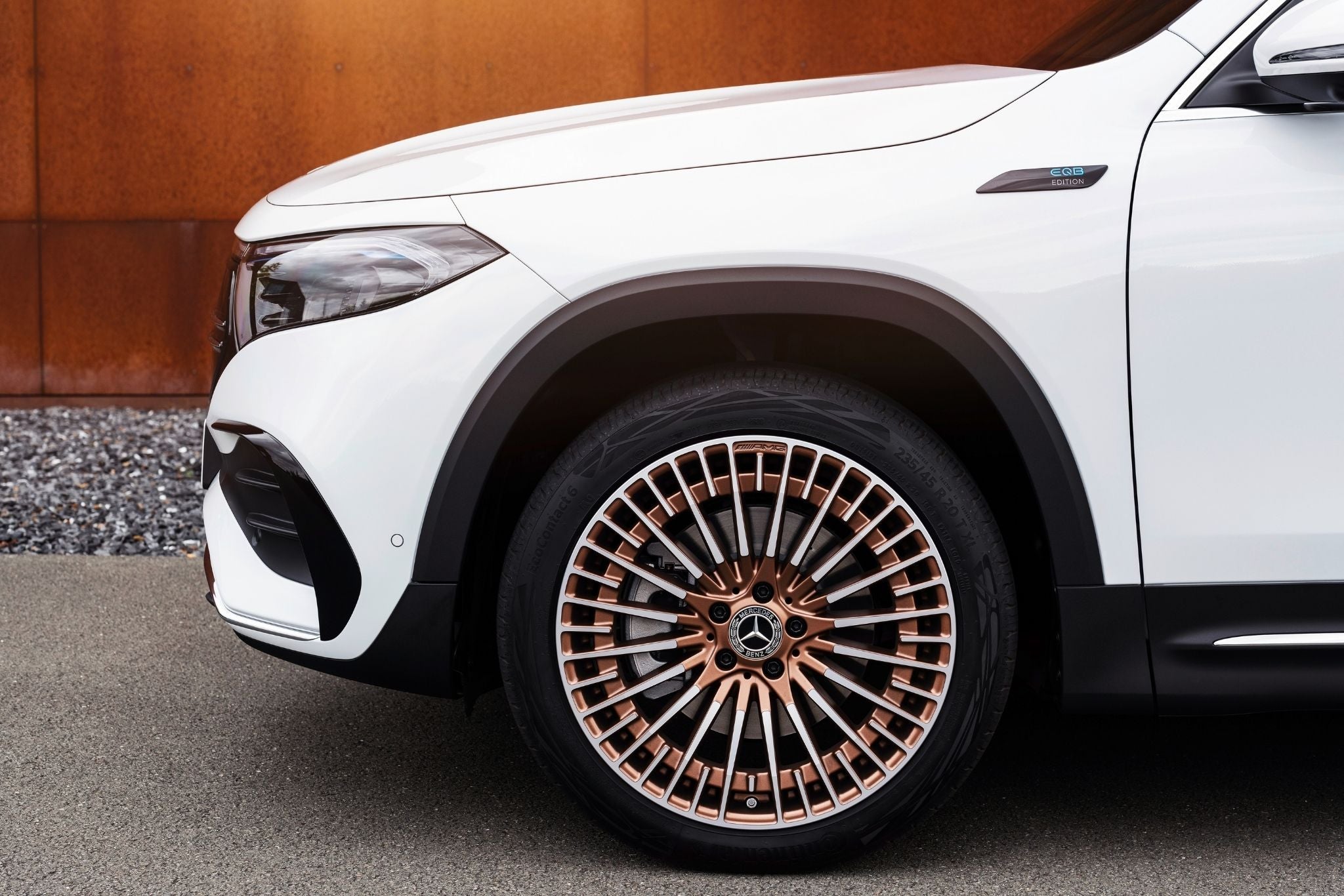 No word yet on pricing, but the EQB is expected to be in the proximity of the GLB, which is Mercedes-Benz’ gateway SUV for new buyers, at about $38,000.

Production of the EQB will start this month as the first all-electric vehicle produced at the Hungarian Mercedes-Benz plant in Kecskemét for the global market and will be built in Beijing for China. The new EQB will launch in Europe and China at the end of the year, followed by the US launch next year. As we reported last December, Mercedes-Benz’s Tuscaloosa, Alabama plant will produce some of the brand’s EVs in 2022 as well.