The 2023 Honda HR-V made its official debut today and it’s strutting the catwalk with a new attitude. The HR-V is the smallest crossover in the Japanese automaker’s lineup, and while it doesn’t get as much press as some of Honda’s other models, it has an impressive fan base. In 2021, Honda sold 137,090 HR-Vs, which is more than the number of Odyssey minivans and Passport SUVs combined.

The 2022 HR-V was based on the underpinnings of the Fit. Although the new Honda Fit won’t be sold in the U.S. (sad trombone sound), I was hoping the new HR-V would share some of its components with the overseas model, but Honda says it is based on the Civic—which isn’t a bad thing at all. We also know that the 2023 HR-V will arrive in the U.S. with an upgraded engine and a new independent rear suspension, which should improve the fun factor behind the wheel. 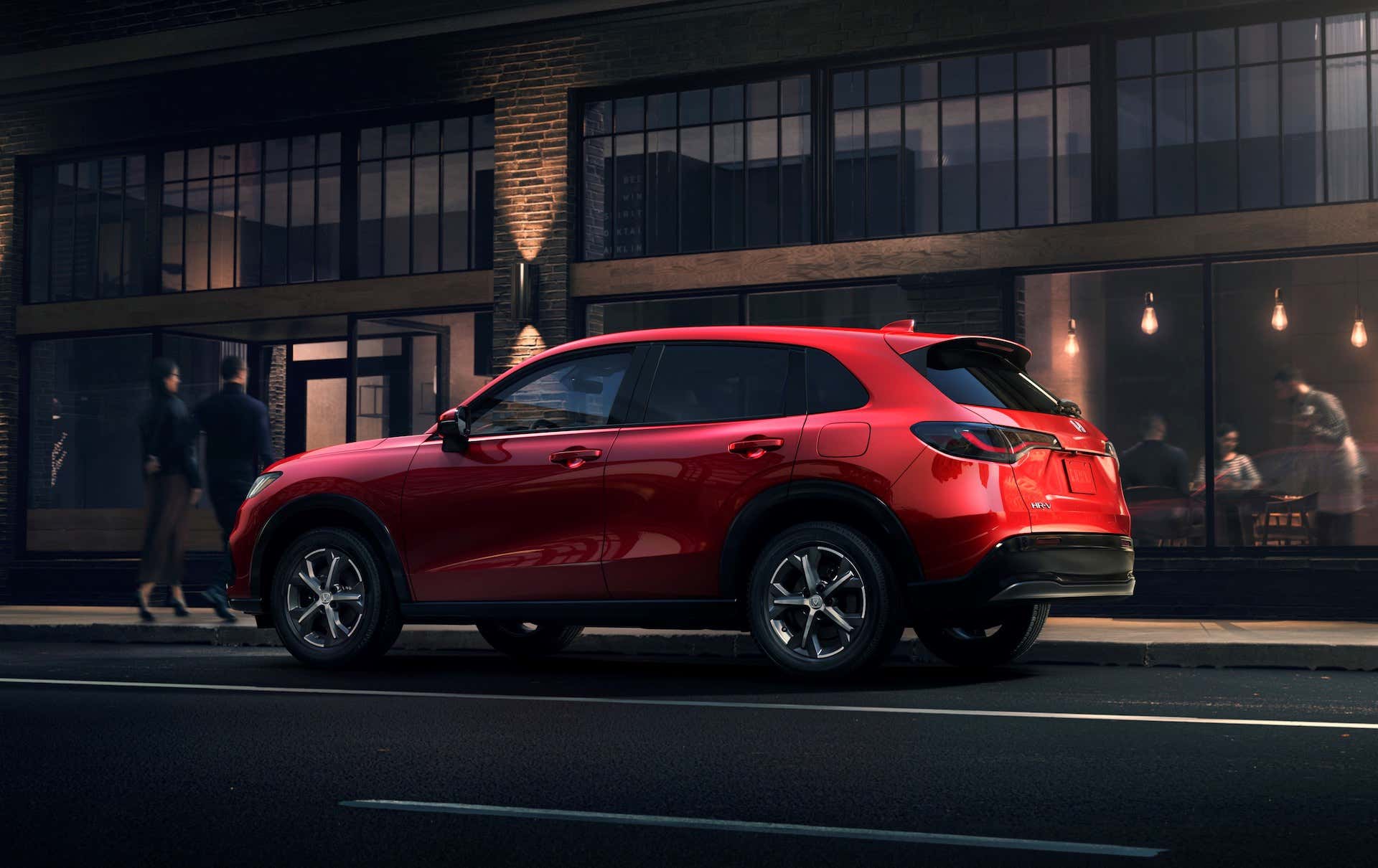 From the photos, it appears the new grille design is a major improvement over the previous version. Now larger and more pronounced, the look echoes the octagonal honeycomb shapes of the 11th-generation Civic, capped with a longer, more sculpted hood. Knowing the larger CR-V is also based on the Civic (and the Integra) and it’s currently Honda’s best-selling model, that’s a smart move.

Wide-set LED headlights and taillights enhance the shape of the greenhouse, and door-mounted mirrors are new. Overall, the new HR-V is larger and features a longer wheelbase and wider stance, and it’s a nice update to its first-gen design. 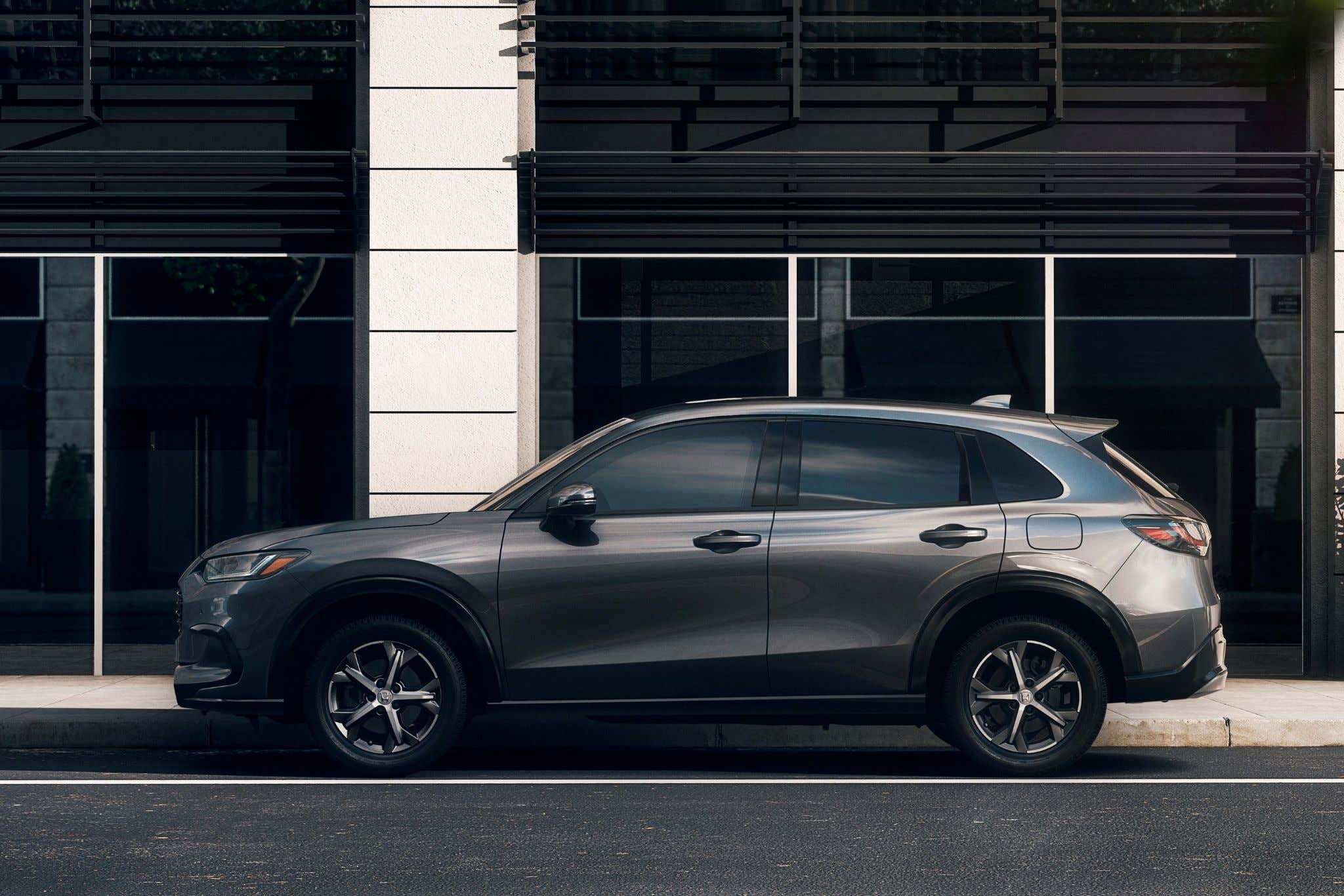 The 2023 HR-V will be available in four trims (LX, Sport, EX and EX-L) and powered by a 1.8-liter four-banger making 141 horsepower and 127 pound-feet of torque. It has a continuously variable automatic transmission and you can get it in front-wheel drive or all-wheel drive as an option. In Europe, the 2022 HR-V was launched with a hybrid, so it would not be a surprise if this new American-market model receives a version of that soon.