We already saw the Japanese-market version of this car last week but making its official debut at the Los Angeles Auto Show is the U.S.-spec 2023 Subaru Solterra. It’s the brand’s first-ever electric car and, as you might remember, the twin to Toyota’s bZ4X.

Essentially, it’ll be to the bZ4X what the BRZ is to the GR86. It sports slightly different styling but much of the same hardware underneath. That’s not to say it’s a total copycat, though. 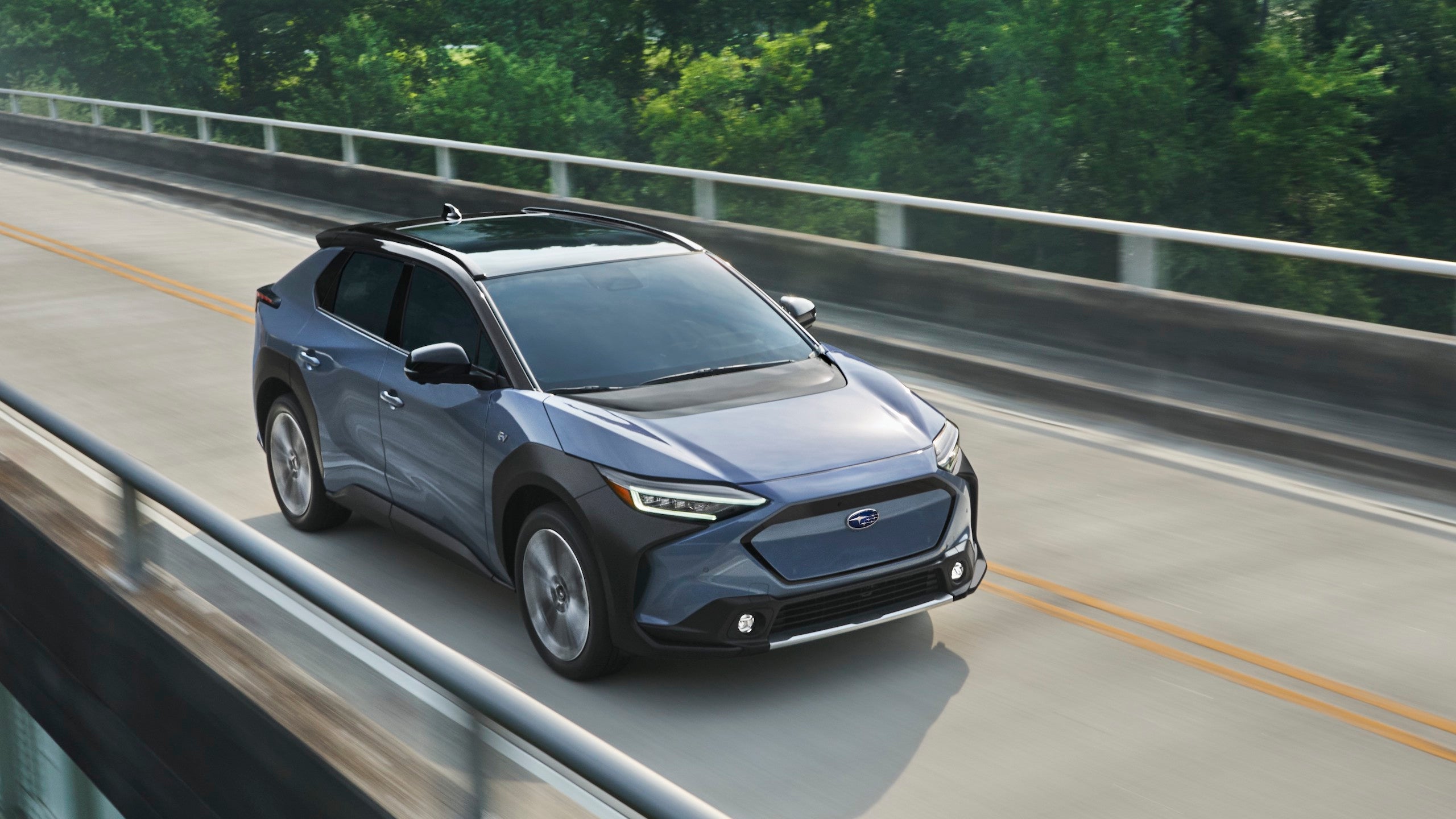 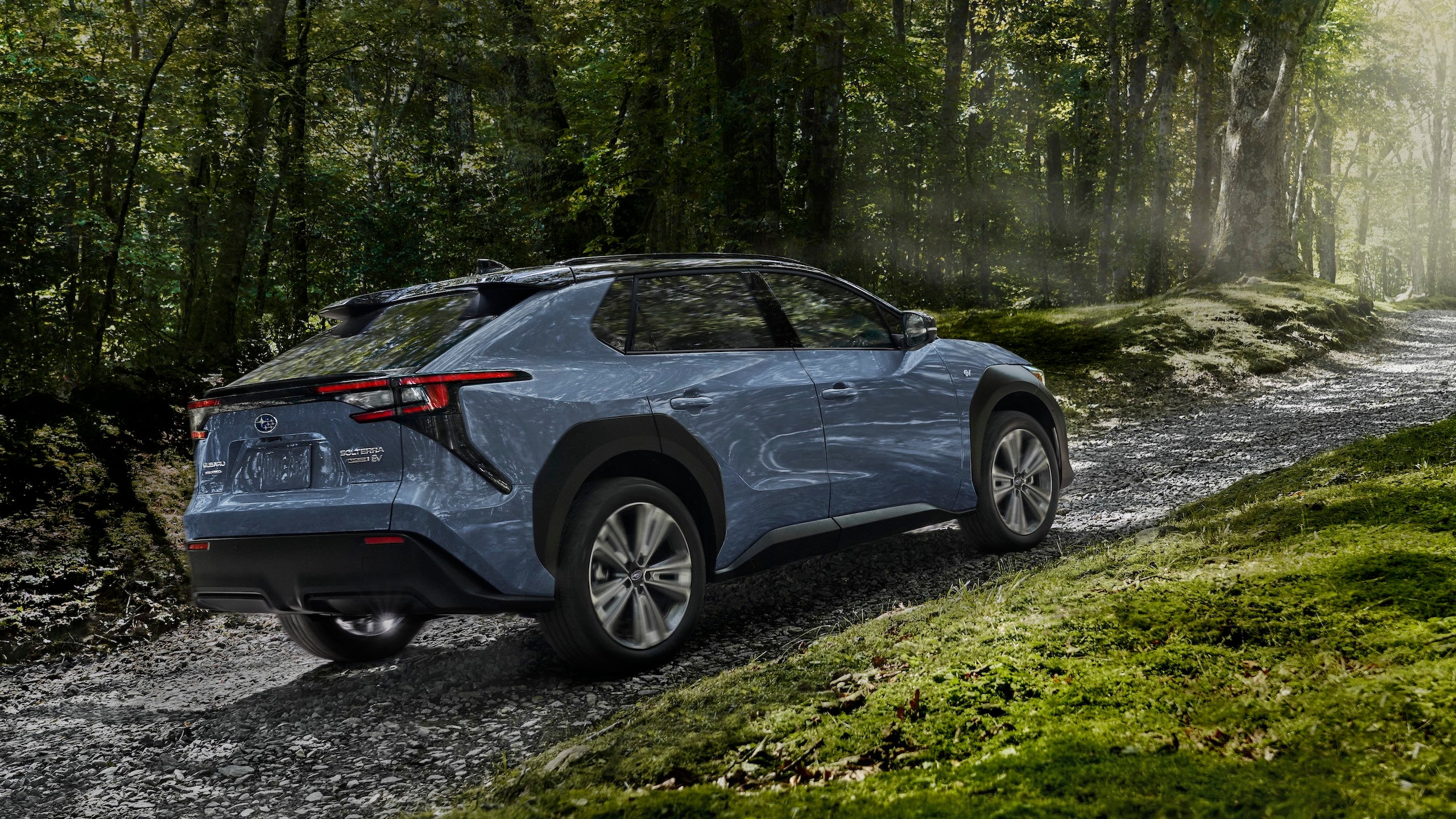 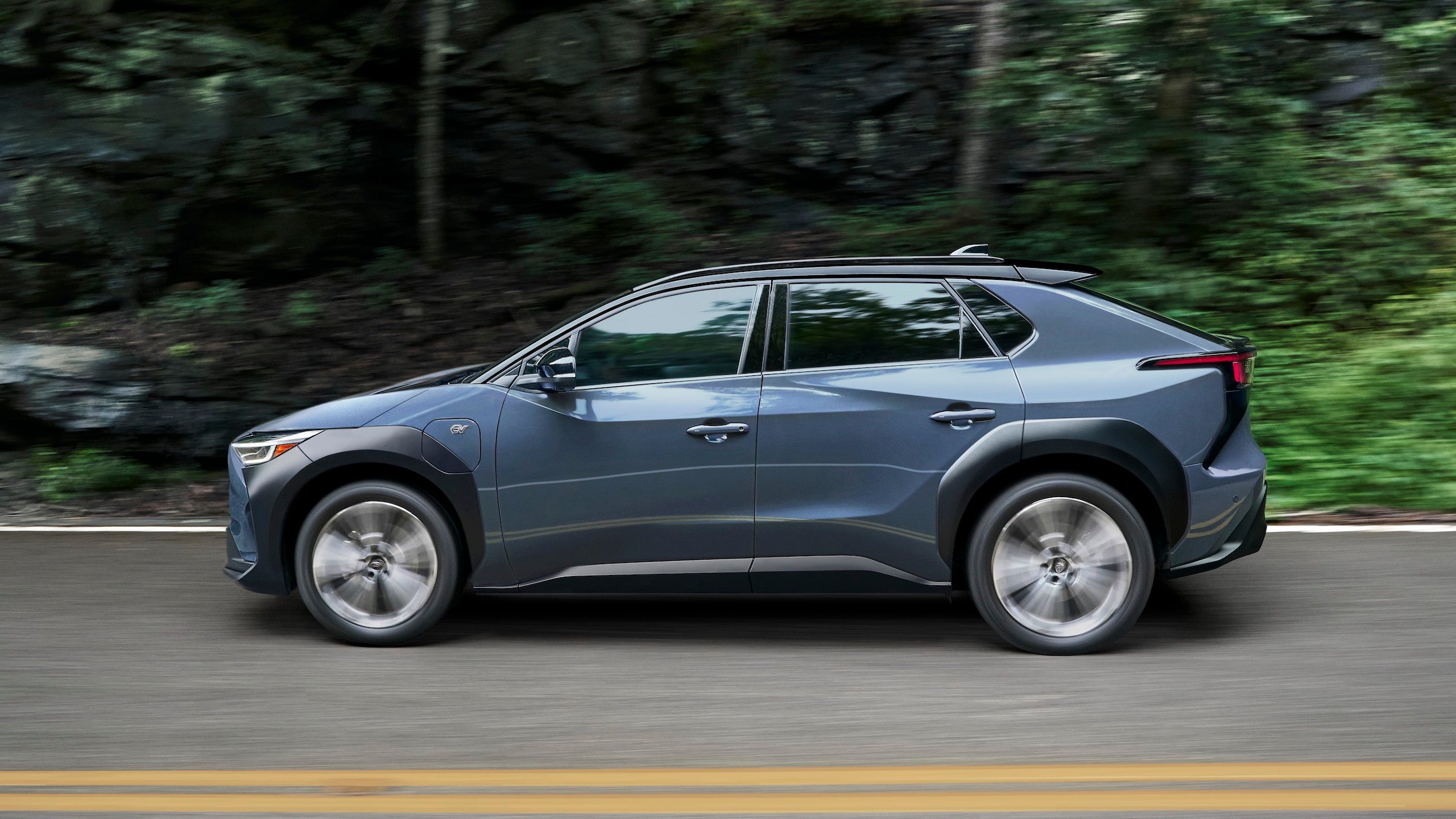 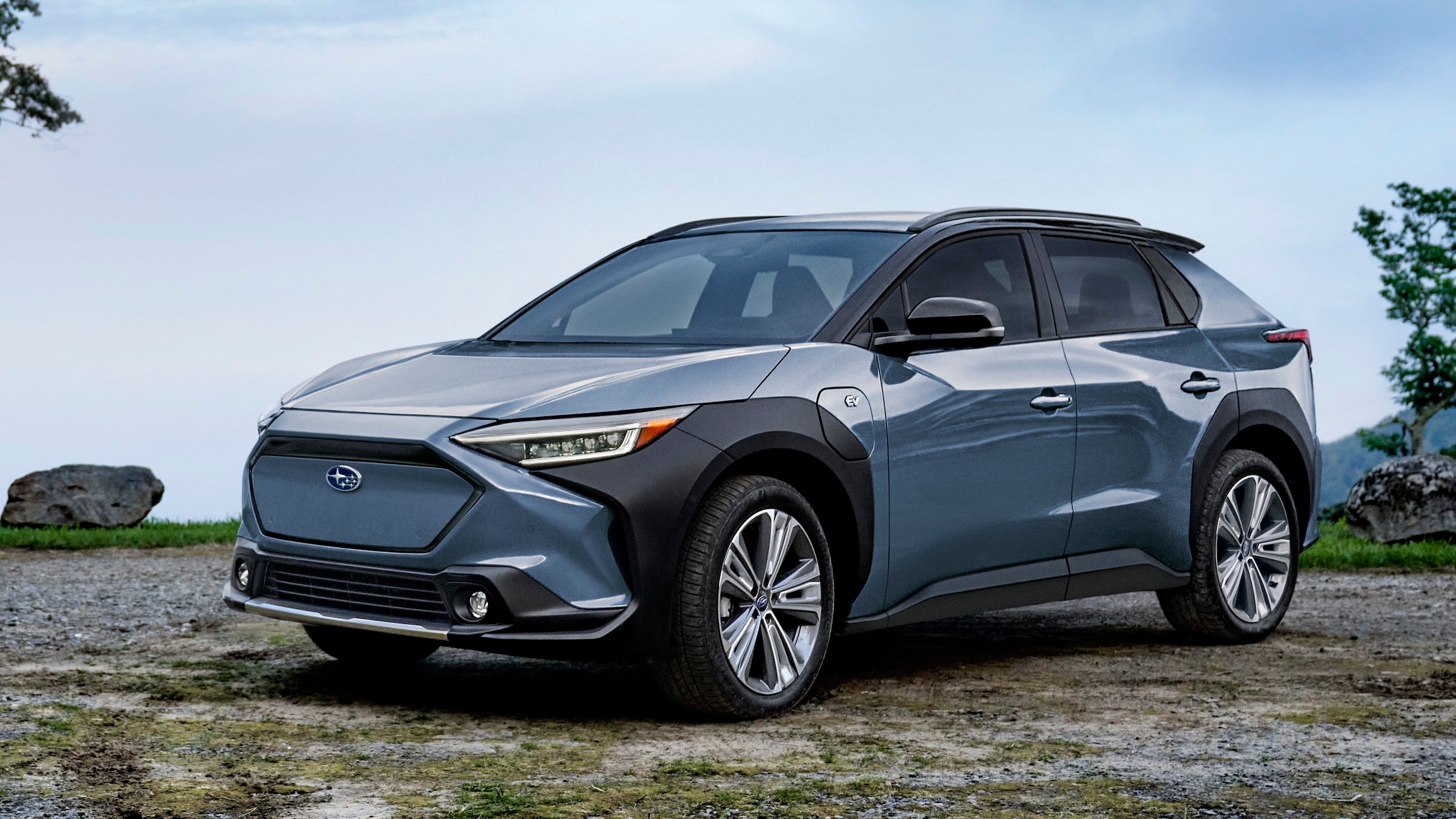 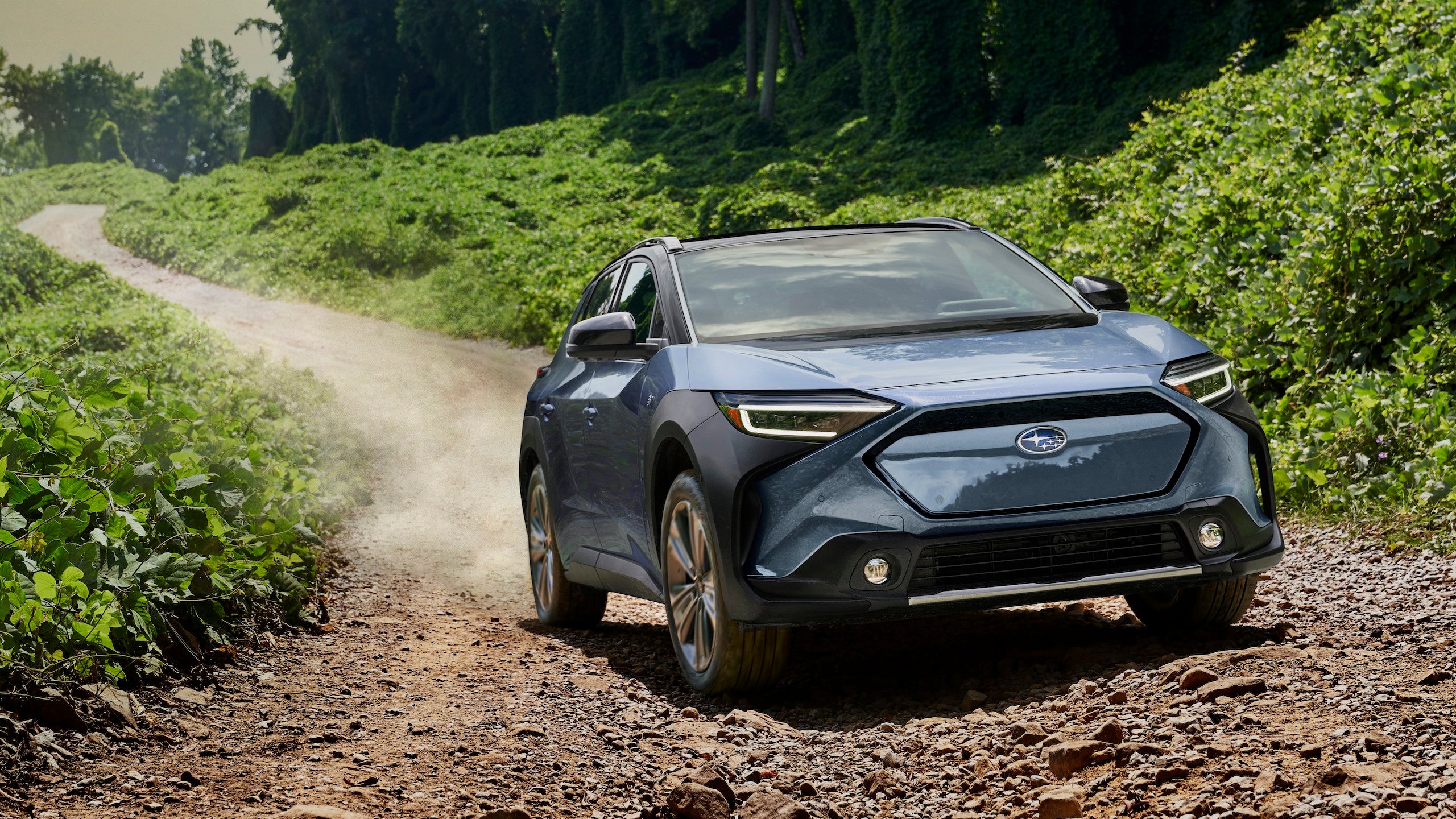 As for the Solterra’s key EV metrics, Subaru is, for the moment, remaining relatively vague. Official EPA numbers will understandably have to wait until a later date but the automaker is “estimating” 220-plus miles of range out of the car’s lithium-ion battery. Level 3 DC fast charging is, of course, supported with Subie claiming “significant charge in under an hour.”

While the Japanese Solterra can be had with all- or front-wheel drive, the American-market car will come standard and exclusively with symmetrical all-wheel drive. It even has X-Mode, hill ascent, and descent assists just like other off-road-ready Subaru crossovers. Ground clearance stands at 8.3 inches—0.4 inches less than a regular, non-Wilderness Outback—while dual electric motors produce a total of 215 horsepower and 248 pound-feet of torque. 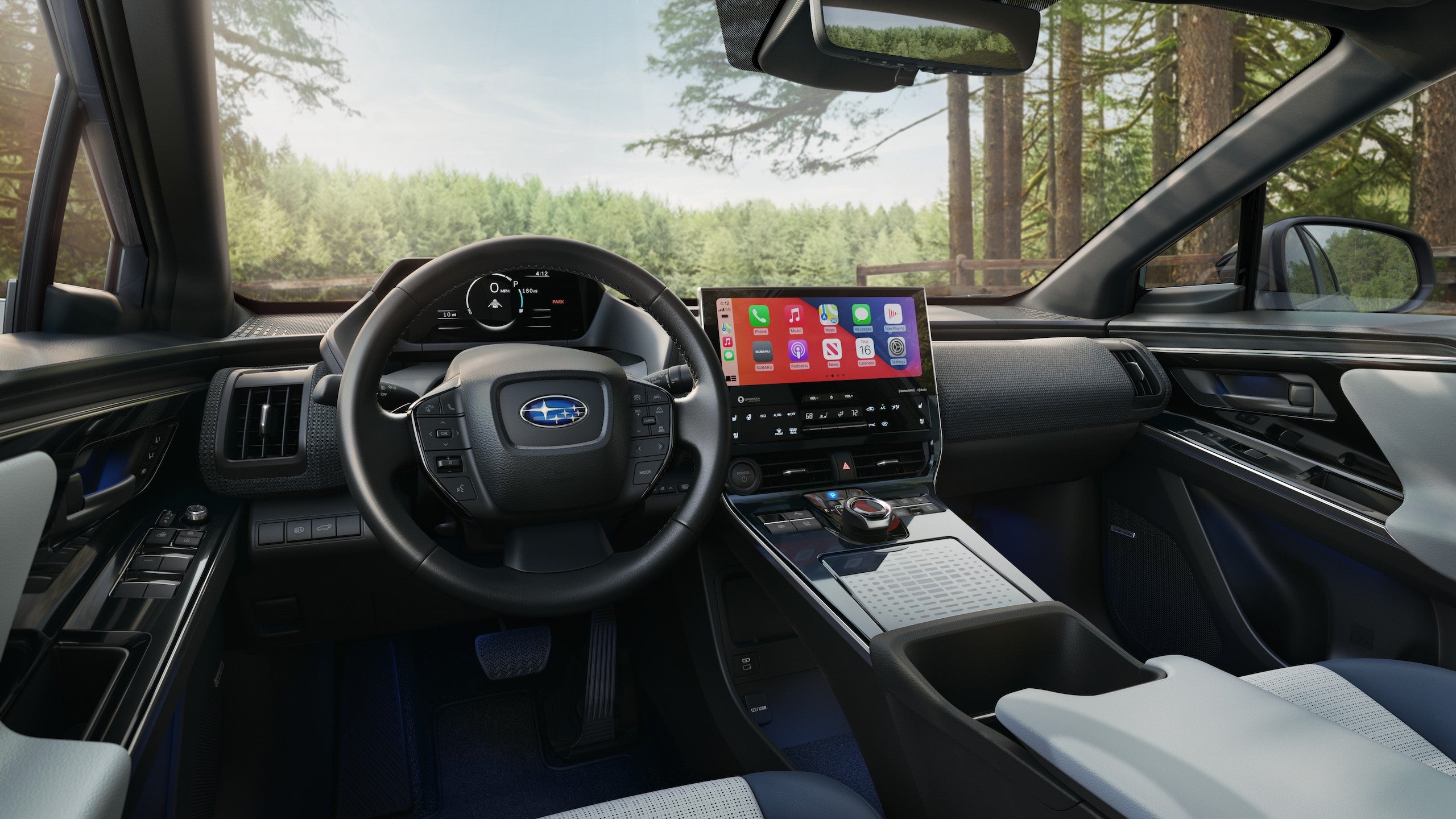 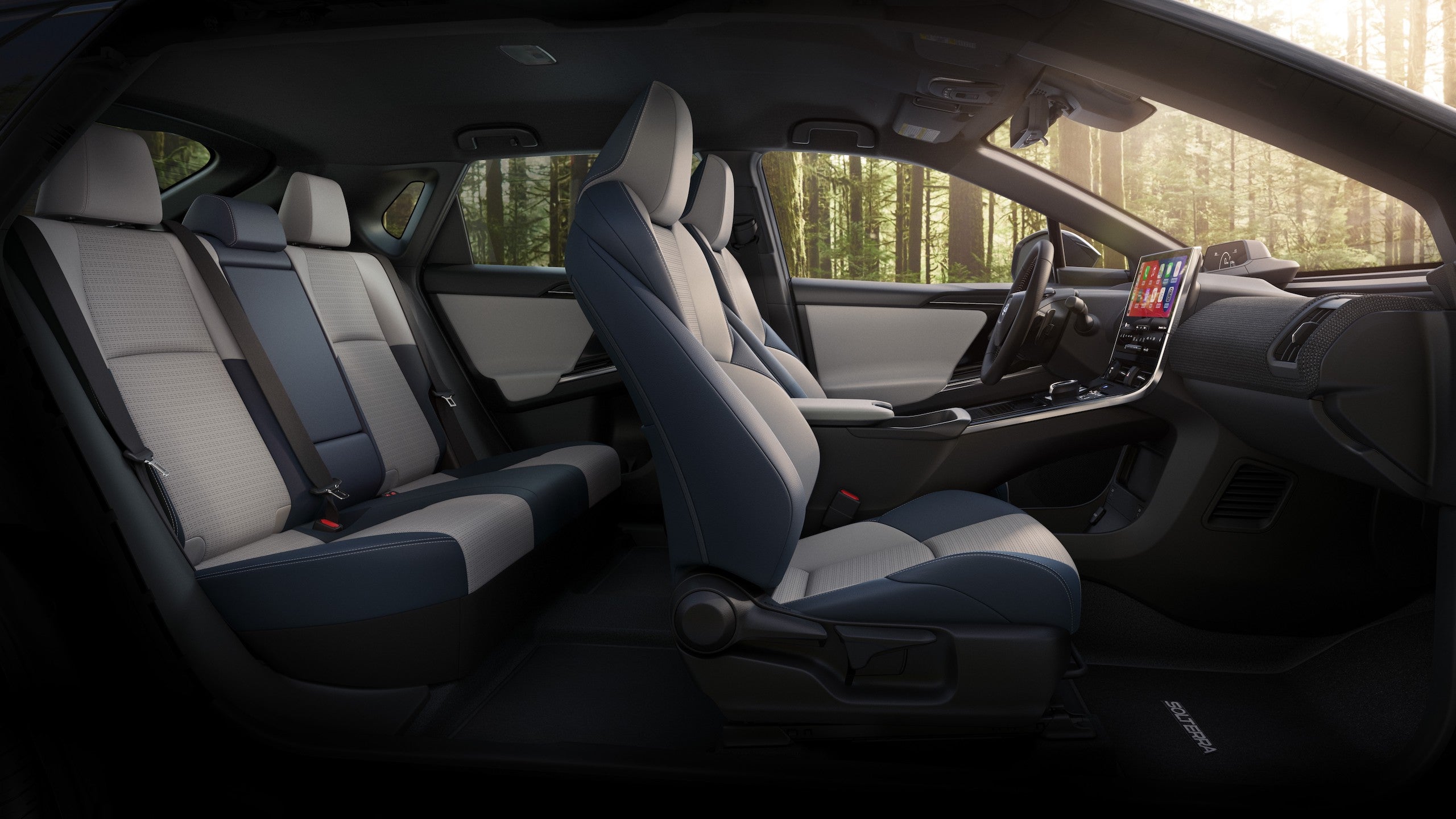 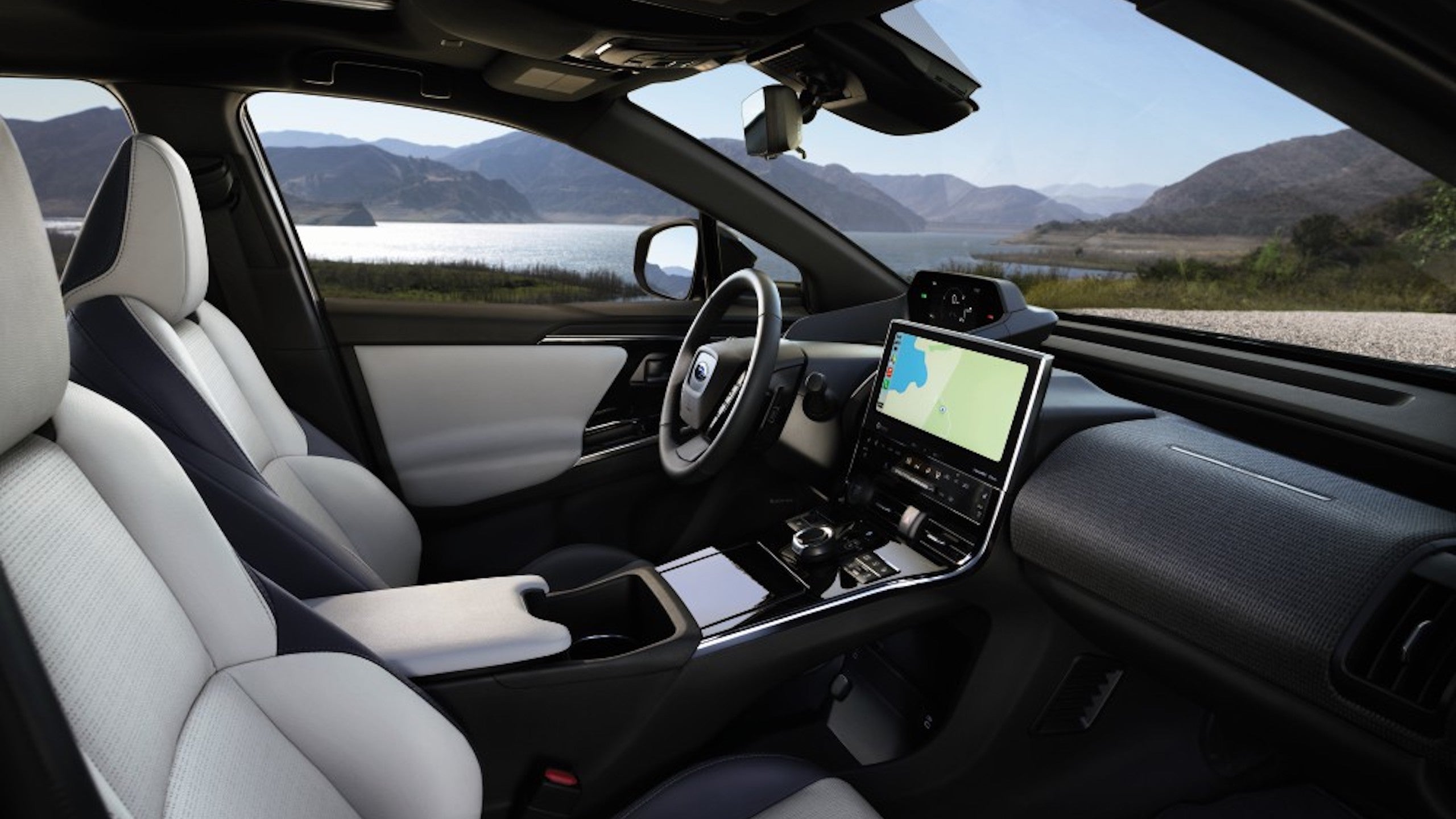 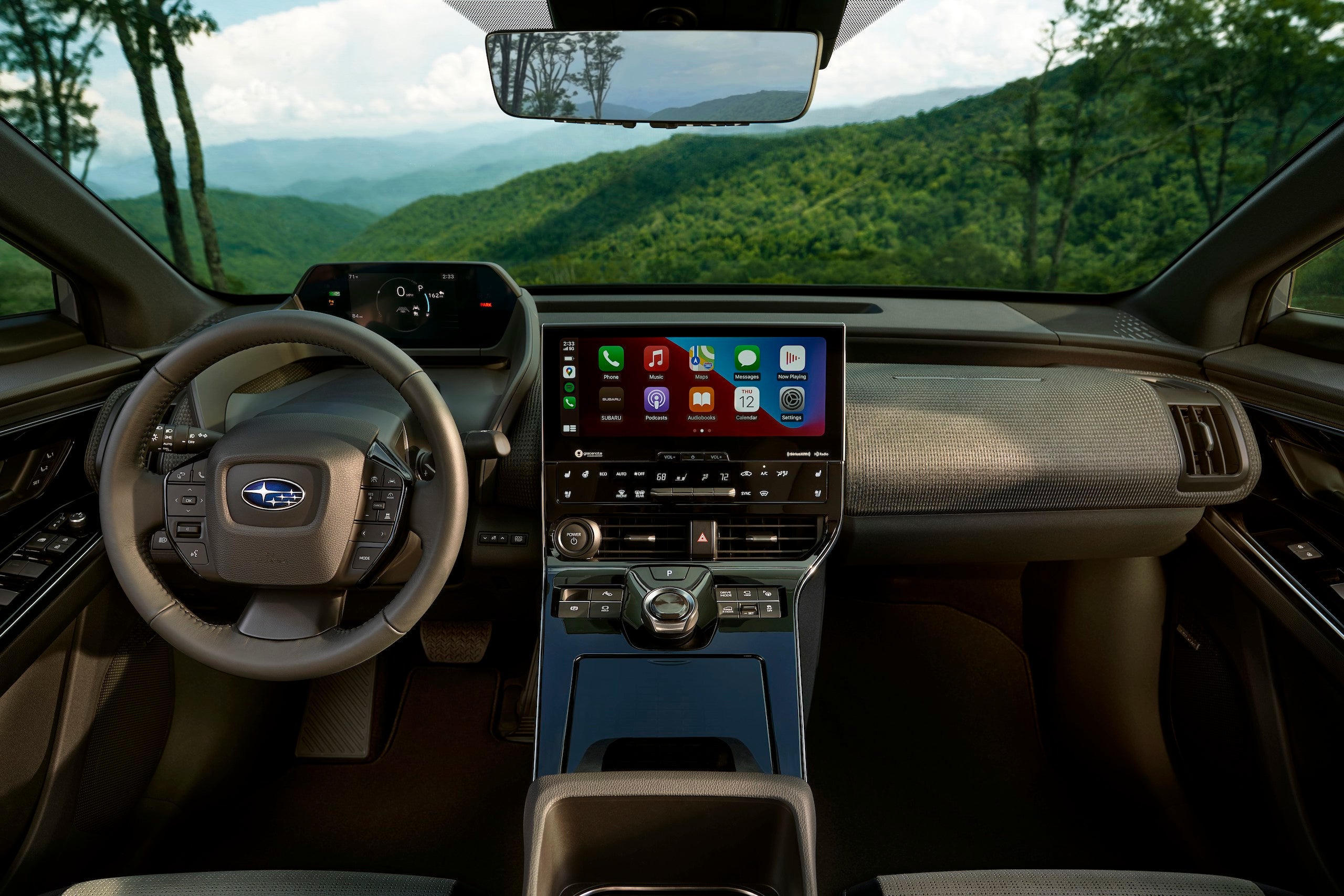 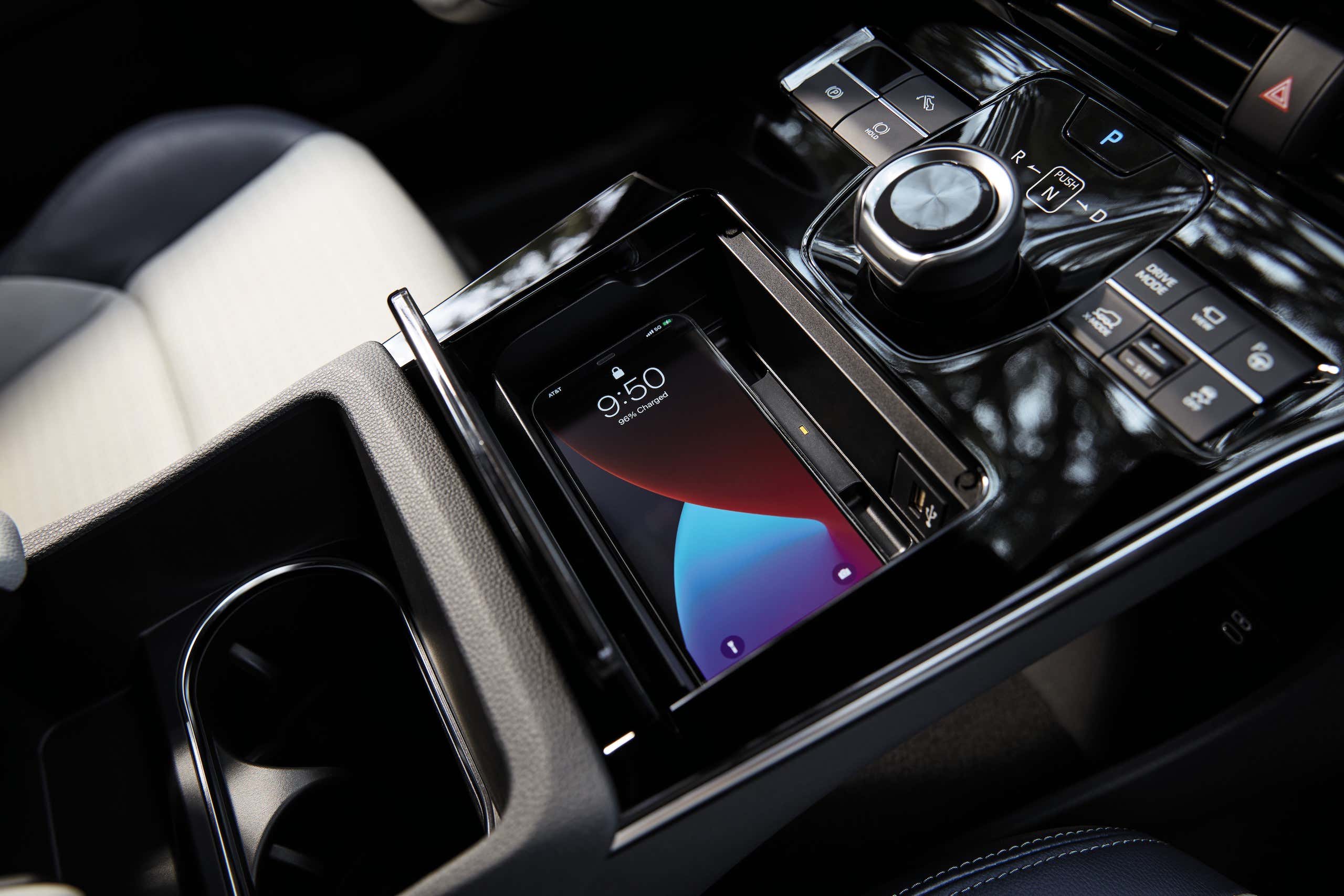 On the inside, the company’s e-Subaru Global Platform apparently allows for a flat floor and more interior room than you’d get in a gas car of a similar size. The rear seats fold down and the rear load floor is low for easy cargo-hauling while a new 12.3-inch touchscreen infotainment system runs Apple CarPlay and Android Auto. The Solterra is also outfitted with a healthy handful of standard active safety features such as pre-collision braking and throttle management, lane departure warning, blind-spot monitoring with rear cross-traffic alert.

As a Subaru-first, the Solterra’s Safety Exit Alert watches for pedestrians, cars, cyclists, and other “obstacles” when Solterra occupants are about to get out and emits a visual and audible warning if it detects something. Also making its debut on a Subaru is a 360-degree camera system.

Pricing has yet to be announced but the 2023 Subaru Solterra will go on sale sometime next year. 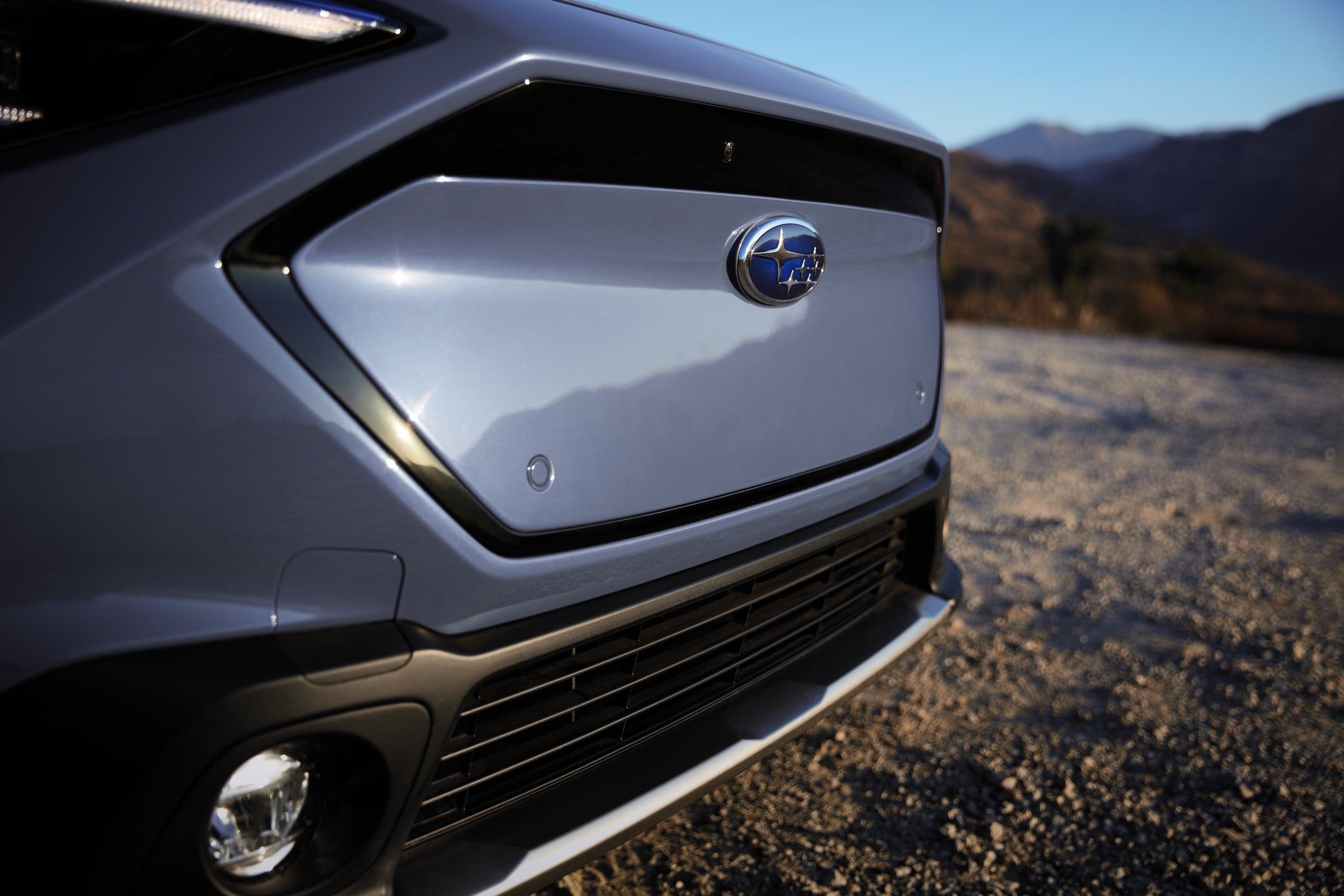 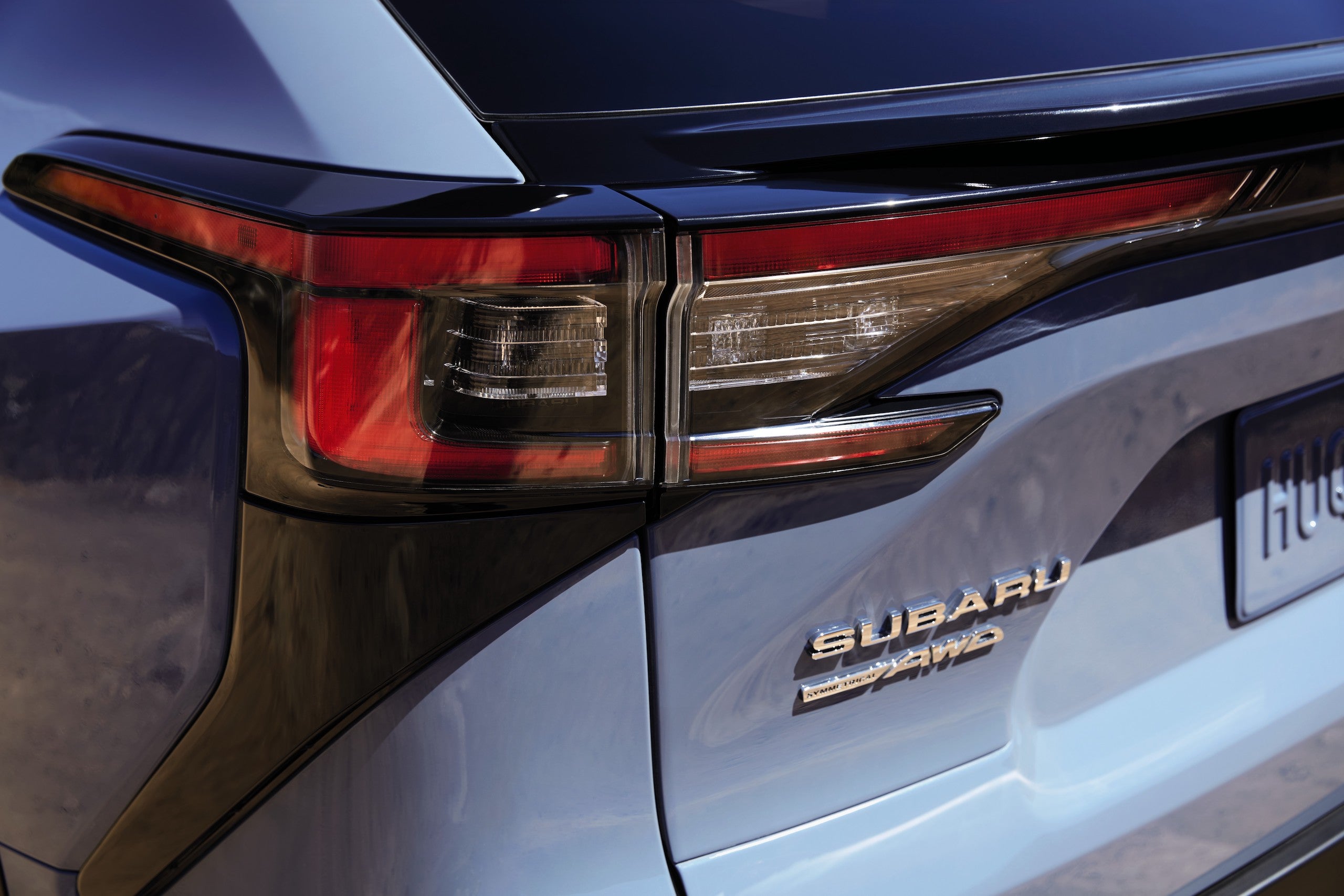 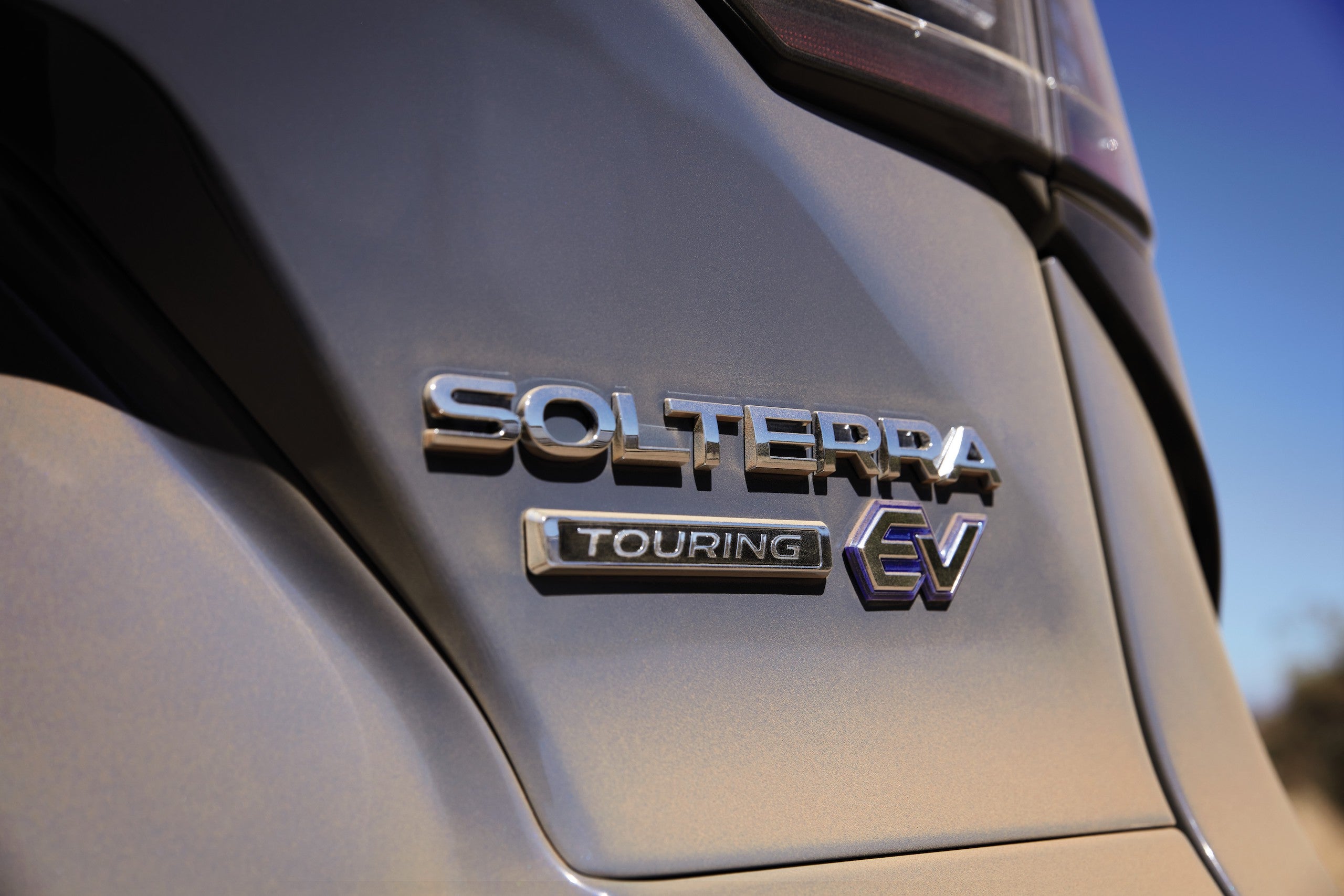 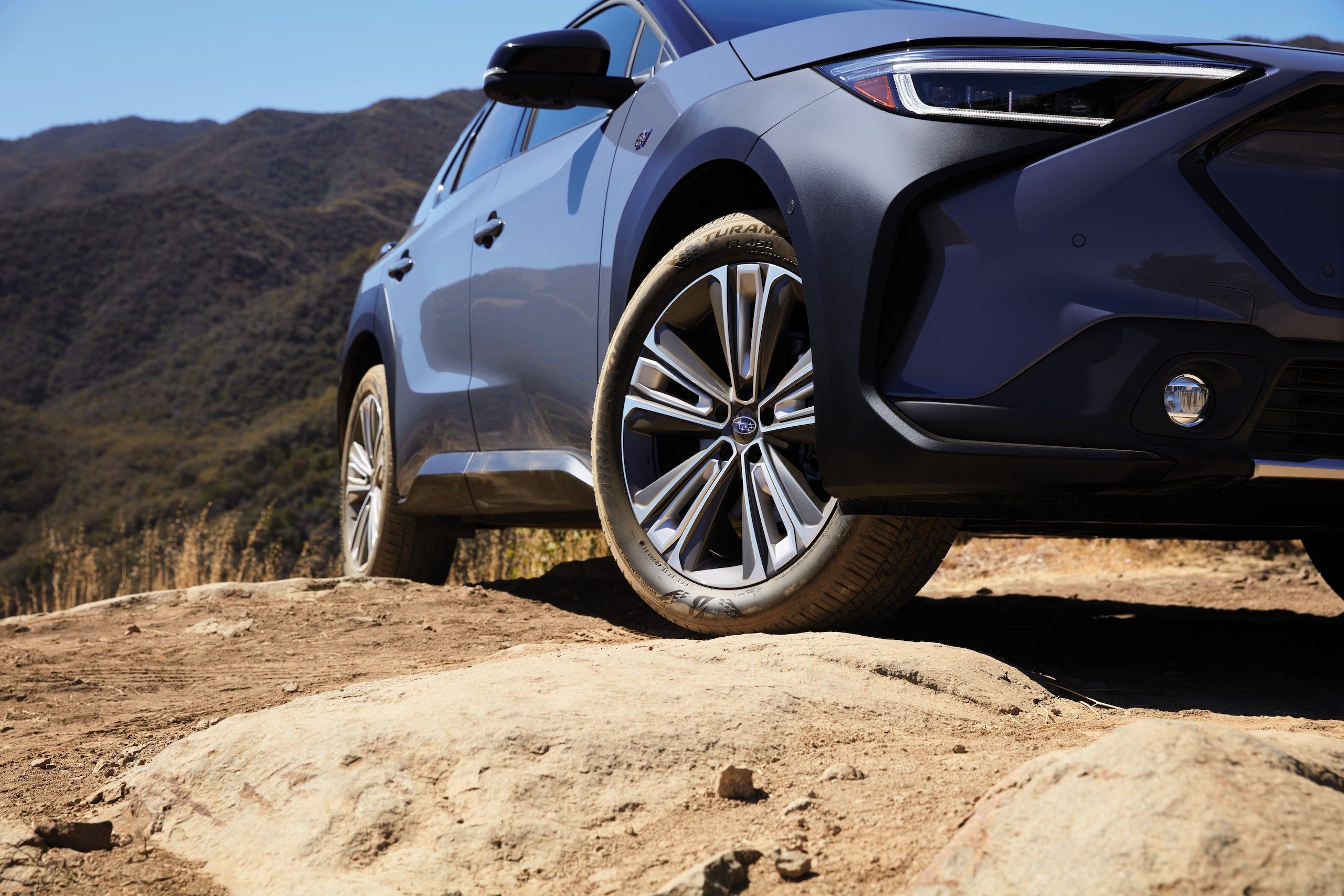 Got a tip or question for the author about the Subaru Solterra? You can reach him here: [email protected]