Most of the 21,529,464 Volkswagen Beetles made between 1938 and 2003 have been on the smaller side. This remains true even of the larger, yet equally humble Baja Bugs of Southern California. However, not far from where those sand warriors originated from, the Bug-loving Tupper family decided to fix the problem by building a replica of their 1959 cabriolet, only scaled up by 50 percent. Then, it turned out that for legal reasons, a Bug at 150 percent would be just a touch too large for the road, so they cut down their ambitions to a more modest 40-percent increase.

Based on a Dodge truck chassis and powered by a 5.7-liter Hemi V8, the “Huge Bug” came to be after the Tuppers’ Karmann-built ’59 convertible got laser-scanned and then scaled up digitally before fabrication of the metal parts could begin. 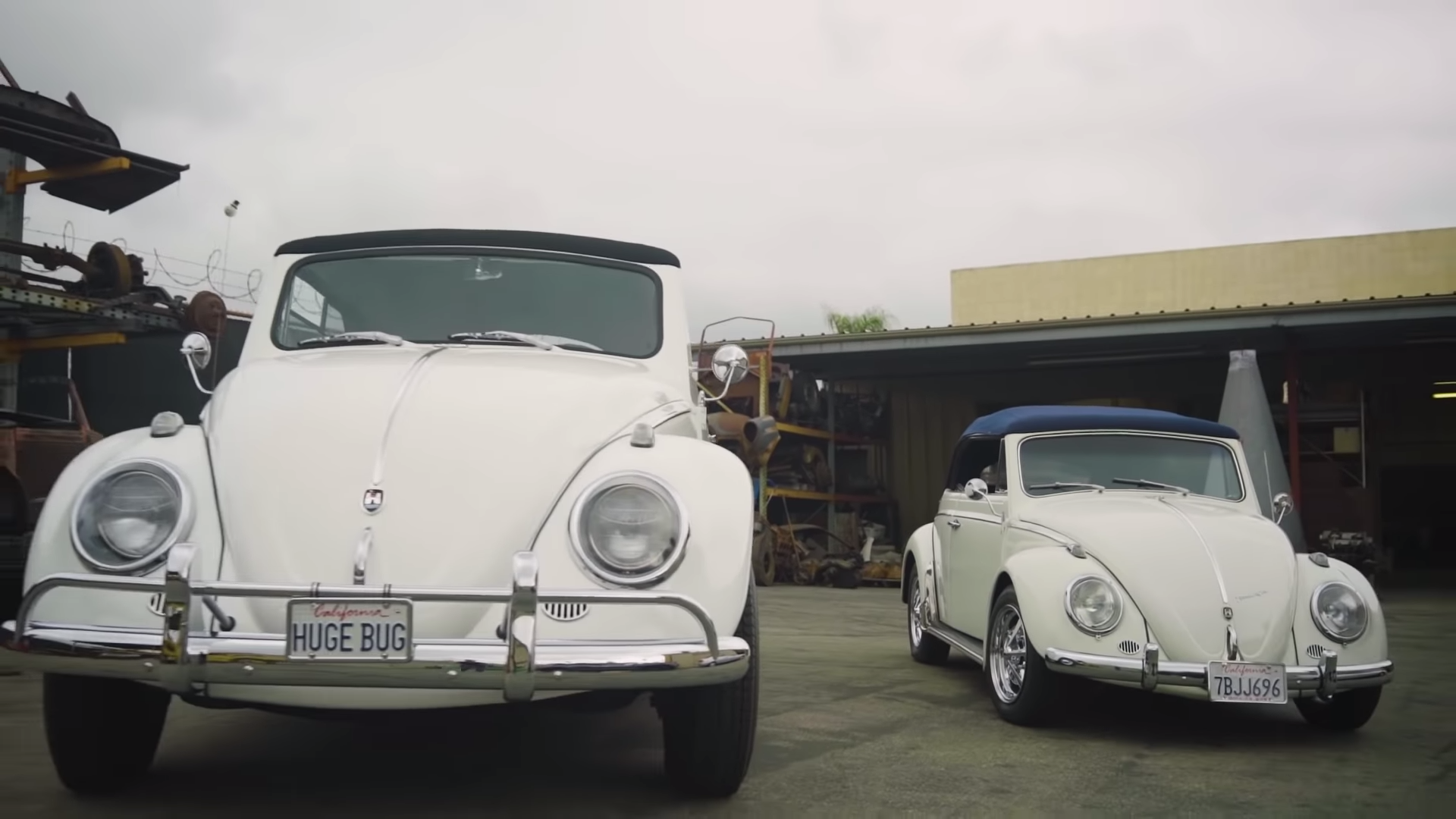 The family’s now-completed ride comes with all the comfort features the modern Dodge platform would offer, including power steering and brakes, heated and air-conditioned seats, a hidden gauge pack that disappears when the car is parked and a fake clutch pedal also engaging the brake due to the car having an automatic gearbox.

So far, the “Huge Bug” hasn’t caused any accidents on the road purely by shocking other drivers with its sheer presence, and younger Scott Tupper says despite getting respectable offers, the family isn’t going to sell her either. At 140 percent, their Bug may be bigger than a Hummer, yet also just as usable as a modern truck would be. With a proper trunk, to say the least.

Barcroft Cars went to California to witness the miracle, and it’s worth a watch: