I loved the beautifully appointed cabin – the dark brown theme and the leatherette seats are particularly classy.

BHPian vigsom recently shared this with other enthusiasts.

This is a short review of my first flight on Vistara. My experience was a mixed bag, and the next few posts will explain why.

How did this travel happen?

Vistara doesn’t serve many airports and that’s how I could never get to fly on one of their flights. The closest I got to Vistara was when I saw a B787 at the gate in Kempegowda International sometime in 2021. I had to take a flight out of the same airport a few days back and chose Vistara to: 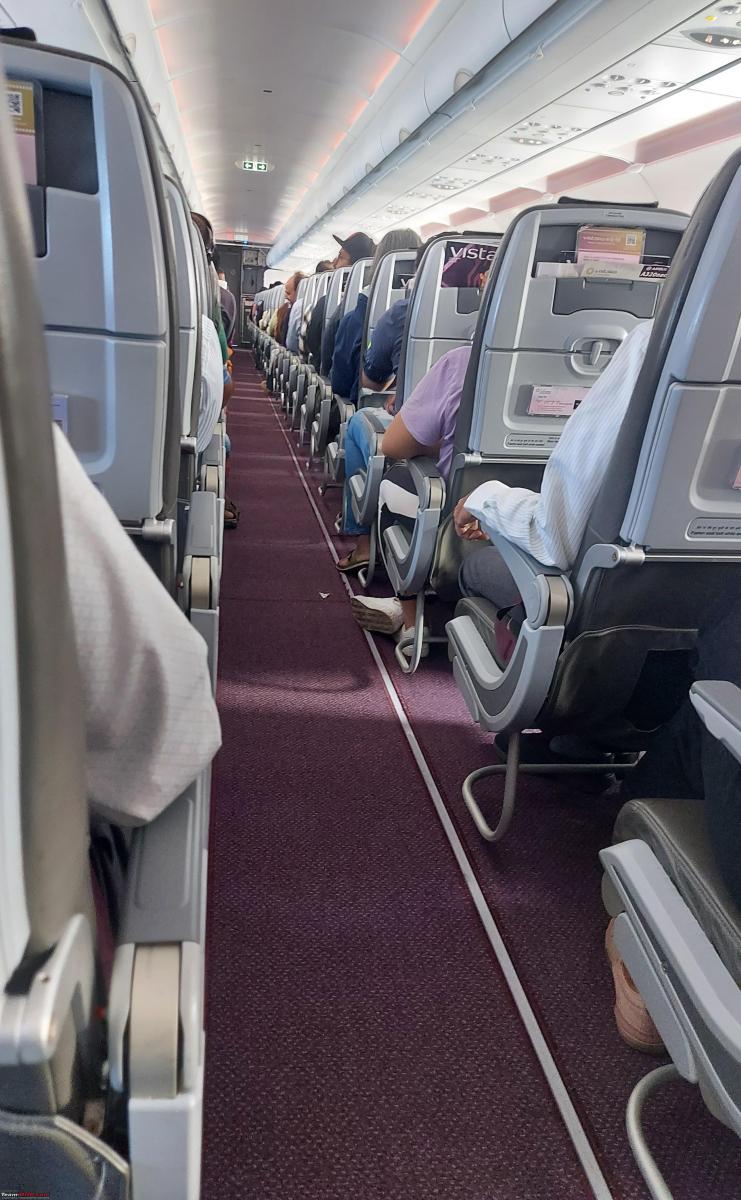 I’d booked via one of the on line portals and the end result wasn’t a perfectly seamless experience. I first got a message that my booking was awaiting conformation by the airline, and a few seconds later, the booking got confirmed. What I discovered later was that the ticket invoice was issued on one PNR, while the PNR that came later from the airline was something else. This must have been due to that delay in confirmation of my booking or something else that I’m not aware of.

Fairly straightforward and the boarding pass showed flight details, source and destination in large font, making it easy for security staff to read at airport entry.

Again, a quickfire affair, with zero wait time; maybe it was that time of the day when passenger traffic was low. My passage through BLR security was again a virtual wait-free affair. Total time from entry into the airport to arrival at my gate was less than 25 minutes – a record of sorts at BLR.

On board a Vistara flight:

What could have been better:

The A320neo cabin with pleasant lighting: