In case you didn’t know, headlight technology has been steadily advancing for quite some time. If you’ve only noticed headlamps getting brighter, well, you probably live in the United States, where most advanced automotive lighting technology has been restricted due to outdated legislation. Elsewhere in the world, headlights can do things like dim around oncoming traffic while painting a high-beam level of lighting in your lane, or turn down the brightness on some blinding reflective signage.

These sorts of headlights aren’t currently allowed in the U.S., but now the Infrastructure Investment and Jobs Act (H.R.3684) that’s set to become law says it’s time to change that. Within 24 months, it’s likely you’ll be wowed by a tsunami of advanced lighting technology on new vehicles.

The text that enables this change is relatively straightforward. Under section 24212 of the bill, which is appropriately titled “HEADLAMPS,” it’s stated that “Not later than 2 years after the date of enactment of this Act, the Secretary shall issue a final rule amending Standard 108″—that’s the transportation regulation pertaining to headlight design. The bill states that this section of the code should be amended “to allow for the use on vehicles of adaptive driving beam headlamp systems.” In a nutshell, once H.R.3684 gets passed, the transportation secretary has two years to make adaptive headlights a thing in the United States. It could happen sooner, but that’s the maximum timeline. 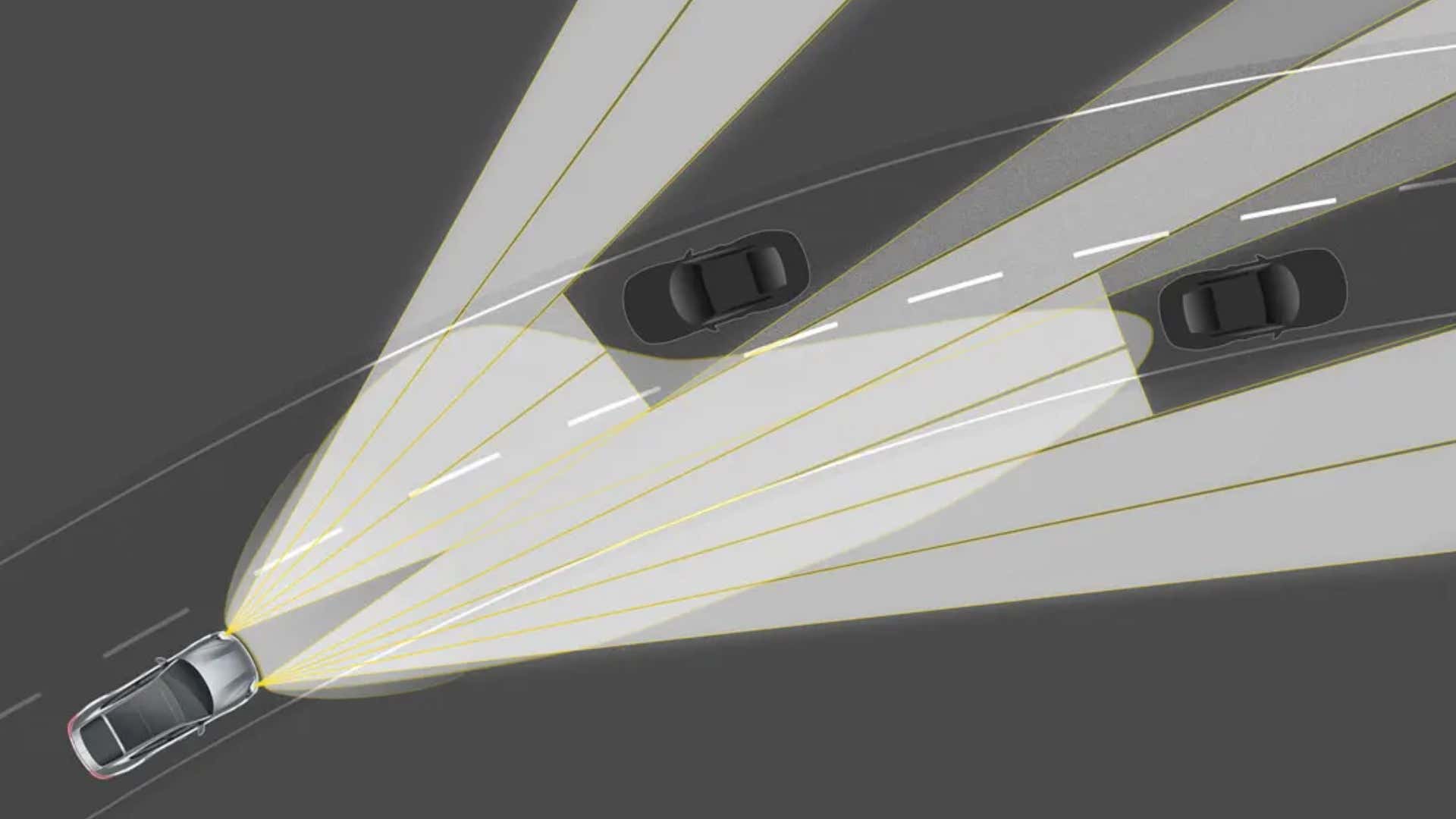 If you’re curious how lawmakers saw fit to describe adaptive headlamps, they referred to the Society of Automotive Engineers for that. The group’s International Standard J3069 defines what they are rather clearly. If you want to spend $85, you can read the international standard in all of its excruciating detail. I’ve heard it’s a real page-turner.

So, our dark national nightmare is almost over. If you’ve ever complained about ultra-bright high beams, well, higher trim versions of new cars are gonna start being your new favorites. Since many cars sold outside the United States already have this technology, it’s more than likely that a number of models will be equipped with these systems in short order.