General Motors’ CES presentation was largely focused on the splashy reveal of the new Chevy Silverado EV, a seemingly capable truck with a reasonable base price. It wasn’t the only new Chevy we got a peek of, though. Also shown to the public for the first time was the Equinox EV, a $30,000 compact SUV doubtlessly underpinned by GM’s Ultium battery tech that’s set to arrive next year. It seems like it might be a hit, but slotted above that, shrouded in a little more mystery, is an electric version of the Chevy Blazer.

The Detroit automaker’s CEO, Mary Barra, offered little information about the vehicle aside from the fact that it will be available for purchase next year. “Priced right with a high level of refinement and options, the Blazer SUV will also be available in 2023,” she said in her address to the public. However, because we know some details of the electric Equinox and information about GM’s EV tech, we can make a few safe assumptions. 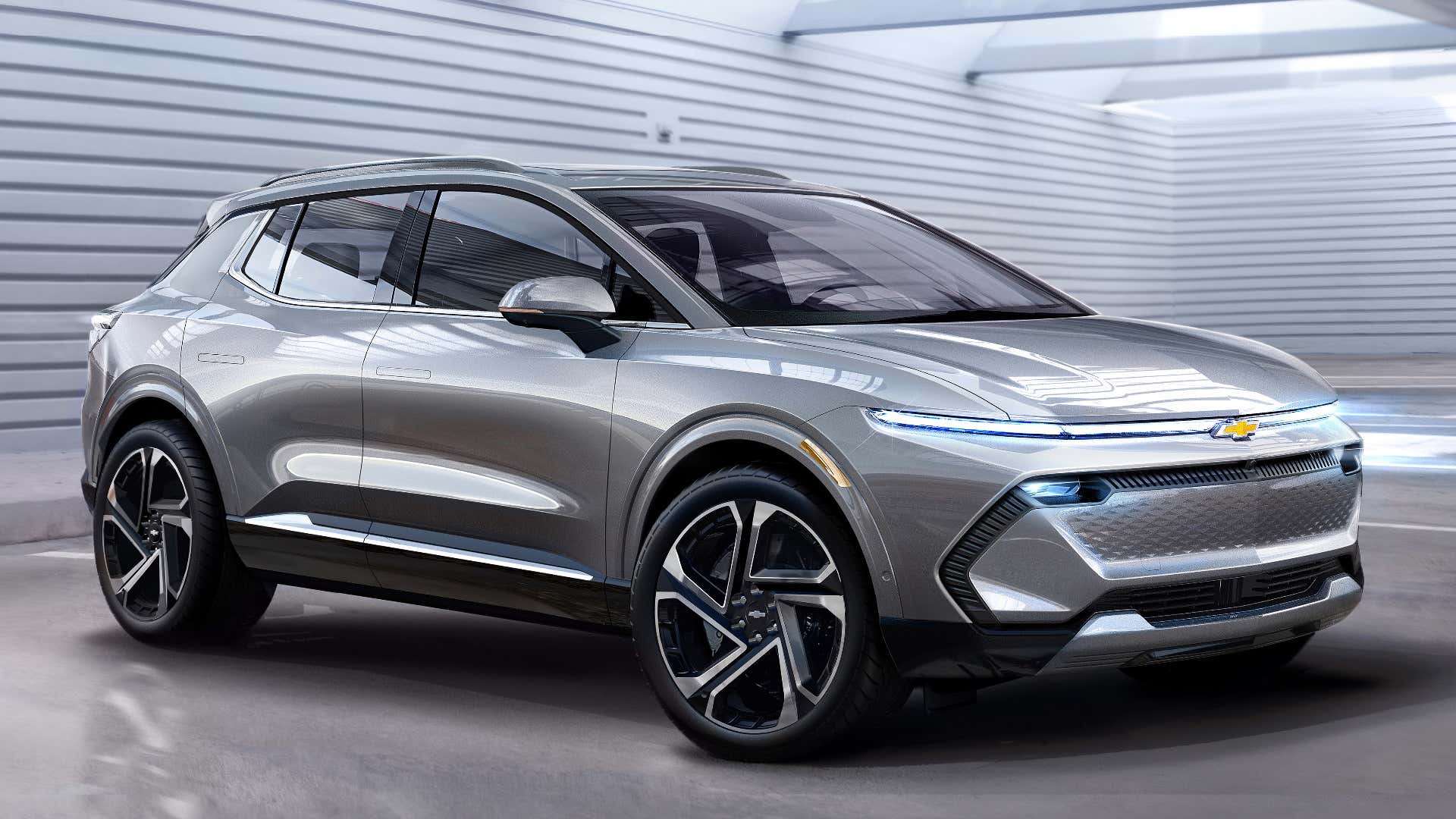 While we don’t know if the EV Blazer will be a squared-off truck or a more rounded crossover like the current Blazer, it will definitely be larger than the Equinox as it sits now. It will also be priced above it, likely with a slightly larger battery. Riffing off of Barra’s “high level of options” comment, multiple battery sizes and trims will likely be available as well.

As far as range goes, that’s anybody’s guess. That being said, the automaker’s shortest-range EV is currently the Bolt EUV, which can travel 247 miles on a charge using GM’s old—and very recalled—battery tech. It’s pretty safe to assume that both the Equinox and the Blazer will have ranges in that neighborhood at the very least, though likely more. Pricing is also likely to be similar to the Equinox, although not quite as cheap.

The current ICE-powered Blazer starts at $34,595, which seems like a reasonable target considering the Silverado EV with doubtlessly a much larger battery starts at just $39,900 for the work-trim version.

More information about this SUV will very likely arrive this year before the electric Blazer hits showrooms in 2023. Whenever we hear more, we’ll let you know.