There’s a potent performance wagon hiding under the wild exterior.

Movies and TV shows have been foundational to car culture, making international stars out of some unlikely makes and models. One such peculiarity that’s taken hold in the zeitgeist is the Wagon Queen Family Truckster from 1983’s National Lampoon’s Vacation. It should be considered hideous and unfit for family consumption, but its odious styling is what gives the wagon its charm – and a following that’s helped spawn several recreations.

One such tribute is this Audi RS6 Avant, spotted at the Festival of Speed show in St. Petersburg, Florida a few months ago by Justin Quinn. It’s far less boxy than the OG Truckster, but it has all the hallmarks of the iconic design. The Audi wears a modern version of the “Metallic Pea” color made famous in the movie, which is made only more heinous by the gratuitous faux wood paneling and light wood trim. The Audi sports a slab of wood on every body panel – two on the hood – and the brown crown, which is moved to the Audi’s front fenders. 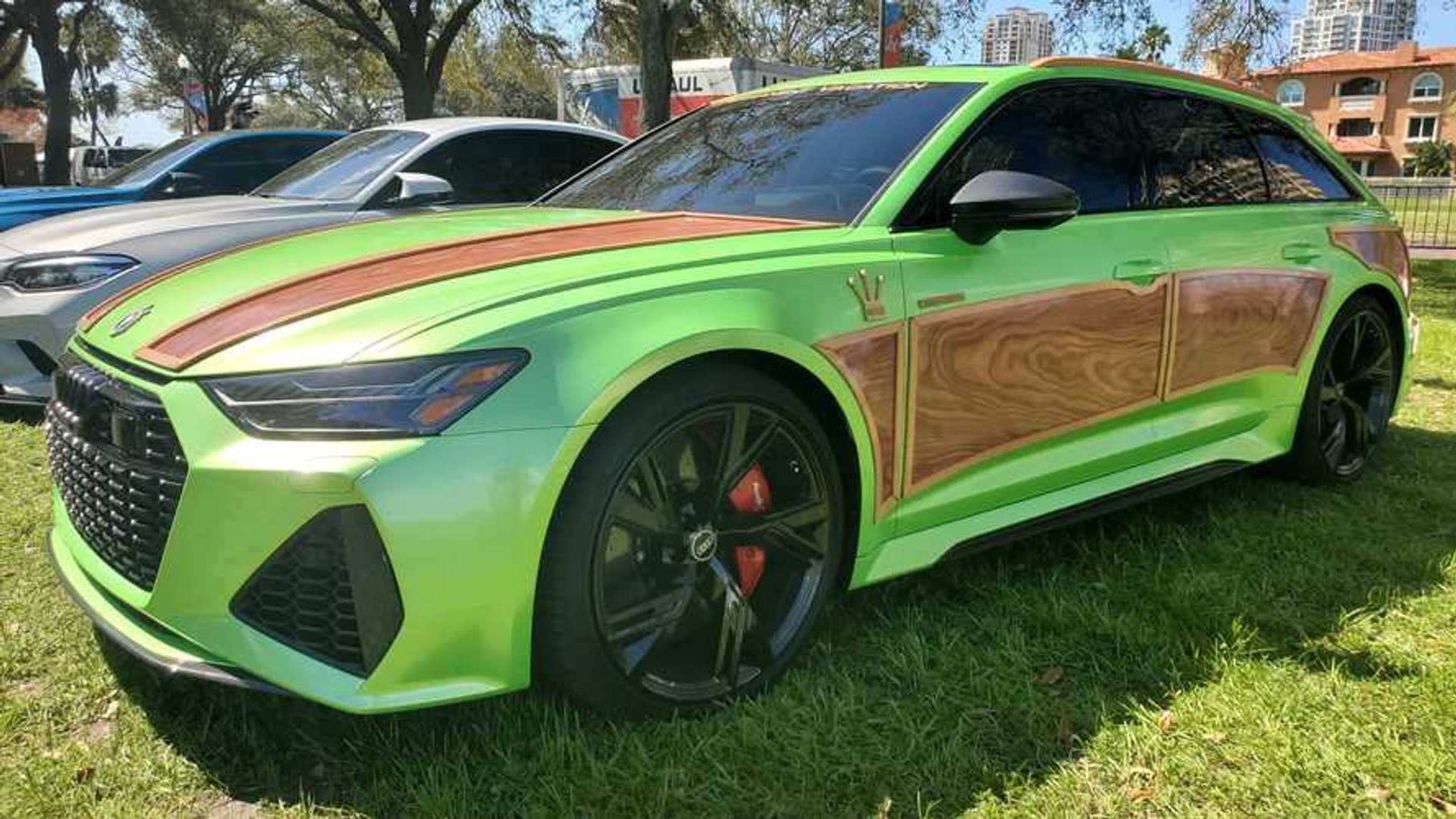 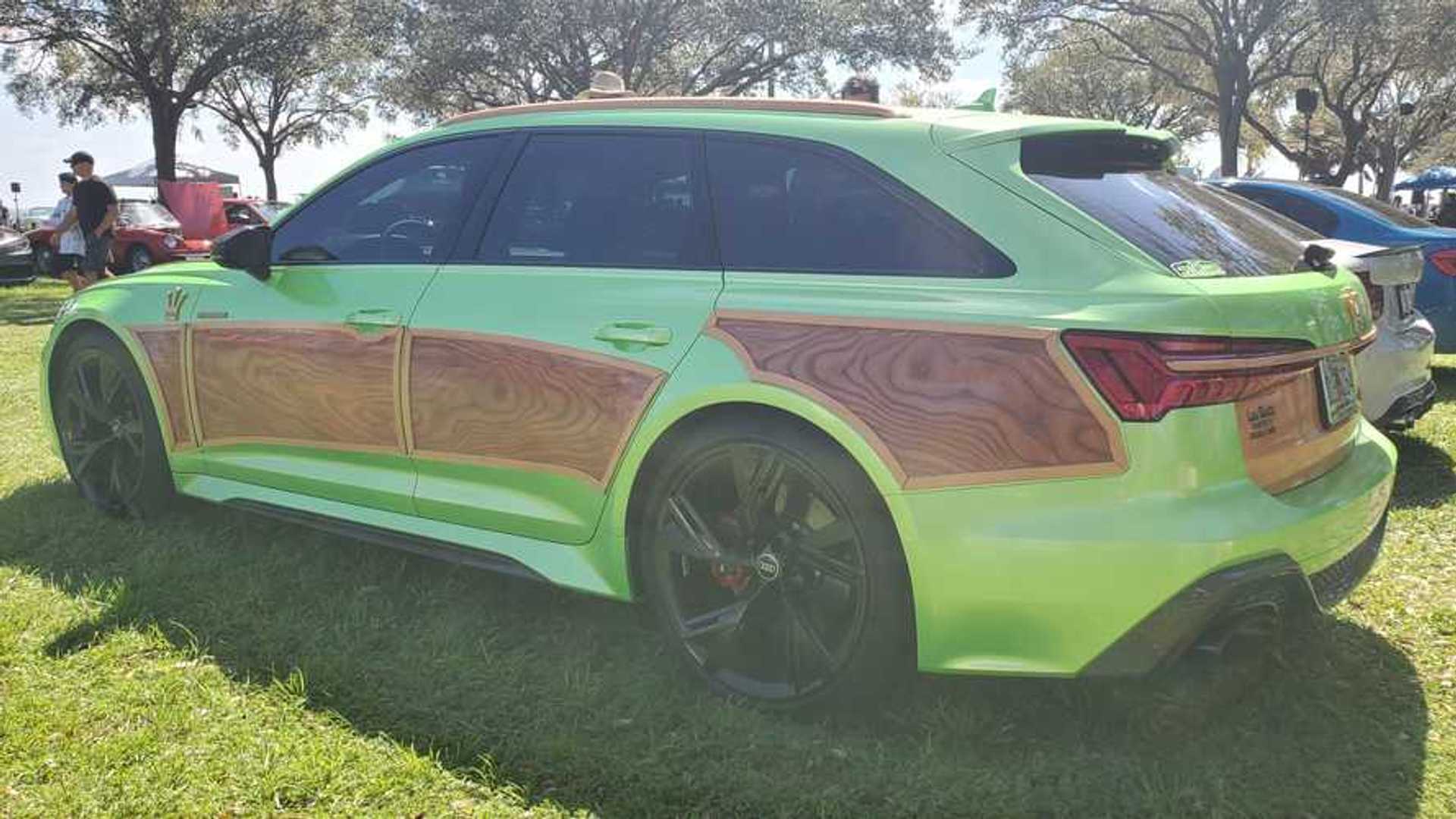 The Wagon Queen Family Truckster was originally a Ford LTD Country Squire that got a Hollywood makeover for the movie – as many stars do before stepping on set. The green paint, fake wood, crown badging, and other touches made to the car added to the movie’s outlandish and comedic storyline. This Audi didn’t go that far, though it does have a few unique touches. At the rear, the Audi sports a custom badge that says “Family Truckster” in script above “4.0 Liter Twin Turbocharged.”

Underneath the Audi’s wild exterior lies a potent performance car, something the Griswold’s never had available. The RS6 Avant sports the brand’s 4.0-liter V8 that produces a stout 591 horsepower (440 kilowatts) and 590 pound-feet (800 Newton-meters) of torque. The car can rocket to 60 miles per hour (96 kilometers per hour) in 3.5 seconds, and once you think about it, having that much power in Clark Griswold’s hands would have lent to even crazier antics.