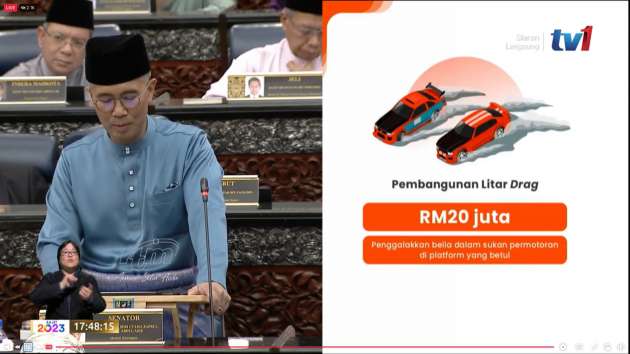 Two of these were an exact match of what was already stated in Budget 2023. The first is a plan to boost the motorsports industry among youths by building more drag racing circuits, as presented during the tabling of the budget.

It was announced then that the Malaysian government would allocate RM20 million to build drag racing strips in the country, although details on where the allocation would be spent or for how many drag strips was not revealed.

The second is an initiative to assist OKUs utilising ride-hailing services for their travel by providing them with financial aid through ride-hailing vouchers, with RM10 million being allocated each year for this purpose. Additionally, the manifesto also mentioned a plan to have all public transport vehicles and official government cars to be environmentally-friendly by 2030.