For those that have been asleep for the past year, let’s get you up to speed: There’s a pandemic that is making everything more challenging, a boat got stuck in the Suez Canal and the new Fast and Furious movie still isn’t out. Despite it all, the team at General Motors—more specifically the team working on the Cadillac Lyriq—found a way to develop and validate a car digitally, and in the process, helped crush the upcoming Cadillac’s original schedule by nine months. 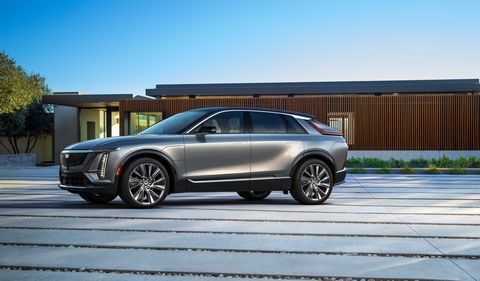 Powertrain development and refinement is easier with an electric powertrain than with a traditional, internal-combustion powertrain, but the modular Ultium platform that underpins the Lyriq is only part of its accelerated timetable. Another big contributor to the shortened production cycle: computational fluid dynamics and a process GM calls virtual design, development, and validation or VDDV, for short.

“The wind tunnel was the primary device for aero development,” explains Mike Anderson, executive director of virtual design, development, and validation. “I’d do a clay, I’d put in on an armature. We’d have smoke and streamers. We’d have pitot tubes and we’d measure a lot of things. Then we’d go out there and they’d shave the clay and it’s as much artistry as it was science. We did things like that for a long time. Now, that’s slow and expensive and sometimes you’d see things, you’d say, ‘I don’t know really know why that is,’ because the streamers and smoke only tell you so much.”

Thanks to computers and some computational fluid dynamics, engineers don’t need to spend as much time in the wind tunnel and can get better information from behind the screen. For example, as Anderson points out, clay models don’t have all of the features you’d expect from a production-ready vehicle. Important features like panel gaps simply can’t exist. However, with some savvy programming of a digitized car model, you can now see how your panel gaps affect the air swarming around your car at speed. This also means you can help solve problems after the fact. “We actually had one of our gas-powered vehicles getting dust build-up inside of the fuel-filler door,” says Anderson. “We were able to trace exactly, using computational fluid dynamics, where that was coming from… it can model that kind of detail.”

While this sounds like good news for the team that helped get the Lyriq out of the engineering team’s door nine months early, it’s probably not going to become uncommon. Anderson explains that the VDDV team works closely with the styling studio and can help show how changes will affect a vehicle’s performance almost immediately, opposed to the week-long lead time that a similar task used to take.

That means, at least in the case of GM, we’ll be expecting quicker turn arounds from concept to production than ever before. And, well, looking at the GMC Hummer as well as the Lyriq, those expectations aren’t unwarranted. Though, in the case of the hyper-competitive world of automotive manufacturing, we’d bet that everyone is looking to shrink their respective development cycles.

All in, this could point at the Cadillac Lyriq as becoming a touchpoint in the automotive world. Not because of its electric powertrain, but because of the ways that the team shrunk its development time using advanced tools.

What do you think of virtually testing cars in a digital wind tunnel? Let us know your thoughts in the comments below.