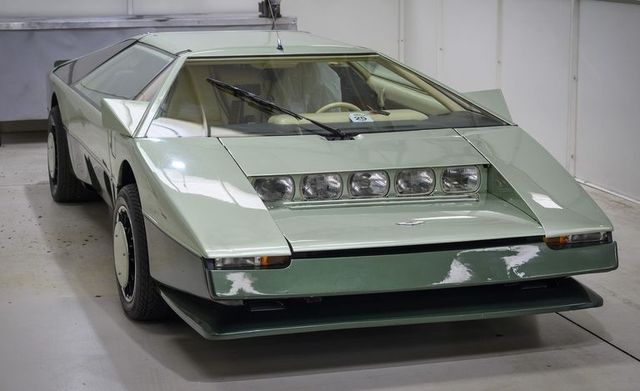 The auto industry has many might-have-been stories, and they rarely get the chance for a do-over. But that’s what is happening with an obscure British supercar from the 1970s thanks to a wealthy American owner and his burning desire to prove the car capable of achieving the performance target it never managed in period.

The car is the Aston Martin Bulldog, a spectacular supercar conceived to show the British sportscar maker’s futuristic aspirations. This featured a mid-mounted twin-turbo 5.3-liter V8, gullwing doors and no fewer than five headlights under a power-operated cover. What it didn’t have were curves; beyond the fender wheel wells every line on the car was straight, just as with the Lagonda sedan from the same era. 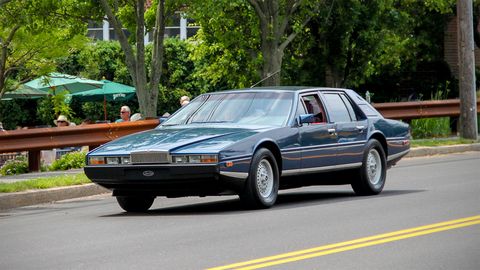 The prototype was tested and proved it could go 192 mph at the UK’s MIRA test track – some way short of the 237 mph Aston predicted it was theoretically capable of, but enough to make it the fastest car in the world had a production version managed the same. But that didn’t happen, and Aston’s precarious financial situation meant plans for a limited run were dropped and the prototype was sold to a Middle Eastern buyer in the early 1980s.

But nearly 40 years later the Bulldog changed hands again, being sold to an American collector last year who has funded an extensive ground-up restoration by well-known UK specialist Classic Motor Cars. Richard Gauntlett, son of the Aston chairman who axed the original project, oversaw the restoration. And the Bulldog’s new owner is also keen to see what it is truly capable of when let off the leash, with a speed-record attempt set to be run later this year.

It didn’t take long to find a driver willing to take this ‘70s one-off to the limit, with long-term Aston works racer Darren Turner saying he volunteered as soon as he heard about the project. The 46-year old Brit is no stranger to speed and risk – his long career includes three Le Mans class wins – but he admits that driving a 40 year old car to velocities few modern ones could manage is a step into the unknown.

“Am I concerned? No – the car got into the 190s when it was new and I’ve been involved in enough development programs to know they didn’t do that out of the box, you don’t put a car together and go straight out and get the best out of it, it always takes test and development and fine tuning,” Turner told Autoweek, “but yeah, it’s fair to say that this is a step into the unknown – and not something I’ve done before.”

Although he says he is a fan of the car’s square-edged styling – “it must have looked incredibly futuristic” – he admits that he hasn’t actually seen it in the flesh yet, the UK’s COVID travel restrictions having prevented him from meeting it. “They didn’t have the sort of design tools that are around now – CAD and CFD and those things that make it easier to optimize performance cars. But they were very knowledgeable when it came to basic engineering. I don’t think we’ll have a problem with those speeds.”

COVID willing, the record run will take place later in 2021, either in the UK or elsewhere in Europe. Turner says he is confident that 200mph won’t be too much of an issue — “we’re just looking for nine miles an hour” – but admits he doesn’t know how much further he will be allowed to push.

“If everyone on the team is happy for me to go faster then I’ll push on,” he tells us, “that’s something for the car’s owner and the team at CMC have to decide, of course. But I’m more than willing to keep my foot in and find out how fast the Bulldog can go.”

The fastest street-legal production cars when the Bulldog were created were the Ferrari 512BB and Aston Martin V8 Vantage – both claiming 186-mph top speeds. Anything more than that will be a moral victory for this compelling oddball, and anything more than 200 mph an achievement comparable to the Bugatti Chiron’s 304 mph.

Can the Bulldog hit 200? Log in to the comments and state your case