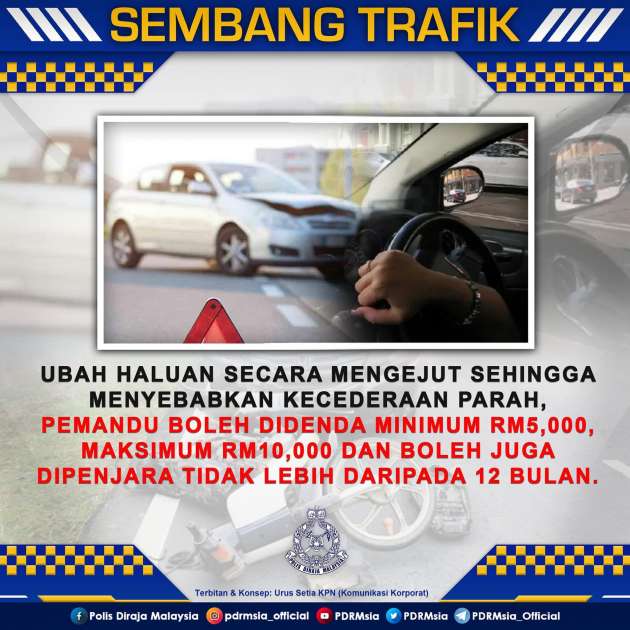 It is a common sight on Malaysian roads where motorists do not use their turn signals to indicate they want to change lanes. Worst still are those that make sudden lane changes, which is a dangerous act that can cause serious injury to other road users when an accident happens.

The Royal Malaysia Police (PDRM) recently took to Facebook to remind motorist to be mindful of their actions on the road and to always use their turn signals as well as not make sudden lane changes. Should an accident occur that results in serious injury to other road users, you’ll find yourself in hot soup.

Under Section 43(1) of the Road Transport (Amendment) Act 2020, those convicted can be fined not less than RM5,000 and not more than RM10,000 and shall also be liable to imprisonment for a term not exceeding 12 months.