It appears that Iron Man has good taste to go along with his fame and fortune.

The carbon fiber specialists at SpeedKore aren’t new to the restomod scene, with a resume that includes rebodied classic and modern muscle cars from Ford, Chevrolet, Dodge, and Plymouth. Notice a trend on that list? They’re all American. That’ll change once the world gets wind of this SpeedKore-modified 1974 BMW 3.0 CS, built specially for Robert Downey, Jr.

It’s not the first time the speed shop has done work for RDJ – SpeedKore collaborated with the actor on his 1970 Ford Mustang Boss 302, as well as on a 1967 Chevrolet Camaro that the actor gave to his coworker Chris Evans. But it is the first time the company has had its way with a German car, and using the graceful BMW E9 coupe (in this case a 1974 3.0 CS) shows that SpeedKore is serious about Eurosport. 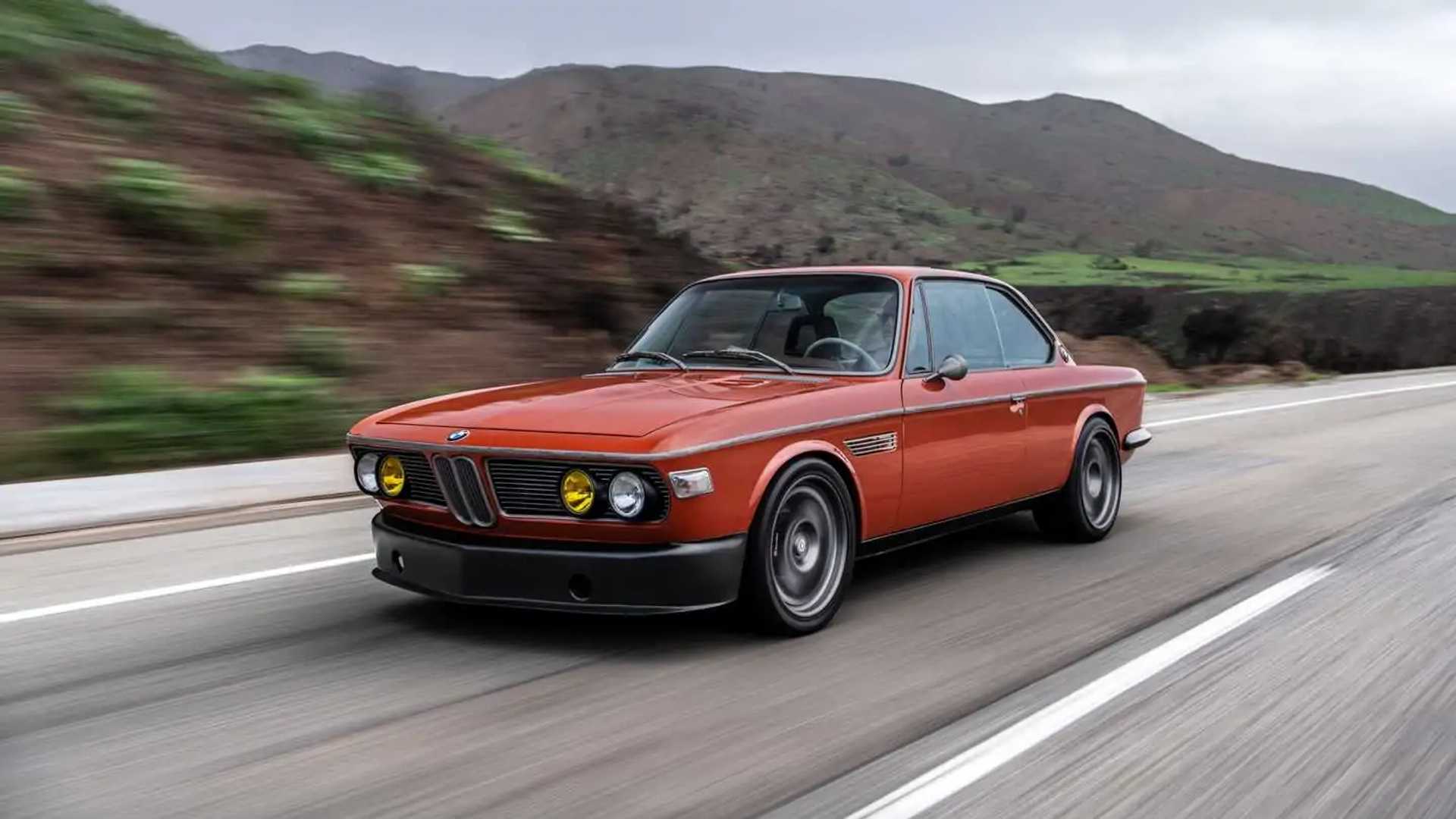 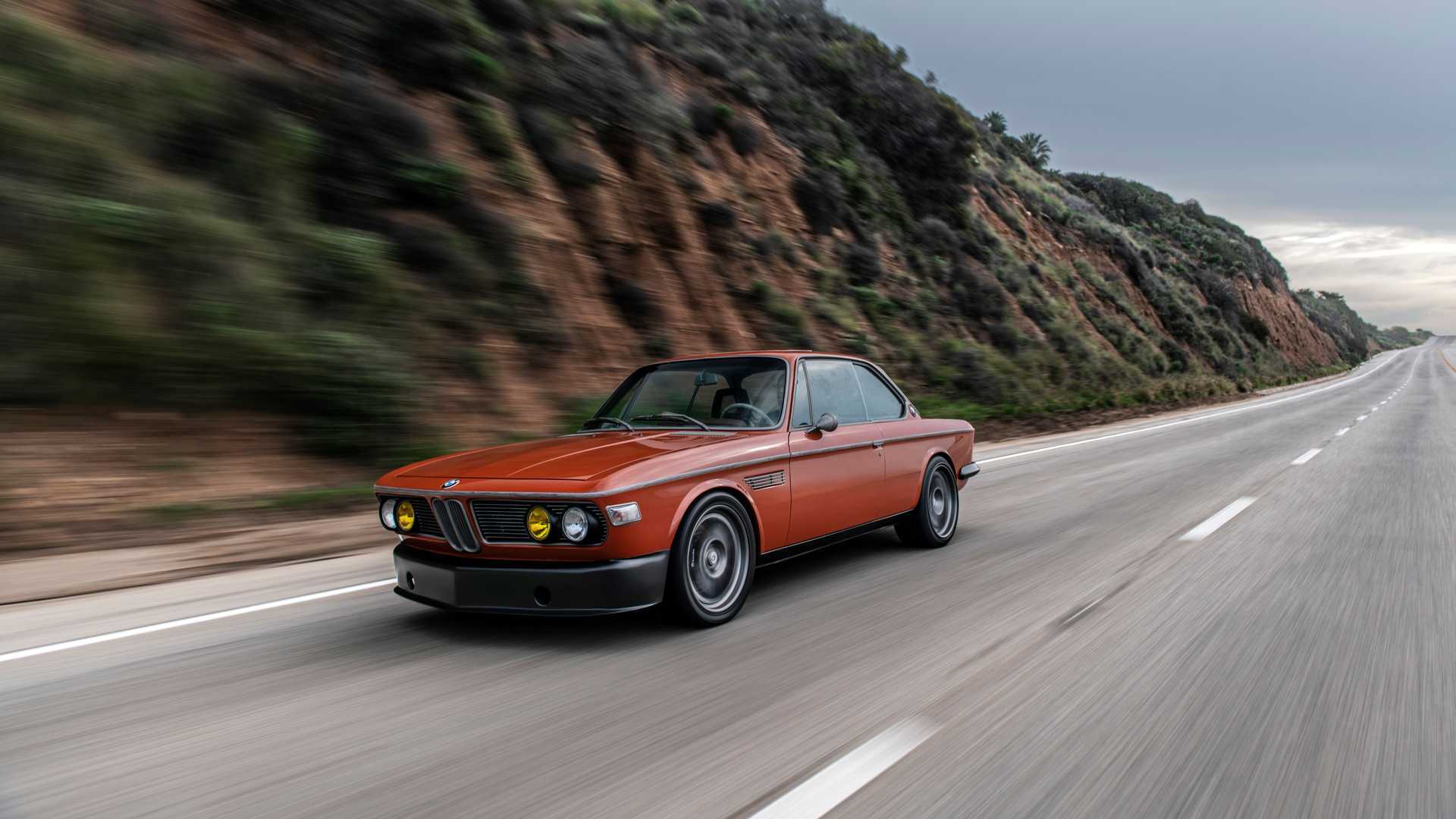 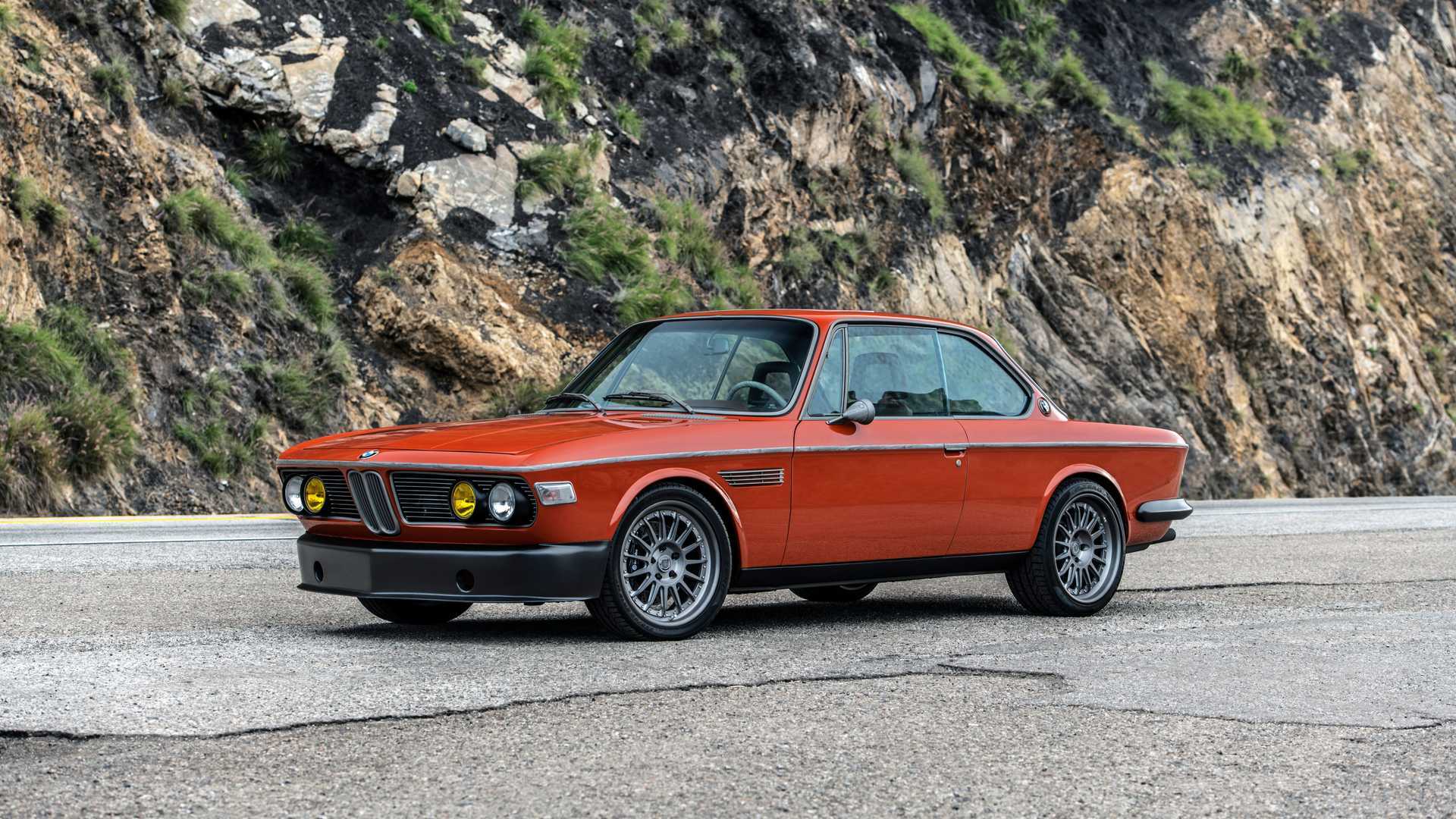 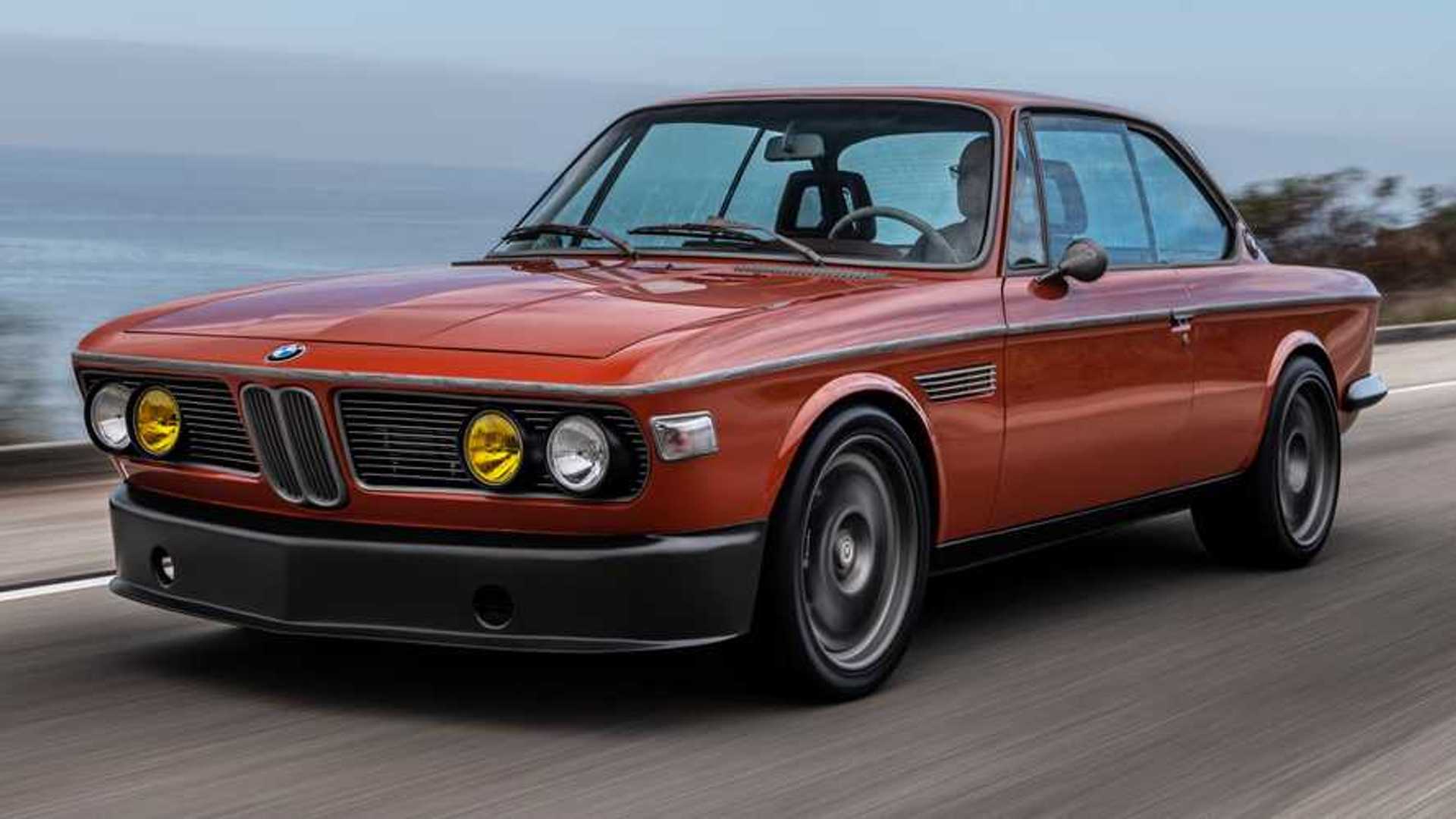 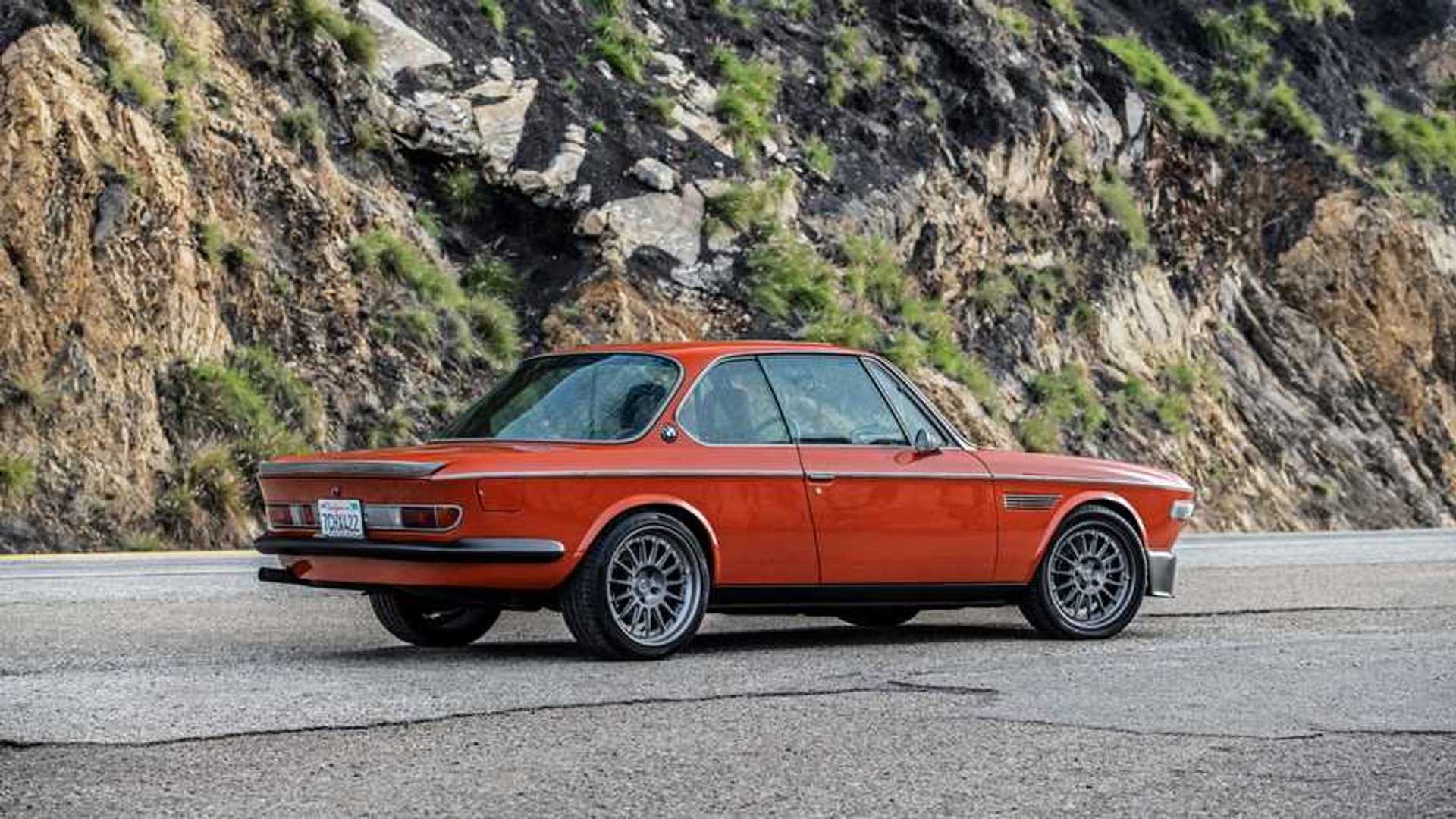 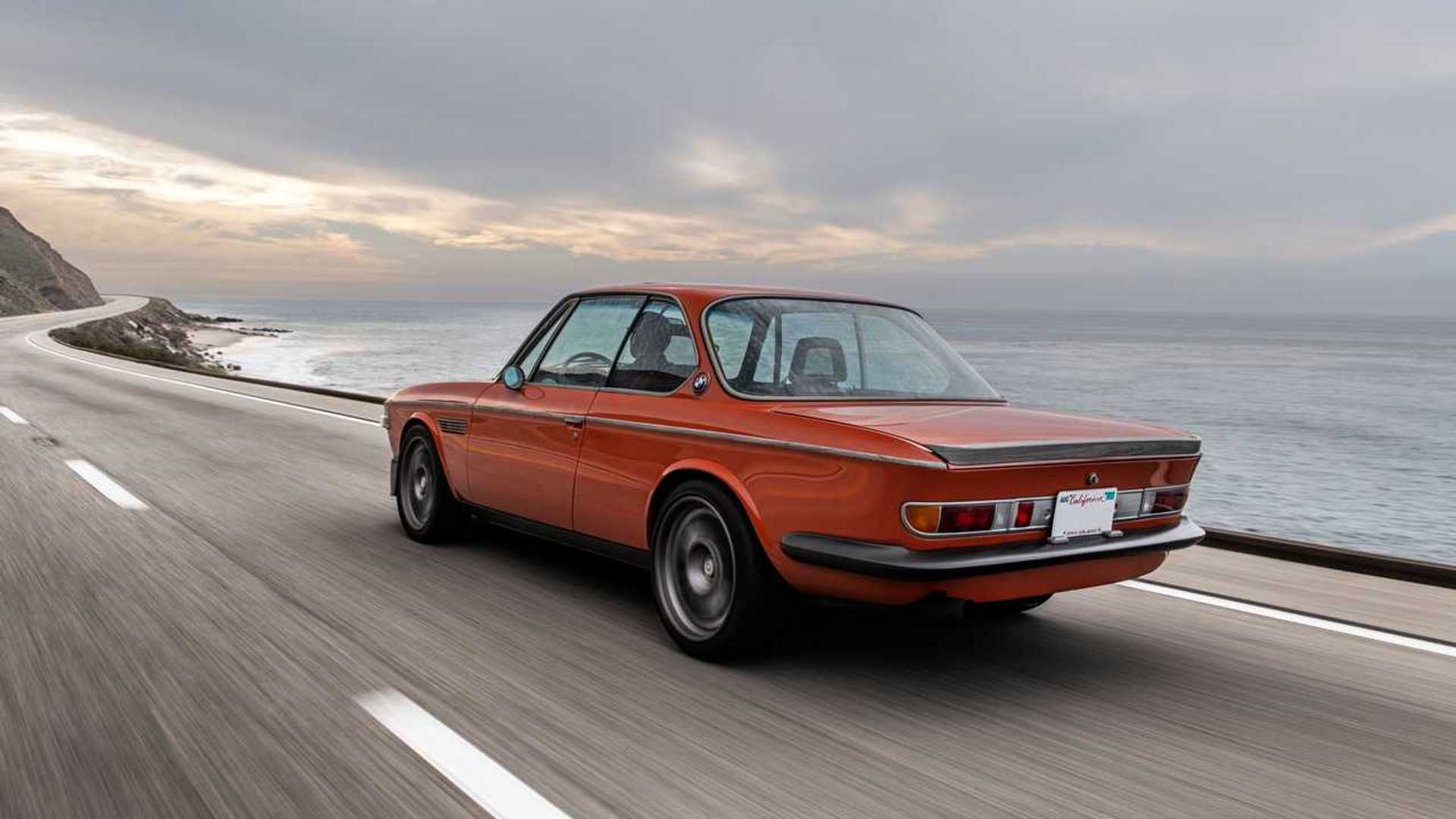 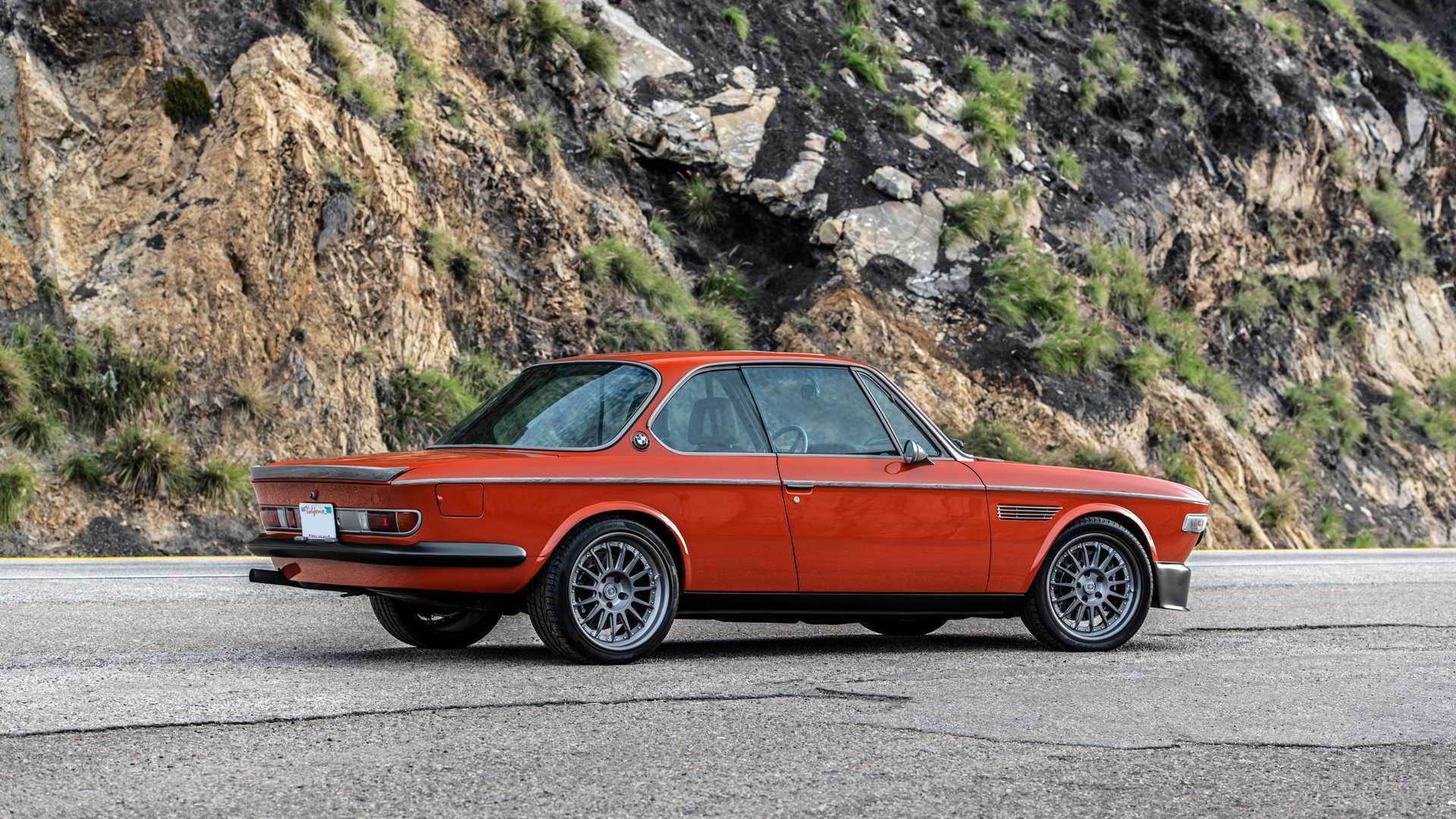 Unusually for the company, Downey’s car is actually steel-bodied, with SpeedKore doing the extensive metal restoration in-house. Its carbon fiber roots show through via a custom front air dam, rocker moldings, and rear bumper, contributing to the car’s modern-classic appearance. The brick red exterior paint pairs with the original BMW grille and window surrounds done in Cerakote titanium gray, with a set of gunmetal HRE three-piece forged wheels echoing the brightwork. Hanging out behind the wheels are Bilstein shocks and a set of six-piston front and four-piston rear Brembo brakes.

There are a few surprising exterior touches, including the original beltline molding done in hydro-dipped woodgrain – ditto the custom machined rear spoiler. Downey requested those alterations to match the interior. That gray wood tone appears on the Nardi steering wheel and dashboard fascia, pairing beautifully with coffee-colored upholstery that boasts woven seat centers and door panels. We do wonder how much authentic wood trim would have cost, though.

While it looks relatively stock, SpeedKore actually remolded every single piece of the BMW E9’s dashboard to make room for a gauge cluster by Classic Instruments and a hidden touchscreen infotainment display. Gone is the rear seat, replaced with an upholstered luggage deck, and the trunk houses an integrated, leather-lined Yeti cooler. We can think of worse ways to get to the beach than in this thing with all four windows down, the sunroof open, and the boot-mounted icebox packed with snacks and soft drinks.

Reportedly, Downey’s 1974 3.0 CS can kick some ass, too. While the original car came with a carbureted M30 3.0-liter inline-six, the SpeedKore Bimmer gets a fuel-injected S38 (originally found in the E34-generation M5). In that car, the 3.6-liter six-cylinder makes 311 horsepower (232 kilowatts), a significant improvement from the CS’ 180 hp (134 kW). If we have a performance complaint, though, it’s that the old BMW makes use of a ZF four-speed automatic transmission, not the high-performance manual gearbox it deserves.

Other than that niggle, Robert Downey, Jr. and SpeedKore have once again produced an incredible restomod – only this time they’ve traded Detroit for Deutschland. We hope this isn’t the last time SpeedKore does its magic on cars from the Continent. How about a carbon-bodied Jaguar E-Type next?