We’ve previously reported about cops getting in trouble for drag racing at the local drag strip, but hey, at least that time it was done at a safe place and there weren’t any injuries. Unfortunately, not all officer-related automotive shenanigans
go over so well.

As Fox 5 DC reports, two Washington D.C. police officers “totaled” each other’s cruisers after racing down Anacostia Avenue on the east side of the city last week. The officers were said to have been traveling at least 60 miles per hour when the collision occurred on the evening of April 22. 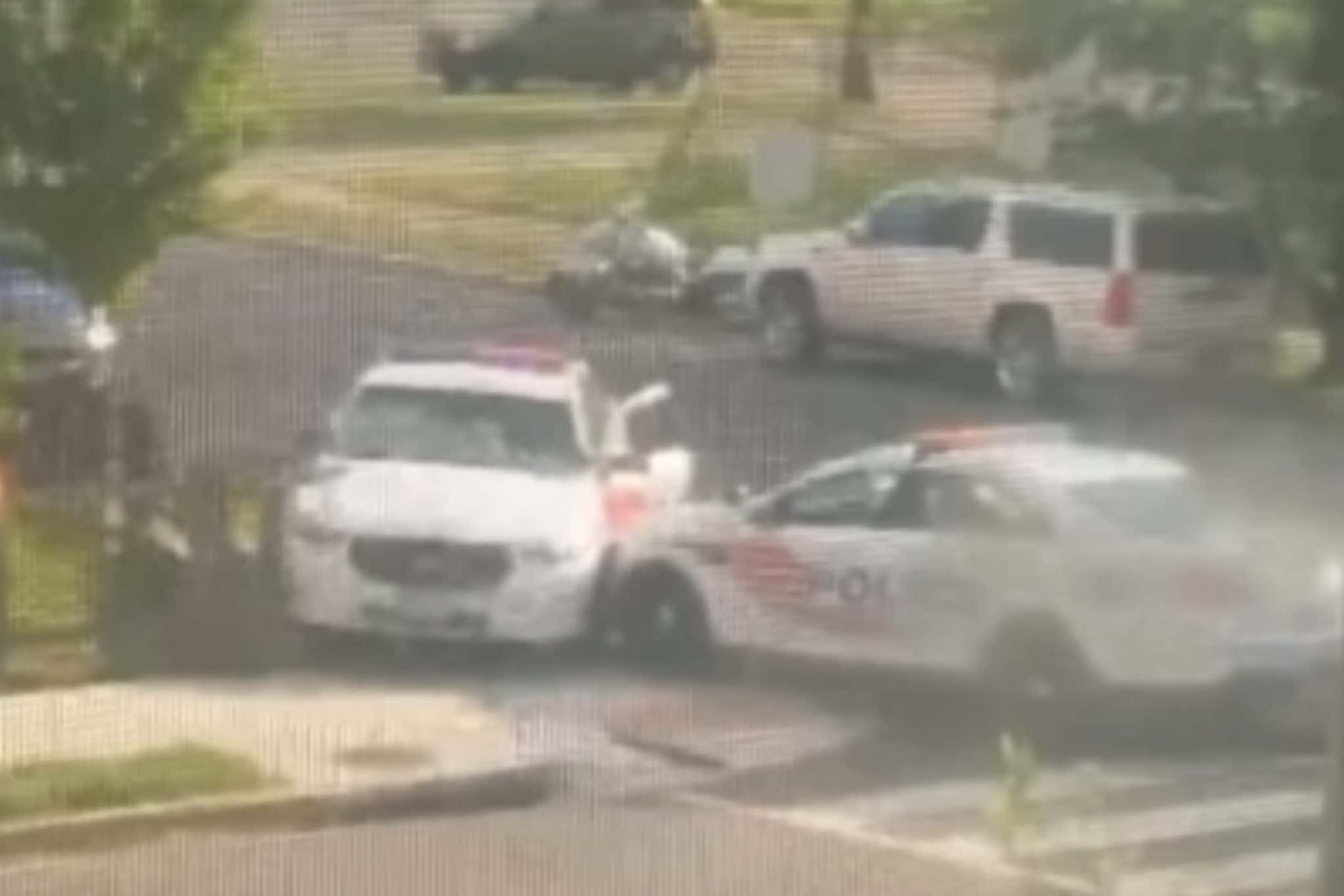 “Yesterday two 6D scout cars were totaled because officers decided instead of fighting crime, patrolling their beats, or engaging the community—they decided to drag race each other on Anacostia Avenue at 5 p.m. in the evening,” read an email provided to Fox 5 that was sent to the command staff of D.C.’s sixth police district.

“What does this say to all the members of MPD who are passionate about their job and work hard every day to make a difference? This is not fair to any of us,” the email continued.

Anonymous sources speaking to Fox 5 claim that the officers involved were “new to the department” and that the duo was traveling at least 60 mph—the speed limit on Anacostia Avenue is 25 mph—when the accident occurred. The officers not only collided with each other, but also damaged a nearby fence on the property of a local homeowner where Anacostia intersects with Polk Street.

A statement by the D.C. Police Department provided to Fox 5 confirmed what was stated in the email, and went on to record saying that while only two cars were involved, four officers were injured in the accident. According to Police, they were taken to a local hospital with non-life-threatening injuries.

As far as punishment, 6D Commander Durriyyah Habeebullah says that there will be “discussions about speeding and driving recklessly with officers.”