The Detroit Police Department is tired of sideshows, drag racing, and drifting. The city has launched a full-on initiative against rowdy drivers, threatening to prosecute offenders and seize the vehicles used to commit the road-related crimes.

To be clear, the department won’t just be impounding the cars. Instead, the police will seek to use civil forfeiture to transfer ownership of the vehicles to the city—a move which dozens of cars have already been subject to, as reported by local ABC affiliate WXYZ. 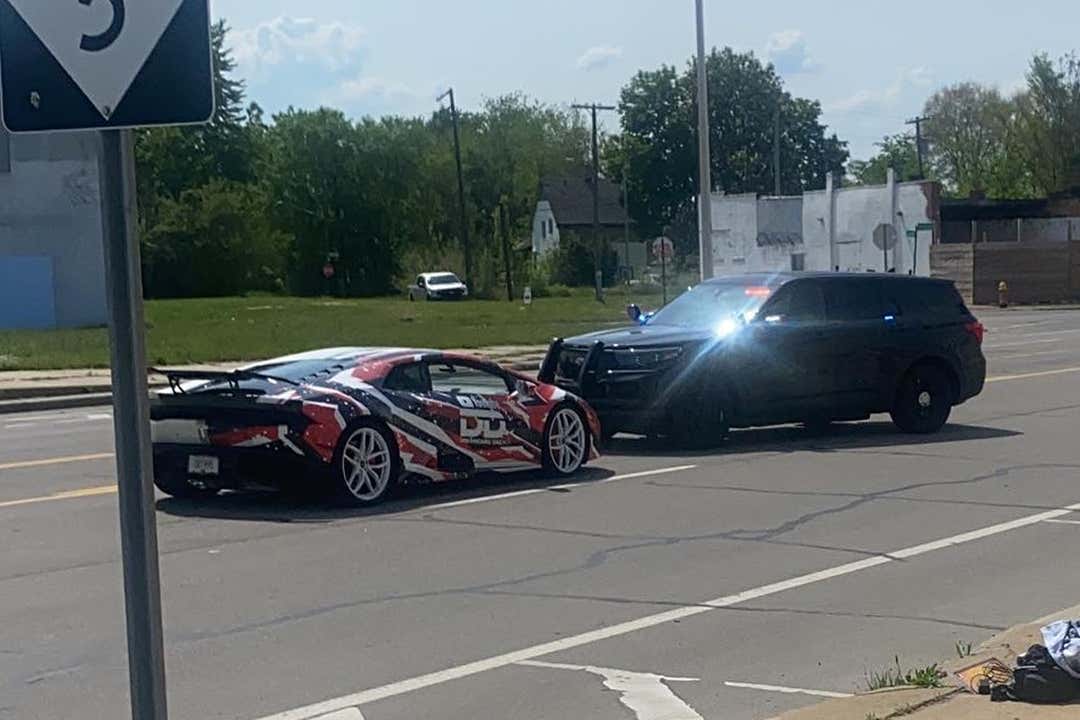 On Thursday, the department held a press conference to discuss, among other things, its plan to combat the rising presence of drag racing and drifting within city limits. Interim Police Chief James White revealed that the operation has been ongoing for some time and that the department has set up an elaborate system to gain insight into these types of incidents and prosecute as necessary:

“We’ve got about 150 intel specialists that monitor social media and that monitor our real-time crime center to support the officers to ensure that we’re getting real-time information on where these drag races are occurring, who’s doing it, what they’re posting on social media.

“I don’t want to give away any of the tools that they’re using to make sure that we get the sensitive information that’s wide open in social media to everybody. We’re not doing anything super secretive, but we do have a way that we use to get this information to find out where these people are going to be.”

Outside of the press conference were several vehicles parked along the curb with numbers written across their windshields, plus several conveniently placed tow trucks not far away. Two of the vehicles, a Lamborghini Gallardo and a Lamborghini Huracan, sport liveries from Dreamcars Daily, a YouTube channel full of exotic cars run by Sean Tien.

Chief White notes that the vehicles were seized as part of the operation and are undergoing the process of ownership transfer via the city’s civil forfeiture process. If successful, the city of Detroit would own the vehicles and could utilize them how it deemed fit. He goes on to note that the vehicles could be used for undercover purposes, narcotic enforcement, or to continue its fight against illegal street racing.

He also mentions that some of the people who own the cars “make a living going around to major cities and doing drag racing in the streets.” 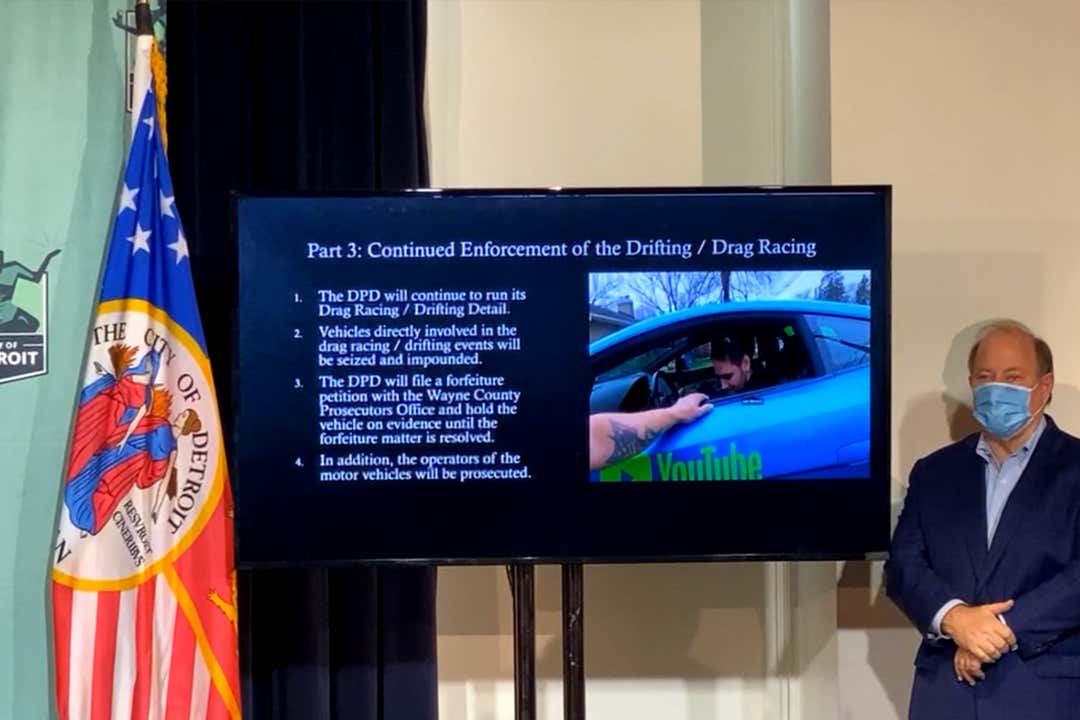 The city believes that its street racing problem isn’t just the fault of locals, but also people who come from out of town specifically seeking out car-related entertainment in the Motor City. To drive home its point, the city played a clip uploaded by Dreamcars Daily in which Tien can be heard discussing the upcoming trip to Detroit.

“We are not going to get in trouble,” said the YouTuber. “We could, but we won’t. We won’t. No arrests. I have bail money, but no arrests.”

In total, the department has apparently begun the forfeiture process on 37 vehicles. Once it begins this process, it must go through the court system before the DPD can actually take ownership of the vehicles. The department hasn’t yet said if any of these attempts were successful; however, Chief White hopes that people seeing the seizure of cars like the Lamborghinis will deter street racing in the future.

“If you come to Detroit and you drag race or you drift—and this also includes the utilization of ATVs, off-road vehicles on city streets that are illegal—we will likely come to your house and take your vehicles, and prosecute you,” said Detroit Police Department Assistant Chief David LeValley. “So vehicles that are directly involved in drag racing and drifting, we are going to be seizing and impounding them, and then we are also moving forward with forfeiture procedure with a number of these vehicles.”

Meanwhile, Tien uploaded several videos to YouTube and several photos to social media regarding the seizure of his cars. On video, he indicated that he wasn’t aware why the vehicles were being impounded, as officers pulled him over just six blocks from the garage he was parked at while in Detroit for the Savage Rally on May 20.

Officers refused to discuss it on camera, but noted that it was related to a prior event the vehicles were involved in. In the press conference held on June 10, the DPD did show a video of the Huracan involved in a street race. It’s unclear whether that took place in Detroit or elsewhere.

Civil forfeiture is a long-disputed yet not entirely uncommon tactic that allows the city to keep or sell property that it alleges is involved in committing a crime. Those thinking of street racing obviously won’t want their cars to be seized, so the city hopes that this is enough of a warning to keep future offenders from taking part in illegal activities.

In Facebook comments, some people sought a middle ground and called for the state to open a drag strip, something which Atlanta had also previously considered. Chief White spoke on this during the press conference and said that the idea was discussed previously and determined not to be feasible.