Ram has honored servicemen and women from all branches of the military—except the Space Force, which, okay—with its “Built to Serve” line of half-ton pickups. They all come in unique, limited-run color schemes with off-road equipment like skid plates, a locking rear differential and, get this, upgraded shocks. The aesthetics are probably the best part, though, and that’s true for the brand’s fifth and final installment dedicated to the United States Coast Guard. 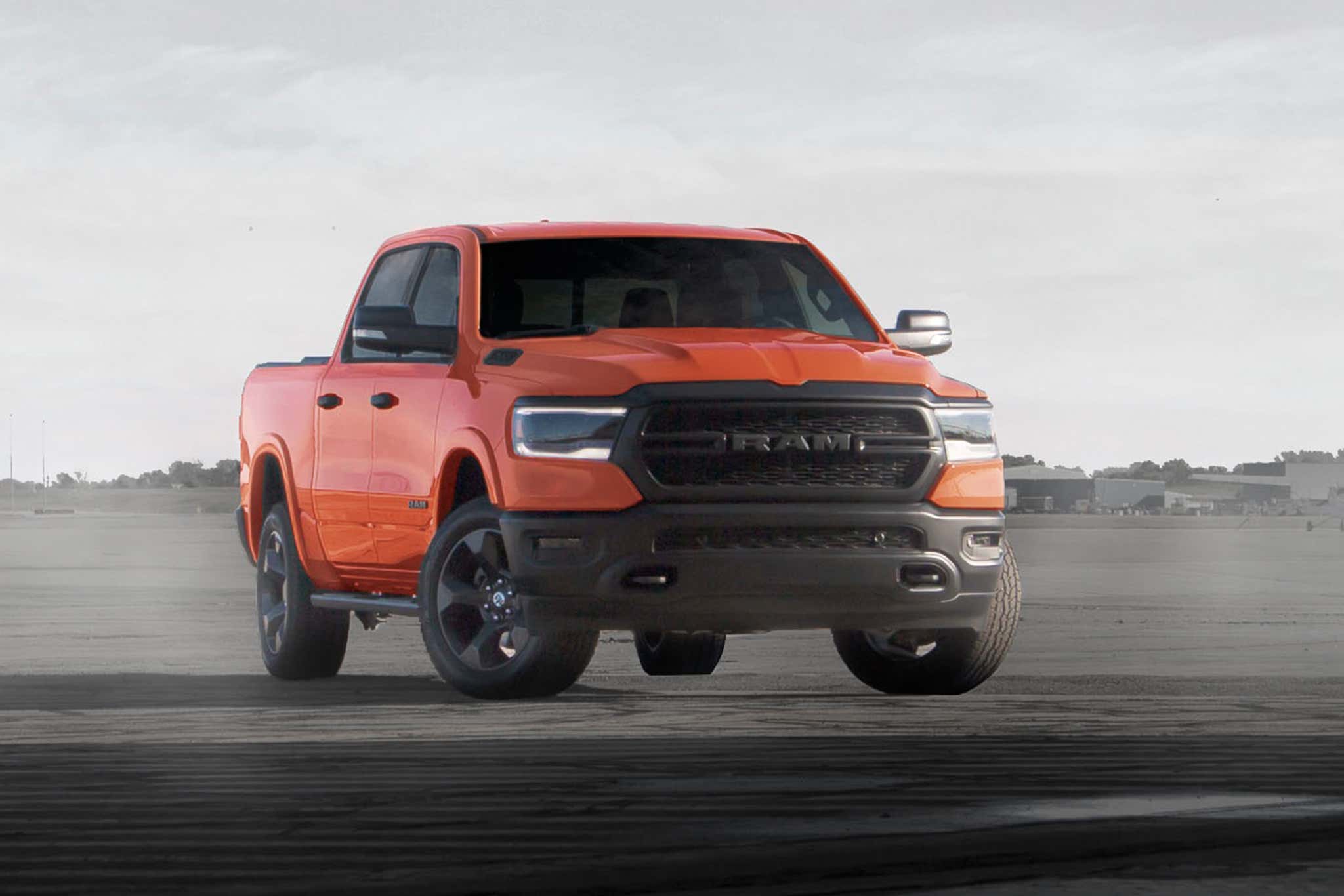 It’s sure to stand out from the hundreds of thousands of other Ram trucks that are sold every year. In fact, only 750 examples will be painted in the “Spitfire” hue while just 500 will be painted “Bright White,” a color which Ram didn’t show off in its press release, for some reason.

The interior is kitted with tons of tacti-cool gear, from MOLLE pouches on the seatbacks to Velcro patches on the front and side of each chair. It’s all in an effort for buyers to customize their rigs with personal touches, whether that be with regimental patches, name tapes, slogans or something else. It also contrasts nicely with the cloth and vinyl interior, featuring contrasting stitching which, in this case, is orange. Who’d’ve thunk it? 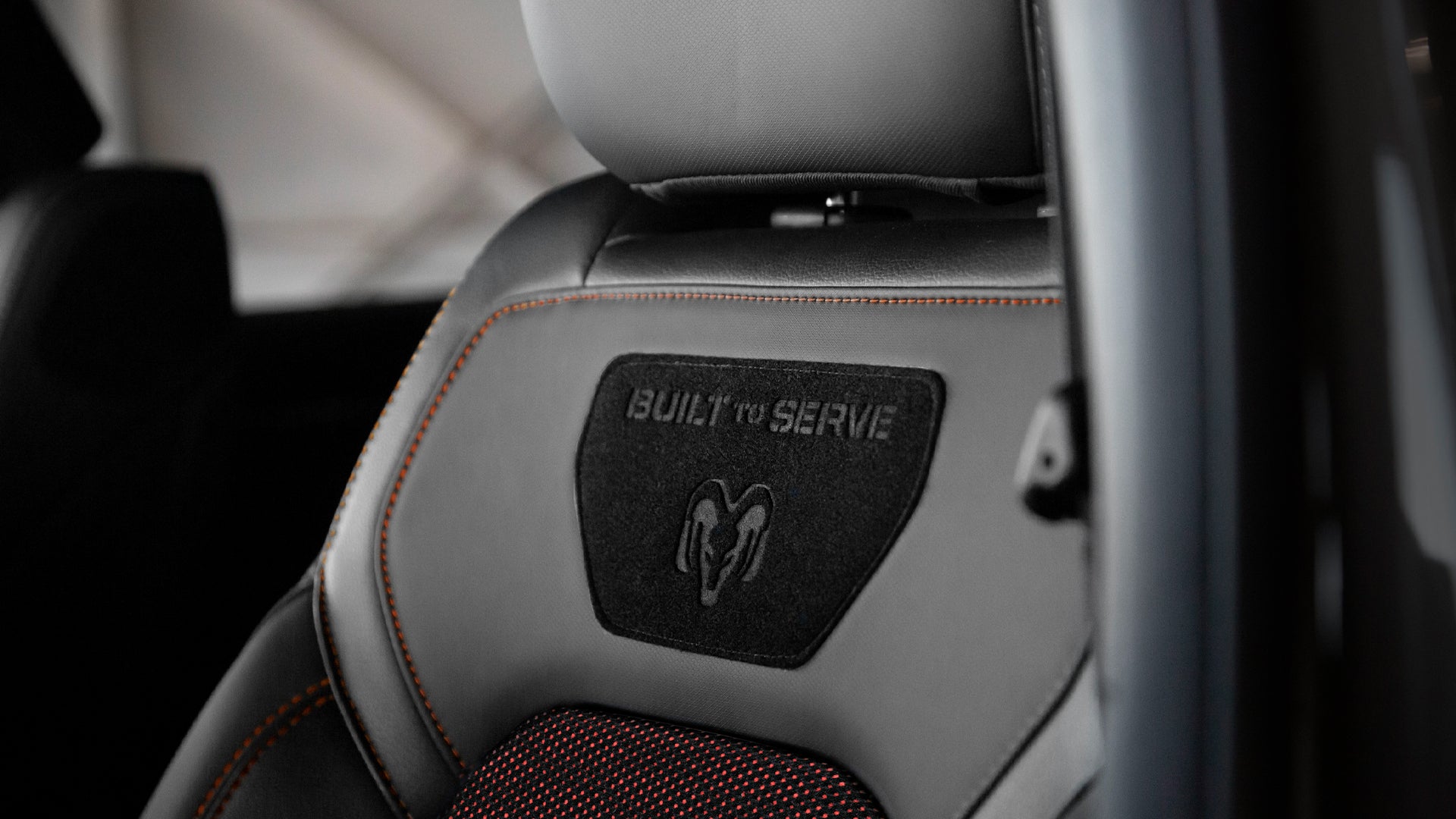 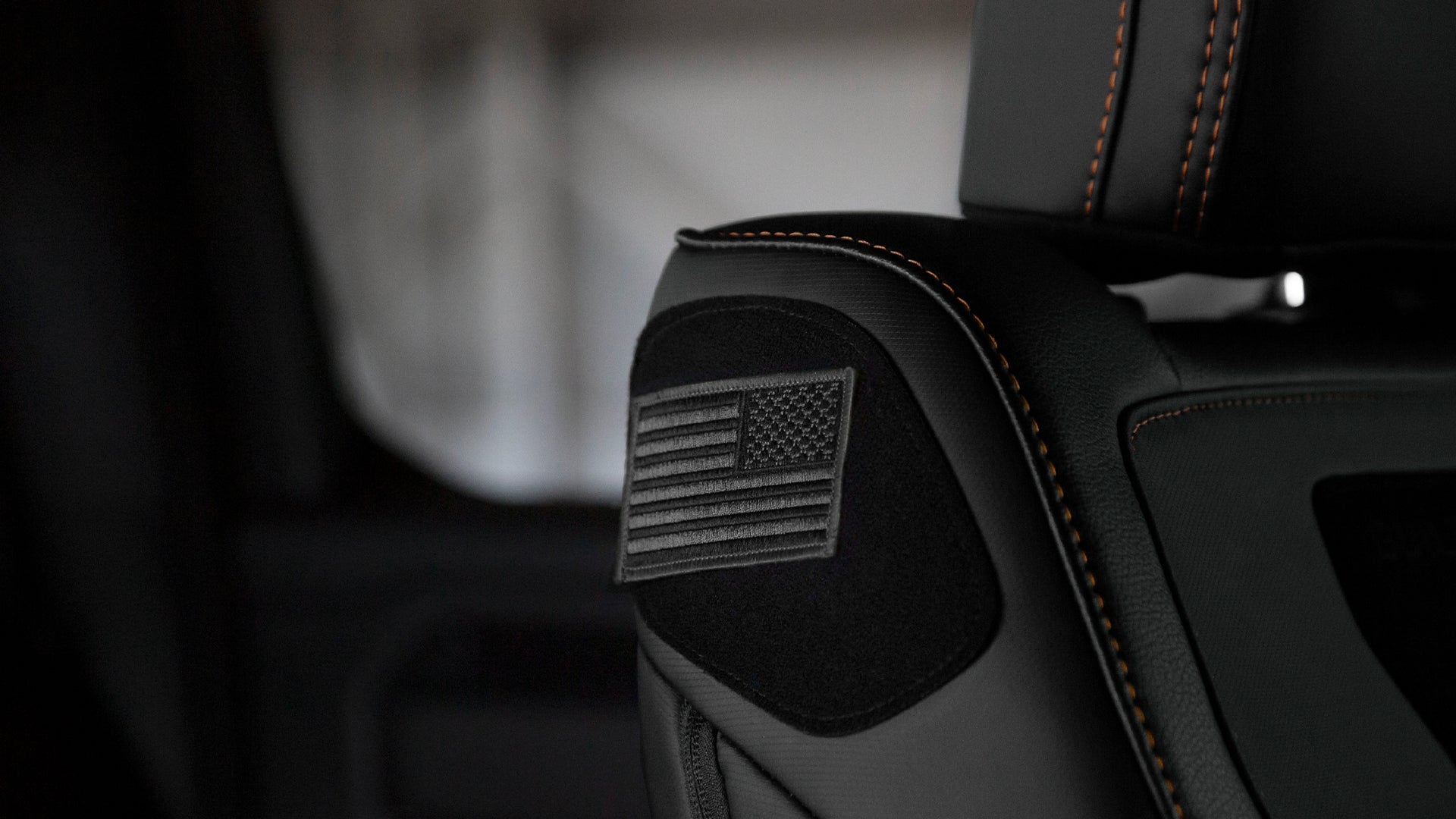 There’s a ton of stealthy black exterior touches, including the front grille and headlight bezels as well as the badges, side steps, and four-inch exhaust tips out back. Each Built to Serve Ram is made tougher by underbody armor, tow hooks and all-terrain tires, tied together by 20-inch aluminum wheels finished in Technical Grey.

Customers can spec their Built to Serve Ram with the engine of their choice, so if you prefer the 5.7-liter Hemi V8 to everything else, then make it so. Or, you could spring for the extremely fuel-efficient EcoDiesel V6 that goes 1,000 miles on a single tank. It’s up to you, or rather, the 1,250 people who buy one of these honoring the Coast Guard. Either way, it’ll probably look pretty great.