Raise your hand if you’re also addicted to the campy cheesiness that is Netflix’s Cobra Kai series. Don’t be shy, you’re in good company: in its debut week, audiences spent 120.06 million hours watching season 4, according to the streaming service’s tally. The series focuses on main characters Daniel LaRusso and Johnny Lawrence wrestling their past and present as grown-up survivors of the Karate Kid era along with a cast of newcomers and a few blasts from the past.

One of those characters from Karate Kid III (holy moley, how can it be that it was released in 1989?), Terry Silver, slithered his way back into the dark side of the dojo a little more than a week ago. Along with a whole new season of drama, it was Silver who brought the namesake to Cobra Kai in the form of a 1965 Shelby Cobra replica car. 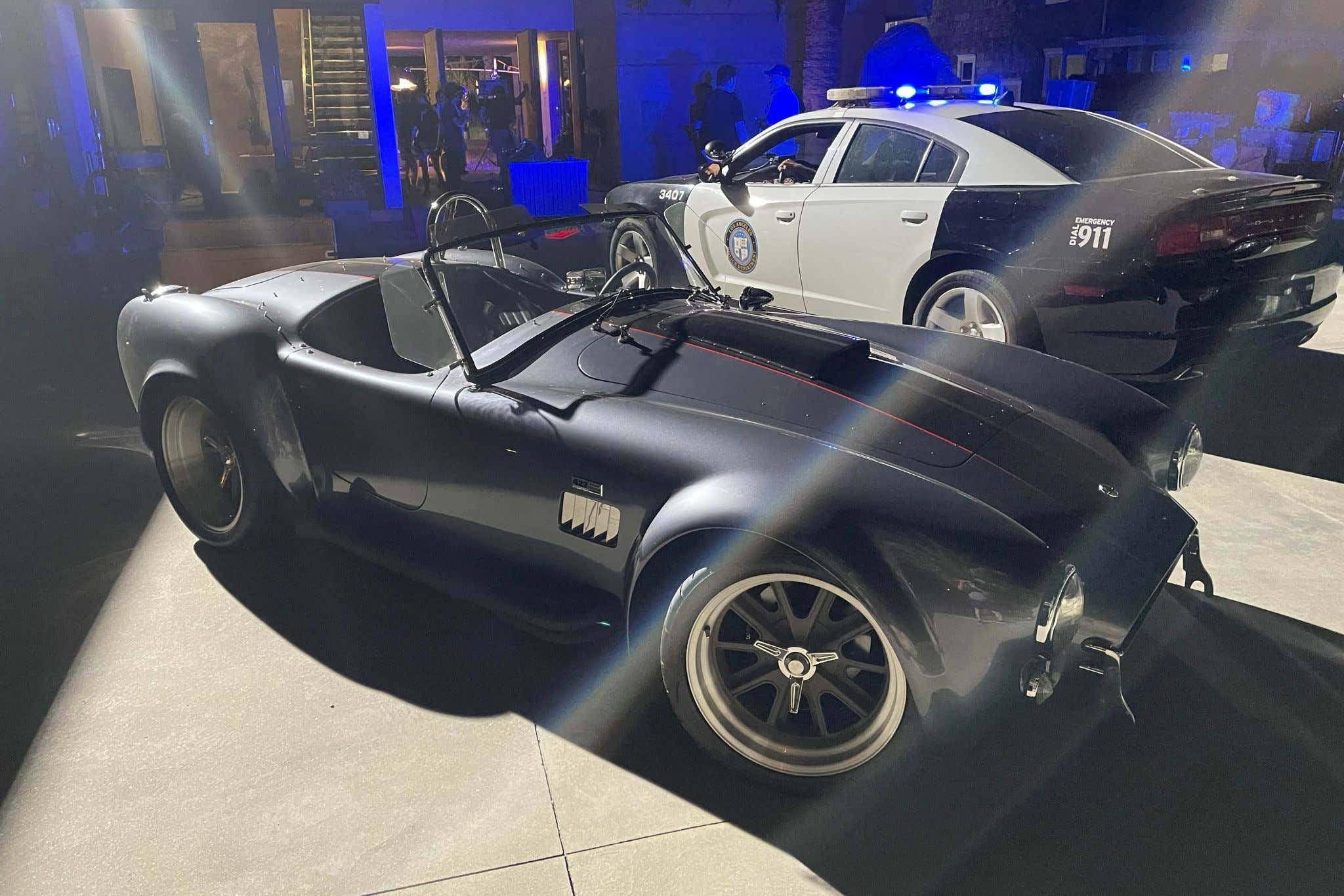 This is a still shot from a turning-point scene (no spoilers!)

A carousel of vehicles have been featured on the series; in season 1, Daniel drove an Audi sedan and Johnny a Firebird, then a Grand Caravan, then a vibrant yellow-and-black Dodge Challenger. Even Mr. Miyagi’s pale-yellow 1947 Ford convertible shows up in a cameo role on occasion. But one type of car was missing before this season, and that slot is being filled by villain Silver’s Shelby Cobra replica model.

Nearly two years ago, Preston Ashford Media Group owner Brad Gouldsmith reached out to Cobra Kai producer Jon Hurwitz, who also helmed A Very Harold and Kumar Christmas, Blockers, and American Pie 5. Gouldsmith connected the producer to Superformance, which manufactures rolling chassis for continuation cars, and Downforce Motorsports, which built and supplied it for the set. 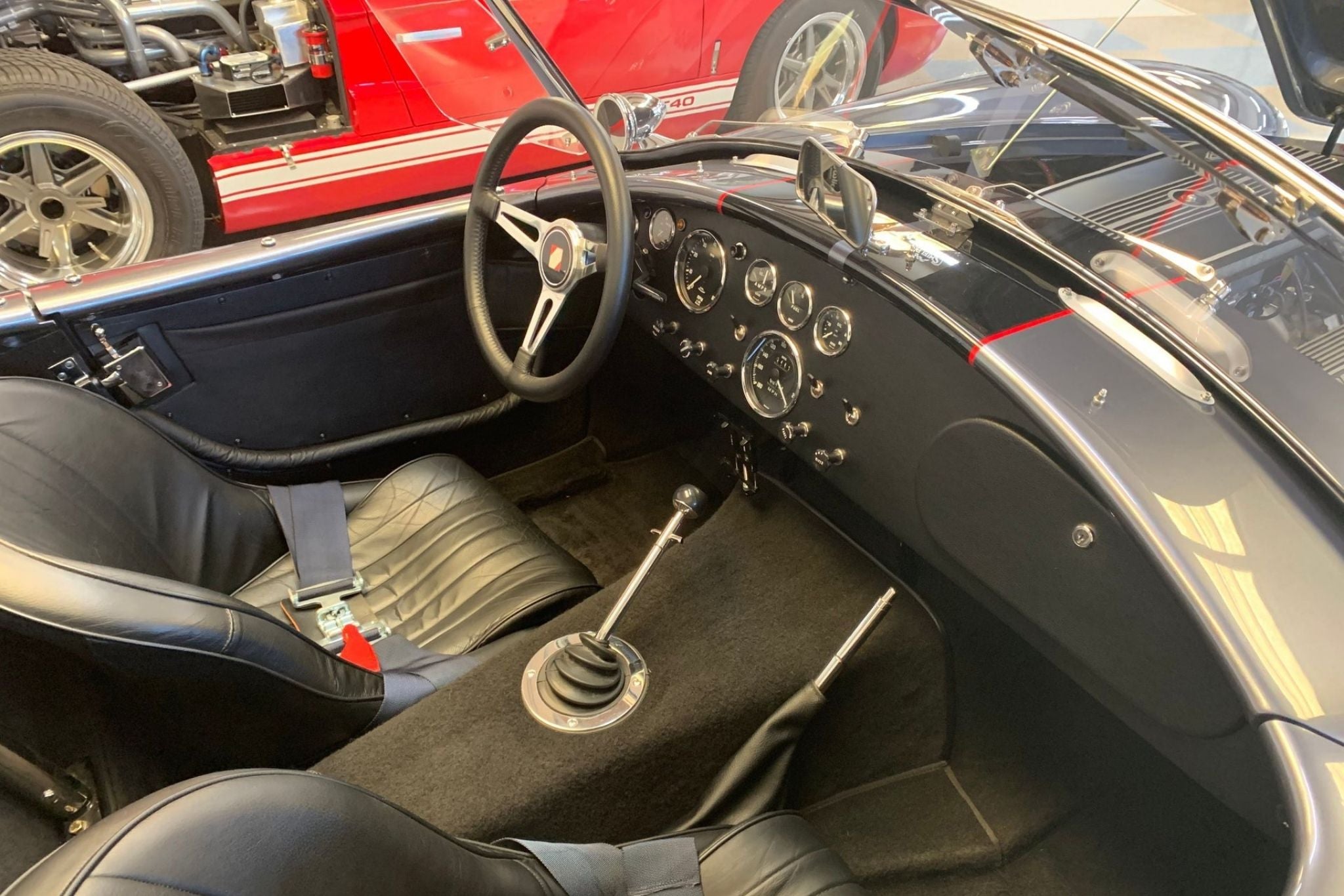 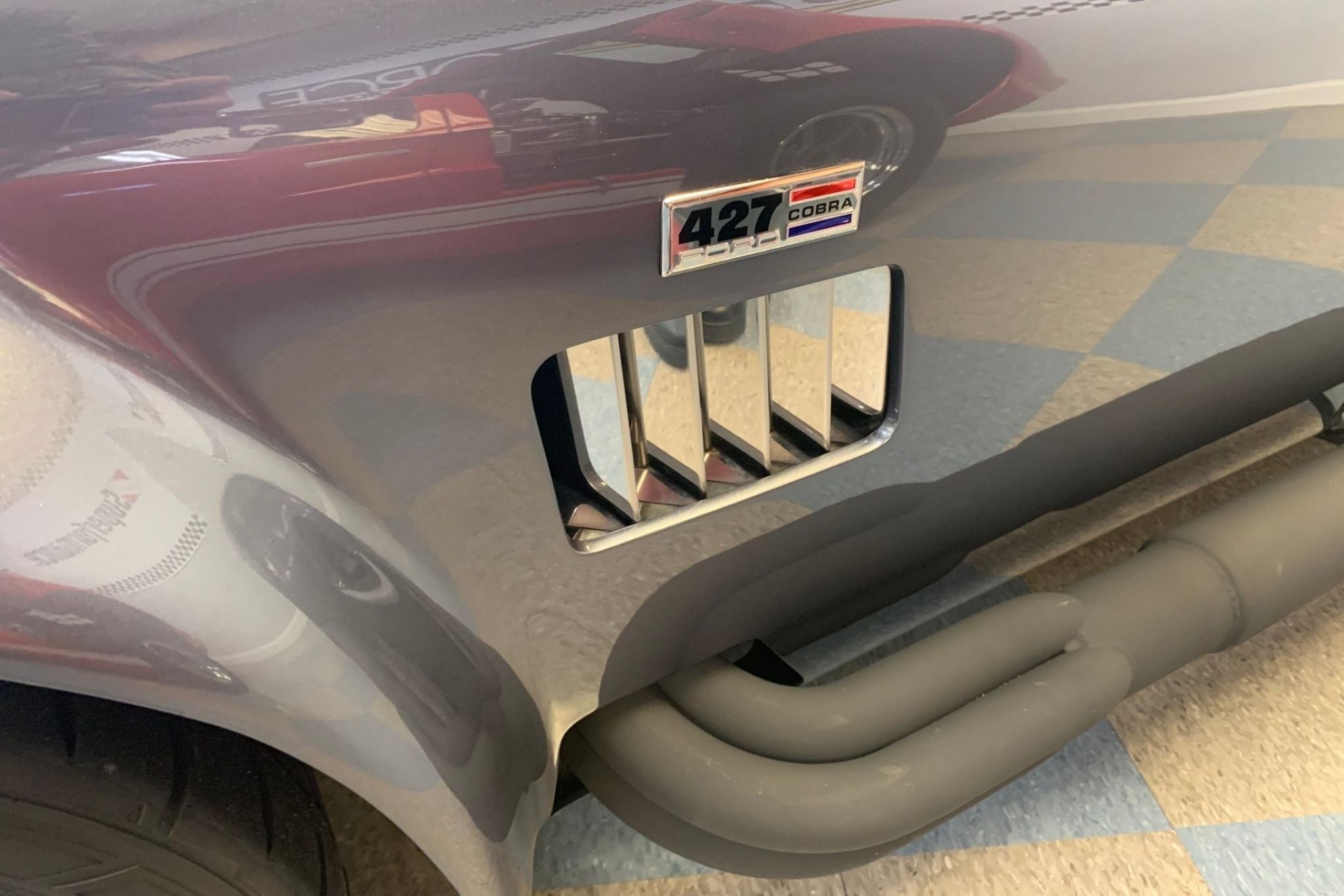 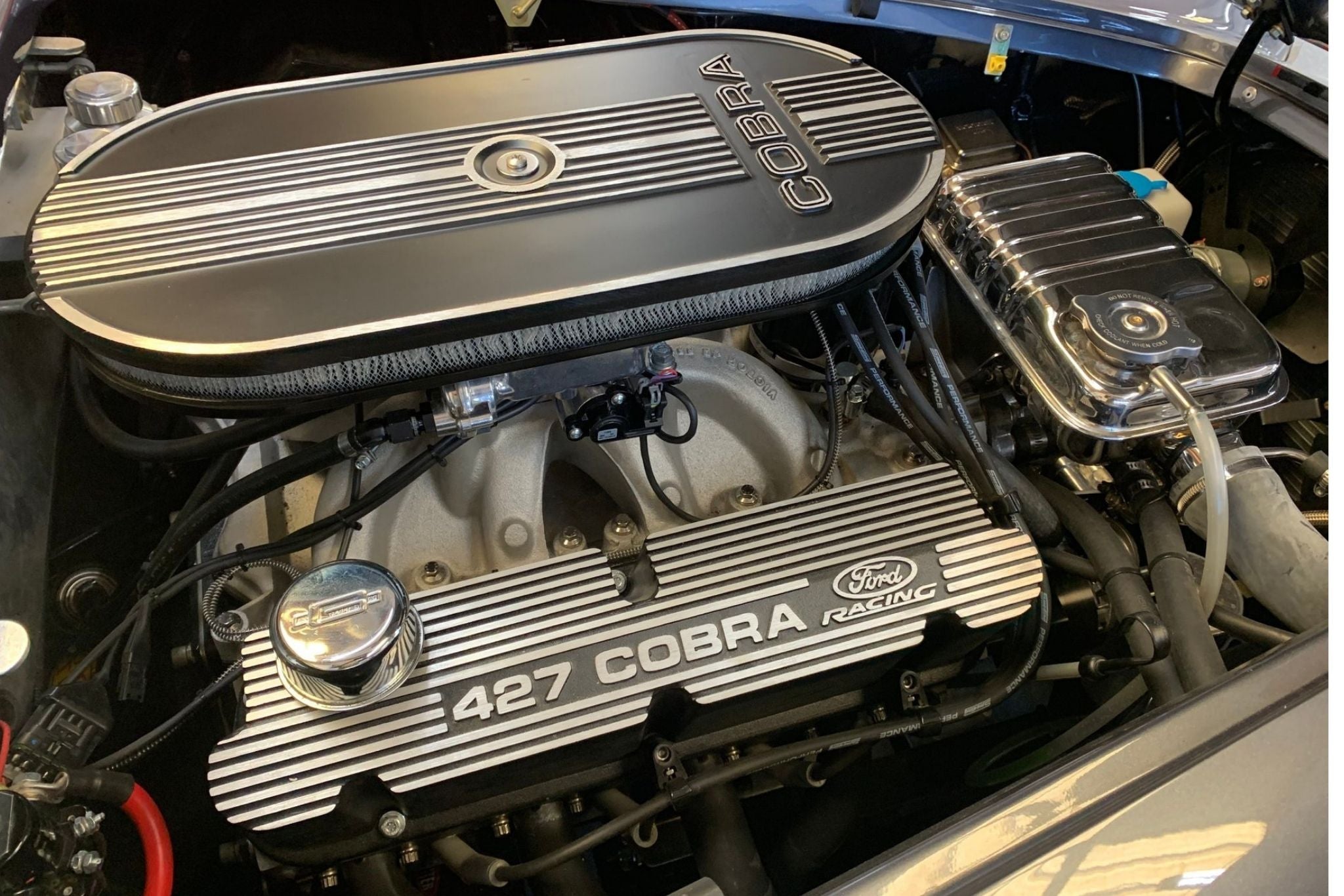 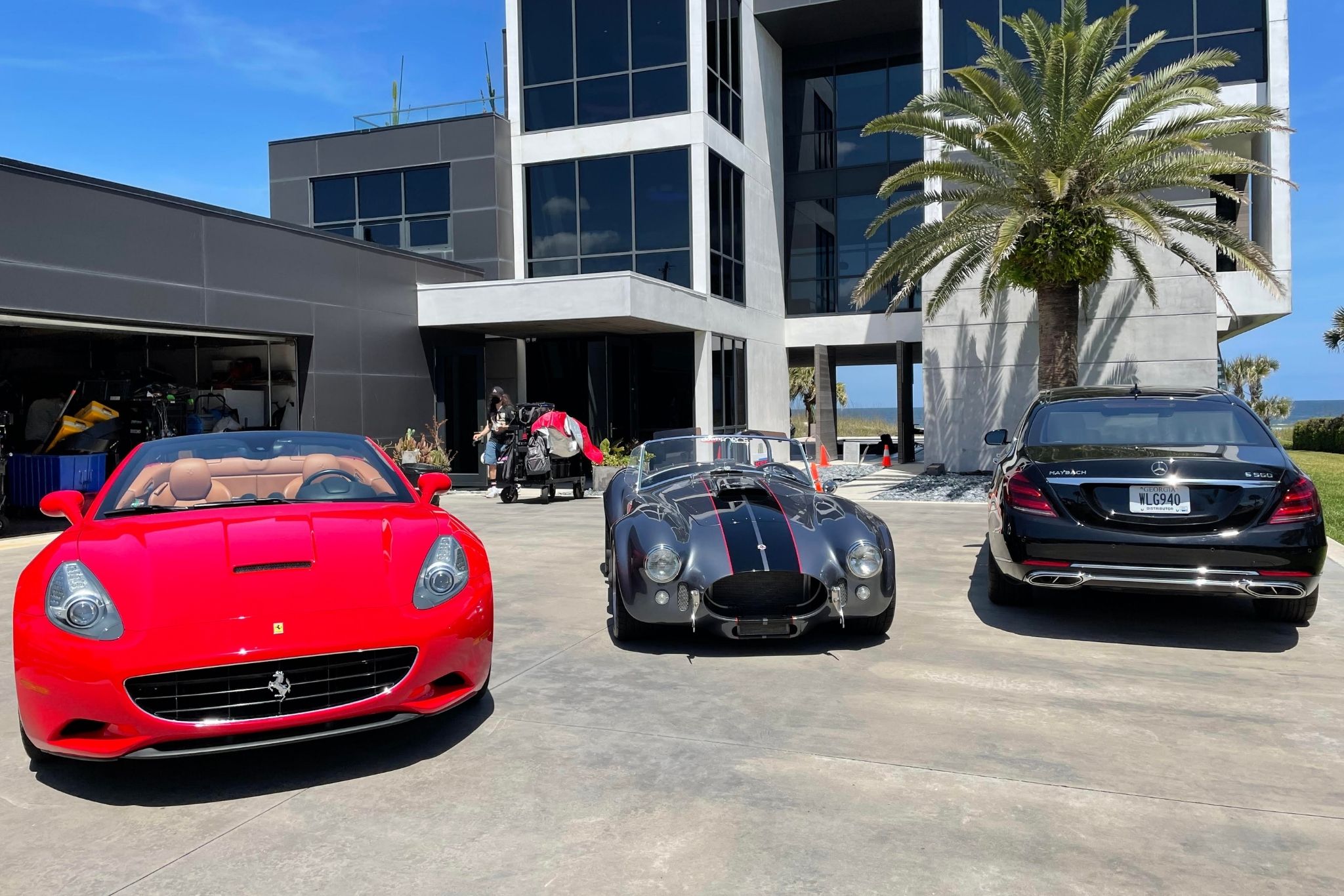 Silver’s Superperformance MKII, which costs a fraction of the $2.5 million for the original 1965 version, is powered by a Smeading Performance 600-hp, 427 cubic-foot engine. Holley double pumper carbs regulate the fuel and air ratio, and power is transferred through a TKO600 five-speed manual. Sounds like that’s plenty to catapult Silver into the mix, where he’s sure to cause plenty of angst for everyone.

The Shelby Cobra’s time on screen is brief and brilliant, and I’m hoping it returns for more. Having a show with the name Cobra in it requires a car to match.