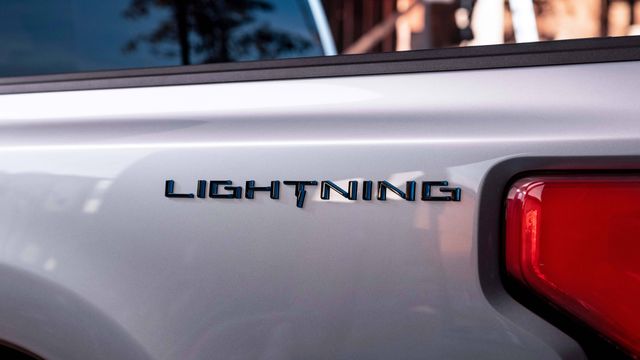 It’s no secret that Ford has been working on a battery-electric variant of its F-150. And as we learned last week, Ford today confirms it’s reviving the Lightning badge for this electric pickup—and unlike the provocative use of the Mustang name for the Mach-E, it might be the most obvious and effective name for a vehicle ever.

For some background, the Ford F-150 Lightning was a performance variant of the pickup, first in the ninth-generation truck with a 240-hp 5.8-liter V8, then again the following generation in 1999 with a supercharged 5.4-liter V8 producing 360 hp. It even made an appearance in the original Fast saga film, The Fast and the Furious.

Ford President and CEO Jim Farley says, “Every so often, a new vehicle comes along that disrupts the status quo and changes the game … Model T, Mustang, Prius, Model 3. Now comes the F-150 Lightning. America’s favorite vehicle for nearly half a century is going digital and fully electric. F-150 Lightning can power your home during an outage; it’s even quicker than the original F-150 Lightning performance truck; and it will constantly improve through over-the-air updates.”

Details are still unclear about this upcoming battery-electric Ford pickup, but we’re expecting it to live up to the Lightning name. Ford did mention that the new F-150 variant will hit the new Rouge Electric Vehicle Center assembly line next spring.

If you want to watch Ford reveal the new F-150, that’ll happen much sooner than next spring. Ford will livestream the Lightning’s reveal on Facebook, Twitter, and YouTube on May 19th at 9:30 pm EDT. If you happen to be away from your Smart TV or phone on that day and are walking down the Las Vegas strip or wandering around Times Square and in proximity to a jumbtron, you will also be able to watch the reveal there, as Ford is broadcasting this reveal almost everywhere.

The Ford F-150 Lightning is back as an electric pickup. Do you think this makes sense? Let us know in the comments below.