What Happens If You Drive An EV Until The Battery Dies?

Many thought General Motors canning the Hummer brand a decade ago was a mistake, and indeed with the sales of SUVs going through the roof, it seems like it was. To rectify this error, the Detroit automaker is releasing a new Hummer under the GMC brand, but this time, it’s completely electric. Although it’s set to debut tonight at 8 p.m. ET during game one of the World Series, GM’s foray back into the Hummer brand appears to have leaked early in an advertisement online. We know all of this because of our eagle-eyed friends at Jalopnik.

The ad is admittedly low resolution and doesn’t give as much detail as the official photos will, but it’s still one of the best looks yet at GM’s new 1,000-horsepower “supertruck.” 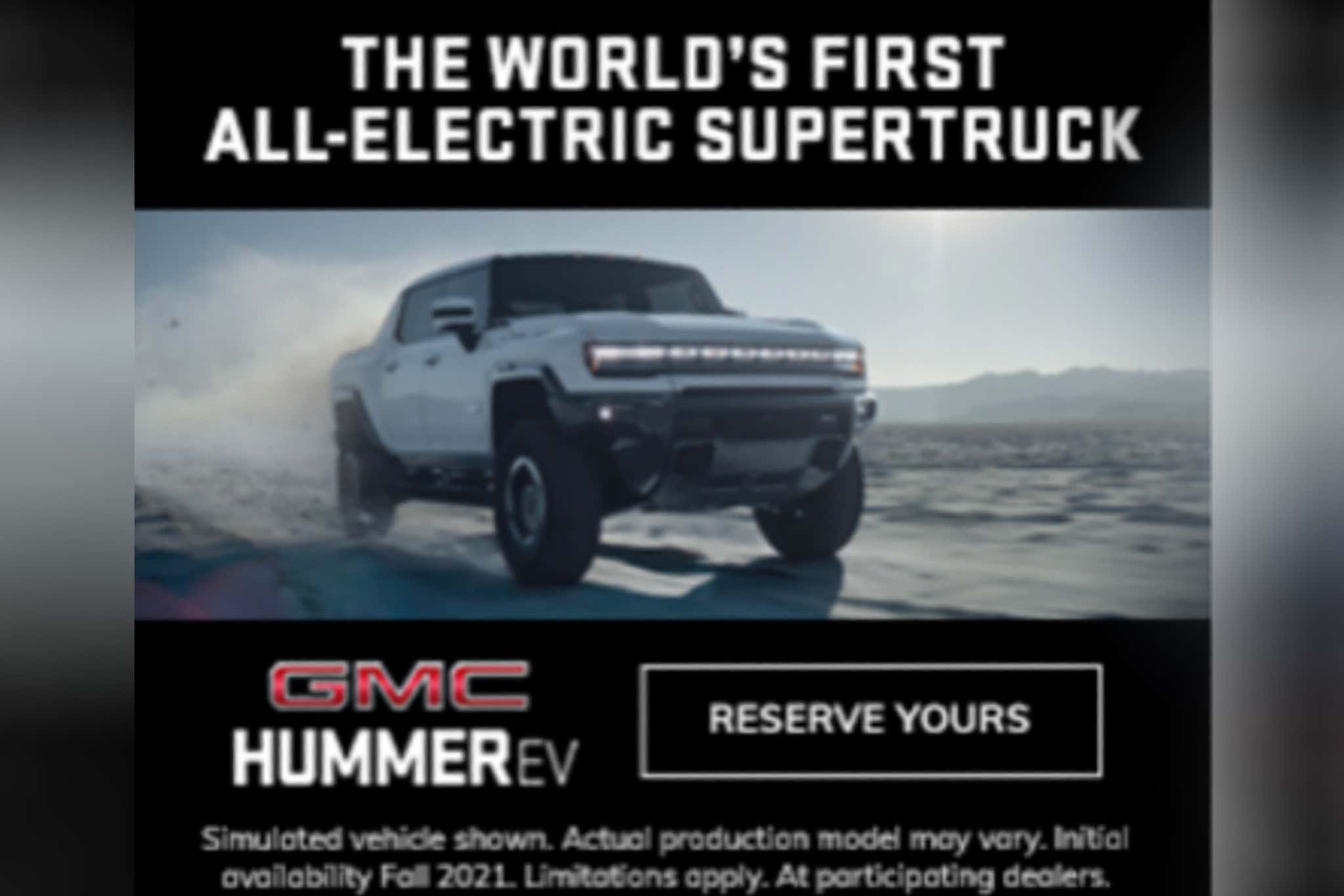 Only scant details are visible, but we can definitely see a few things. First of all, it’s definitely a pickup as previous images released by GM indicate. It also has the same front fascia as the teaser images. Other non-visual features of the Hummer EV that we know about include its aforementioned power figure, and its capability to “crab walk” by turning both sets of wheels in the same direction.

The ad makes it clear that the truck in the image is a simulated vehicle, and that the production car will likely look a bit different. As far as buying one of these trucks goes, the ad says we can expect to wait until Fall 2021. Before that time rolls around, just tune into game one of the World Series to get a peek. You’ll also be able to get more information about it here at The Drive.

Related posts:
Car Reviews
Europe: Audi e-tron Finally Gets 22 kW On-Board Charger Option
Total To Operate 2,300 Charging Points In Paris
Watch Live: Gran Turismo FIA Online Championships 2020 Americas Regional Final
What Happens If You Drive An EV Until The Battery Dies?
Recent Posts
This website uses cookies to improve your user experience and to provide you with advertisements that are relevant to your interests. By continuing to browse the site you are agreeing to our use of cookies.Ok