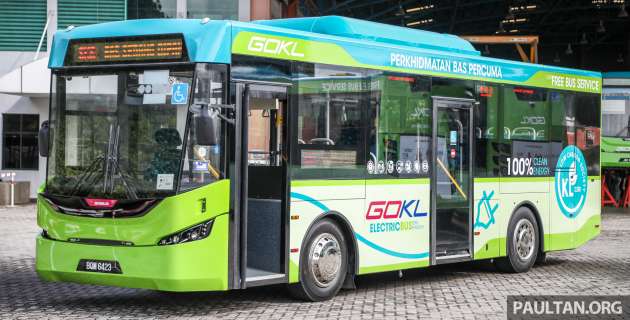 The government is looking to expand the use of fully-electric buses for public transport following their implementation in Kuala Lumpur, where KL City Hall (DBKL) has begun utilising them for its GoKL City Bus free bus service.

Prime minister Datuk Seri Ismail Sabri Yaakob said it is hoped that electric buses will eventually feature in Putrajaya and other major cities before their use is expanded nationwide, as part of efforts to make Malaysia a carbon-neutral nation by 2050, Bernama reports.

He hoped that more states will emulate Kuala Lumpur City Hall’s (DBKL) move in switching to fully-electric buses for public transport, and looked forward to more participation from various parties. “To achieve the target of becoming a carbon-neutral nation by 2050, all quarters need to be involved,” he said during a visit to SKSBus Group’s facility in Pulau Meranti.

The company, via its SKS Coachbuilders subsidiary, builds the electric bus that features in the GoKL City Bus service. Aside from the driveline and electrical components (which are imported from China), the electric bus is fully fabricated by the company locally.

The electric bus can carry 31 passengers (21 seated, 10 standing) and has a maximum speed of 70 km/h, but optimally works best at speeds of up to 55-60 km/h. The energy storage consists of 299 kWh of capacity, available from eight lithium-ion traction battery packs housed at the rear of the bus, providing the bus with up to 250 km of travel on a single charge.

As of November 1 last year, the first bus began operating in the Wangsa Maju area. Additional units are set to be pressed into service early this year, and the eventual deployment plan will see a total of 60 units of the electric bus being introduced in stages They will eventually replace all the existing diesel-powered units currently in operation by early 2023.