If you were browsing Reddit or TikTok over the weekend—and if the algorithms are primed to send wacky car stuff your way—you might’ve seen a video of a bunch of Hot Wheels cars duking it out on a moving treadmill in a strangely captivating last-man-standing race. Treadmill racing with tiny cars isn’t a new thing, but for a time this weekend it was the thing, with clips going viral and racking up hundreds of thousands of views on multiple platforms. And you might be surprised to learn its current moment in the sun can be traced to an unlikely source: a realtor with a great idea and a YouTube channel.

By all accounts, Steve Wilkins was just looking to entertain his kids when he posted the first treadmill racing video on his channel in March of 2020—and we all remember what that month was like. The concept was a little different, with long lines of tape guiding the diecast cars on a flat treadmill. But after a couple tries, Wilkins hit on the winning formula in a video from March 23, 2020, elevating the rear of the treadmill to let gravity, the moving surface and the cars’ natural steering variations combine for an uncanny recreation of high-speed racing. 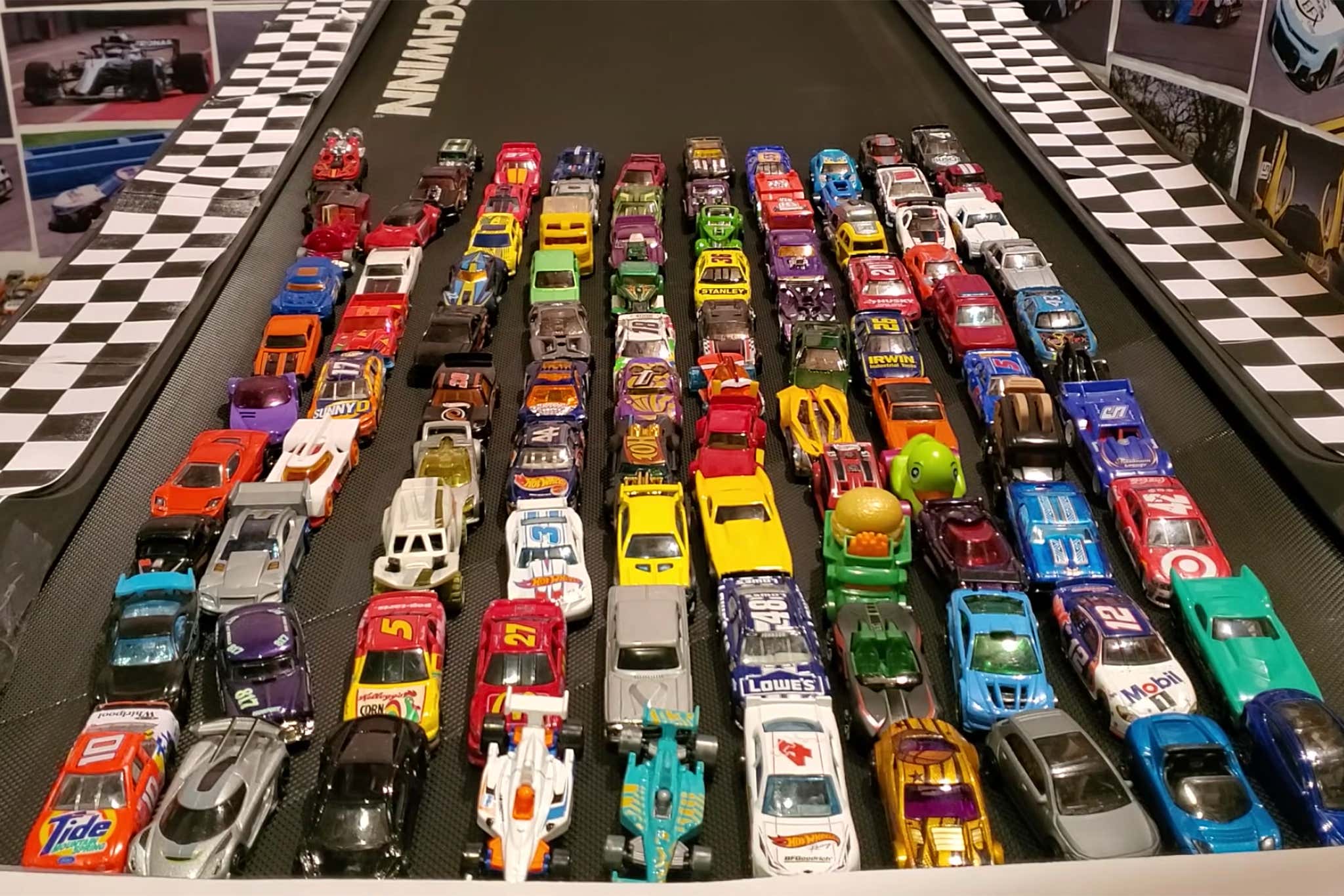 Then, nothing. For months, the channel varied between property showcases, Fortnite streams and nothing else, with view counts in the hundreds. But two months ago, Wilkins uploaded a Talladega-inspired treadmill race with diecast stock cars and some truly excellent commentary that scored almost half a million views. A switch flipped, and now it’s all treadmill racing, all the time on the Steve Wilkins channel.

Theoretically, the cars should stay rolling on the treadmill indefinitely. But, of course, they’re cheap toys, so they don’t all roll perfectly straight. And the sport isn’t an exact science, so they cars aren’t aligned perfectly straight in the first place. As a result, it’s chaos, but a surprisingly elegant chaos.

The races continue for several minutes and end when only one car remains on the course. Some contests end with two remaining players duking it out, and with Wilkins’ commentary, the finale is legitimately exciting to watch.

Some similarities with actual NASCAR are evident. Lines and packs form, and two cars often end up swerving side-by-side before one eventually crashes. Videos feature varying numbers and arrangements of cars to spice things up a bit.

He’s clearly made an impact—before this weekend’s surge of attention, the concept has been adopted by a few other channels (just search treadmill racing on YouTube and you’ll see what I mean). Wilkins isn’t the first person to put toy cars on a treadmill, but he certainly innovated the form and absolutely deserves credit for the idea, which people are clearly loving. A recent Reddit post about treadmill racing earned nearly 100,000 upvotes, which is about as high as that number goes. And a TikTok channel called Treadmill Championship Racing with over 375,000 followers has taken the concept a step further by adding bumpers to the side of the treadmill to stop the cars from getting stuck.

So, if you’re wondering how treadmill racing made it onto your feed, the simple answer is a real estate agent experimented with his channel, and the YouTube algorithm worked its magic. And you know what? This is one time when we’re all a little better for it.