Hyundai announced it was spinning off its electric vehicles into a standalone brand before it was cool with the creation of the Ioniq brand, and Ioniq’s first vehicle is exactly what you’d expect in 2021: a midsize crossover. Hyundai teased the new Ioniq 5 today with some cute videos of its new battery tech in action, one of which claims it can get over 62 miles on just five-minutes of charging.

The Ioniq 5 is based on the Hyundai 45 Concept from the 2019 Frankfurt International Motor Show, and it looks slick, with wheels and wheel arches reminiscent of a camera shutter. We’ve lightened a couple of the teaser images to show more of the car, but it looks fairly similar to the angular concept so far. 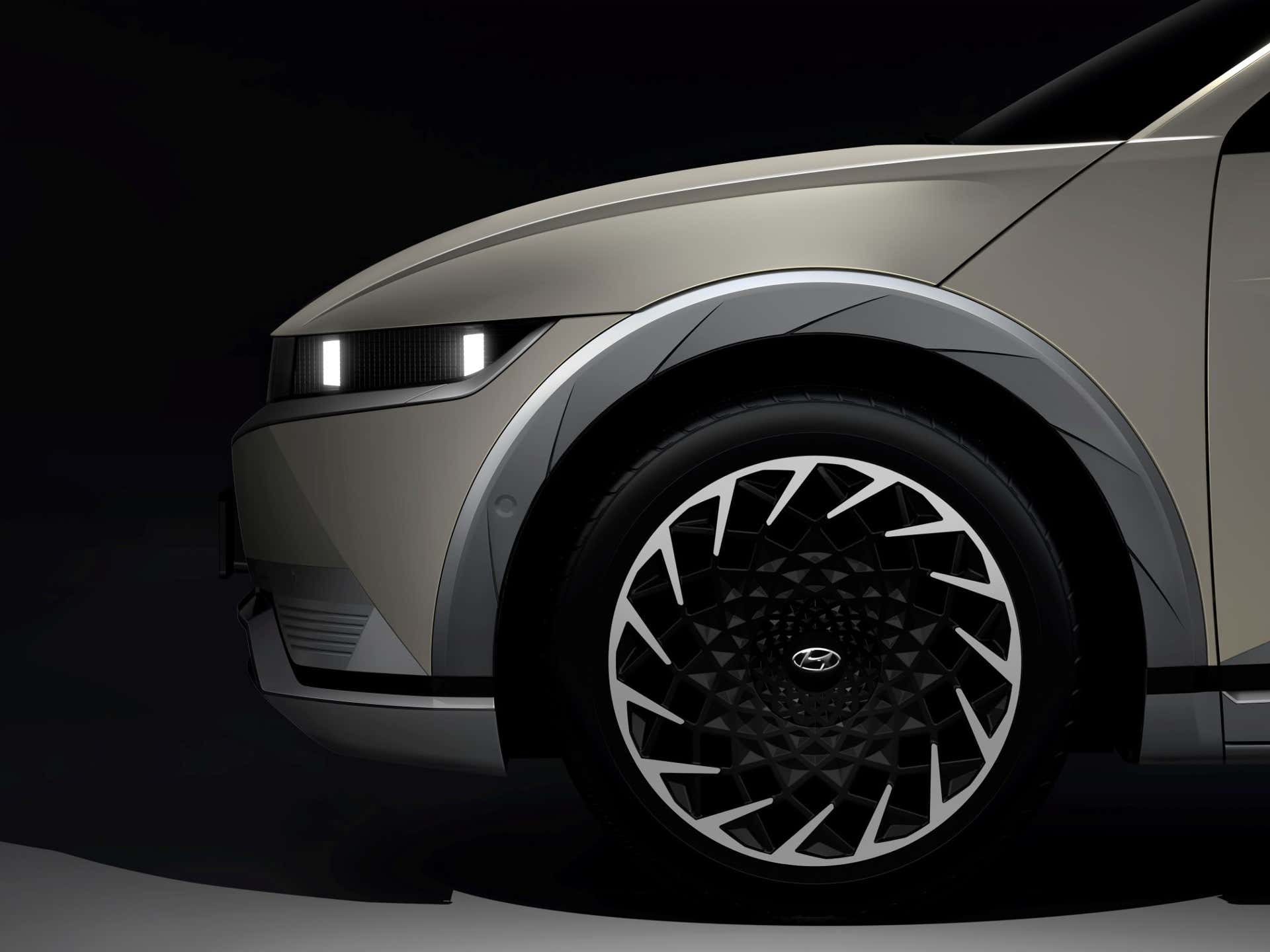 The front features futuristic arrays of lights that Hyundai says were inspired by pixels. It also has a cool clamshell hood to minimize panel gaps—a feature more often found on sports cars like the BMW Z3, Aston Martin DB11 or Pontiac Solstice. It also has the largest wheels ever fitted to a Hyundai at 20 inches each, but they look proportional here.

This is the first car based on Hyundai’s new E-GMP platform, which will serve as the basis for a total of 23 new EVs over the next five years.

Hyundai wanted to show off the practicality of the Ioniq 5’s EV tech, so it’s starting off by demonstrating its fast-charging tech and its 3.5-kW vehicle-to-load (V2L) system in a handful of teaser videos.

V2L allows the Ioniq 5 to act as one big power supply capable of powering 110- and 220-volt gadgets, which Hyundai demonstrated with a camping trip where the Ioniq 5 powers a series of ever-larger gadgets, starting with an oven, then a home stereo system and finally, a full-size treadmill. All I know is, I’m not helping y’all pack that back up, but it would come in handy for actually paying attention to the action with a little TV at an endurance race. (I’m still sad about missing Sebring last year.)

Its last teaser is the most impressive for everyday use, though. Hyundai claims that the Ioniq 5 is capable of delivering over 62 miles (100 kilometers) of range on a single five-minute charge using the WLTP standard.

That’s pretty impressive, especially given that just a couple years ago, waiting for an plug-in car to get any usable range at all meant that you were farting around by the charger for a while. If you want people to use EVs, it’s got to be easy and convenient to actually charge them.

Hyundai plans to reveal the Ioniq 5 in full in February 2021. 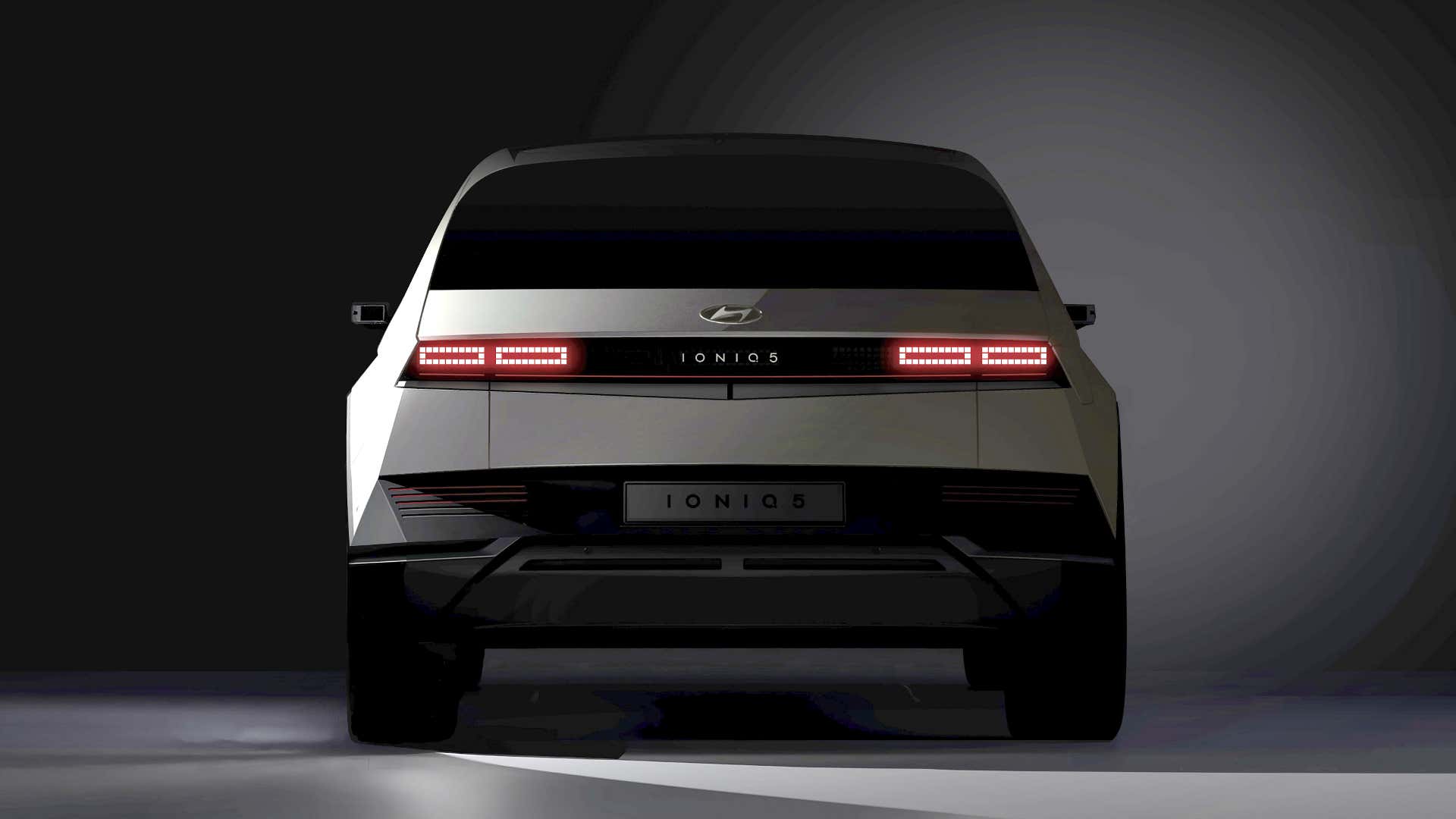 Related posts:
Car Reviews
Drivers warned to ‘keep more distance’ on roads or get £100 fine and three points
Toyota's Kinto car-subscription service launched in Malaysia – prices start from RM1,678 a month for Yaris – paultan.org
United States to get own version of new Honda HR-V – paultan.org
Geely and Taiwan's Foxconn form JV to provide consulting services in manufacturing processes, ICT – paultan.org
Recent Posts
This website uses cookies to improve your user experience and to provide you with advertisements that are relevant to your interests. By continuing to browse the site you are agreeing to our use of cookies.Ok