Hyundai hasn’t had a minivan in the U.S. since the ill-fated Entourage that ceased production in 2009. Its sister company makes the Kia Sedona, which is decent but will be replaced by the arguably more-appealing “don’t call it a minivan” Carnival in 2022. Across the pond, Hyundai teased out its new spaceship-looking entry to the market: the Staria.

As we did for the recently-released photos of the Kona N, we boosted the brightness on the shots in the press release so you can see the details. The new vehicle replaces the light-commercial Starex, which the brand calls a multi-purpose vehicle, or MPV. Hyundai’s Staria looks strikingly different from the Starex, with a much larger and lower grille and a massive windshield. It won’t be sold in America as of this juncture; its market is focused in Europe and Asia. 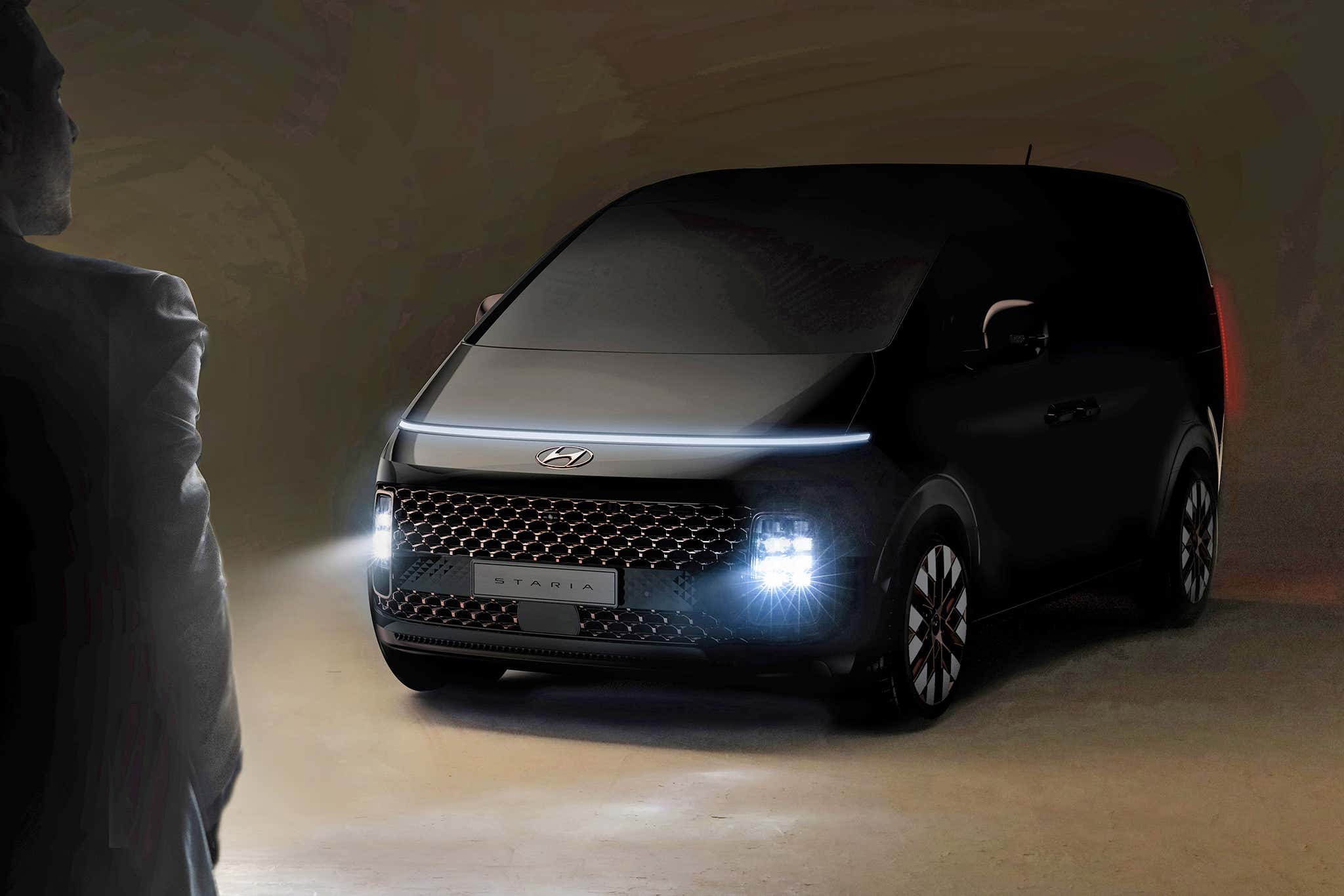 Starex vans were priced lower and had more features and accessories than the identical Mitsubishi Space Gear, a lovably weird and funky off-road capable minivan. The second-generation Hyundai Starex was launched in Malaysia in 2008 and had room for 11, but the Staria appears to be on the smaller side of the configuration spectrum. A long light bar, panoramic window, low beltline, and tall greenhouse gives the Staria a personality all its own. Hyundai says it is designed for easy access for cargo and passengers and will be sold for both personal vehicle use and commercial fleets.

No word yet on the drivetrain or other details, but we’re betting on a similar setup as the outgoing Starex, which has a 2.5-liter diesel in either two-wheel or four-wheel drive.

Details are coming soon. Hear me out, Hyundai: integrate one of the star-gazing apps into a moonroof for even more space-enthusiast geekiness. And upon startup, scroll the Star Wars intro on the display screen: “A long time ago in a galaxy far, far away…”