Rumors of a new inline-six engine making its way into Dodge, Jeep and Ram vehicles have been swirling since the FCA days, but with new corporate overlord Stellantis finally flexing its muscle—and the eventual need to discontinue the venerable Hemi V8—the gossip mill has been churning an unusual amount recently. And now, some hard evidence: According to a now-redacted fact sheet posted to Stellantis’ website, the new straight-six “Tornado” engine will be built at its Saltillo plant in Mexico, and in fact may already be in production.

The update to fact sheet, part of a larger release where Stellantis spelled out what was made at its various North American facilities in 2021, was first noticed by a keen-eyed AllPar forum user on Tuesday. Specifically, the Saltillo Engine Plant page was updated to include the following sentence: “The 3.0-liter GMET6 HO launched on Nov. 22, 2021.” Likewise, Stellantis’ North American Manufacturing Operations page (shown below) was noticed to have the new 3.0-liter engine listed under its Powertrain Operations section. 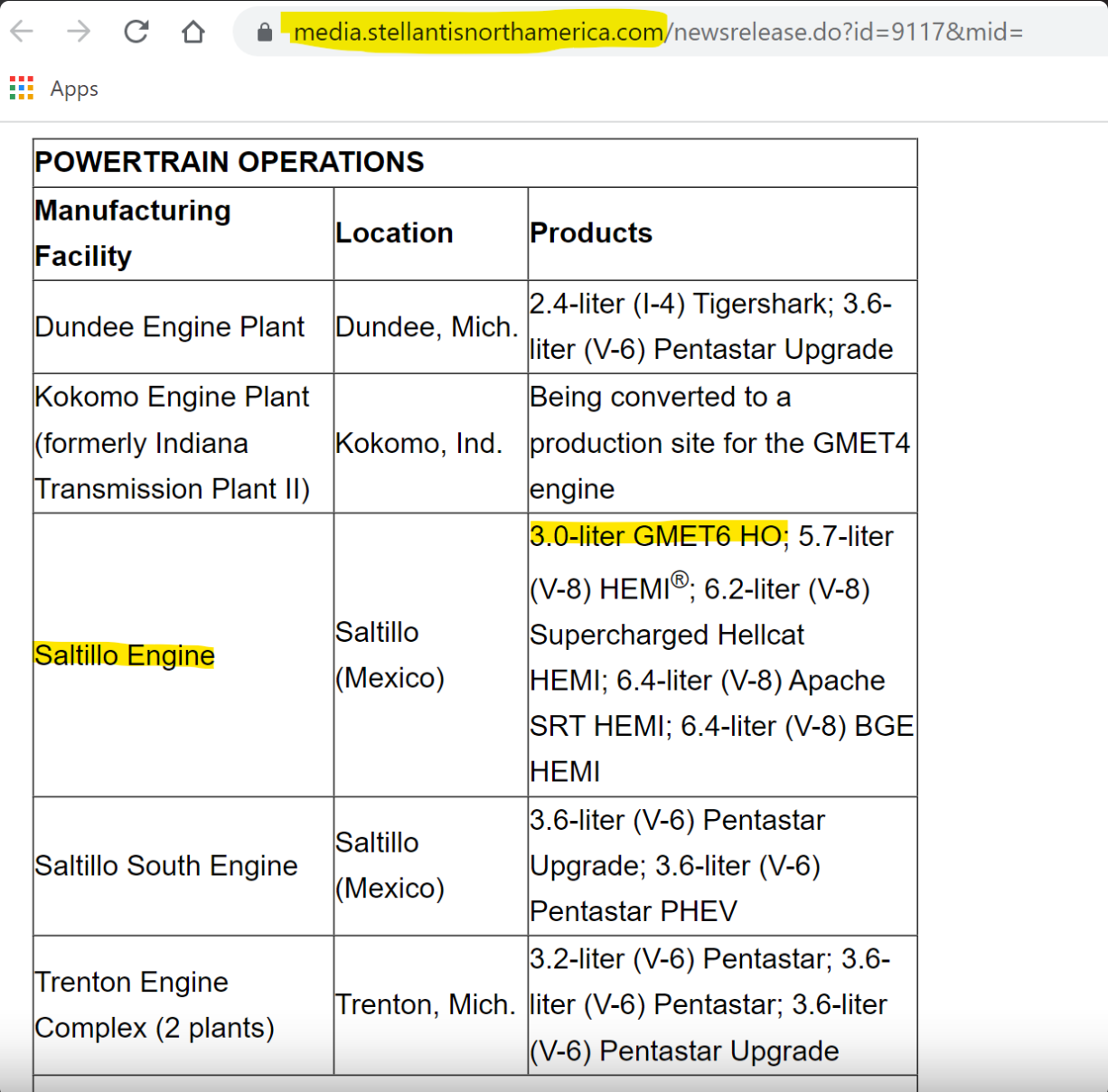 Breaking down that string of letters and numbers reveals a few clues about the engine’s coding. It appears that the platform is based on Stellantis’ Global Medium Engine (GME) family, that it’s turbocharged (T6), and that it’s earned the High Output (HO) designation. And of course there’s the displacement, which is plainly stated as being 3.0-liters. Put all of that together, and you’ve got a recipe for an interesting inline-six powertrain that may soon be found under a plethora of new vehicles.

So what’s all this “now-redacted” stuff? Shortly after the news started to spread, Stellantis’ site was updated to remove any references to the GME-T6 altogether. No cached version of the page exists, but the reference still remains in screenshots and the engine code even on the LinkedIn profile of an employee who previously worked for an Italian engineering consultant that supposedly worked with one of Fiat Group’s major R&D branches, Centro Ricerche Fiat.

As for what vehicles might see the new engine under the hood, there are some additional clues unearthed by Auto Evolution that point to potential candidates. The information comes in the form of a spreadsheet published by Centro Ricerche Fiat which has references to the Ram 1500, Jeep Grand Cherokee, Gladiator, Wagoneer, and Wrangler.

According to sources speaking to Mopar Insiders, the High Output engine is just one of three engine configurations that are slated for future vehicles. There will also reportedly be a standard output and plug-in hybrid variant. It’s not clear which specific engine configurations any particular vehicle will have at this time. 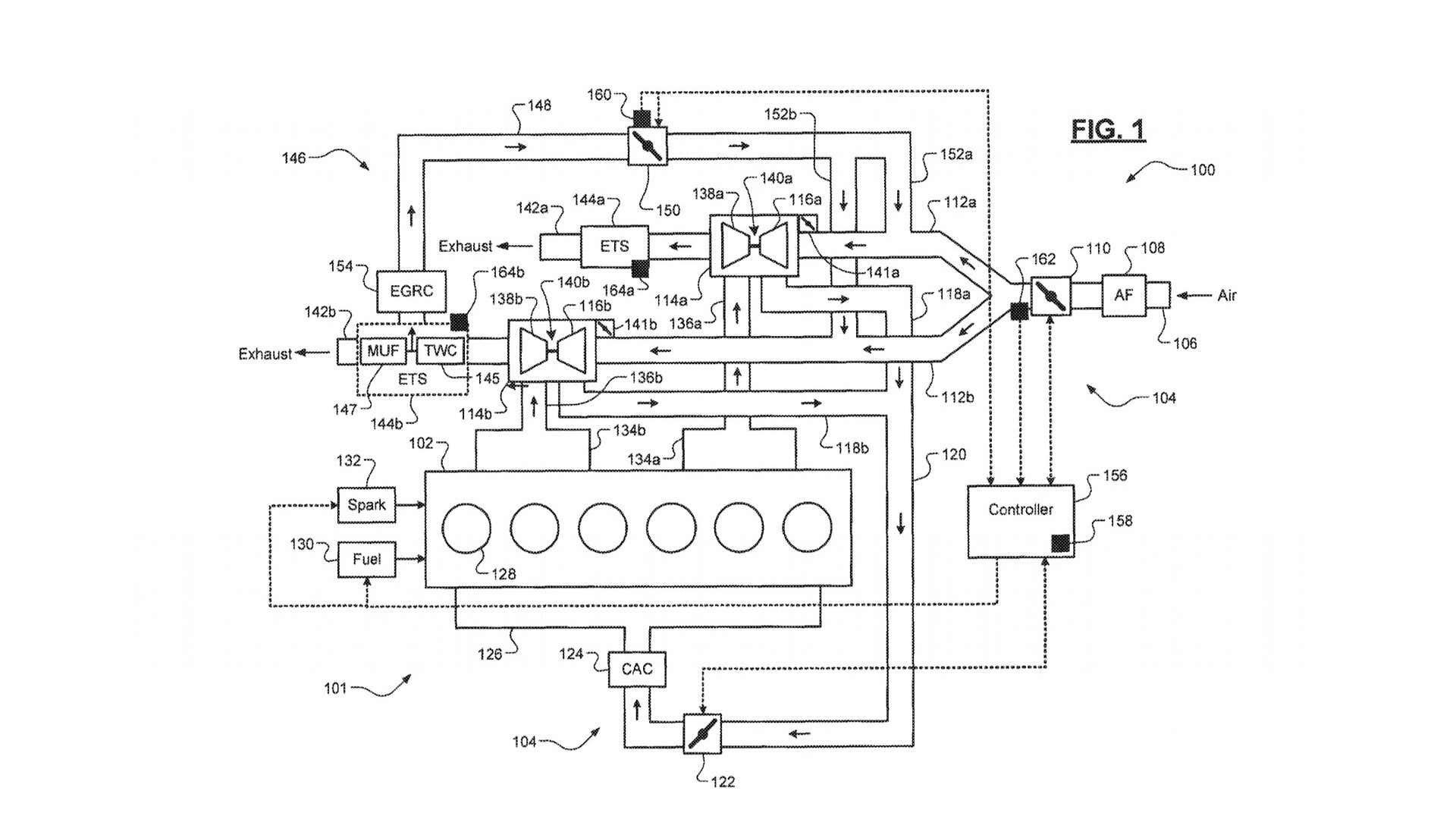 If Stellantis’ goal is to develop a smooth and stout engine with power rivaling its lineup of venerable Hemi V8s (but with nearly half the displacement and two fewer cylinders), it seems quite possible that a high-output version of the GMET6 will do exactly that. And if the engine is already in production like the update suggests, we may see a real-world application in the very near future.

The Hemi V8’s days are numbered, that much is true according to Dodge’s head of sales operations Matt McAlear. But whether or not the GMET6 is its replacement is still to be seen. And perhaps even more bittersweet is the notion that this could be one of Stellantis’ last all-new gasoline engines, especially considering the company’s umbrella electrification push that will involve all its brands.