The Bugatti EB110 was one of the more obscure supercars of the 1990s, built by a short-term revival of the brand which only lasted from 1987 to 1995. The cursed supercar, which debuted into a stalling world economy, nevertheless had serious preformance credentials. A handful of these cars were ever produced, and now you can hear one on the dyno at 8700 rpm thanks to the magic of YouTube.

The Bugatti EB110’s engine was a particular highlight of the car—a bespoke 3.5-liter quad-turbo V12 engine, with five valves per cylinder. Paired with a classic six-speed manual mission, the engine breathed through 12 individual throttle bodies and delivered 553 horsepower and 451 lb-ft of torque. The later Super Sport model would further turn the wick up to 603 hp. 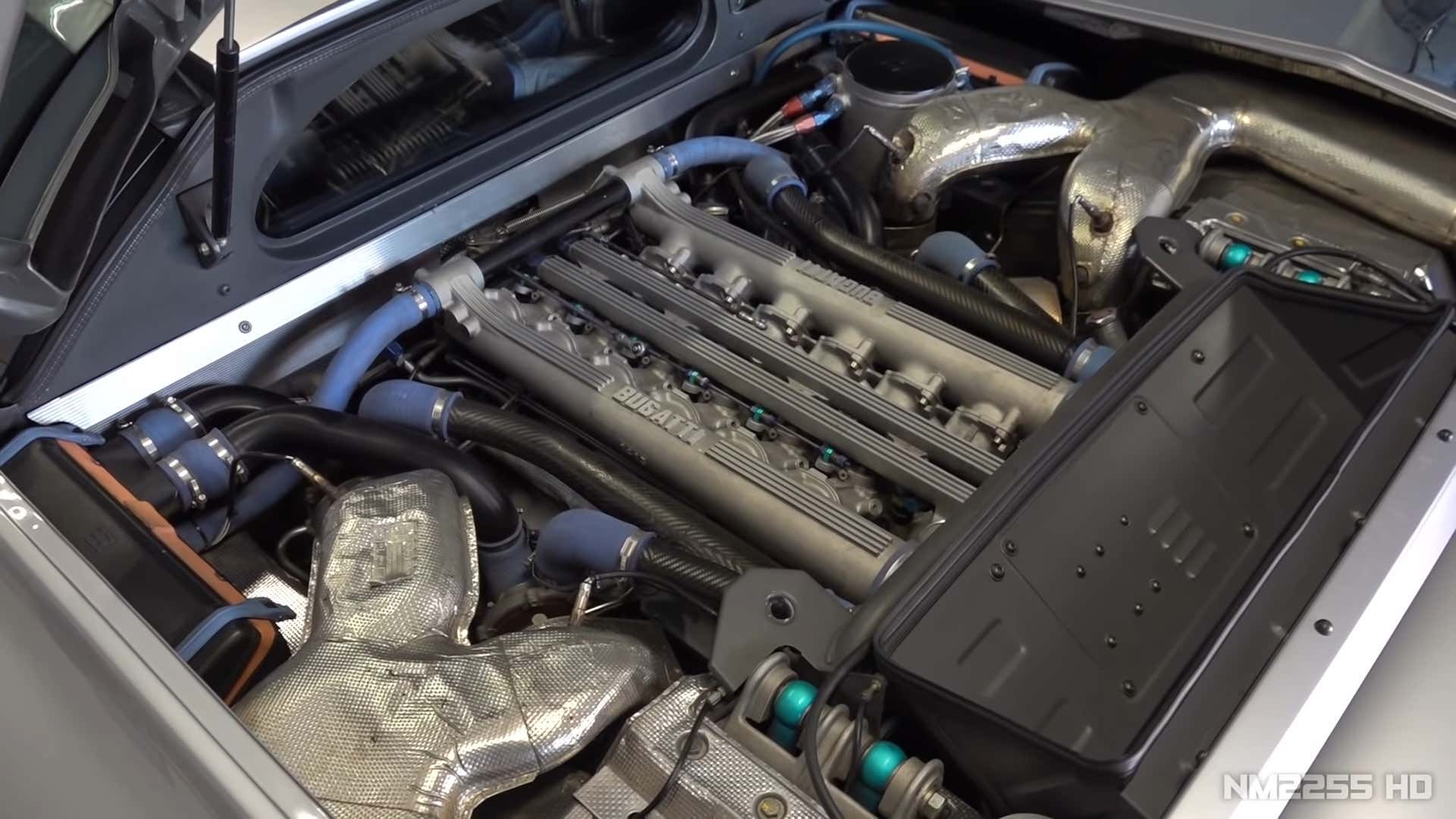 In this video, we see the car being run up on the dyno at BIESSE Racing-Bergamo, a workshop based in Italy that specializes in tuning cars. No power figures are mentioned, but we do get to hear that wonderous V12 wound out to a full 8700 rpm. It’s a unique sound, metallic and insistent, with a distinct baritone quality to the wail of the exhaust.

We’re then treated to some film of the car being taken out on the streets around the workshop. We probably wouldn’t drive quite so quickly in a busy industrial estate, but maybe that’s just the confidence one gains from being behind the wheel of an obscure Italian-built supercar. Rolling on the throttle gets the quad turbos spooled up quickly, and the engine pulls hard under boost. It looks, in a word, intoxicating.

The EB110 was in some ways, quite cutting-edge for its time. Power was put to the ground via all-wheel drive, something supercars were rushing to adopt at the time. The car sported a carbon-fiber chassis, too, along with active aerodynamics courtesy of a rear spoiler that raised up at speed; all this, in a car that debuted in 1991.

With all that tech, and its early 90s style, the Bugatti EB110 still draws attention today. The failure of the Bugatti brand at the time only adds to the richness of its story. We’d dearly like to sample the experience behind the wheel and hear that exhaust report in person, rather than from behind a screen.