BHPian karan561 recently shared this with other enthusiasts.

Here is the video review. And those who prefer text, read on. 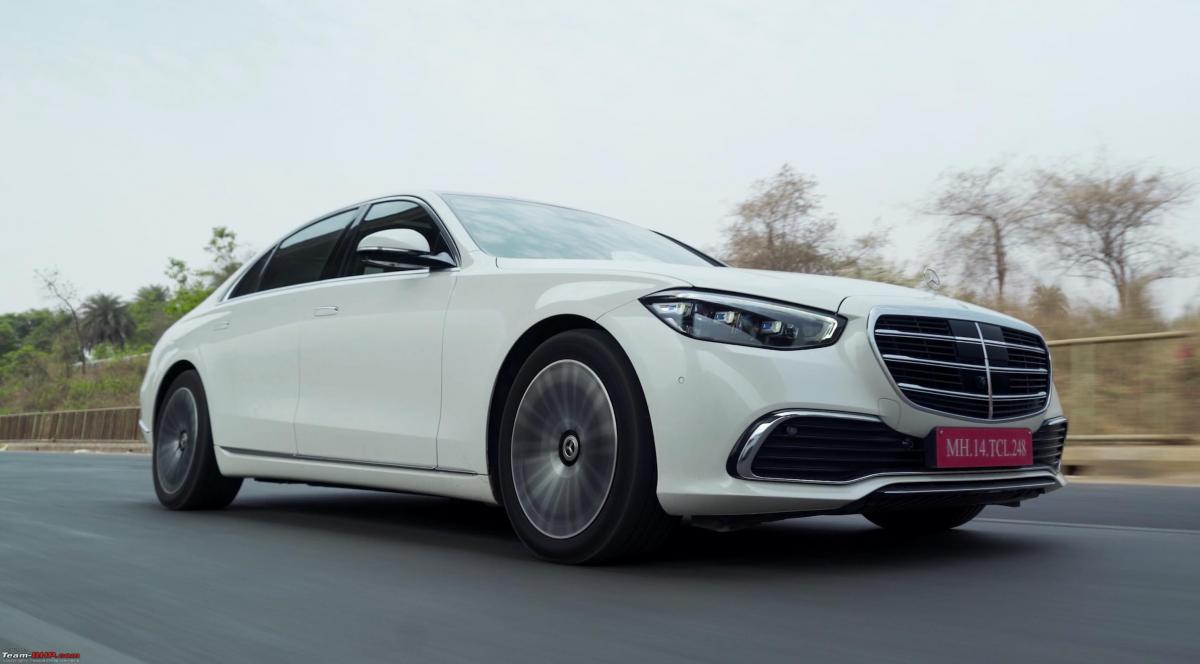 Many years ago Mercedes had almost 9 platforms to make their cars with. But due to cost reductions and smart modular platforms being available Mercedes has standardised their platform range for its Internal Combustion Cars into 4 categories out of which this Gen S Class belongs to the 2nd gen of the MRA i.e. MRA II Platform. In fact, all standard RWD Mercedes models (their 4Matic counterparts included) & even the yet to launch all-new C Class will be based ride the MRA II Architecture. Also, this platform spawns totally 3 S-Class variations, namely the W223 (Standard Wheel Base) Z223 (Maybach Version) and the V223 (the LWB) which the Indian variants are (CBUs included).

The engine this S350d gets is the OM656 Diesel. It’s a detuned version of the 400d CBU car, hence, it’s called the 350d, however, it’s still the new age 6-cylinder. I specify new age because the previous Mercedes Diesels were V6s, this, however, is a straight 6, and this is not the 1st time I’m driving this engine, this same engine with the same tune I experienced in the G350d and the higher tune I drove in the GLS 400d. If I had to describe this detuned OM656 engine in the S Class in one word, then that word would be “IDEAL”. 600 NM is enough to make this S Class a proper cruiser. It’s also important to note that this SKD version is a RWD model whereas the imported 400d came with the 4Matic AWD system. I personally prefer the RWD as it’s surely more engaging and also because you shed weight this will handle better and also be more economical. Also as I said it has enough power to light up the traction control light even in comfort mode. The gearbox is the 9G Tronic unit. The shift quality remains sublime and not much confusion in picking the right gear in sport mode too, but the only negative I observed is during downshifting 2 gears at a time the gearbox is slow to react. Overall I’d say I’ve driven this S Class hard & fast in Sport+ Mode & but I’ve also driven it in a slow-paced relaxed manner in Comfort Mode & no prizes to guess what driving style I & most of us would prefer. If the S in the S-Class had to mean anything other than SonderKlasse then it could very well be also called the “Suspension Class”. The ride quality stands out the most even after this SKD version misses out on the E-ABC (E-Active Body Control) & just with the regular Air Suspension it is compliant enough. Another contributor to the ride quality is the downsized wheels. Hence, I can predict (as I haven’t driven the CBU S400d) that the launch edition cars may not have this kinda ride quality as they were riding on larger rims (255/40 R20) whereas this has 19″ers (255/45 R19). But the tyre size could have been wider as it feels a bit under tyred for the segment and the price. Coming to the handling, it’s important to again discuss the absence of the 4Matic system which contributes to the weight reduction and makes the S Class feel a bit agile and tail-happy. BUT the essence of driving the S Class has always been comforting and it does but for those occasional sprints when you engage the Sport + Mode the Steering & Suspension does firm up to keep up with the driver’s aggressive mood. The braking is also very good for the weight (Approx. 1.96 MT) of the car & boosts confidence. Comprehensively the S Class feels like a yacht wafting over calm waters & even if the waters get choppy the ride of the S Class remains largely unaffected.

The detailing, fit & finish of the S-Class is magnificent. Inside or outside, the finish and fit of all panels, trims and paint are without fault, pronouncing the obvious fact that this is Stuttgart’s Flagship. The major differences v/s the CBU variant on the exteriors is the missing AMG Style Bumpers & 20″ rims. 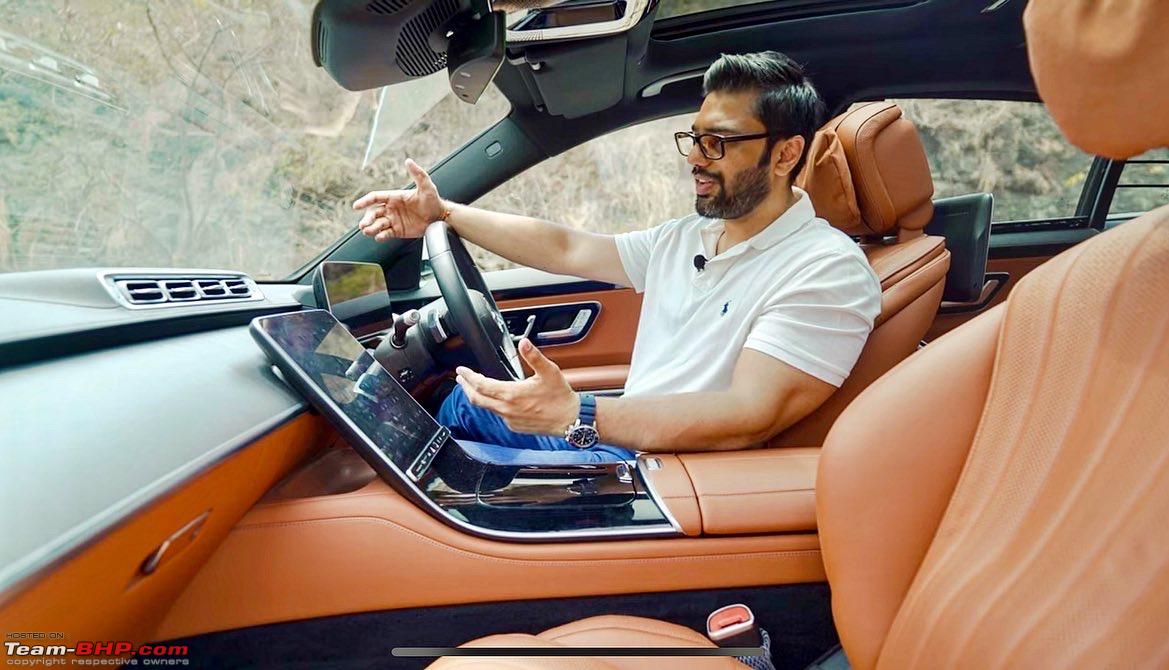 While hugely impressive as a car, much of the mission for this gen S-class is the showcase of new technology. Over the past 6 generations, the S-Class has always been Future-Proof this continues in the 7th Generation as well, as the cockpit is dominated by 2 large screens and makes you feel you are in an Alien spacecraft. When the 1st pictures of this Gen S-Class came out I thought these screens were overkill and will be a distraction however in the flesh it works. The current software too has a great smoothness to it & provides the right amount of user-friendliness. Another area of innovation is the sound insulation, where Mercedes seems to have, for the first time, used an acoustic foam in key parts of the body, which is fitted early in the production line and then expands in the oven during cathodic dip painting overall making this S-Class cut off from the real world outside. Another example is the way the horn (Typical German Dual Windtone) sounds, as if one of the wind tones is off, however, it’s just the great insulation that gives that impression. This is not just a back seat, it’s a Revitalisation Package. The Ambient Lighting, Massage Seats, Infotainment and also the music system everything is designed to remind the owner what a great decision he’s made by buying the S Class. However, I have a quick negative – The seat comfort is emphasised more than the space as I personally feel the space department might be reserved for the longer Maybach.