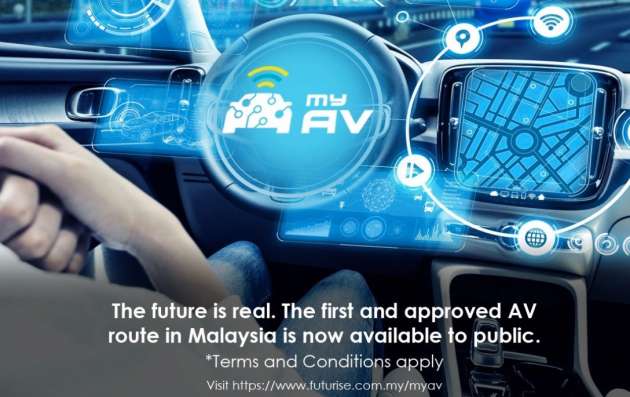 My Autonomous Vehicle (MyAV), a subsidiary of the government-owned Cyberview under MoF Inc has now been made available to the public, according to an Instagram post by Futurise.

Beyond Cyberjaya, other MyAV test routes are being formed in Putrajaya as well as in Putri Iskandar, Johor, according to the Futurise website. The testbed in Johor will focus on the application of public transportation and electric buses, while the test route in Putrajaya will focus on the application of Connected ITS (CITS), red light running, sensor pedestrian crossings and collision avoidance. 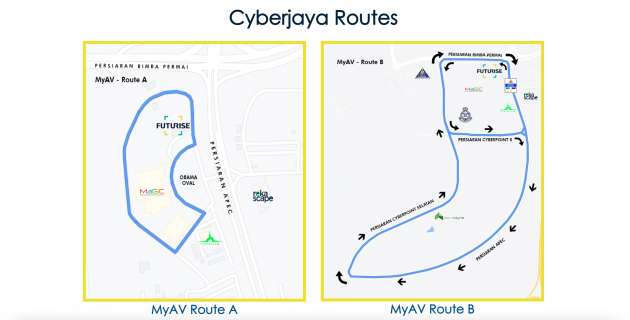 As reported at the end of 2020, there are two routes; the first, Route A, is the shorter of the two that goes around the Futurise and Malaysian Global Innovation & Creativity Centre (MaGIC) premises, while the second, longer route, Route B, covers Persiaran Rimba Permai, Persiaran Cyberpoint 5, Persiaran Apec and Persiaran Cyberpoint Selatan. Combined, the route covers a distance of 7.85 km, according to Futurise.

From the ‘frequently asked questions’ section of the Futurise website, the firm states that organisations that take part in this trial are required to conduct their trials along Route A for a duration of at least six months, and then proceed to continue trials on the longer Route B for at least 12 months.

Previously, it has been stated that the testing guidelines include requiring a safety officer to be present in the vehicle, and a visual identifier is compulsory at all times during evaluations.