As the full-size sedan market dwindles, it’s easy to forget the pivotal role that the sport sedan played in providing enthusiasts with practical yet spirited driving experiences. A handful of autobahn-dominating BMW M sedans and Mercedes-AMG models dominate the modern playing field, but Nissan was actually one of the first to get the sport sedan right. Tracing its heritage back to the second-generation Datsun 810, Nissan’s Maxima has been an underdog through its production life, a lineage that will come to an end shortly. Nissan has officially confirmed that, come 2023, the Maxima will cease production.

That doesn’t necessarily mean the nameplate is gone forever, considering Nissan has teased incoming electric sedans, and representatives for the company have said to stay tuned for future Maxima news. The Leaf, Nissan’s legacy EV hatchback, is rumored to cease production soon, in a move that would re-focus the company on an all-new EV strategy. Nissan’s EV plans include 23 new electrified models—with 15 of these EVs to be introduced by 2030—and proprietary solid-state battery production. 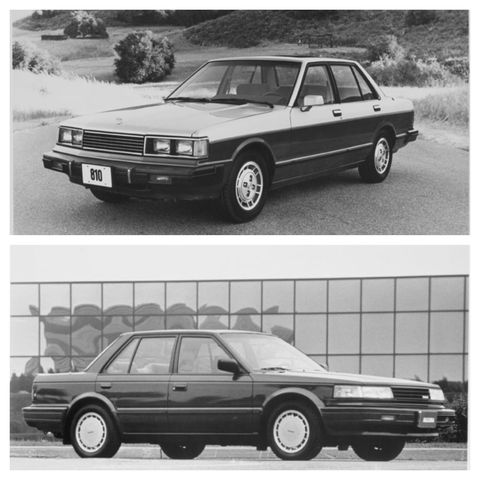 The end of the current-generation Maxima isn’t a significant hit to enthusiasts, as the model has continually grown in size and shed parts of its driver-engaging character. That said, the history of the Maxima as a tool for driving fun is extensive. The first-generation sedan started out as a hot-rod of sorts, with the 2.4-liter inline-six engine from a 240Z and a rear-wheel-drive configuration. Front-wheel drive came shortly after, with production for the second generation starting in 1985, but the good news for nostalgic design purists is that the boxy shape remained until the end of the third-generation Maxima in 1994. 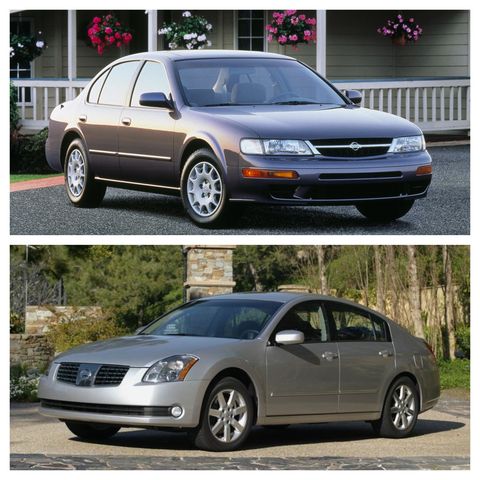 Despite the addition of front-wheel drive, the Maxima became known for its versatility and comfort. Sure, the Maxima never had the finest of interior materials, but a modified version could best a 996-generation Porsche 911 in a drag race. In fact, the Maxima has been widely regarded as a sleeper since the fourth-generation model came out in 1994, with Wards Autos regarding the newly implemented VQ30DE V6 engine as one of the 10 best engines. Beyond the powerful and smooth engine, Maximas have succeeded at inducing driving joy in large part because of the model’s dedication to the manual transmission, offering a five- or six-speed from 1980 to 2007.

From three-way, adjustable suspensions and digital LCD tachometers in the 1980s to continuously variable transmissions and touchscreen infotainment in 2022, the evolution of the Maxima has been mystifying, with freshness and modernity simultaneously gained and lost through each redesign. There’s perhaps a grain of truth to the claimed loss of passion in some 21st-century car design; Nissan’s nullification of the Maxima’s Datsun Bluebird lineage in the US market would lead many enthusiasts to think so. Waxing poetic is a rite of passage for nostalgic car enthusiasts, and the end of the Maxima era is no different. Even so, let’s hope the hints of a revived Maxima nameplate make for EV excitement to come.

Favor sport sedans over traditional sports cars or coupes? Have a Maxima-specific memory? Please share in the comments below.