My neighbor a few houses down owns a black 1963 Corvette, and every time he starts it up it rumbles the street. I love the sound and find a window to ogle it as it rolls by; however, not everyone appreciates the sound of a loud engine. He drives it respectfully, pulling out carefully and not flying through the neighborhood. Pedestrians and kids on scooters and bikes are nearby and he doesn’t take any reckless chances.

In Colorado, however, a portion of the massive influx of motorists on off-highway vehicles aren’t exercising the same restraint. Some OHV drivers are ripping through residential areas and aggressively roaring through the trails, making homeowners angry and resentful while the towns welcome the tourism revenue. As reported by the Colorado Sun, OHVs are buzzing past and leaving litter, human waste, and chaos behind in what used to be quiet mountainside towns. 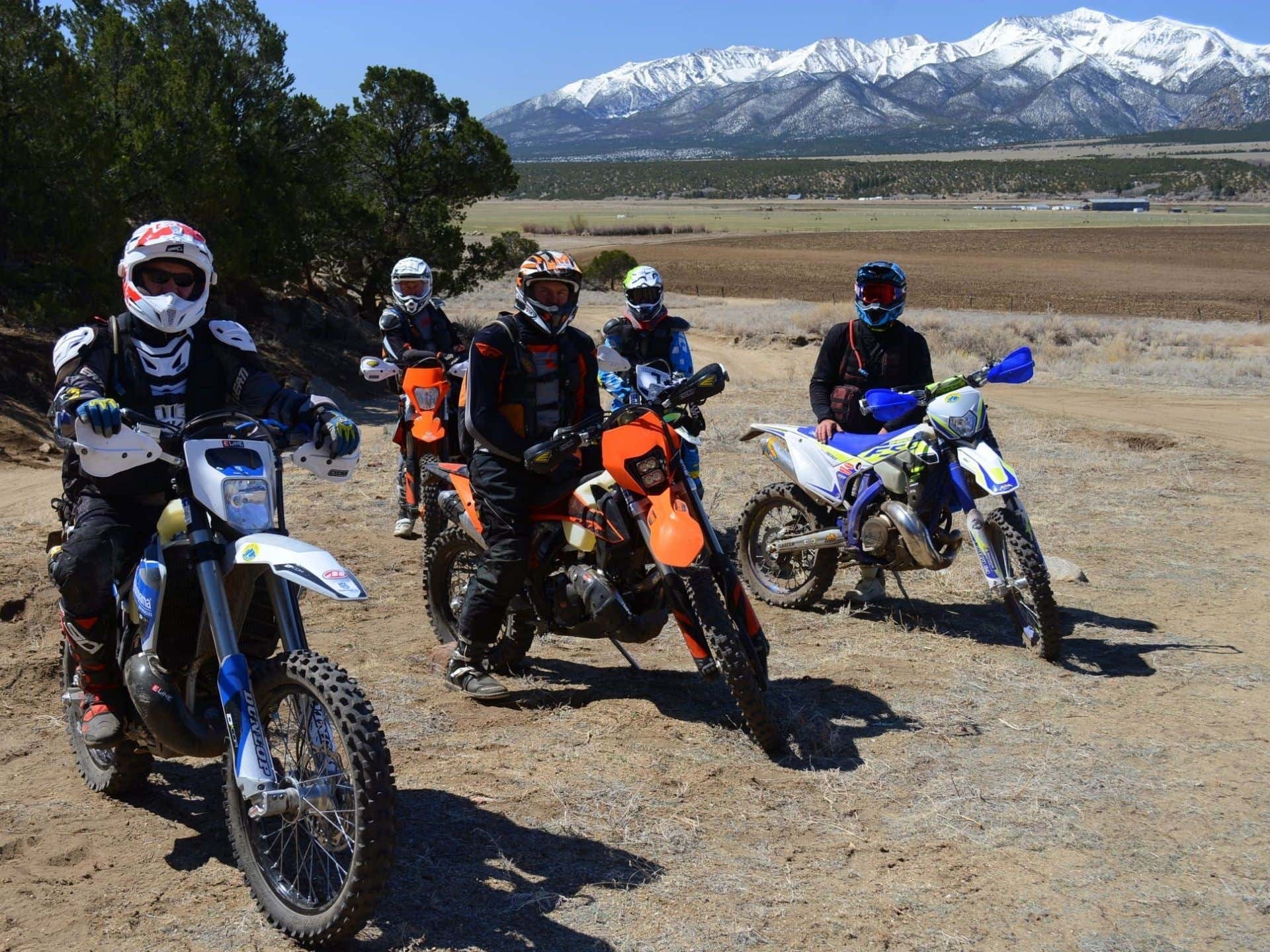 “In 2015, the Colorado Parks and Wildlife division that oversees OHV use counted 170,000 of the vehicles registered in the state,” Nancy Lofholm wrote for the Colorado Sun. “Last year, there were 203,873. Around 46,000 of those came from out of state.”

It’s a tough balance, says Ryan Dull of Stay the Trail, an educational non-profit group that helps to spread the word about OHV use in Colorado. Since early last year, motorized recreation is up 400 percent, he says, and indoor restrictions of pandemic sent people to the mountains in droves. That increase has led to a clash between various parties who share the trails.

Dull, a Colorado native, is a rider himself and he understand both the appeal of motorized sports and the desire to go fast. He wants riders to understand that it’s a privilege, not a right, to ride the trails. His work with Stay the Trail means he’s out and about often on his own vehicle, talking to other motorists about how to respect the paths and others. It’s a teach-not-reprimand approach that Dull feels will help bridge the gap.

“The trails are shared with little kids, campers, equestrians, and pedestrians,” Dull says. “So getting out there and driving like it’s a no-rules track, drifting, and roosting is not good. If everyone drove considerately, it would be fine. If you had someone in your neighborhood just outside of your house doing doughnuts and revving their engine and screaming down the street, you’d have a problem with that too.” 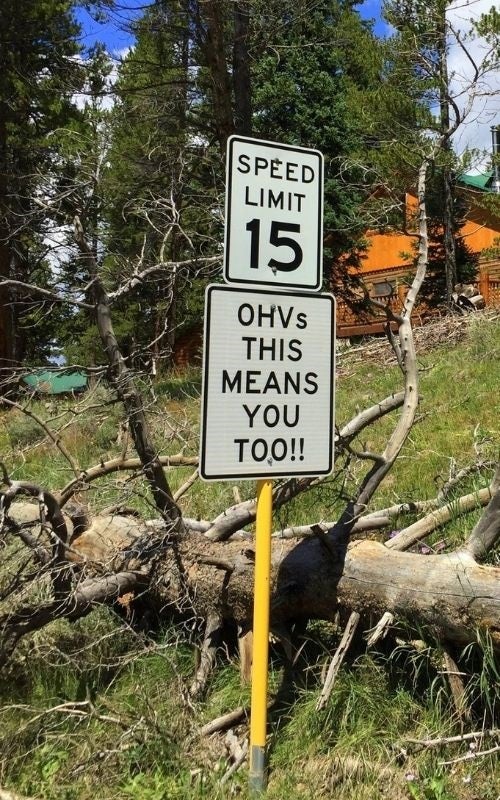 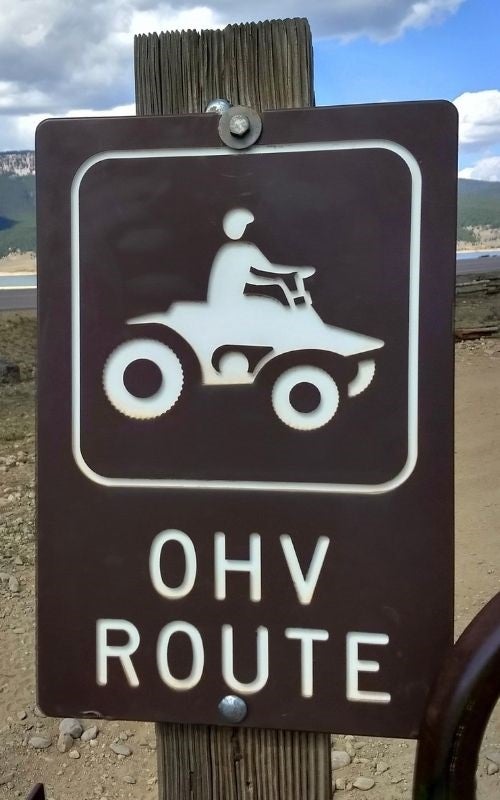 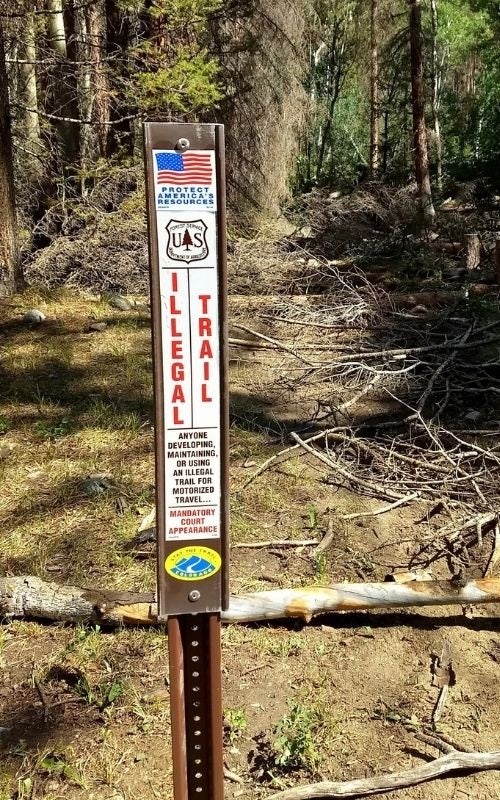 It has been many years since I’ve hiked the trails between Silverton, Eureka, and Ouray, Colorado, passing through the ghost town of Animas Forks, but I’ll never forget how peaceful and beautiful it was. I like motorized vehicles, too, and I can imagine how exciting it would be to traverse the route on an OHV.

Towns like Taylor Park cater to OHV tourism, and my family goes fly fishing up there every year. There are guidebooks and designated trails for OHVs and things have been harmonious until the past year. “When in town, throttle down” is a catchy slogan towns have taken on to encourage riders to follow posted speed limits and avoid kicking up dust.

A confusing maze of local and state regulations makes it difficult to know which towns allow OHVs on public roads and which don’t, and lately the rules have shifted back and forth between the priorities of tourism dollars and residential preferences. In any case, there are riders treating Colorado like their own Wild West and making it difficult for others to enjoy it. 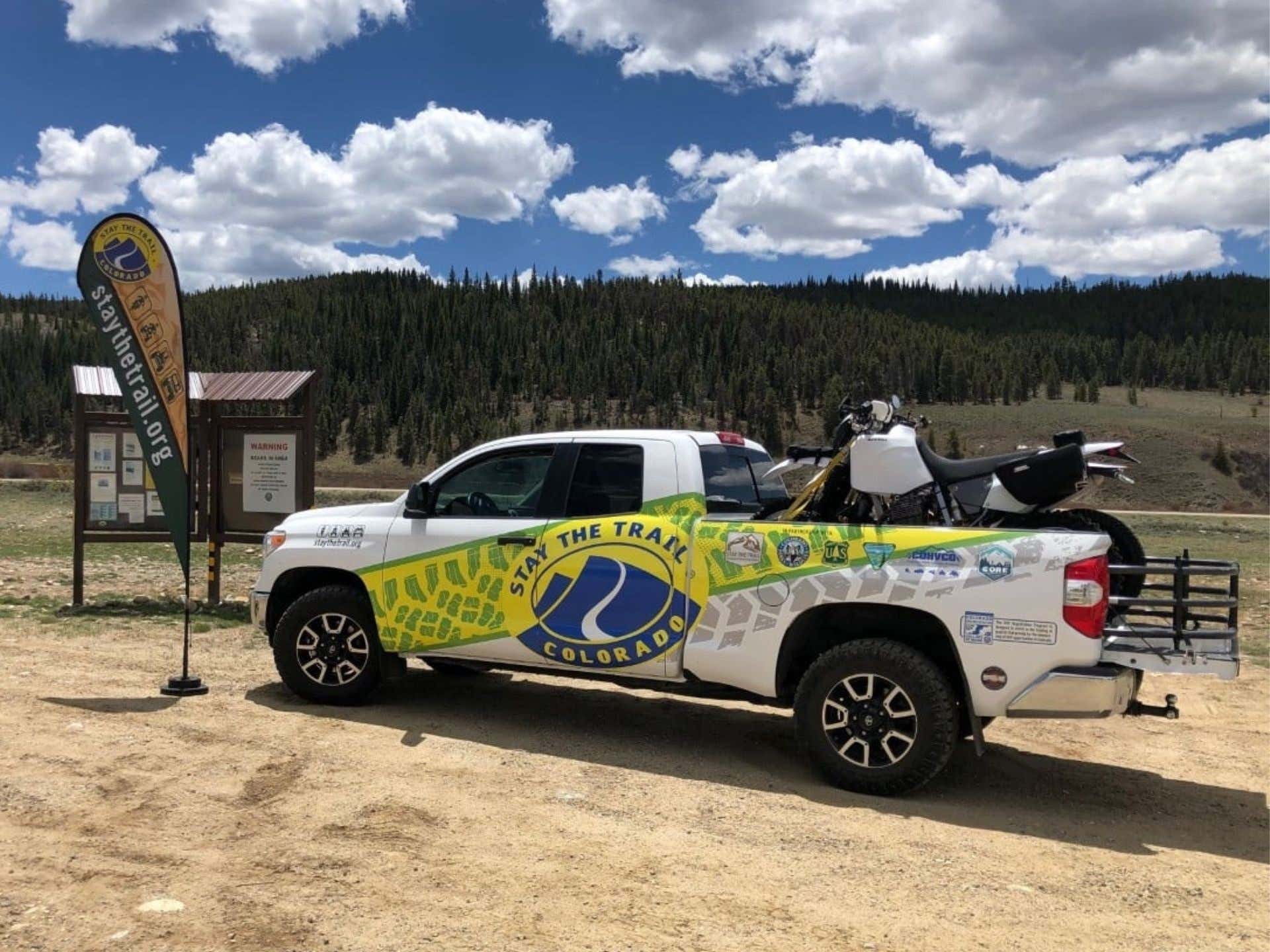 Some take their vehicles off trail, which is especially troublesome at the tree line because it disrupts natural growth. When a vehicle makes tracks that go off the trail, they stay there forever, Dull says. Then someone else sees the tracks and thinks it’s ok too; eventually, you end up with a new trail that wasn’t there before. Ecologists worry about the long-term impact on Colorad’s ecosystem.

That’s not to say that Colorado doesn’t welcome OHVs or tourists. According to Denver.org, nearly 90 million visitors spent $24.2 billion in 2019; the tourism industry supports close to 200,000 jobs. It makes sense for those visitors on motorized vehicles to respect the people and the land, too, and Dull is hoping they’ll hear the message that the OHV community can come together to work with towns and other users to make the outdoor experience a positive and welcoming one for all.

“We support recreation; all of it,” Dull says. “We’re not the fun police. We love all of this and I’ve grown up riding my whole life. We just want you to do it right: exhibit good behavior and ethics and don’t screw it up. I want everyone to have good memories of their rides on our trails.”

Heading to Colorado for some fun? Check out StayTheTrail.org’s brochures and good ridership tips here.