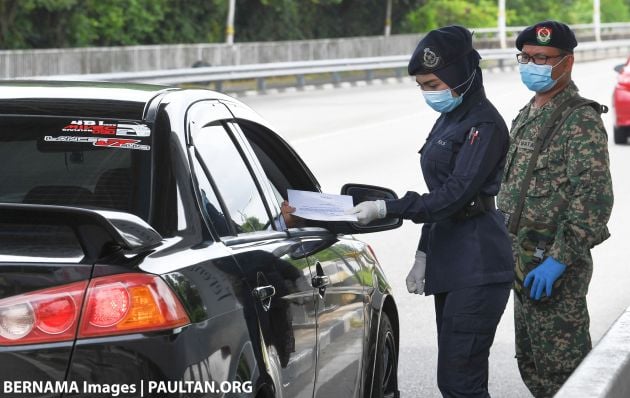 There has certainly been no shortage of applications for interstate travel, but as it turns out, many have just been attempts to get around without valid reasons. According to the police, a total of 114,474 applications for interstate travel have been rejected since June 1 for not fulfilling the conditions that have been set to allow this, Bernama reports.

Bukit Aman internal security and public order department director Datuk Zainal Abidin Kasim said reasons for these rejections included failure to provide relevant medical documents and not being long-distance couples. There were also cases where approvals were misused as well, he said.

He added that since June 1, 4,670 compounds have been issued to individuals for not complying with the full movement control order (FMCO) and subsequent national recovery plan (NRP) protocols. He urged the public to comply with the standard operating procedures (SOP) and not simply attempt interstate travel without good reason.

Following the implementation of the FMCO, the government announced that long-distance spouses would not be allowed to travel between districts or states to reunite during the nationwide lockdown, initially for two weeks, from June 1 to 14.

This was then extended, but on August 10, interstate travel was allowed again for married couples living apart as well as for parents wanting to visit their children under the age of 18 in another district/state, but only in Phase 2 states under the NRP. On August 16, these exemptions were expanded to those in Phase 1 states.