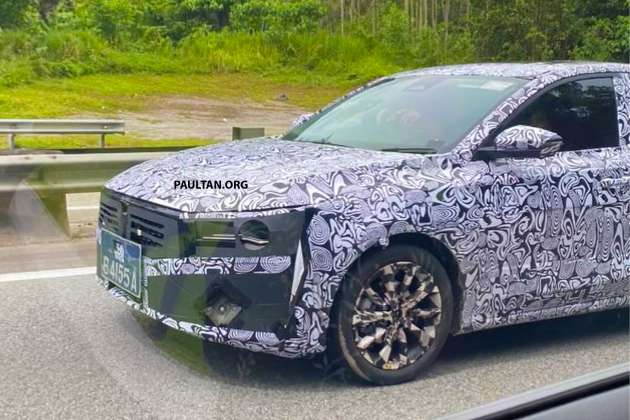 The upcoming Proton sedan model that has been tipped to be called the S50 has been sighted on public roads once again, sighted by a paultan.org reader.

As before, the development car sighted here wears the same trade plates as those on the previously sighted in August and on past development units, which lends weight to the identity of the car photographed in camouflage. We get to see the front end of the car here, and though it remains shrouded, the upright outer shape of the grille can be seen.

The Geely Emgrand offers its underpinnings for the S50, and given its positioning above the B-segment Persona sedan, the S50 will likely serve as the successor to the discontinued Preve. 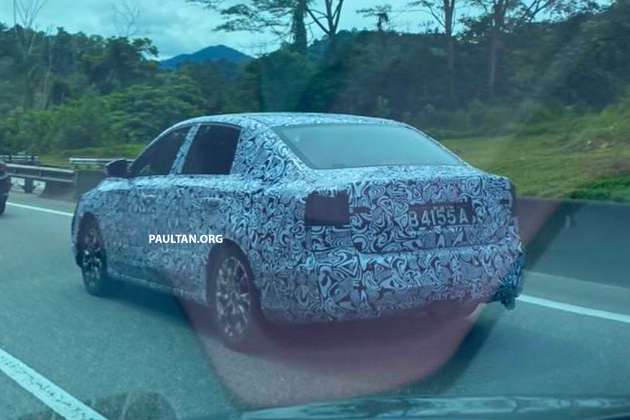 In terms of powertrain, the China-market Emgrand uses a 1.5 litre naturally aspirated four-cylinder petrol engine that is rated to produce 114 PS of 147 Nm of torque, paired to either a five-speed manual or continuously variable transmission, sending drive to the front wheels. In the Philippines, the Emgrand for that market is slightly detuned, producing 102 PS and 142 Nm.

Its use of the same B-segment Modular Architecture (BMA) as that of the Proton X50 could mean that the upcoming S50, based on the Emgrand, could use the crossover’s 1.5 litre turbocharged inline three-cylinder petrol engine, where it makes up to 177 PS and 255 Nm of torque in range-topping Flagship form.

Being a sedan, how does the upcoming Proton S50 stack up against the likes of the Honda City and Civic, or the Toyota Vios and Corolla Altis? What equipment can be found in the China and Philppines market counterparts? Find out here in our guide to the upcoming model from Proton.