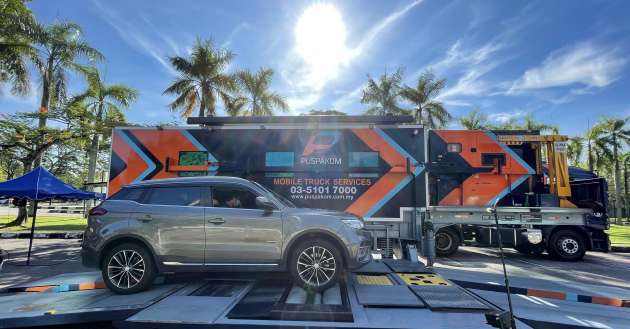 Puspakom is holding a Voluntary Vehicle Inspection (VVI) campaign for privately owned vehicles from today until January 31, 2022 in conjunction with the upcoming Chinese New Year festive season, it said in a statement.

Vehicle owners who are interested in the free-of-charge VVI campaign can make appointments for the inspections through the official Puspakom website, and the service is being offered at all Puspakom inspection centres nationwide from 8am to 5pm, except for the Shah Alam and Pasir Gudang locations which cater specifically to heavy commercial vehicles.

Alternatively, vehicle owners may also get the free voluntary vehicle inspections conducted on a walk-in basis at Puspakom mobile inspection units from 9am to 4pm, at the following dates and locations: Lotus’s Ampang on January 22, Seng Cars World in Sungai Long on on January 23, Wisma DRB-Hicom on January 26, Lotus’s Ara Damansara on January 29, and at the Plus R&R Dengkil (Southbound) on January 30. 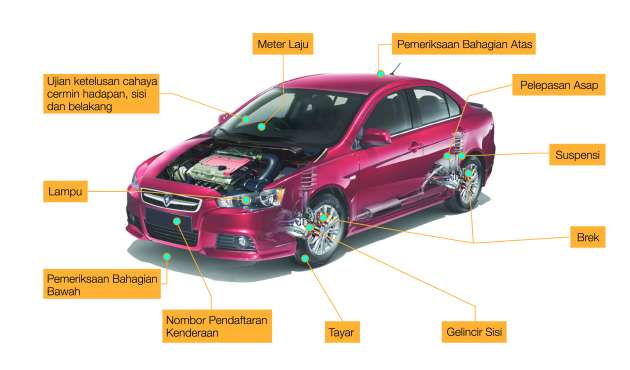 The VVI entails the inspection of 25 points including tyres, brakes, suspension, emissions, lights, vehicle exterior and undercarriage, window tinting and more, according to Puspakom.

“Last year, the campaign was offered only at Puspakom inspection centres. This year however, the campaign is also being offered at Puspakom mobile inspection units, and the public is advised to take advantage of the opportunity to get their vehicles inspected for free in order to ensure that their vehicles are safe to drive, especially for those who will be driving to their hometowns this Chinese New Year,” said Puspakom CEO Mohammed Shukor Ismail.

The inspection is made free of charge for the benefit of Malaysian road users particularly during the festive season, when the volume of vehicles on the road increase considerably. The normal price for the voluntary vehicle inspection is RM50 for each private vehicle.

As is common practice now, visitors to Puspakom inspection centres or Puspakom mobile inspection units are required to adhere to the standard operating procedures outlined by the Malaysian government, such as the proper use of face masks and checking in on the MySejahtera mobile application.