One of the most highly anticipated hypercars of 2021 has to be the 1,914-horsepower Rimac C_Two, a battery-electric, all-wheel-drive rocket from Croatia offering 340 miles of range and top speeds of up to 260 mph. Much like with fuel, to achieve the most miles on an electric charge, a car needs to be as light and sleek as possible. However, at the performance limits that Rimac boasts, the need for extra grip and downforce are high on demand, so the car must maintain its aerodynamic balance throughout its entire speed range.

That is where the C_Two’s front and rear diffusers, big wing, hood turning vane, and active suspension system come in—all designed to keep the EV’s low-hanging yet still-hefty 4,300 pounds in order. All the data Rimac has gathered in the last three years in the wind tunnel will also help Automobili Pininfarina to its own very fast product, since the upcoming 150 Battistas use the same technology under their in-house designed carbon fiber body. 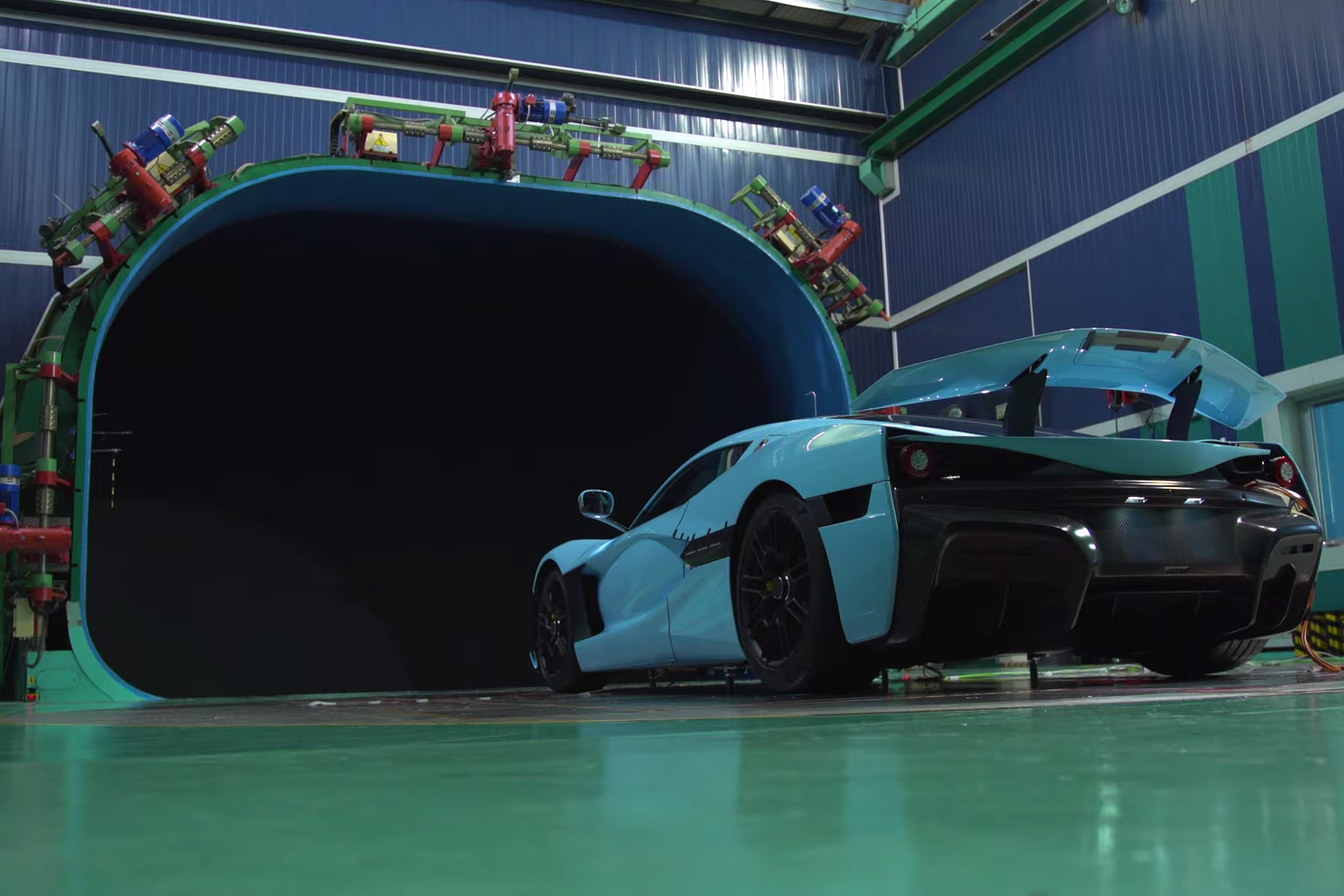 After thousands of CFD simulations that even required the power of the BURA supercomputer to solve over 70 million aerodynamic equations related to the car’s shape, Rimac was ready to switch on the fans for its full-size fiberglass aero buck by July 2017. Just 14 months later, it was time for the first real prototype to hit the rolling road, with Rimac’s crew keeping in mind that those first drivable cars represent an immature evolution of the C_Two production-intended shape.

With the team led by DFD manager David Šoštarić and vehicle dynamics engineer Gerhard Vosloo, Rimac could finally test its latest validation prototypes in November 2020, ticking off all their target figures from the seemingly endless list of aerodynamic requirements. Currently, the C_Two’s closest competitor is getting ready for action in England, proudly wearing a Lotus badge. 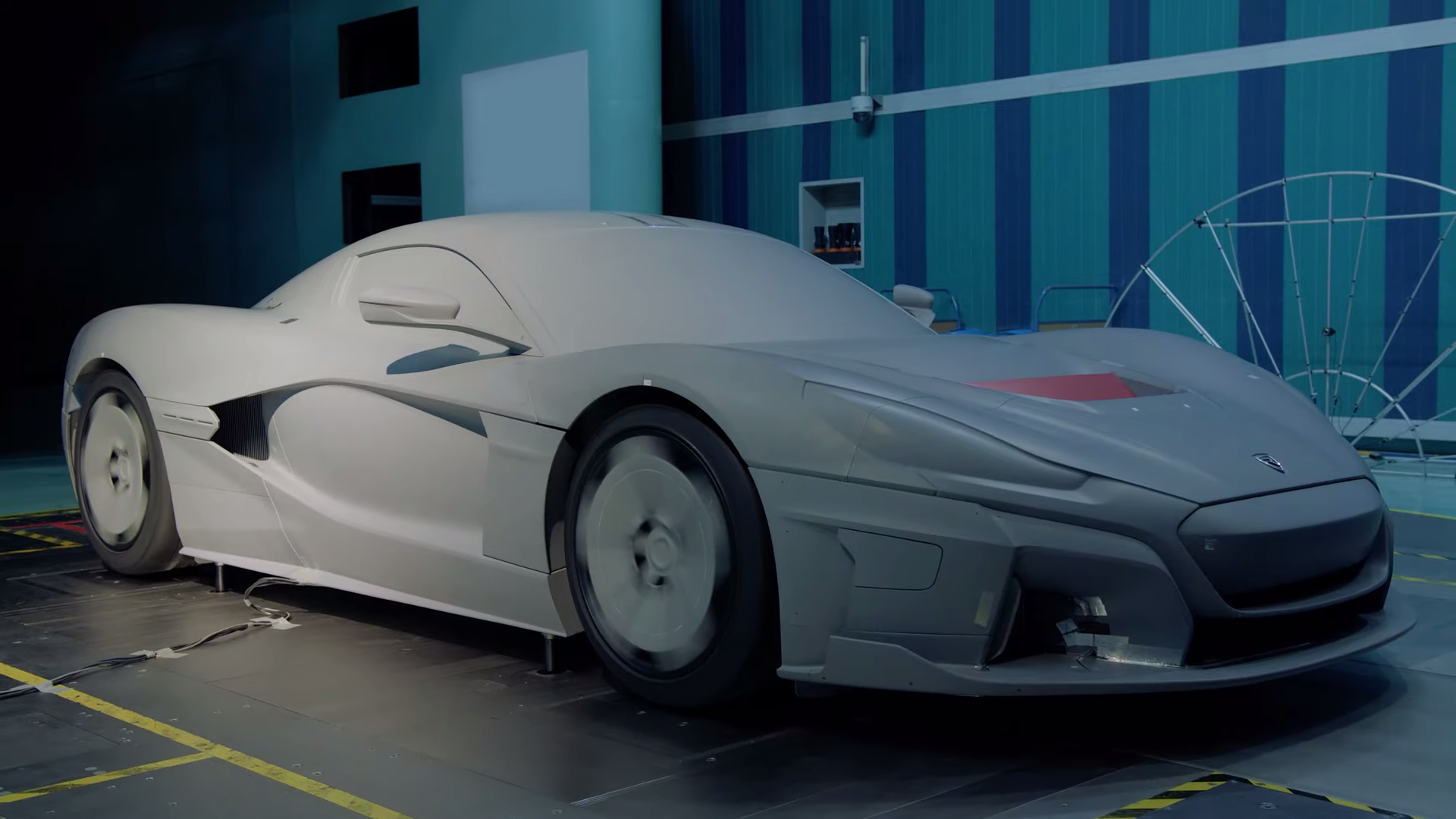 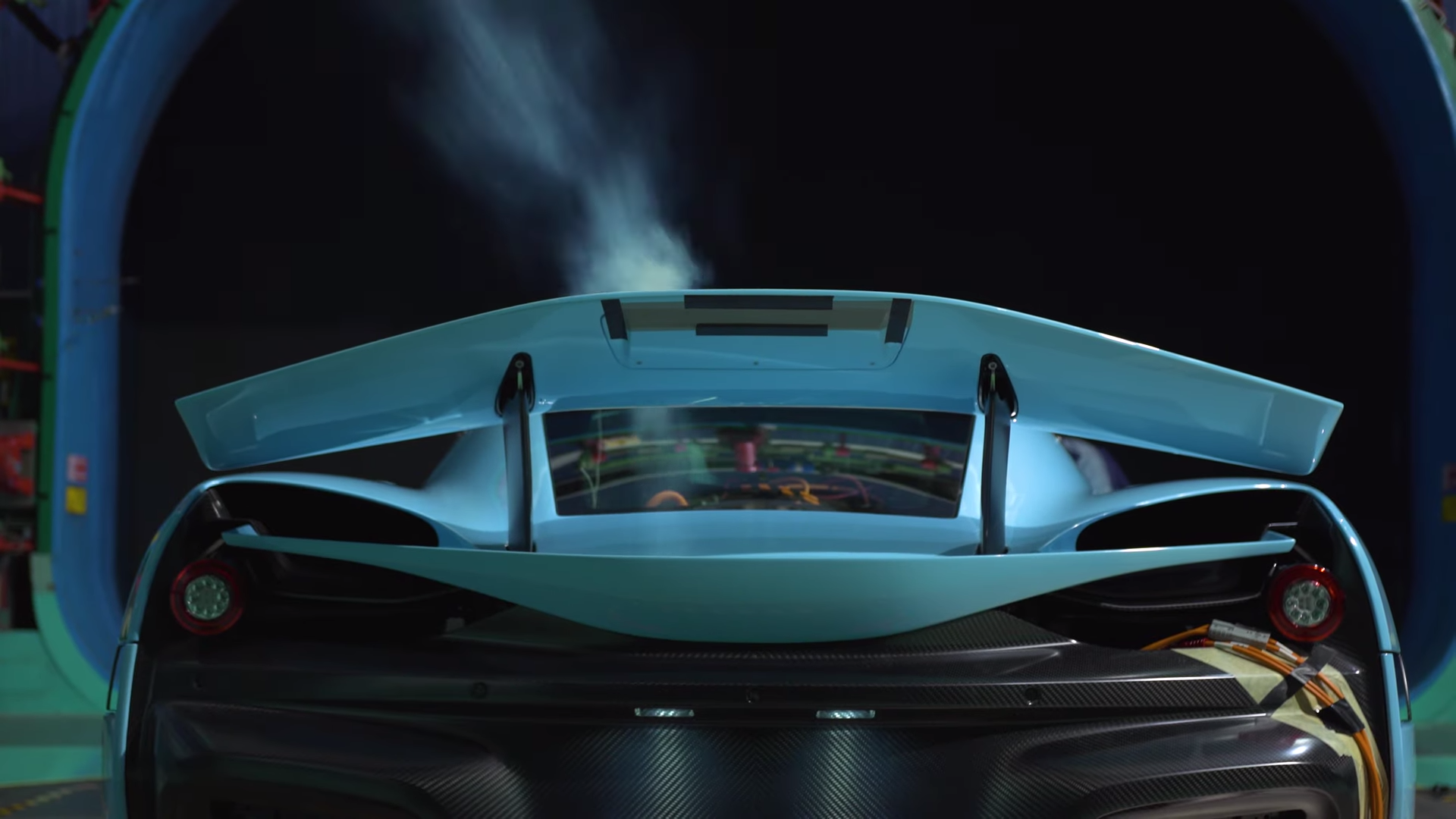 Before completing six pre-series cars as the factory gets ready for volume production, Rimac had to make a total of eight validation prototypes, the final two of which are finished bright yellow and grey, most likely already pre-destined to hit the wall in the name of global crash test homologation.

Of course, no pre-preg carbon fiber monocoque, LIDAR, ultrasonic or stereo camera systems, torque vectoring, or in fact automatic emergency braking with evasive control can guarantee your wellbeing above 200 miles per hour. What Rimac can do is make sure that the C_Two won’t lift or do anything funny while out-accelerating most things out there on four wheels, pushing its bespoke Pirelli tires to their absolute limit with all the electric torque on tap.

While only 300 of these cars will be built between Rimac and Pininfarina, the company isn’t forgetting that each of these contains a 120 kWh battery pack running at 720 volts, made of 6,960 cells filled with lithium-manganese-nickel chemistry. The life cycle of the batteries is something the European Union is keeping a close eye on, and Rimac has just joined its relevant project, with BMW, FCA, and Tesla already on that list.

With manufacturers announcing plans to phase out internal combustion once and for all, it’s clear that making battery production and recycling more sustainable and environmentally friendly is crucial for the whole concept to work in the long run.