We keep hearing that naturally breathing, V8 rear-drive luxury cars are starting to go extinct, but Lexus is still carrying that torch with its new IS 500. Interestingly, that car’s not really all that “new,” which you’ll see in this video comparing it to its spiritual predecessor, the IS F. That doesn’t make either car bad, on the contrary, both are exceptional executions of high-class performance.

Besides the Lexus video we’ve got some good stuff this week on drag racing culture, grown men messing with TikTok to sell cars, a more serious discussion on mental health after a car crash, and more. 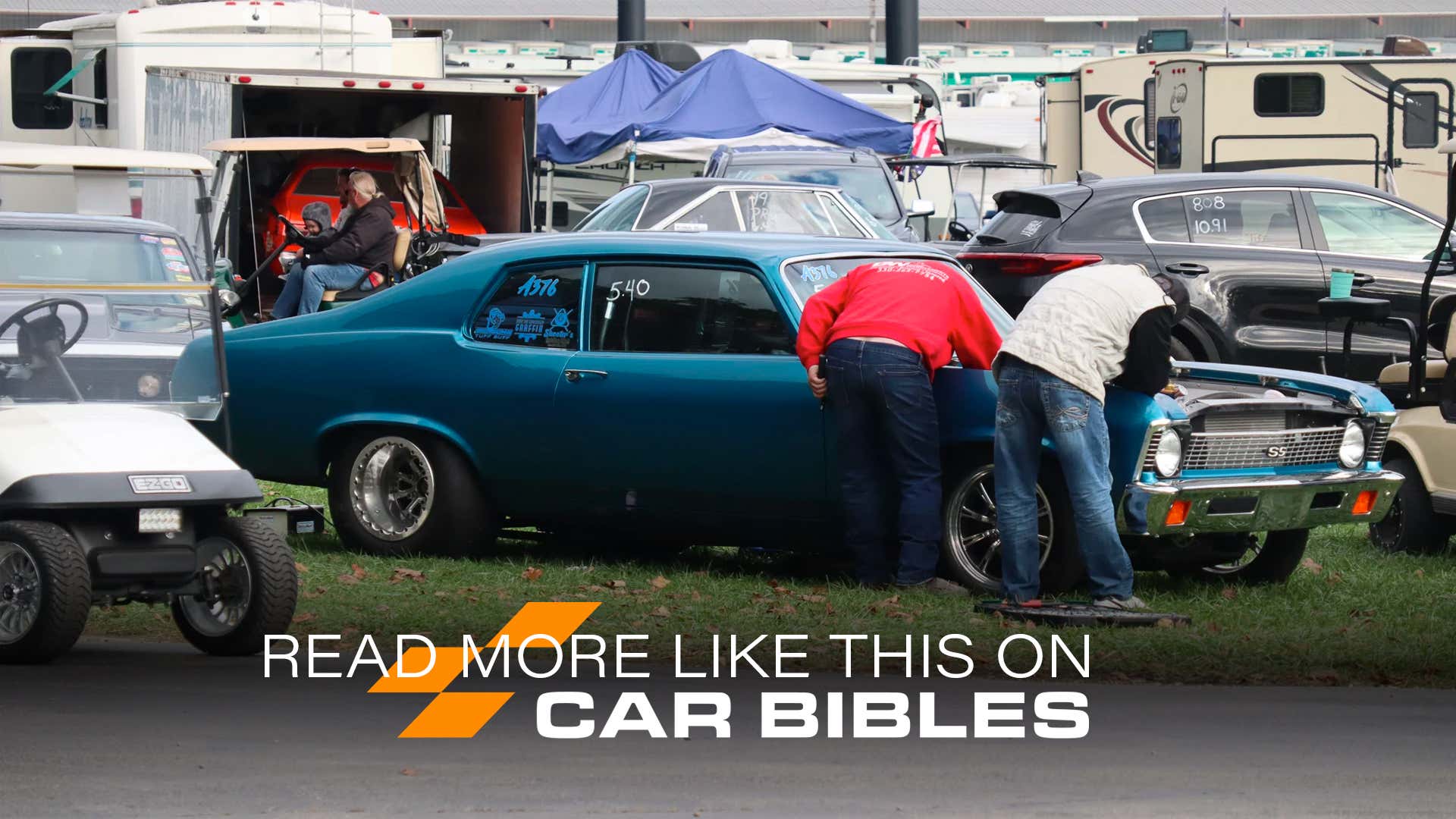 Car Bibles is generally focused on DIY-related content, practical advice, cultural commentary, and automotive entertainment celebrating low- to medium-budget motoring. We’ve stepped up our schedule to six posts a day each week—including a daily feature photo—so if you like what you see below, I would love to see you over on our site to check out the rest of it! Anyway, on to the roundup:

How Much Lexus IS F Is in the New IS 500: Explained

If you know these cars, you know there’s been a lot of discussion regarding how related they are. This video gets into that, and also represents a bit of a debut for Car Bibles on YouTube. Please come subscribe, you’ll be able to say you were there from our humble beginnings! There are a few other videos on the channel too… we’ve got a lot of refining to do but here’s hoping you enjoy it.

Drag racing doesn’t get talked about enough in modern car media — on this, Kevin Williams and I agree. He went to visit some family of his that spends weeks at a time camping at the local quarter-mile track and got to see just how much fun this scene really is.

If you need help convincing your significant other to bring your kids to the races, share this post with them.

Having owned an early Discovery and driven the new Defender myself, I would agree with the sentiment that “the new Defender is really more like a continuation of the early Discovery.” It’s nowhere near the hardcore agricultural implement that the original Defender was, but it does offer a great balance of luxury and capability. The old Disco did, too… albeit in a much more primitive way.

I guess it’s Comparisons Week over at Car Bibles, huh?

Our writer Chris Rosales had an unfortunate mishap with his GTI, and while luckily nobody was physically injured, the crash lingered in his mind for a long time. I don’t think that’s uncommon, either. I’m not afraid to share that I personally was diagnosed with PTSD after a big wipeout myself years ago—a crash can be extremely unsettling. This stuff is important to talk about.

On a much lighter note than post-crash trauma, get a load of this goofy dude Norm yucking it up on TikTok to sell cheap Chevys. I don’t get a lot of TikTok jokes myself (I’m old) but even I thought these were pretty funny.

If you liked any of those stories, I hope you’ll join us on the regular over at Car Bibles. Our comment section’s always open and we’ll be doing a lot of experimenting throughout the year as we look for new and fun ways to bring automotive entertainment to you.