The Airbus A380 is, officially, an out-of-production airplane. The massive, record-breakingly large double-decker powered by a quartet of Rolls-Royce turbofans simply consumes too much fuel to be economical for anything but the longest flights, which led to most carriers grounding the planes as demand cratered in the wake of the pandemic. With air travel having a resurgence as countries reopen their borders to international flights, however, the behemoths are re-entering service, and Singapore Airlines has re-outfitted one of its double-deckers with suites that rival a luxury hotel.

The refurbished A380, which will be flying from New York JFK Airport to Singapore Changi Airport via Frankfurt, has been updated with six 50-square-foot first-class suites. 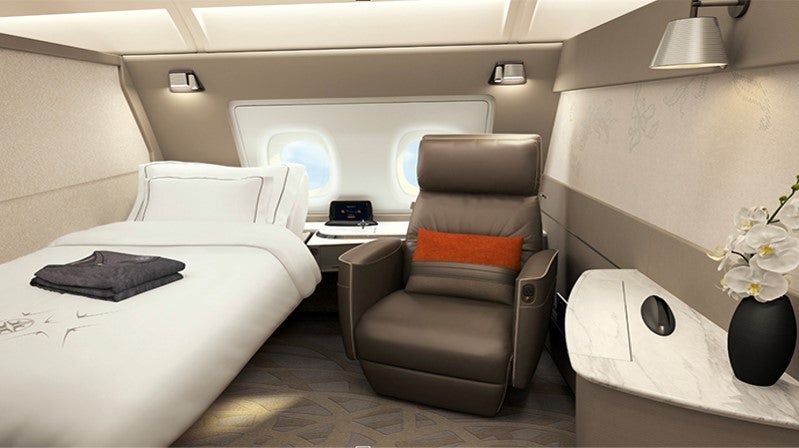 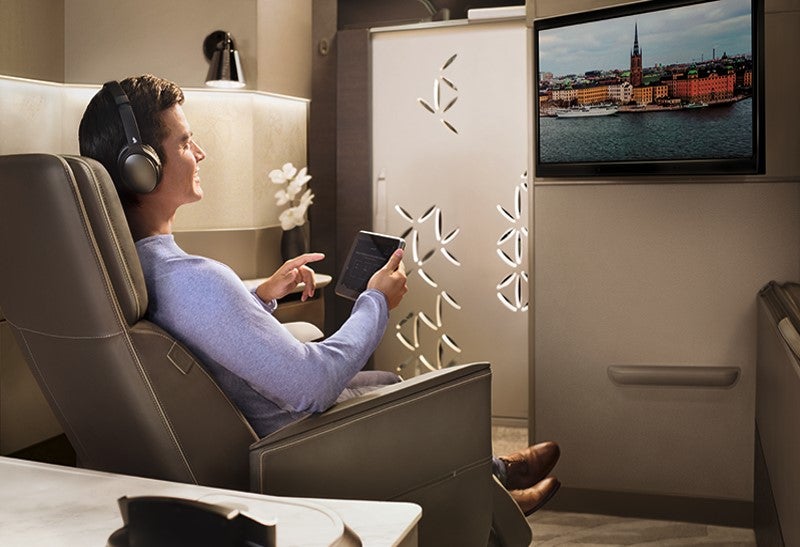 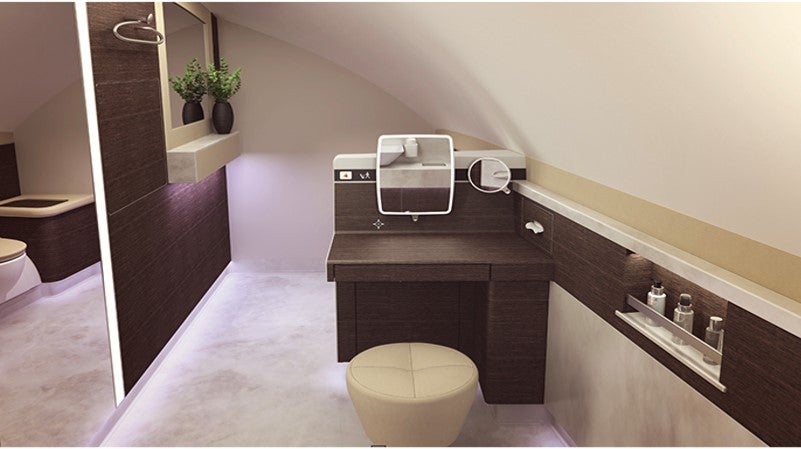 The seating—and I use that term loosely because it looks like an airborne Barcalounger, except nicer—is provided by swiveling leather recliners. The rest of the suite features a private bathroom with a vanity, a wardrobe closet, and a 32-inch touchscreen with provided Bang & Olufsen wireless headphones. Then, a credenza with wireless charging built into the surface rounds out the work area of the suite.

Meals are served on china tableware on your own private linen-bedecked dining table. A sliding door, electronic blackout shades, and an actual bed—none of that lower-class, lay-flat-seat business that the peons fly on—complete the rest of the flying hotel room.

If 50 square feet aboard the largest flying commercial airliner in existence isn’t quite enough, two suites can be merged and the beds can be joined together, for a total of 100 square feet and a double bed. Turndown services are offered for both the single and double suites, as well. Pricing is unavailable on Singapore Airlines’ website; it seems to fall solidly into the category of “if you have to ask, you can’t afford it. In 2014, though, a Suites Class ticket was around $18,000 for a similar New York to Singapore trip.

Personally, I think I’ll just keep hoping that the seat next to me is empty every once in a while.

Got a tip or question for the author? Contact her directly: [email protected]