Tesla revealed on Friday that it produced a whopping 139,300 vehicles over the past three months, an increase of 76 percent over its output during its second fiscal quarter.

The volume coincides with a memo from Tesla CEO Elon Musk that was leaked ahead of the company’s annual shareholder meeting and Battery Day. In the note, Musk revealed the possibility that the automaker could deliver a “record” number of vehicles. Moreover, the results mark the third consecutive quarter of better-than-anticipated numbers for Tesla.

Following the memo, Wall Street analysts estimated that Tesla would announce deliveries somewhere between 120,000 units and 140,000 units for the quarter, placing the official number of deliveries right on target at 139,300. 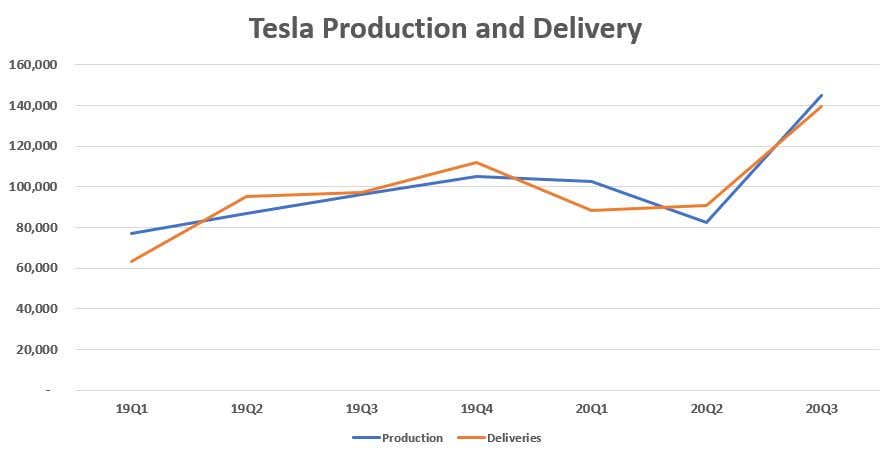 In total, Tesla has produced 318,350 vehicles in 2020 so far—88,400 during its first quarter and 90,650 units during the second quarter despite its factory in Fremont, California being partially shut down due to the ongoing pandemic.

By the end of January, Tesla said its delivery numbers for 2020 were expected to “comfortably exceed 500,000 units.” However, those plans have since been stymied by COVID-19 and an uncertain economy. Tesla is still roughly 36 percent away from its original goal of a half-million vehicle deliveries in 2020. In order to meet that goal, it would need to deliver nearly 2,000 vehicles per day until the end of the year.

Compared to Q3 2019, Tesla has increased its total number of deliveries by nearly 44 percent. 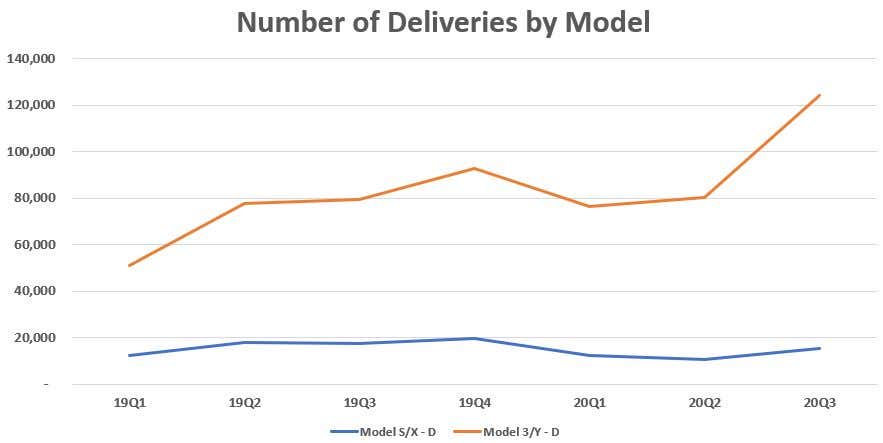 Unsurprisingly, Tesla’s deliveries were heavily padded by its more affordable Model 3 and brand-new Model Y. These numbers include both the Fremont-built cars, as well as the vehicles produced at Tesla’s new Gigafactory in Shanghai.

One could anticipate that Tesla’s production and delivery numbers will continue to grow into 2021 as it finalizes construction at its two additional facilities, including Gigafactory Berlin as well as the home of the hotly anticipated Tesla Cybertruck and Semi, Gigafactory Texas.

The main wrench in Tesla’s plan could soon be the increased number of battery electric vehicles sold by other manufacturers across the world. Despite being one of the first to bat, Tesla isn’t the only player in the EV game anymore. Volkswagen, for example, anticipates moving more than one million EVs every year by 2025. But if Tesla can pull off some of the promises it made during Battery Day, it could easily keep the automaker at the top of new car buyer’s shortlists.

Shares of Tesla were trading up just over four percent following the news.