When automakers make a concept car these days, they don’t typically have engines. When they do, they’re sourced in-house and are far from ready for any hard use. The same could really be said of most concept cars ever made. Save, at least, for this one.

The brainchild of legendary designer Bill Mitchell’s staff at GM in the early 1970s, the Ferrari Firebird, or “Pegasus” as it’s more elegantly known, was far more than just a radially-styled roller. It had Italian looks, Italian wire wheels, and while it was a Firebird down to its frame, it had very real Ferrari V12 under the hood. One of the few concepts to ever feature an engine from another car company, the Pontiac Pegasus was and still is one of the strangest yet most interesting one-offs ever made by an American automaker. 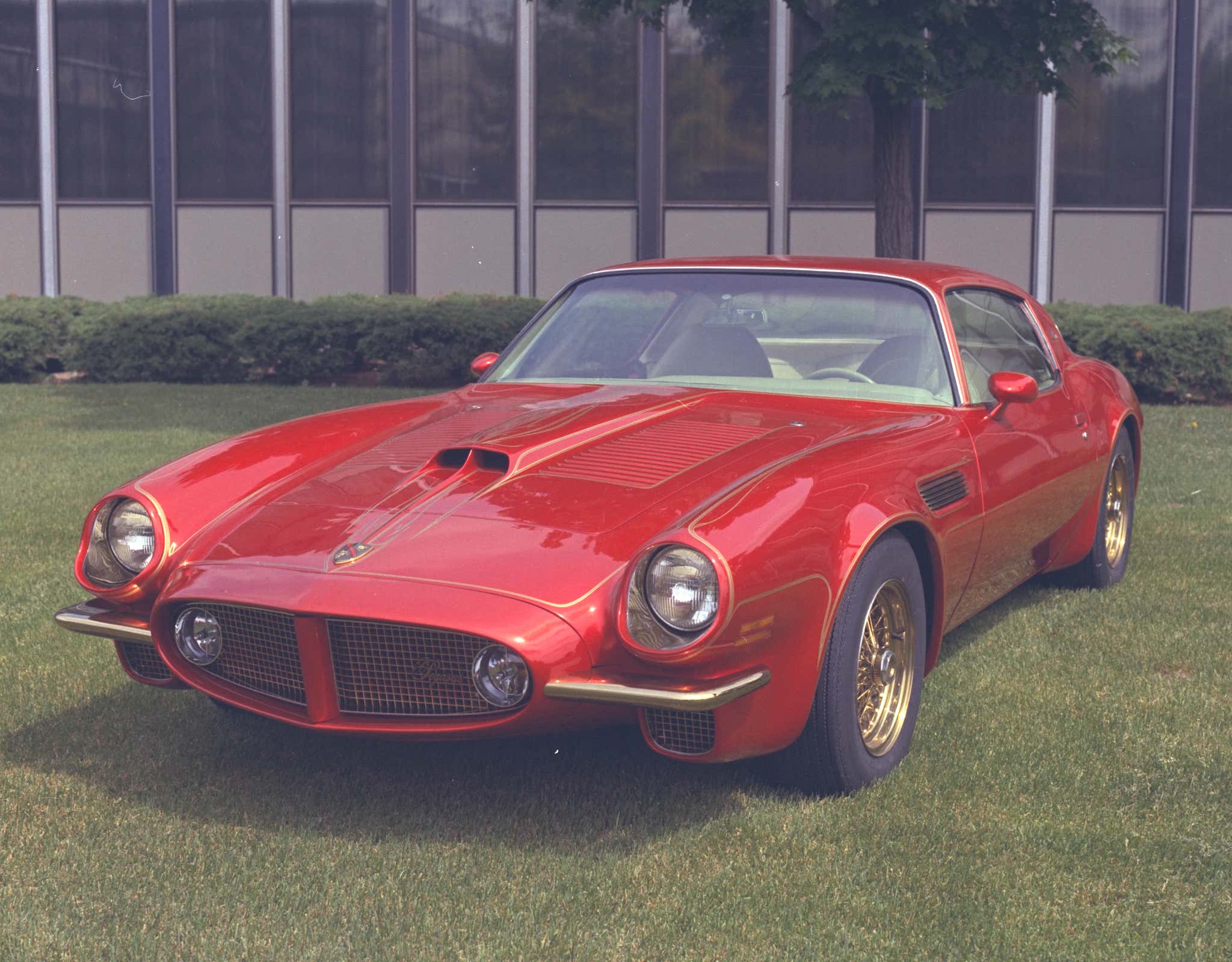 The story starts in 1970 with a design exercise penned by Chevrolet designer Jerry Palmer. Yes, this design didn’t start out life as a Pontiac. Palmer wondered how well design elements from a 1958 Ferrari 250 Testa Rossa would work on the new Camaro, so he mashed them up until he had something workable. When Bill Mitchell—a fan of good design no matter what side of the pond it came from—saw this sketch, he loved it. There was just one problem, though. Lines like that didn’t scream “Chevy.”

Mitchell allegedly snatched up the drawing and took it down the hallway to Pontiac, an act which, speaking to Motor Trend, designer Palmer said “broke his heart.” Once in the correct studio—at least, according to Mitchell—the design was realized in the metal as a Firebird instead of a lowly Camaro. The story gets more interesting from there, though. 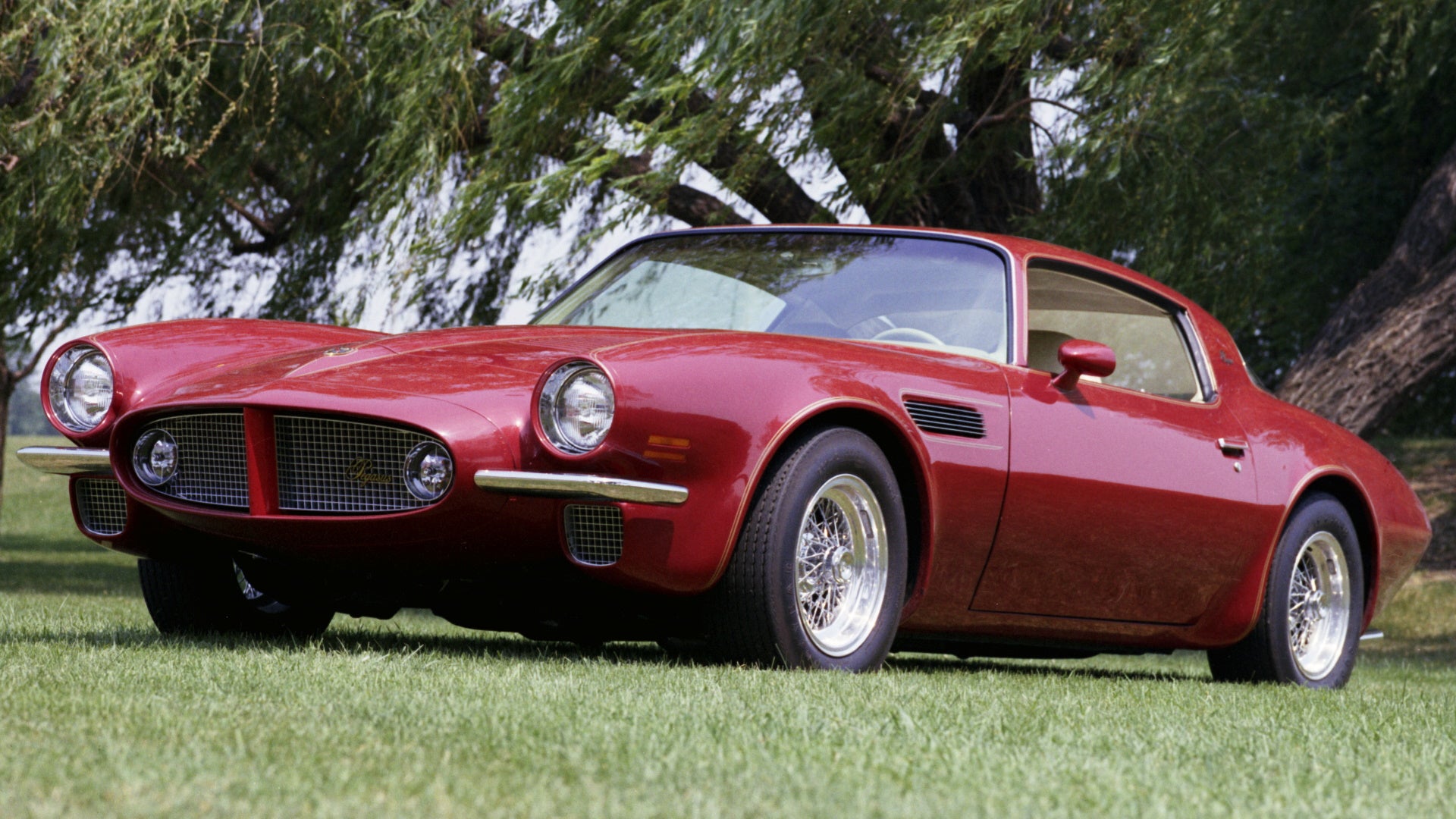 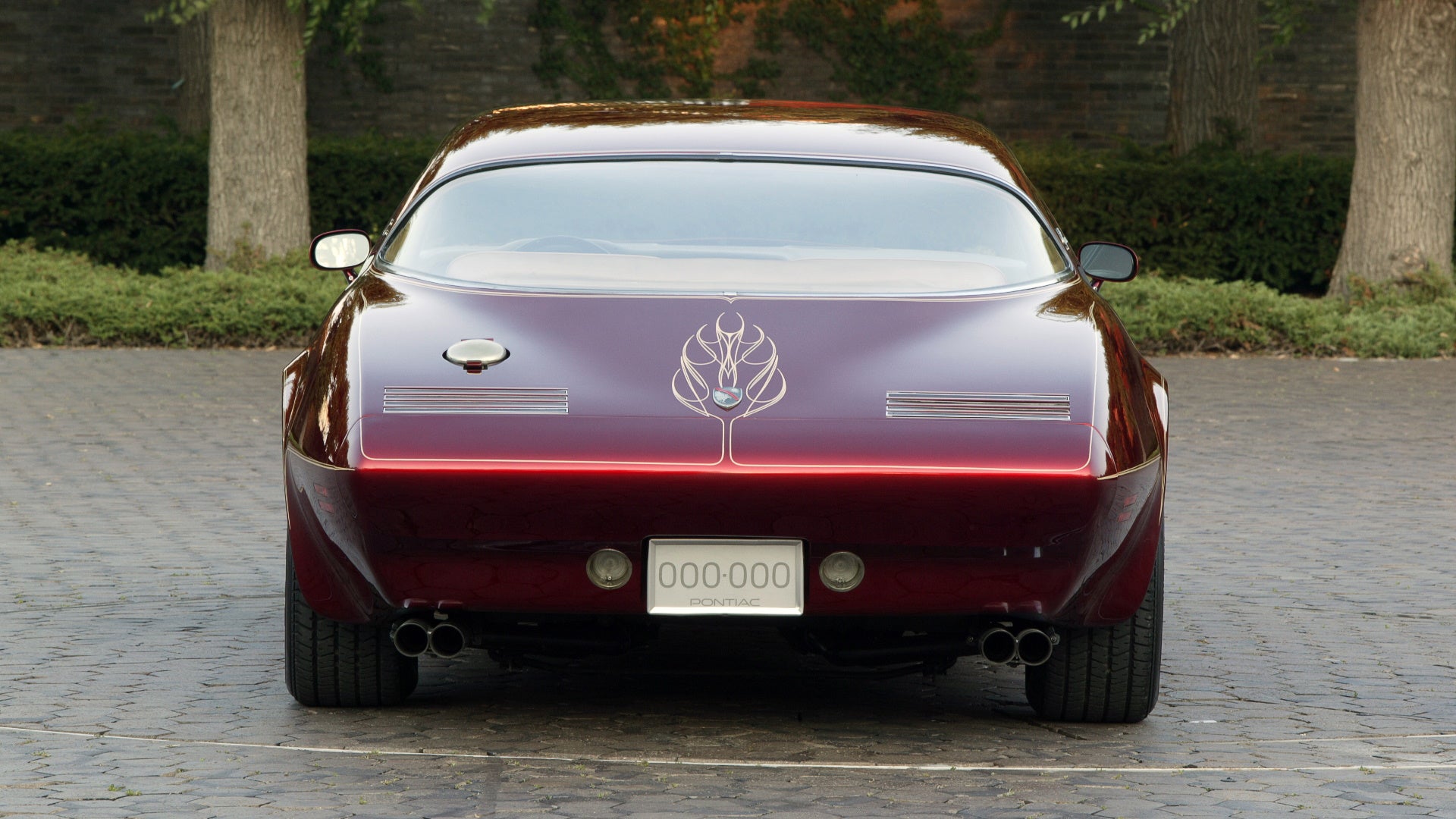 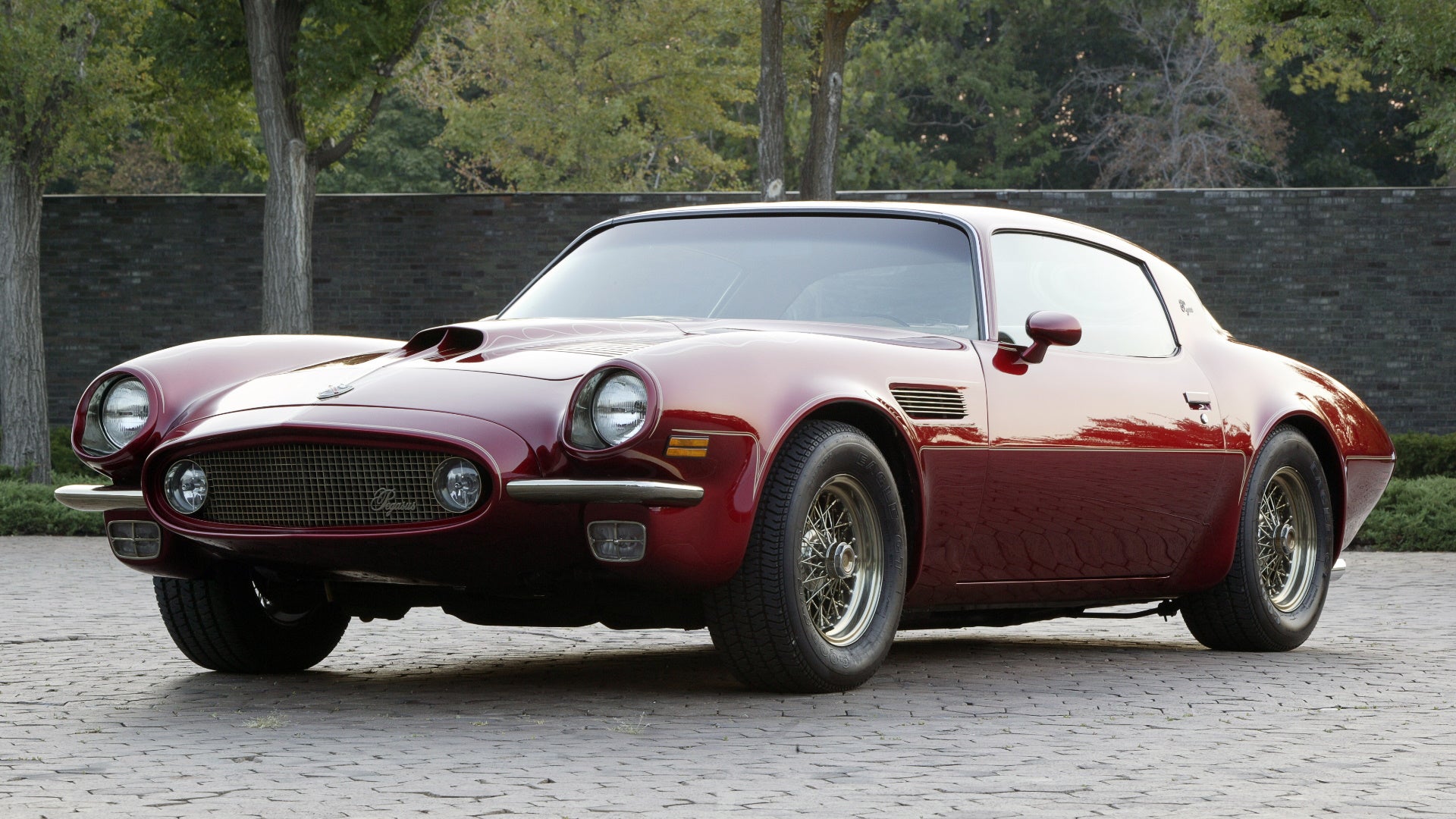 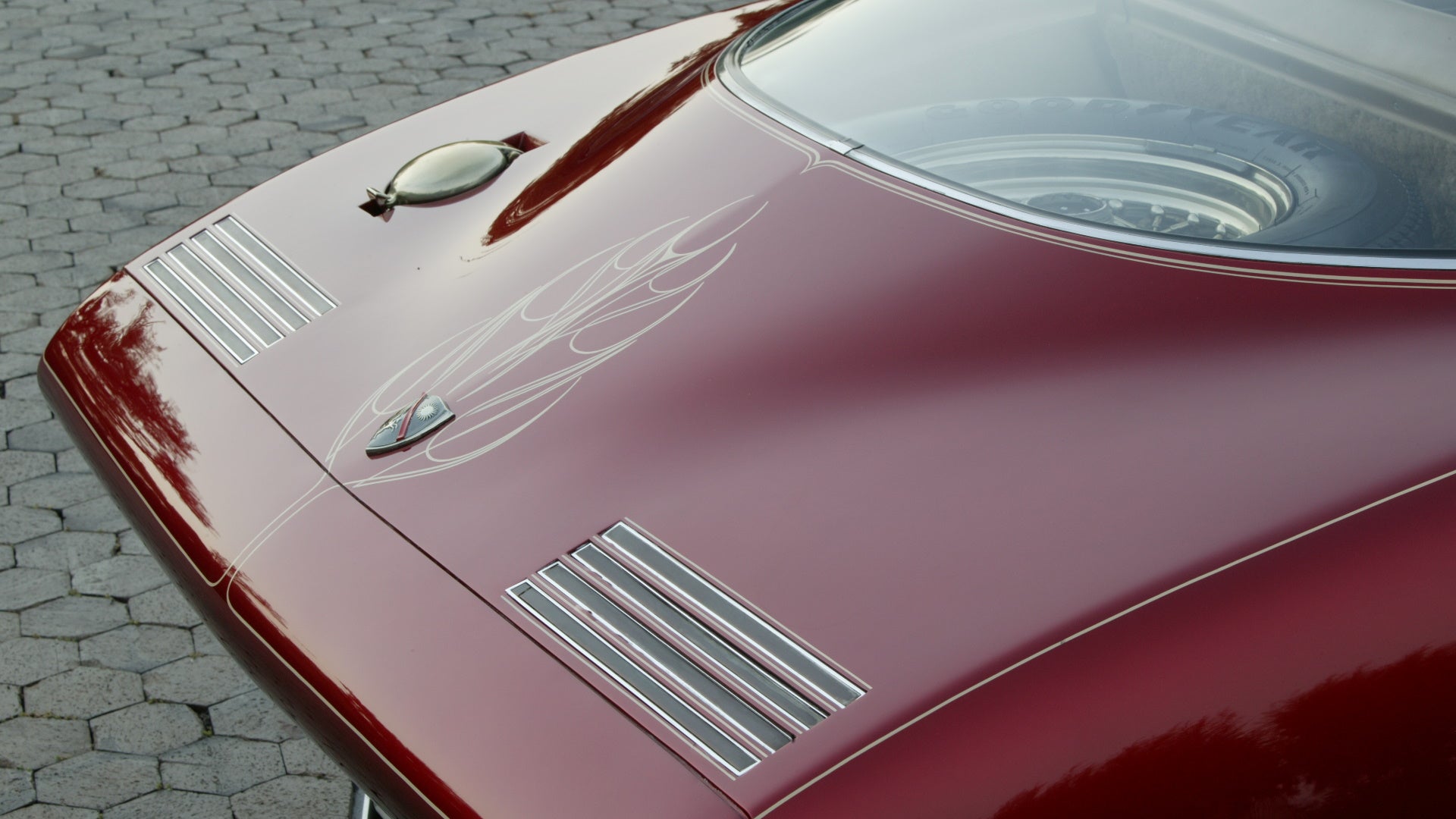 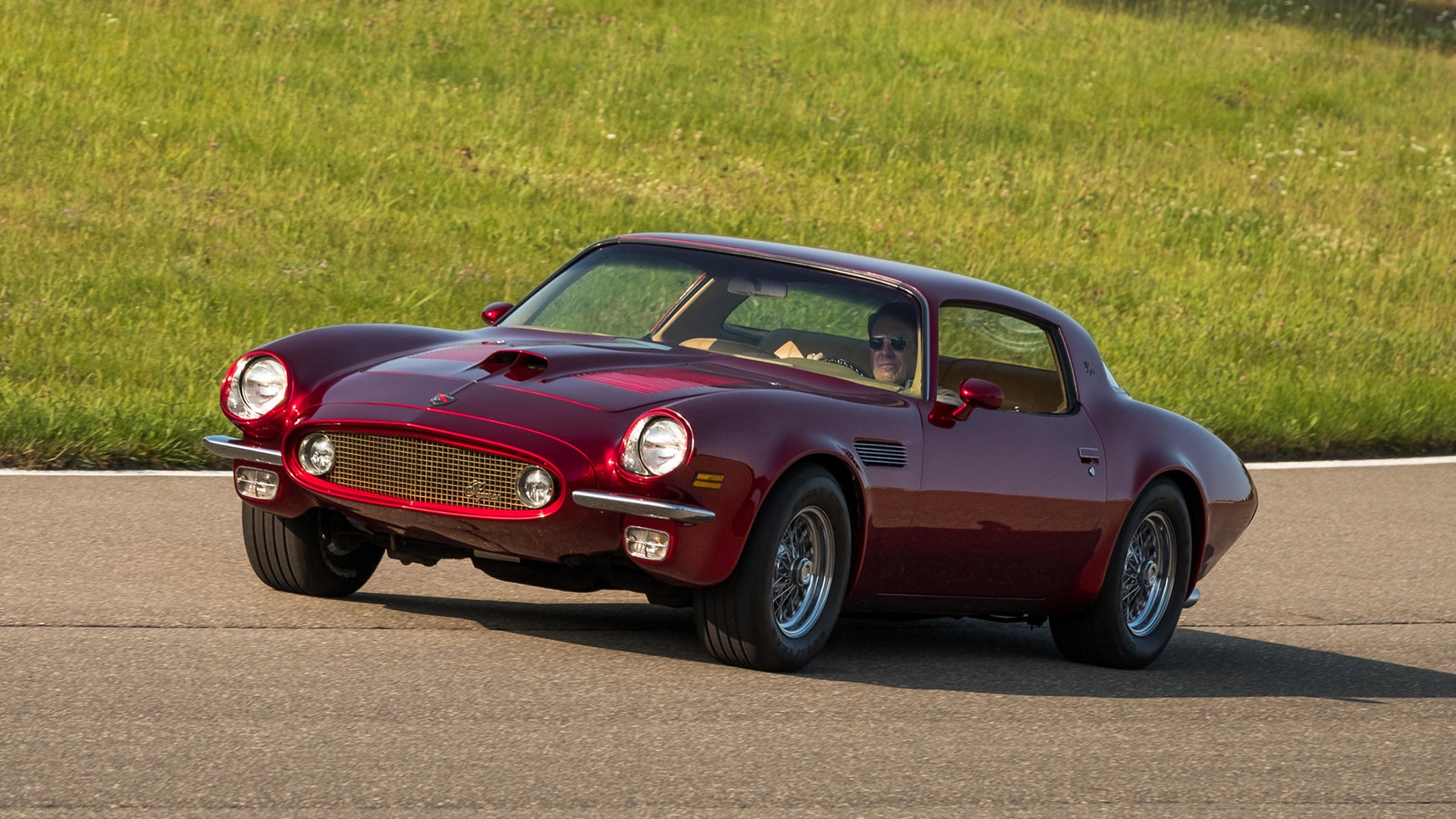 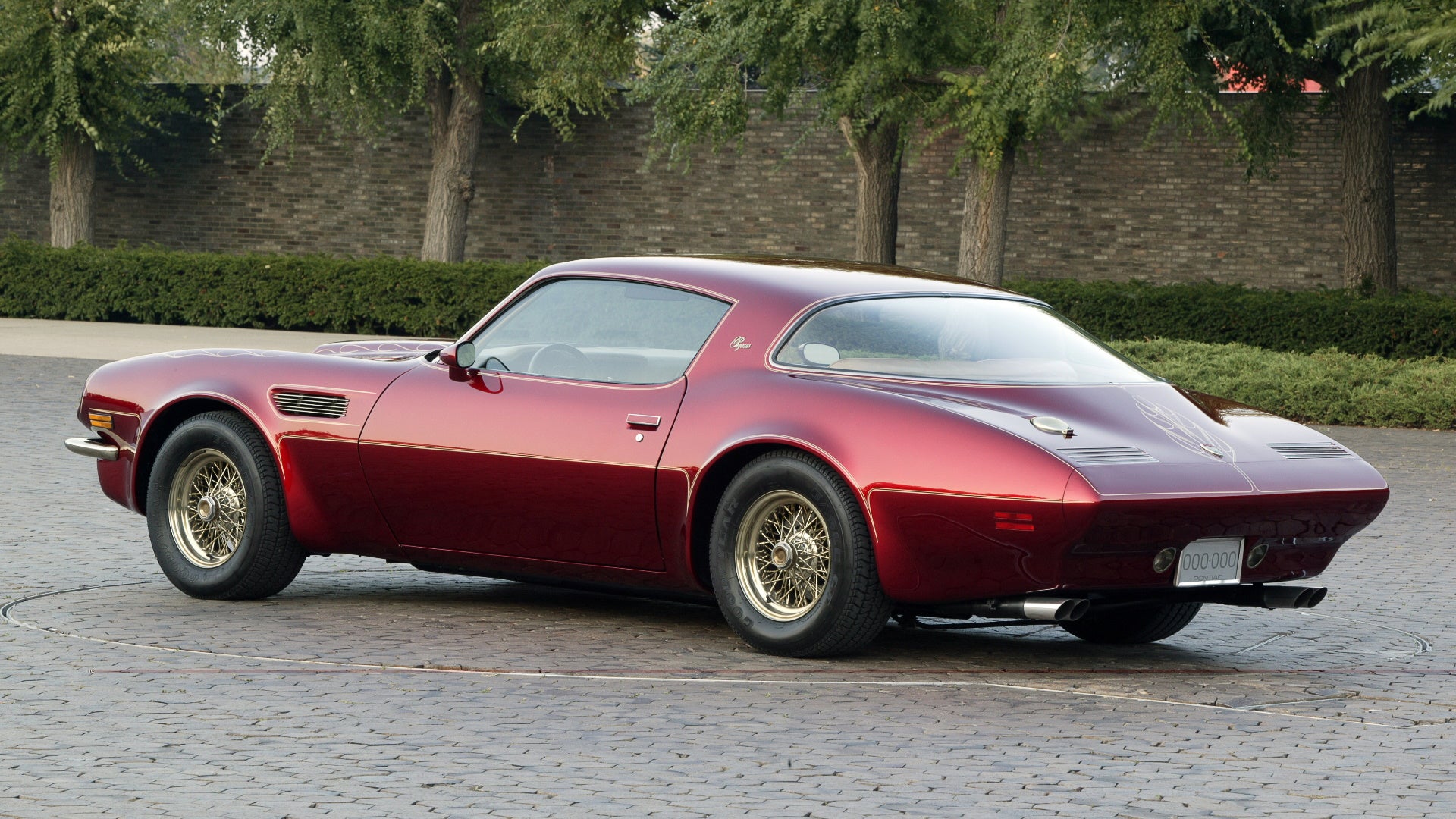 Wanting more Italian flair for this project, Mitchell arranged a Ferrari-style gauge cluster and interior for the car, as well as a Ferrari-sourced exhaust. It wasn’t bolted up to a burbling Detroit V8, though. A 4.4-liter V12—originally intended for a 365 GTB/4—was allegedly sourced from Maranello with Enzo’s blessing. Perhaps he was hoping the Americans would finally see the light and embrace frivolities like overhead cams and red lines above 6,000 RPM.

In any case, the V12 was installed in the engine bay and, according to some accounts, tuned up by Luigi Chinetti’s North American Racing Team, a privateer outfit known for endurance racing Ferraris in the U.S. to promote the brand. Whether or not that’s true, it produced somewhere in the neighborhood of 350 horsepower. 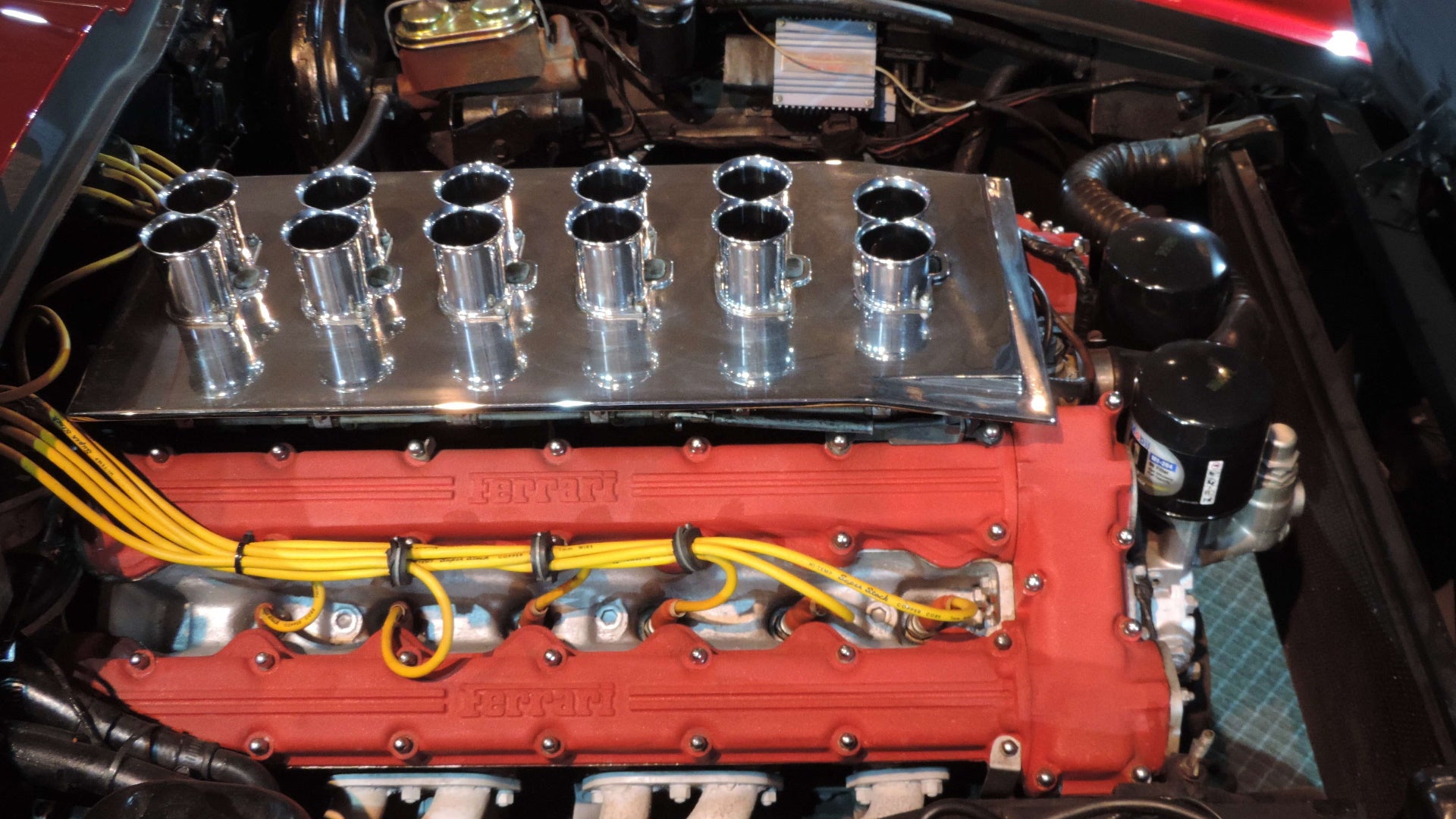 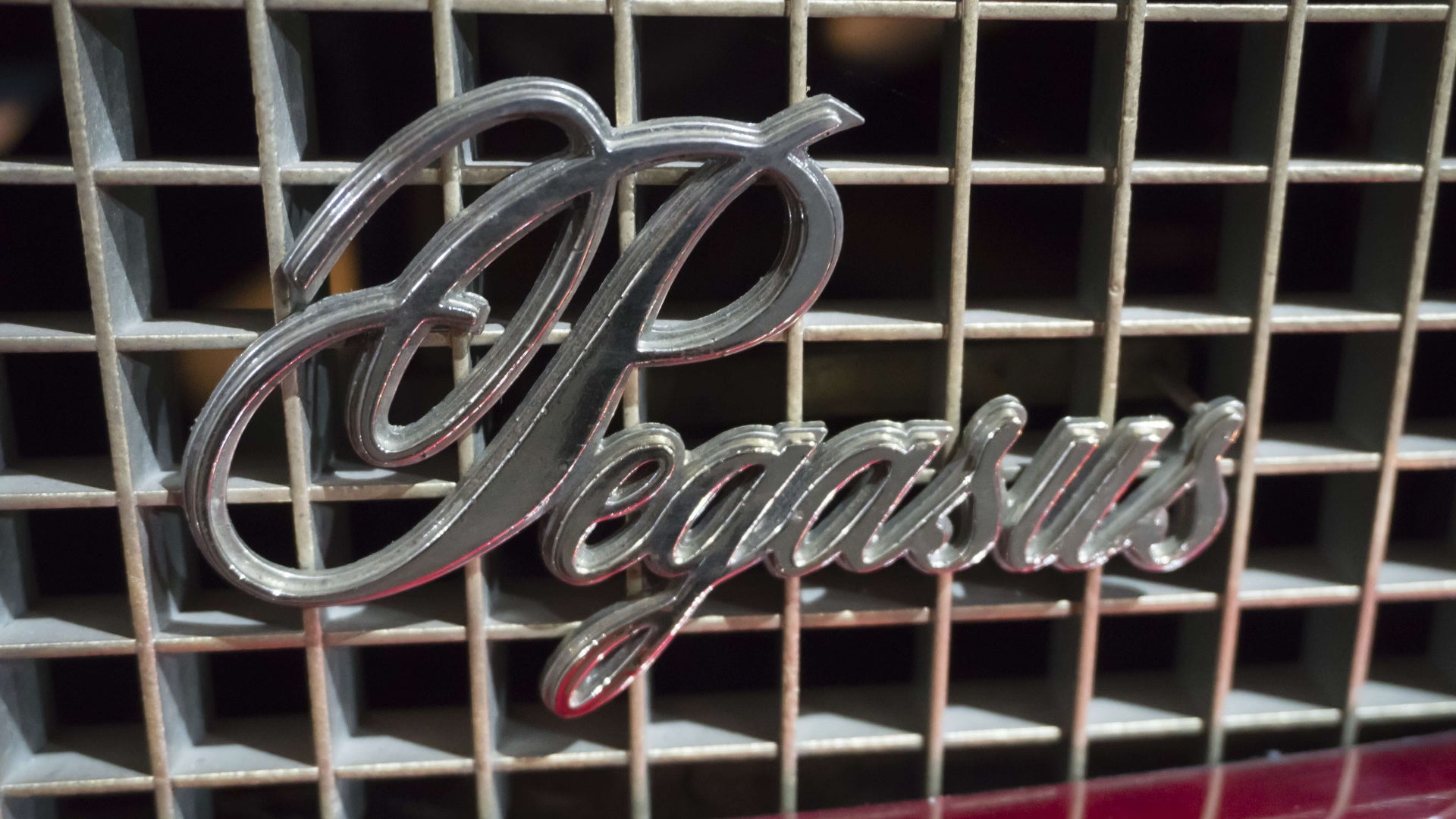 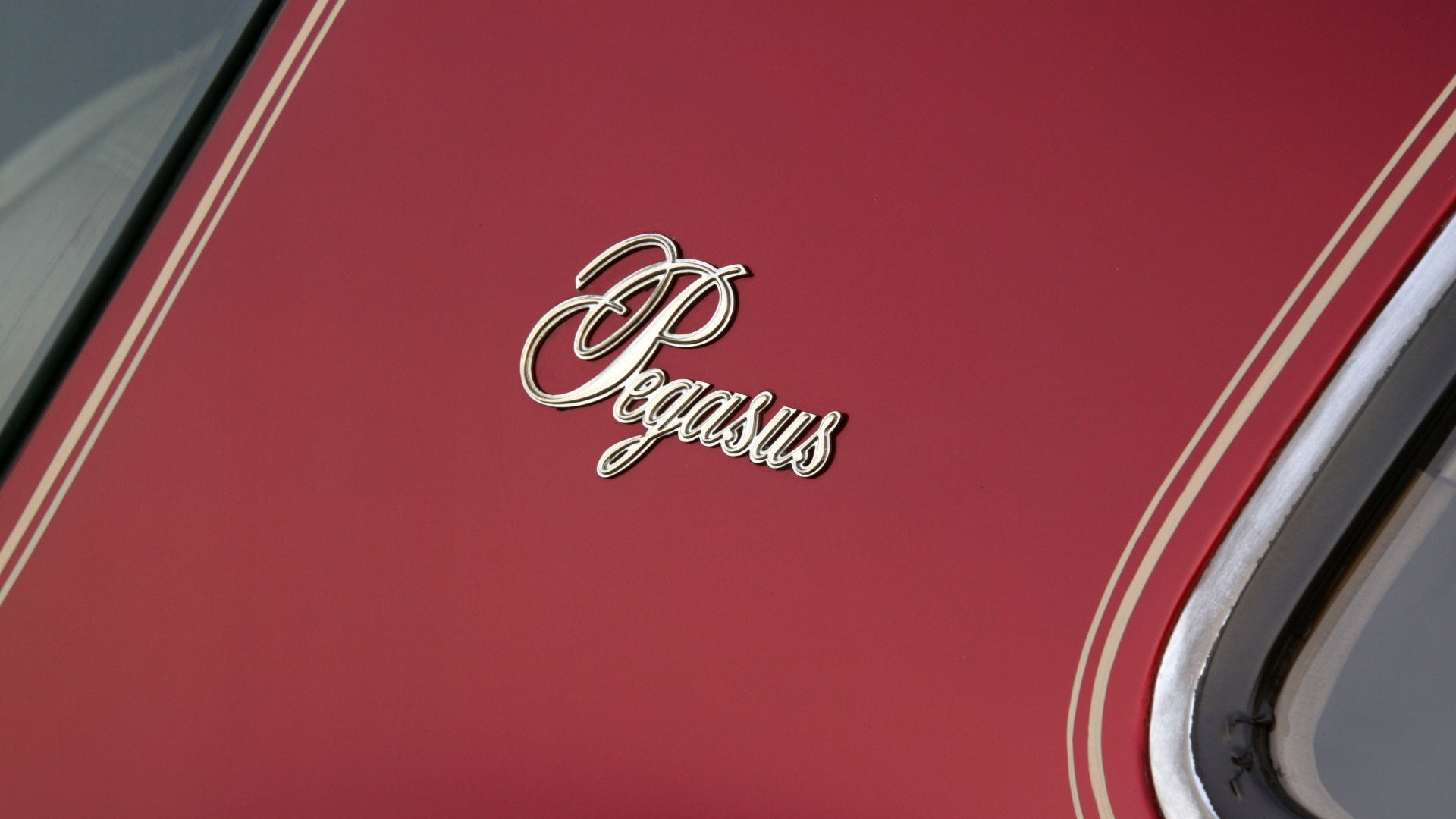 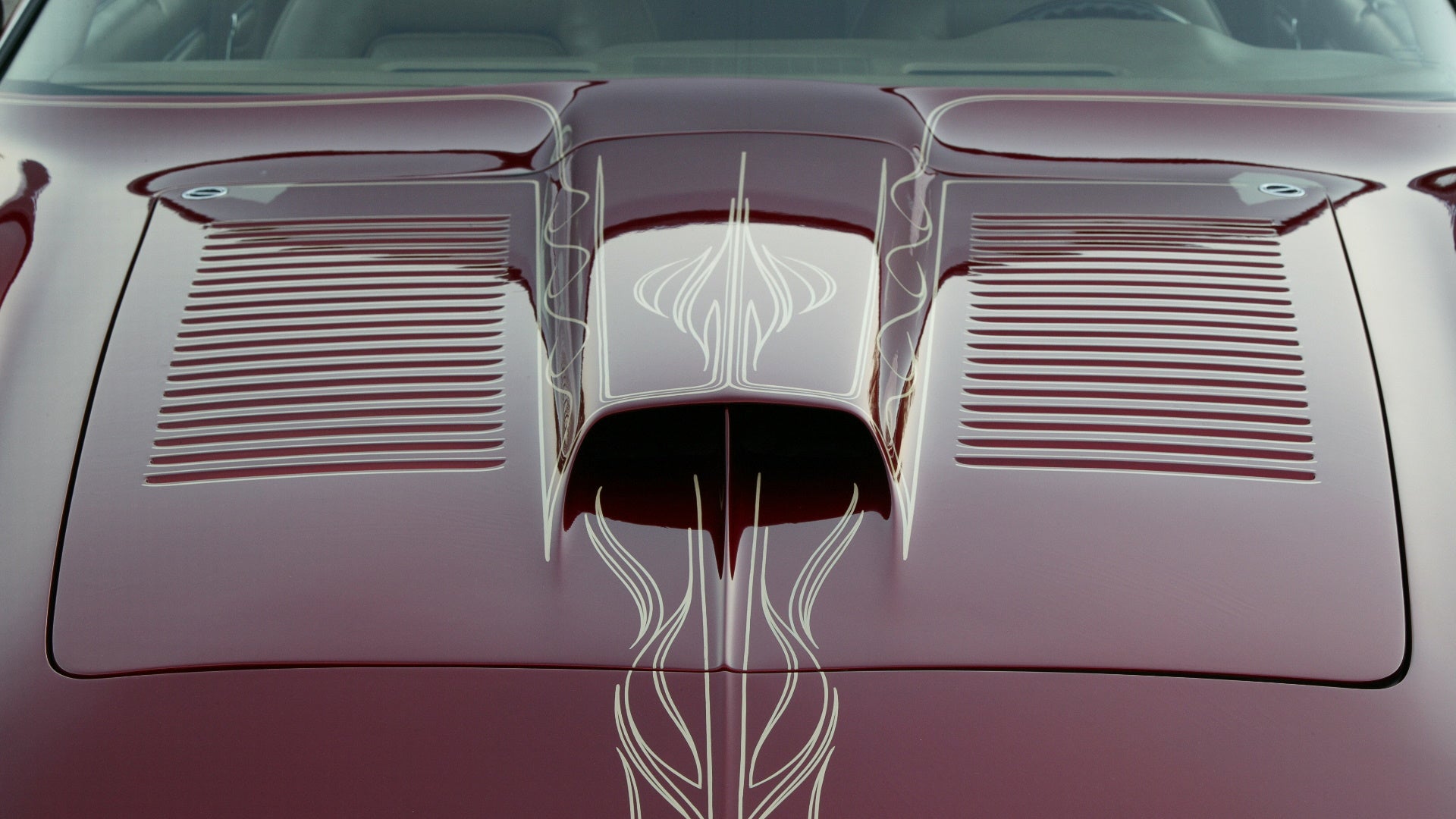 It reportedly went through a few transmissions as well, with Mitchell initially opting for his old cruising buddy, the three-speed automatic. Yes, a Ferrari V12 was—allegedly—backed up with the slushbox to end all slushboxes from GM, but that unit reportedly didn’t play nice with the high-strung Ferrari V12. Later, a five-speed manual transmission sourced from Ferrari was installed.

Other interesting changes to what was at this point not really a Firebird anymore include four-piston rear brakes from a Corvette, a custom hood that hinged forwards instead of backward, and a firewall set so far back—around ten inches aft of the stock location—that air conditioning was no longer an option. What they built, then, was really a 3,800-pound track toy. And time on the track, it got.

Mitchell wasn’t much of a racer himself, but evidently he got a lot of joy out of the car, so much so that he decided to take it with him when he retired in 1977, often showing up at track days with it to bask in people’s reactions. The car was even involved in an accident at Wisconsin’s Road America in the early 1980s, after which the front grille was tweaked to remove the divider seen in some of the pictures above.

When Motor Trend had the privilege to drive the car back in 2006—fifteen years ago, now—the author claimed that “the Pegasus accelerates like a Ferrari Daytona with an extra passenger aboard” which doesn’t really say much if you’ve never driven a 365 GTB/4, but in a nutshell, it was quick. It had 4.10 gears, a power to weight ratio roughly similar to other muscle cars of the same era, but most importantly, it sounded like an Italian thoroughbred. There are, unfortunately, no videos of it running online, so we can’t share with you what it actually sounds like.

But whether or not we can hear it run is irrelevant, because this is one of those rare concept cars that never saw the crusher. Mitchell willed it back to GM when he died in 1988, the car was restored at some point after that, and today it resides in GM’s Heritage Center, a museum-quality piece for all to see and enjoy.

There will never be another Firebird concept car from GM due to Pontiac’s untimely demise, but even if the brand was still around, it’s unlikely it would be stuffing a Ferrari V12 into any flashy new concept it revealed. That strange and singular privilege is and will always be reserved for the Pegasus.