Ask an amateur magician, and they’ll tell you that misdirection is the key to any successful trick. The easiest way to have an audience in the thrall of an illusion is to draw their attention to something completely unrelated to whatever sleight-of-hand shenanigans you’re trying to pull, even if you’re trying to make something gigantic disappear. Ask Copperfield about that one.

Now, the 1990s represented an important turning point for Volvo. After nearly two solid decades of building stoic boxes, the company was ready for a shift into a much curvier visual personality. At the same time, Volvo was also caught up in the zeitgeist of the era, which was pointing towards a tech-filled future that few automakers were (at that point) capable of delivering, but which still managed to dominate the concept car landscape. It’s under these auspices that Volvo delivered the Environmental Concept Car, which might look familiar even if you’ve never seen it before. 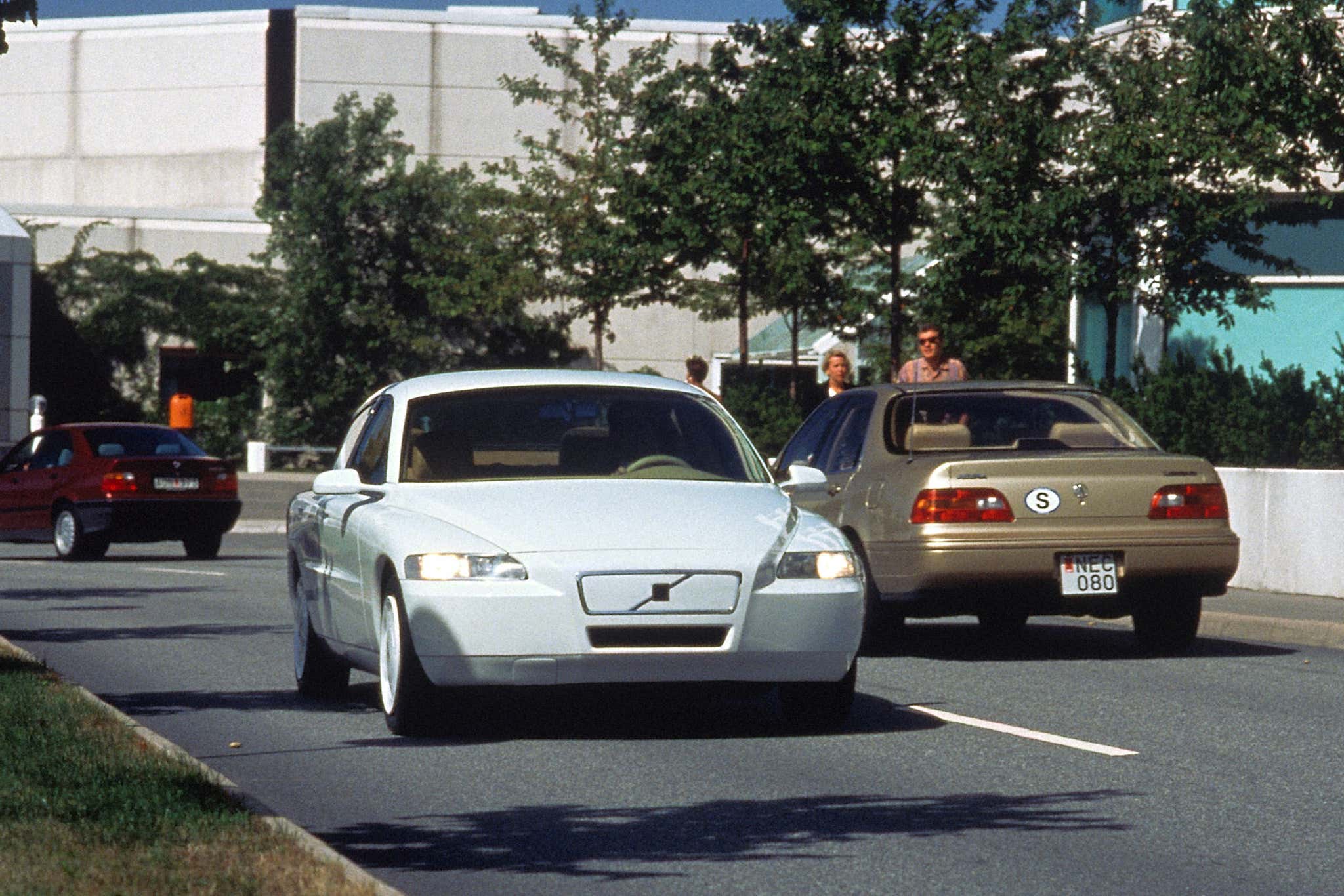 (Editor’s note: It’s easy to dismiss concept cars as marketing gimmicks and dead-end design exercises. But every once in a while, a company gives away the secret to its future without anyone noticing. With ever-grander promises about electrification, autonomy and material advances being made by today’s concepts, I thought it’d be useful to take a look through the archives to see how and when the major engineering and design trends that define the present were actually seeded. This recurring column by the great Ben Hunting is called The Most Important Concept Cars You Forgot All About, and its aim is to give you the tools to understand what’s really coming next. — KC)

Introduced in 1992, the ECC wowed the crowds at the Paris Motor Show with its hybrid drivetrain, which featured a gas turbine powering the vehicle’s single electric motor. With just under 100 horsepower on tap, the concept provided a decent dose of real world driving capability and a useful 90 miles of battery range. It touted a future where ecological stewardship was paramount, and milked the public’s nascent fascination with the coming information superhighway by adding a live LCD traffic feed to the cockpit called Dynaguide. 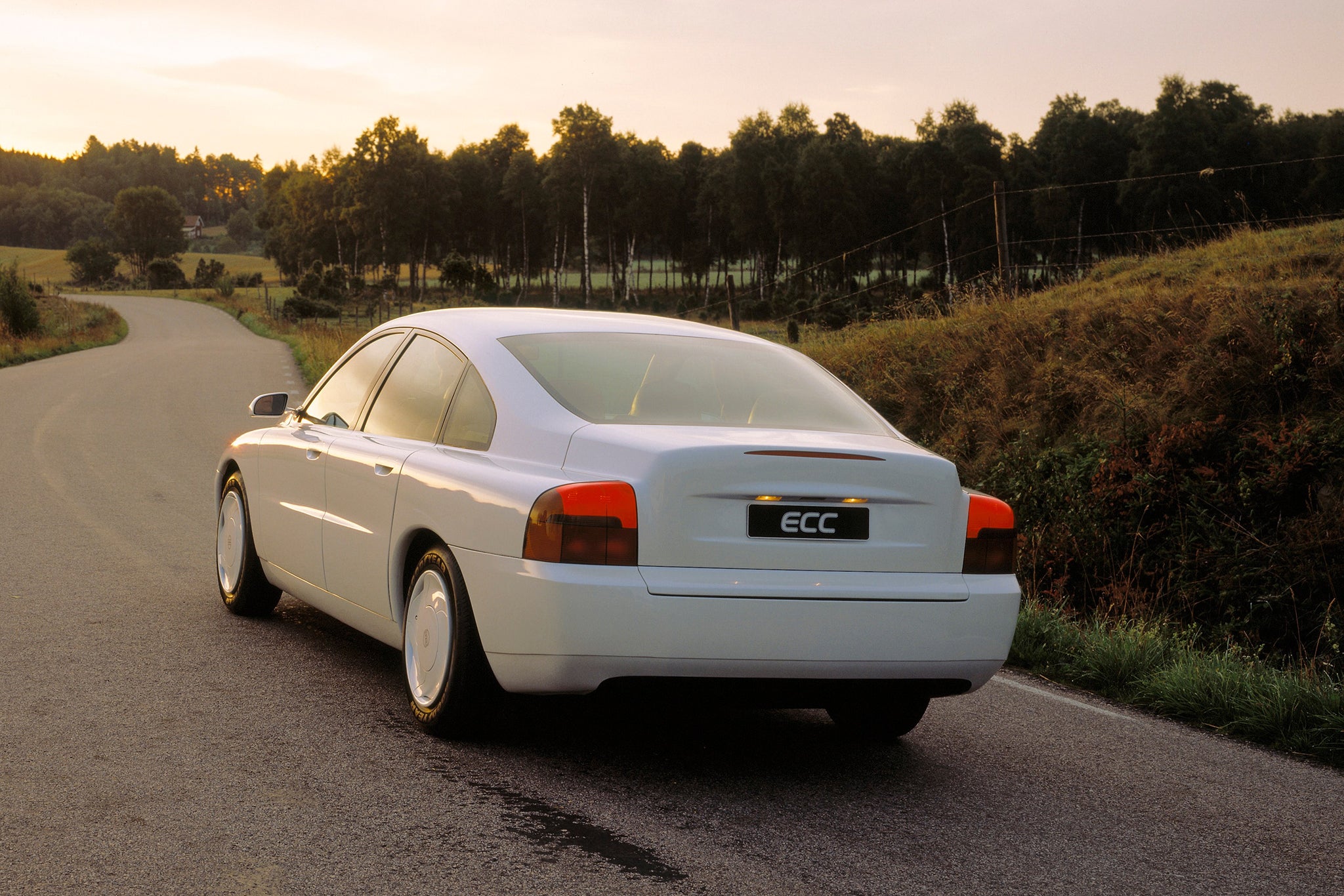 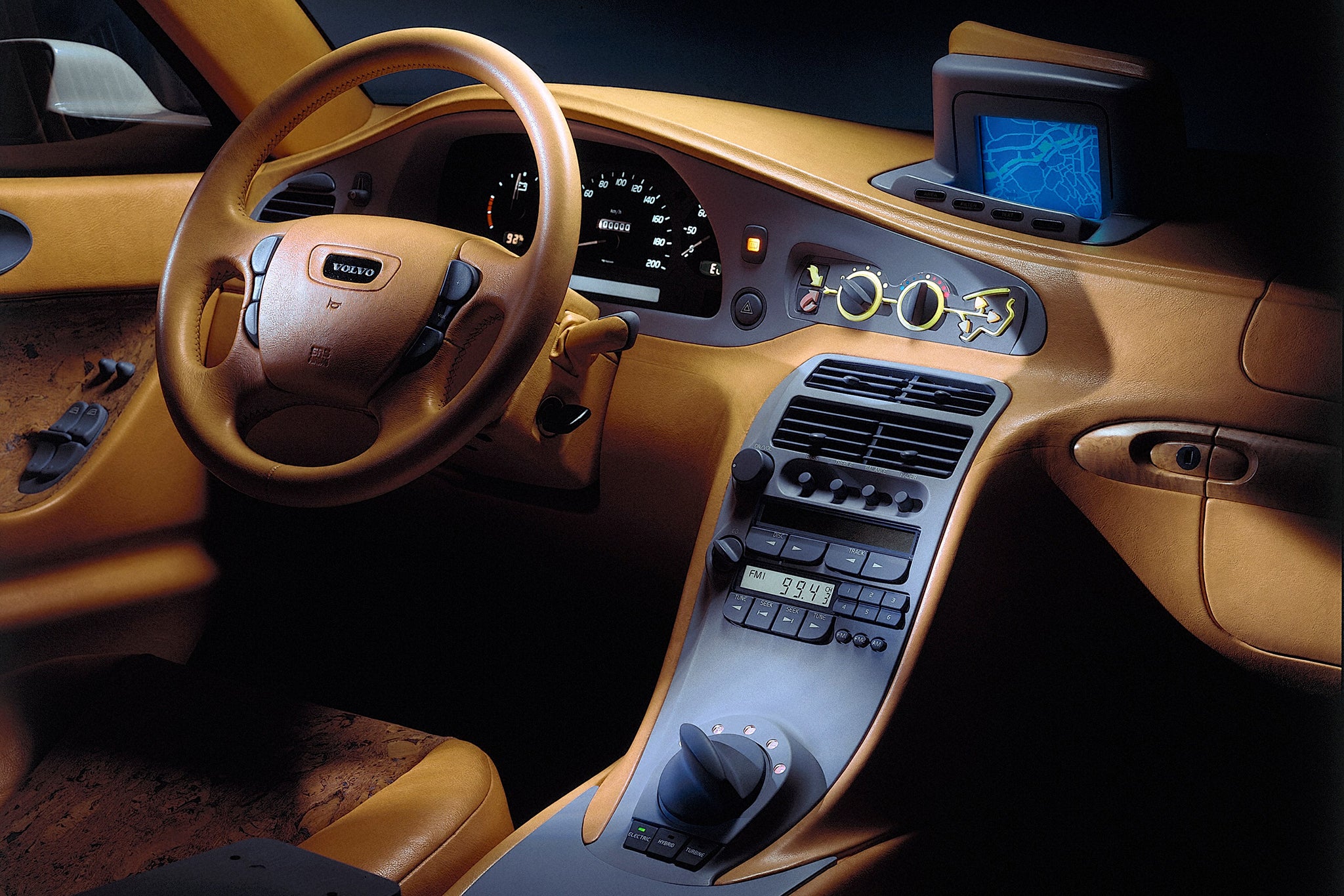 But all of that whizz-bang engineering and digital connectivity was a smoke show that concealed the Environmental Concept Car’s true importance. There completely undisguised on that Paris stage was the look that would transform Volvo’s image from frumpy to forward-thinking (and win it an entirely new generation of customers) all before the decade was out. While it took nearly 25 years and dozens more tries for the electrification ideals expressed in the concept to have a meaningful impact on Volvo’s lineup, the ECC’s design language quickly and permanently changed the company.

The rabbit was already out of the hat—it’s just that at the time, no one bothered to notice.

It’s impossible to overstate just how indelible Volvo’s right angles had become by the early 90s. The automaker had leaned hard into its box-on-wheels shtick, running endless ad campaigns that tied its rectilinear sheet metal to the image of safety equally important to the brand’s public image, virtually erasing any memories of the curvy P1800 ES and Amazon. It had been full steam ahead on straight-rulers for nearly 20 years of Volvo drafting desks until the arrival of the ECC. 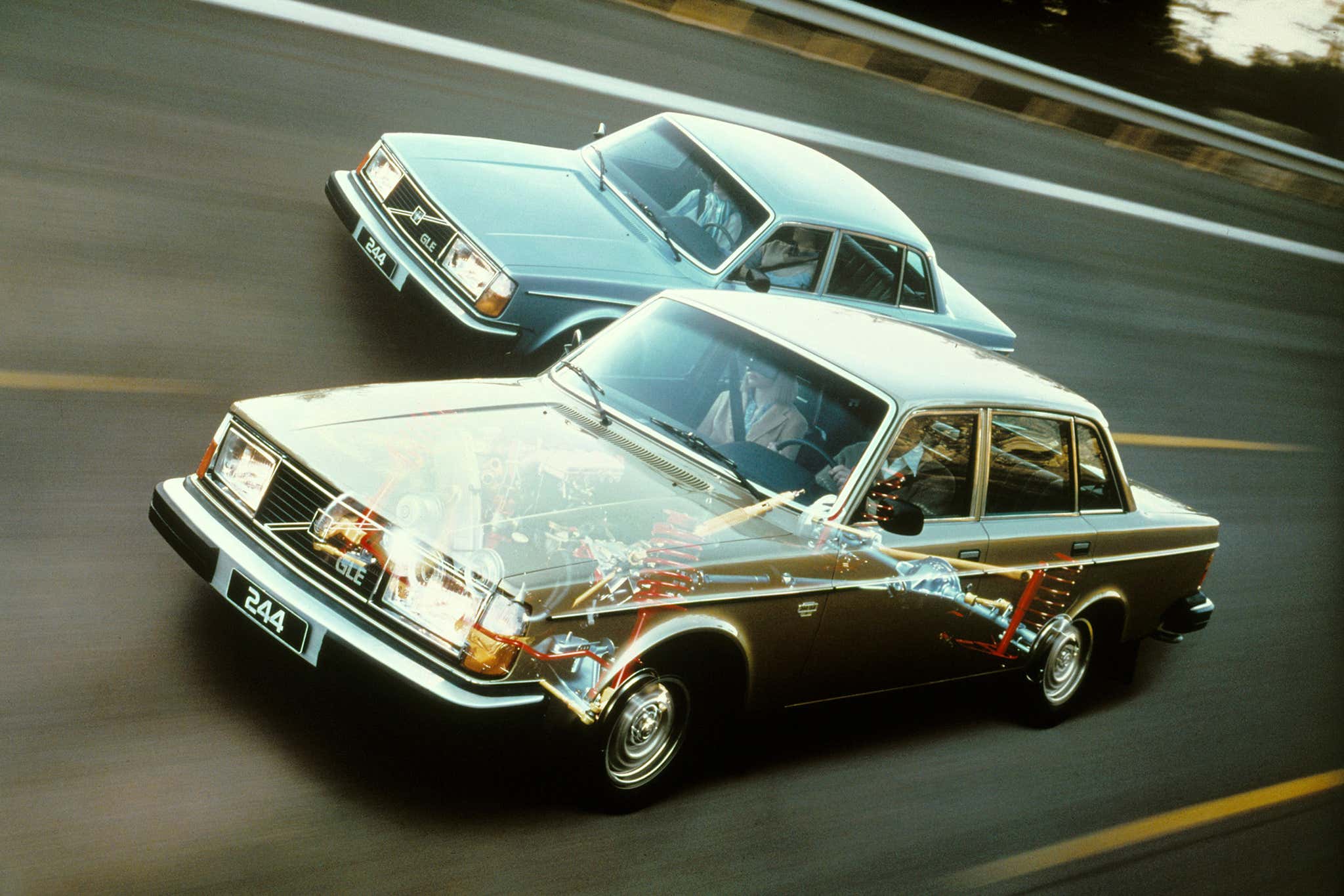 Why the sudden change in course? Credit goes to the arrival of Peter Horbury as the Design Director for Volvo in 1991 (He’s now the head of Volvo parent Geely’s global design department.) Horbury had previously pulled duty for the automaker in the mid-80s when he had shaped one of the company’s few against-the-grain models, the 480ES. The hatchback’s plunging hood, pop-up headlights, and slanted hatchback buttress were decidedly not part of the normal Volvo canon.

To say Horbury had an outsider’s perspective on the Swedish company’s automotive design would be accurate, having also spent time at Ford and MGA. More importantly, he had a plan: to take the same team that had been working on a hybrid version of the recently-completed Volvo 850 (also a box) at the company’s Camarillo, California design studio—far away from Gothenburg—and get them to refocus on a very different design future.

A Full Break With The Past

Volvo’s design chief was looking for a profile that could serve as the company’s flagship and eventually trickle down to other models as a guiding light for its styling future. Although not quite up to the challenge of tackling traditional executive cars like the BMW 7 Series or the Jaguar XJ, Horbury was determined to break Volvo out of its stodgy image with a halo model that pointed in a dramatic new direction, rather than by evolving half-efforts like the mid-90s C70 coupe that couched its rounder bits in a familiar, 800-series derived template. 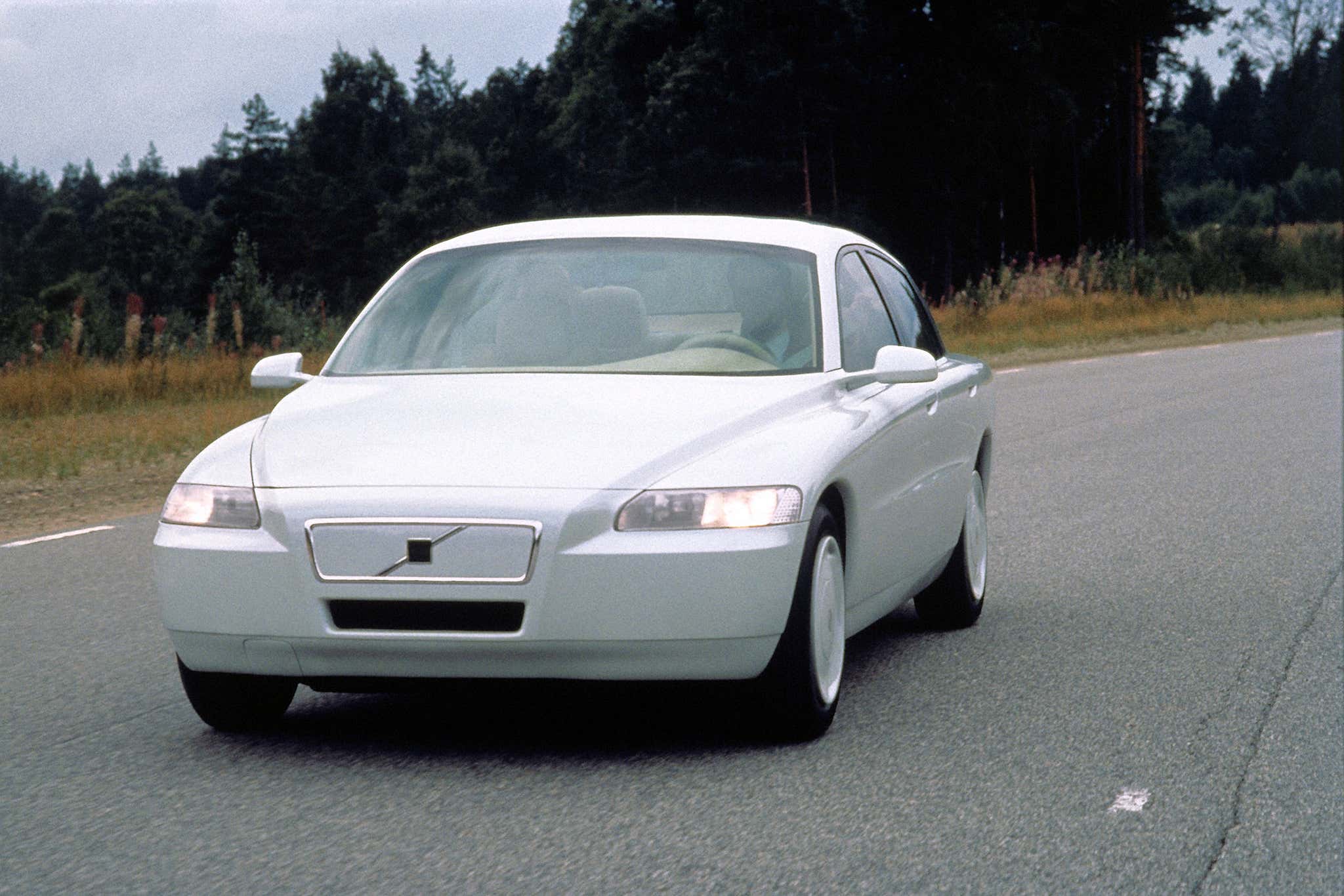 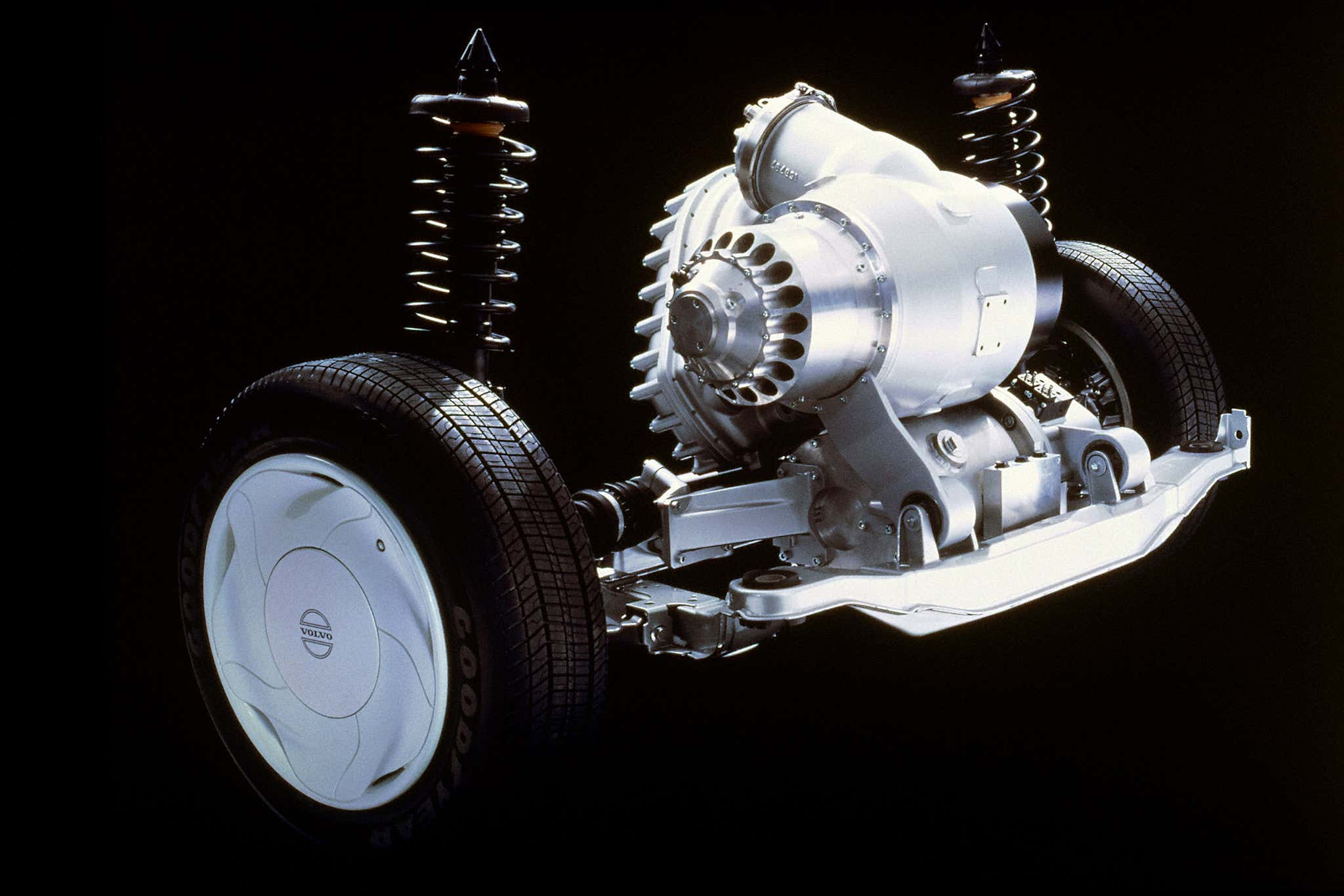 From a modern perspective, it’s very easy to see how the ECC’s shape translated almost verbatim into the production 1999 S80 sedan. In addition to the flow of its gently sloping greenhouse, the concept introduced ‘shoulders’ that ran from the front fenders to the rear fenders, a hood that carved out a diagonal-V that highlighted a pointed snout, recessed headlights, and a chunky, tall-riding trunk lid that meshed with the vehicle’s back glass. Although somewhat muted by the time they reached production (and with a larger D pillar adding heft at the rear), each of these features were prominent on the S80 that replaced the 900 series as the plushest Volvo money could buy.

At the time, little fuss was made over the Environmental Concept Car’s looks. The sedan was so un-Volvo-like that most in the motoring press assumed the car’s flashy duds were simply intended to call attention to its futuristic drivetrain. Company execs had few qualms about providing such a surprisingly early design preview for exactly the same reasons, as they knew no one would take the ECC’s shape seriously. 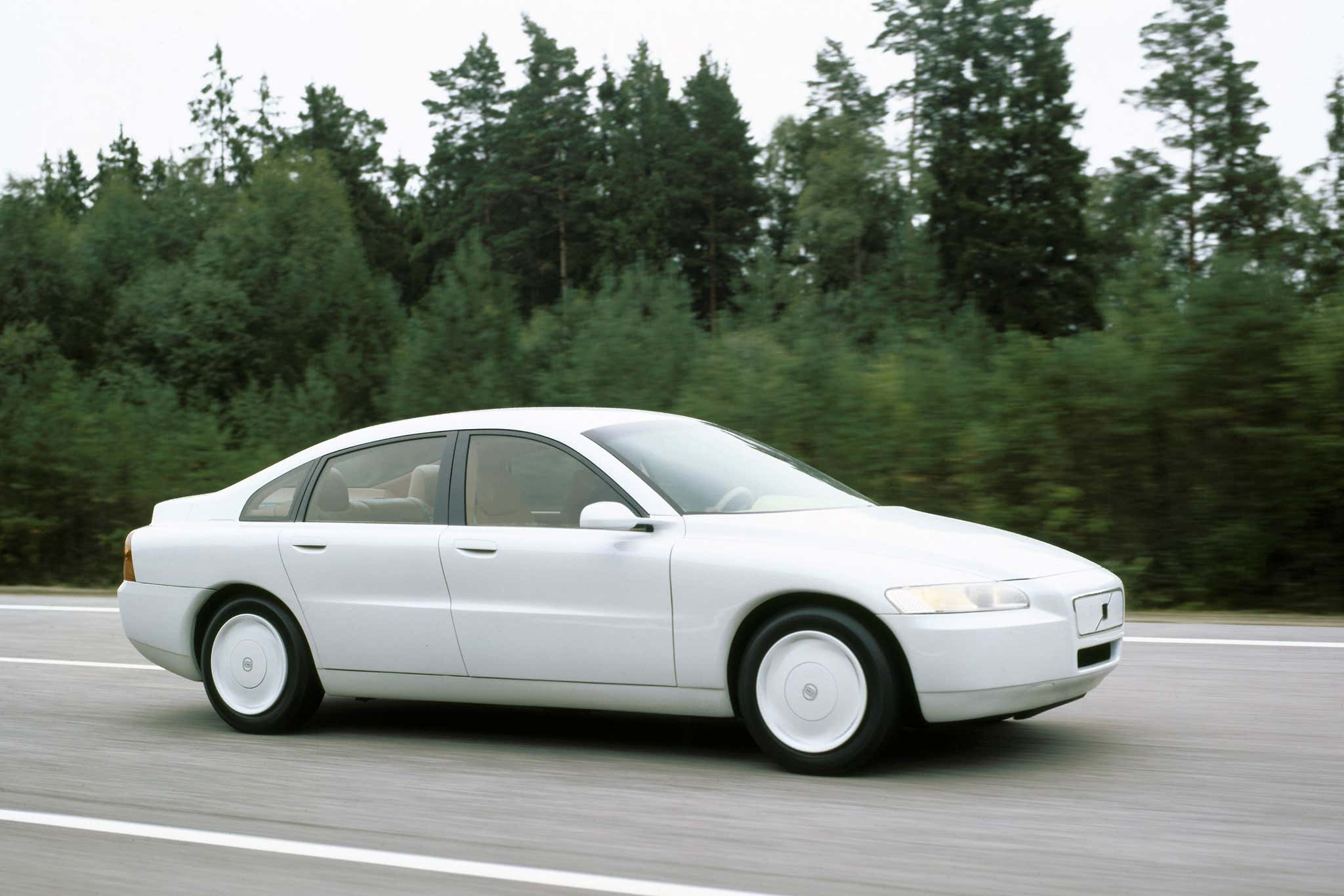 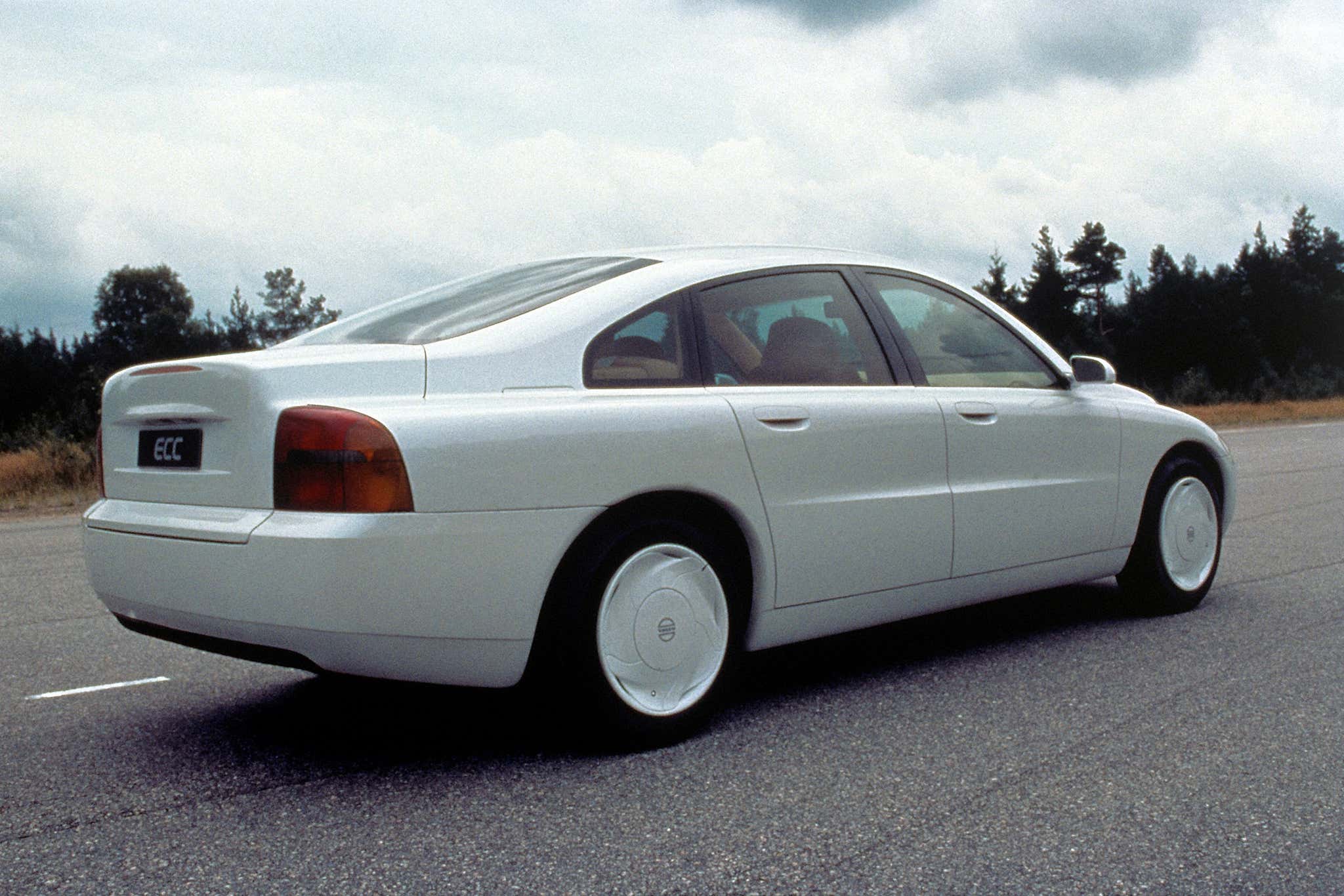 To Horbury, it was “the car that allowed me to change Volvo forever.” With the ECC well received, the designer’s classic act of misdirection with the media had passed the real world test he needed to bring Volvo’s brass in on his plan to use it as the springboard away from the same old, same old. Recollecting the response of Volvo’s CEO at the time, Pehr Gustaf Gyllenhammar, Horbury told Autocar “…he said, ‘Well, I don’t like that,’ but I promised him that eventually he would.”

For My Next Act, I’ll Make This Box Disappear

If Gyllenhammar was on the fence about the S80’s looks, then surely the profits associated with all of the ECC’s children pushed him over into being a fan. Not only was the S80 a revelation for Volvo design, but it begat strong volume sedans like the S60, and soon after served as the template for what Horbury has labeled the ‘pinnacle’ of Volvo’s revised design language: the XC90. That SUV carved out enormous financial rewards for the company and helped it transition into an era that was less and less interested in the iconic wagons that had helped build Volvo’s its past success. The XC90 was in fact penned by Doug Frasher, the Camarillo resident who had come up with the initial sketch that led to the ECC revolution. 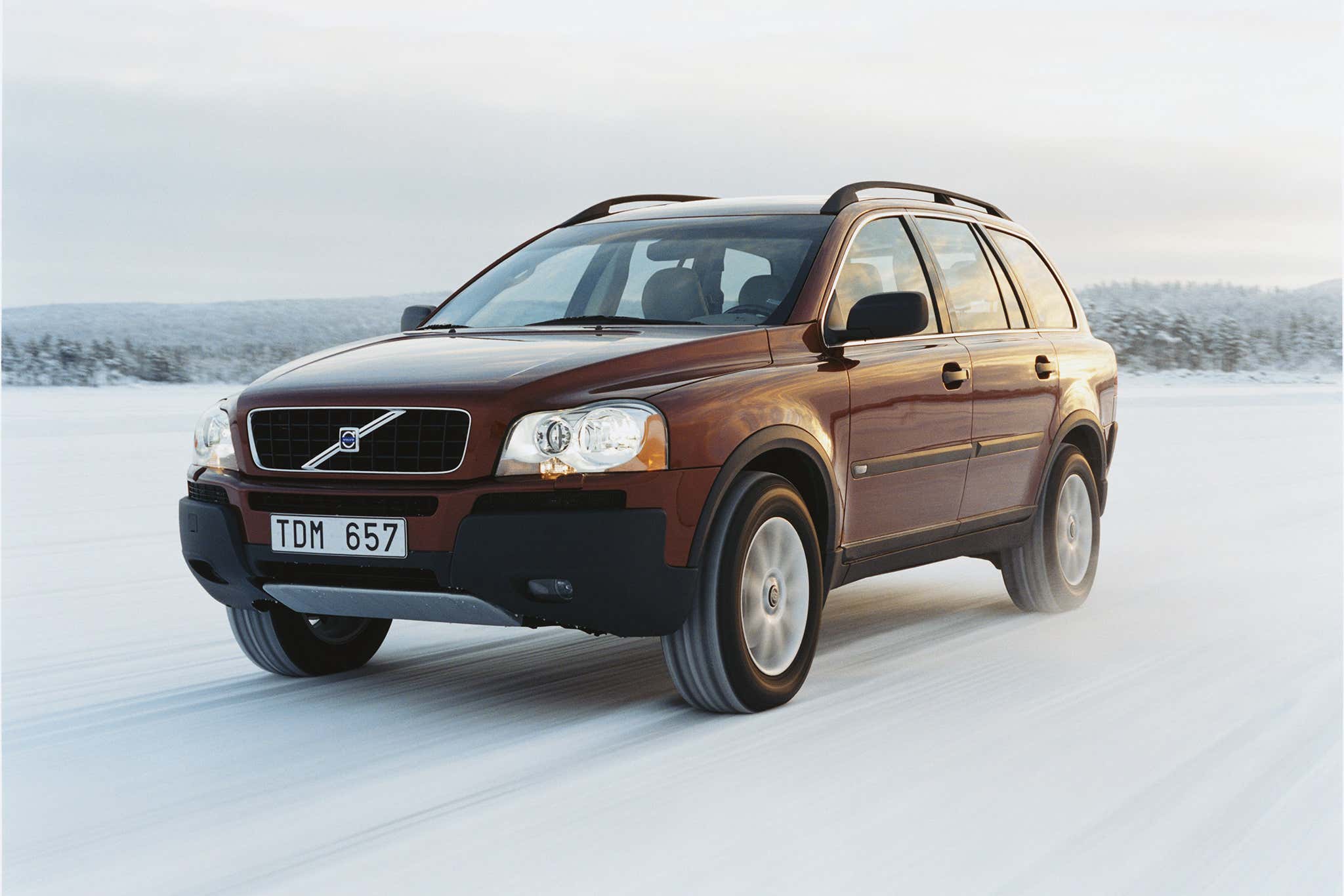 Horbury’s gamble paid off big time, and Volvo truly was changed forever. The S80 and XC90 were the thin ends of a wedge that ripped the lid off of the company’s reputation as the builder of boring boxes and opened up a new world of possibilities that has directly lead to its current status as a design-first automaker. Once the house lights had been brought up from the EEC’s debut and Horbury had tipped his top hat, the concept illuminated a design path that has transported the company all the way to the present day.

That turbine hybrid, on the other hand? Electrification might be in, but we’re still waiting for David Copperfield to make good on that one. 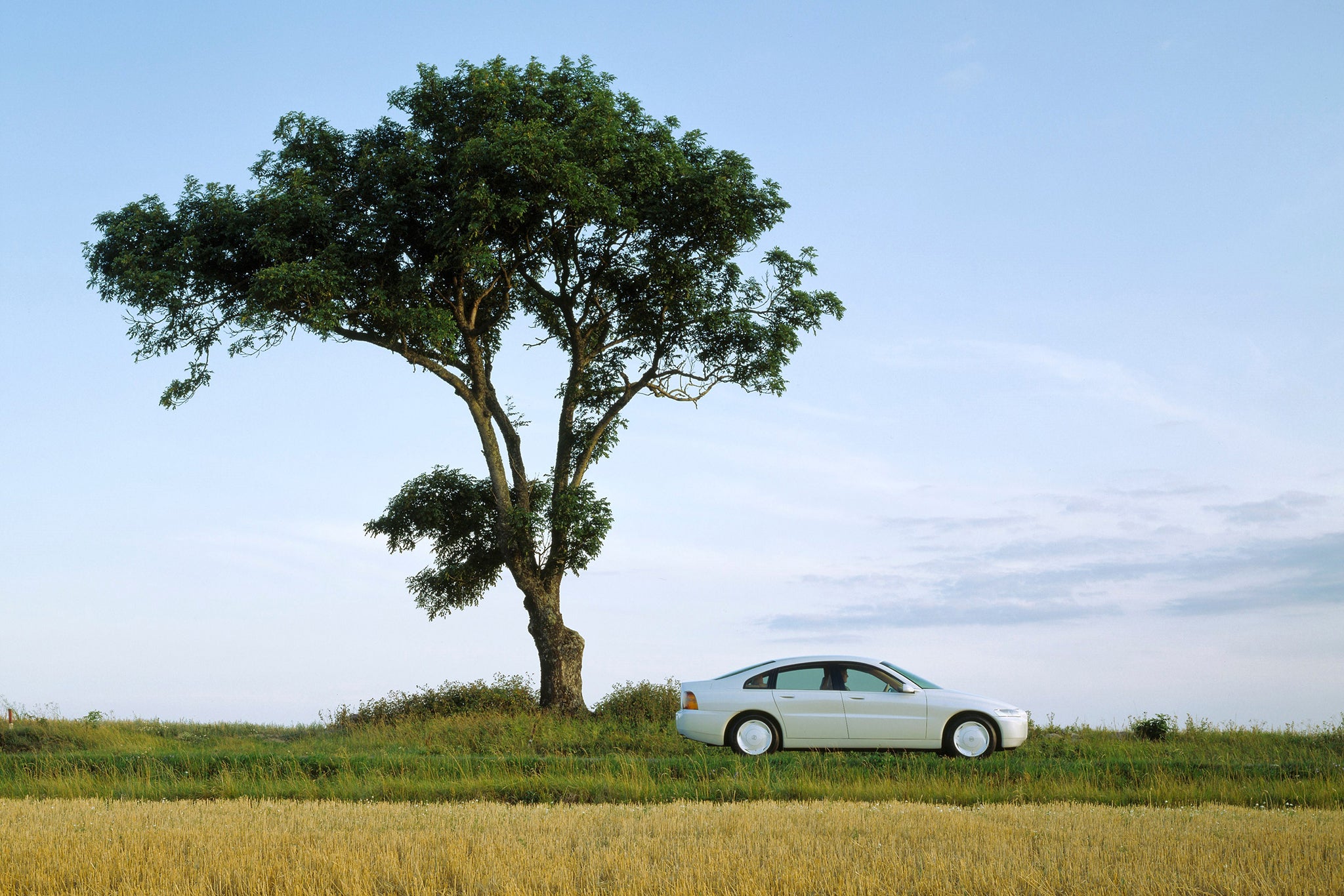 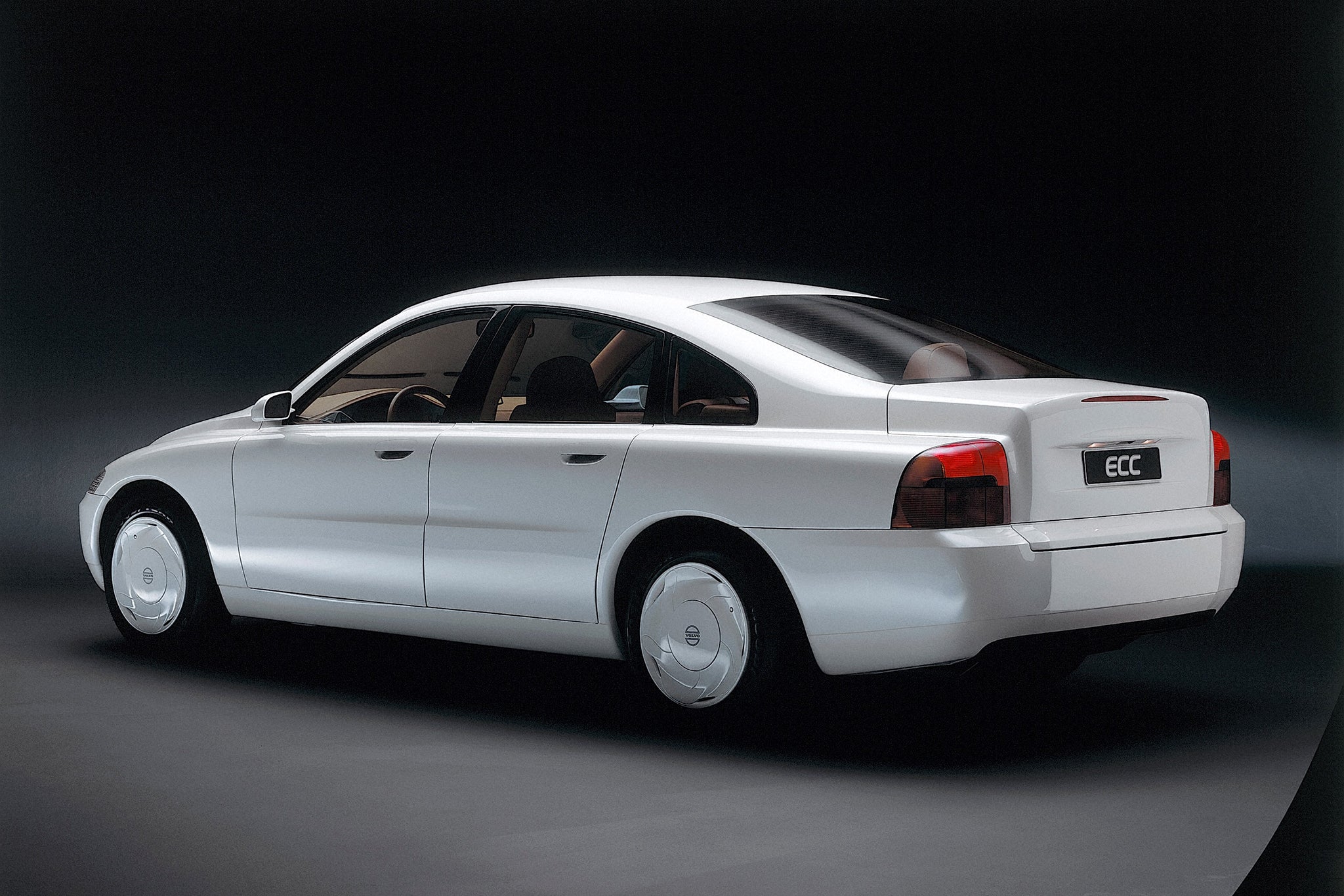 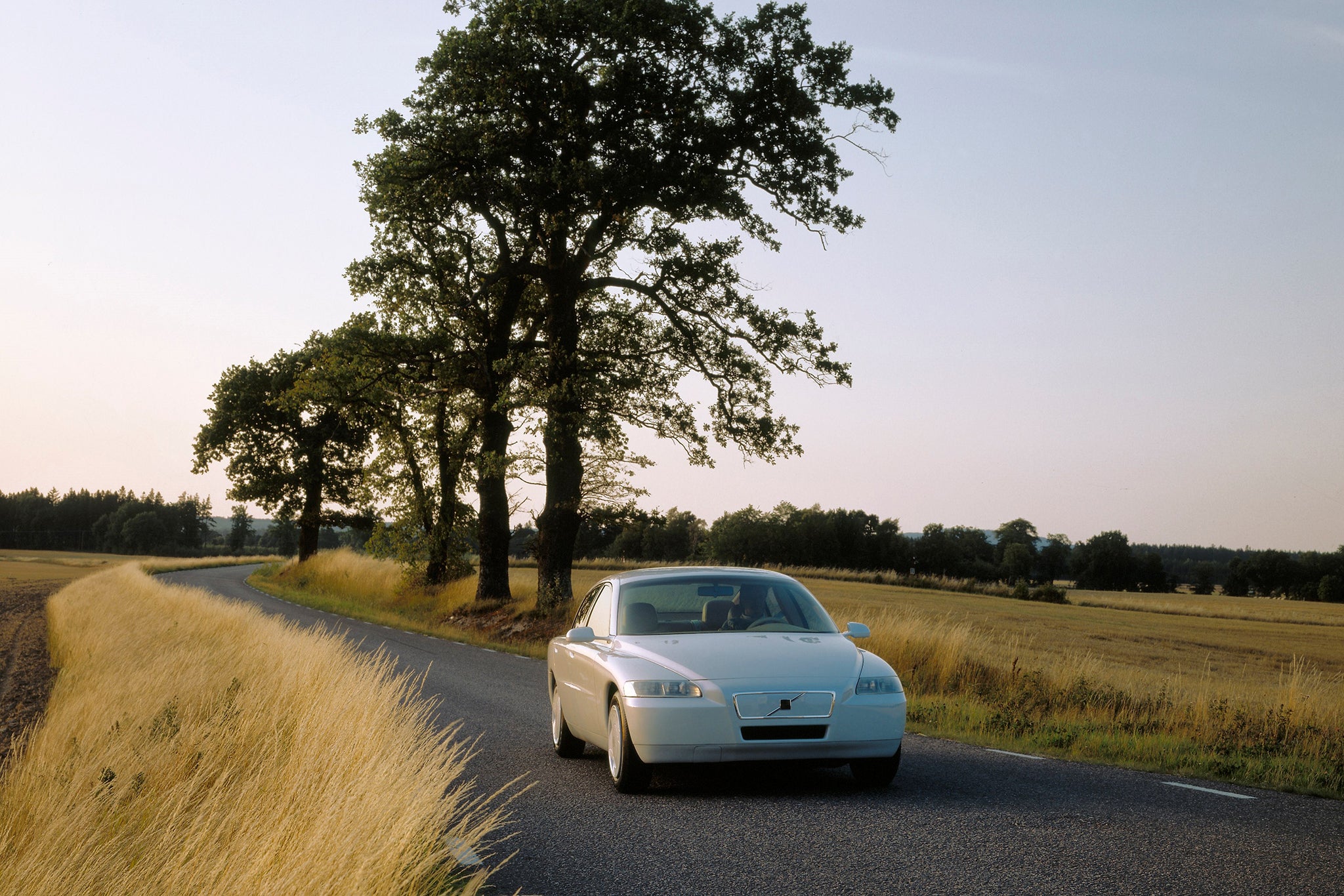 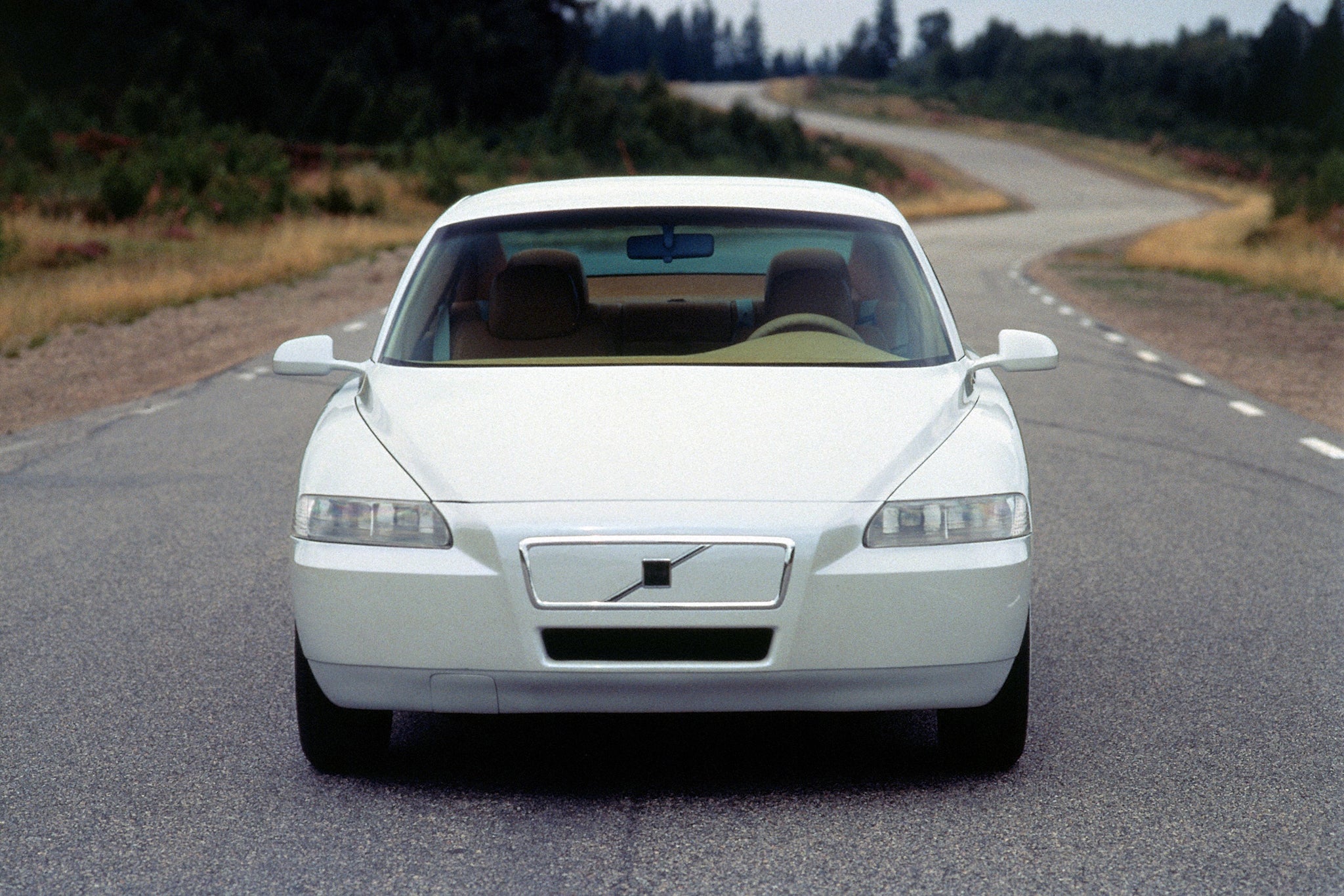