It’s Thursday, Nov. 11, which means we’re two weeks away from Thanksgiving and just an hour and a half or so from seeing the 2023 Acura Integra. Officially, the car we’ll see tonight is a prototype, though the greater Honda Motor Company has a thing for calling stylistically representative, near-production models “prototypes.” For all intents and purposes, we’ll know what the new Integra looks like tonight and that’s worth talking about.

The reveal livestream will start around 8:30pm ET/5:30pm PT at this link, and we’ll update this post an embedded video if one is available. Expect all the info to drop shortly thereafter, which we’ll cover separately in a full story.

I can already tell you it’ll be a four-door hatchback of sorts, mainly because Acura told everyone that in September. We’ve also seen spy photos of camouflaged Integra test mules, most recently captured by our friends at Car Bibles. Its overall shape is fairly similar to the 11th-gen Civic hatch, and we expect them to share a lot of parts.

Even though it won’t retain the two-door form we all remember the Integra for, we know it’ll have an available six-speed manual transmission. Acura confirmed this, though it hasn’t said which engine will power the car. A teaser video seems to feature a high-revving four-cylinder, which isn’t exactly surprising, and we’re still left to wonder which one it might be. I wouldn’t be surprised if the Civic Si’s 200-horsepower, 1.5-liter turbo engine makes an appearance here as well; here’s to hoping for a Civic Type R-powered variant somewhere down the line, too.

I’m not expecting Acura to reveal any definitive power figures tonight, nor do I expect the automaker to go into too much detail regarding the car’s suspension. Regardless, it’s an exciting opportunity to see a beloved nameplate make its comeback, so you bet we’ll be watching. Be sure to check out my favorite website, The Drive Dot Com, for more coverage later tonight! 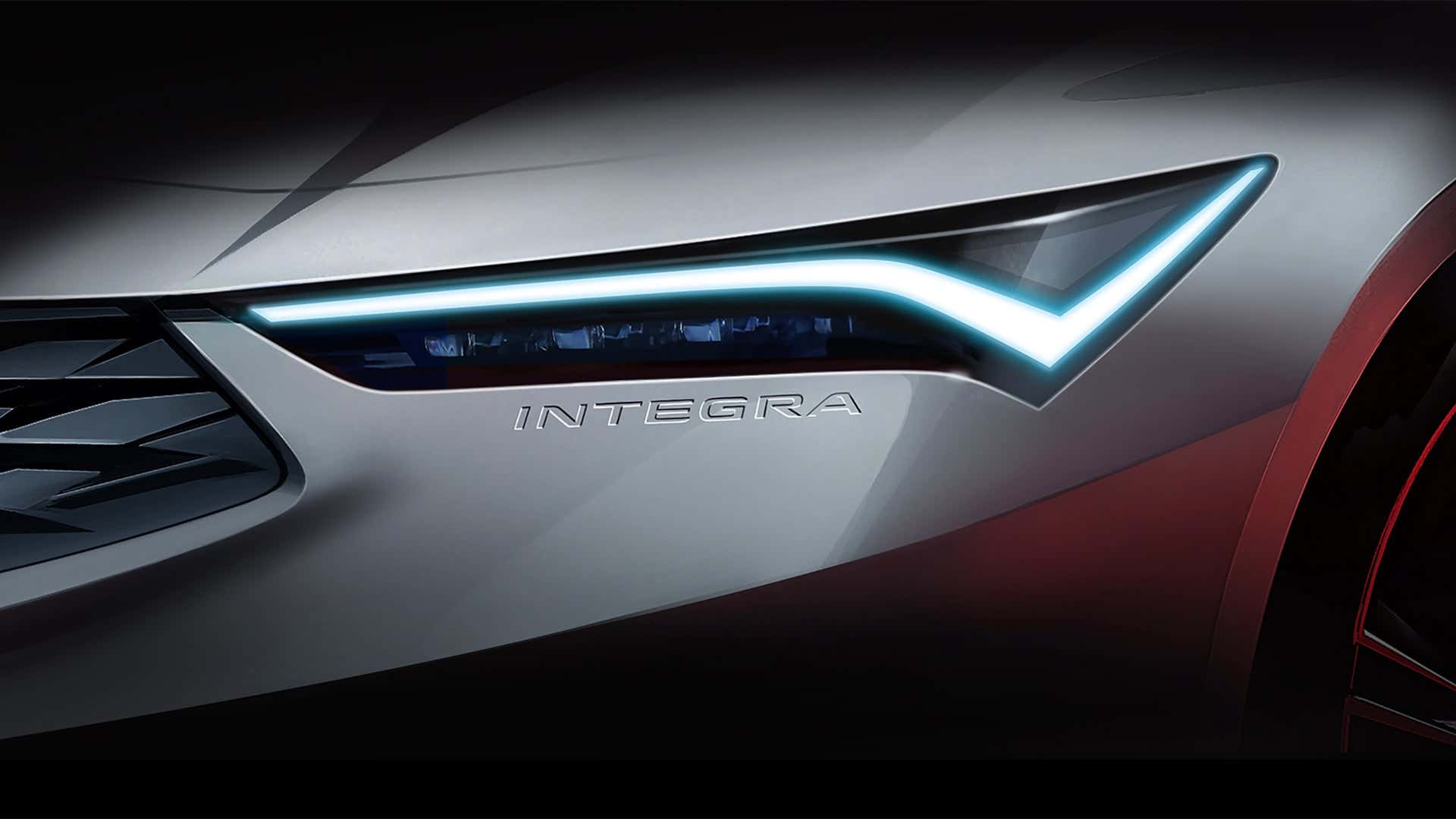