As a barely reformed once-fanboy of Honda and a tragic nostalgist in general, I’m uniquely qualified to write an overtly effusive account of the 15-year-old Acura RSX Type S I just drove. Don’t worry, I took my paper-bag breaths and now I can provide a more realistic rundown. It was great, it wasn’t life-changing, it was a lot of fun, but mostly it was just pleasant.

A few weeks ago, Acura invited us out to the base of Angeles Crest Highway to drive a handful of immaculately kept cars from the company’s private parked stash. The event was held to hype the upcoming TLX Type-S (review coming soon!). One of the automaker’s reps indicated the Integra Type R and RSX Type S were offered up to drive “to get a sense for the differences between Type R and Type S,” which I can parse for you into plain English: Type S is “sport-luxury,” Type R is “hardcore driver’s car.” 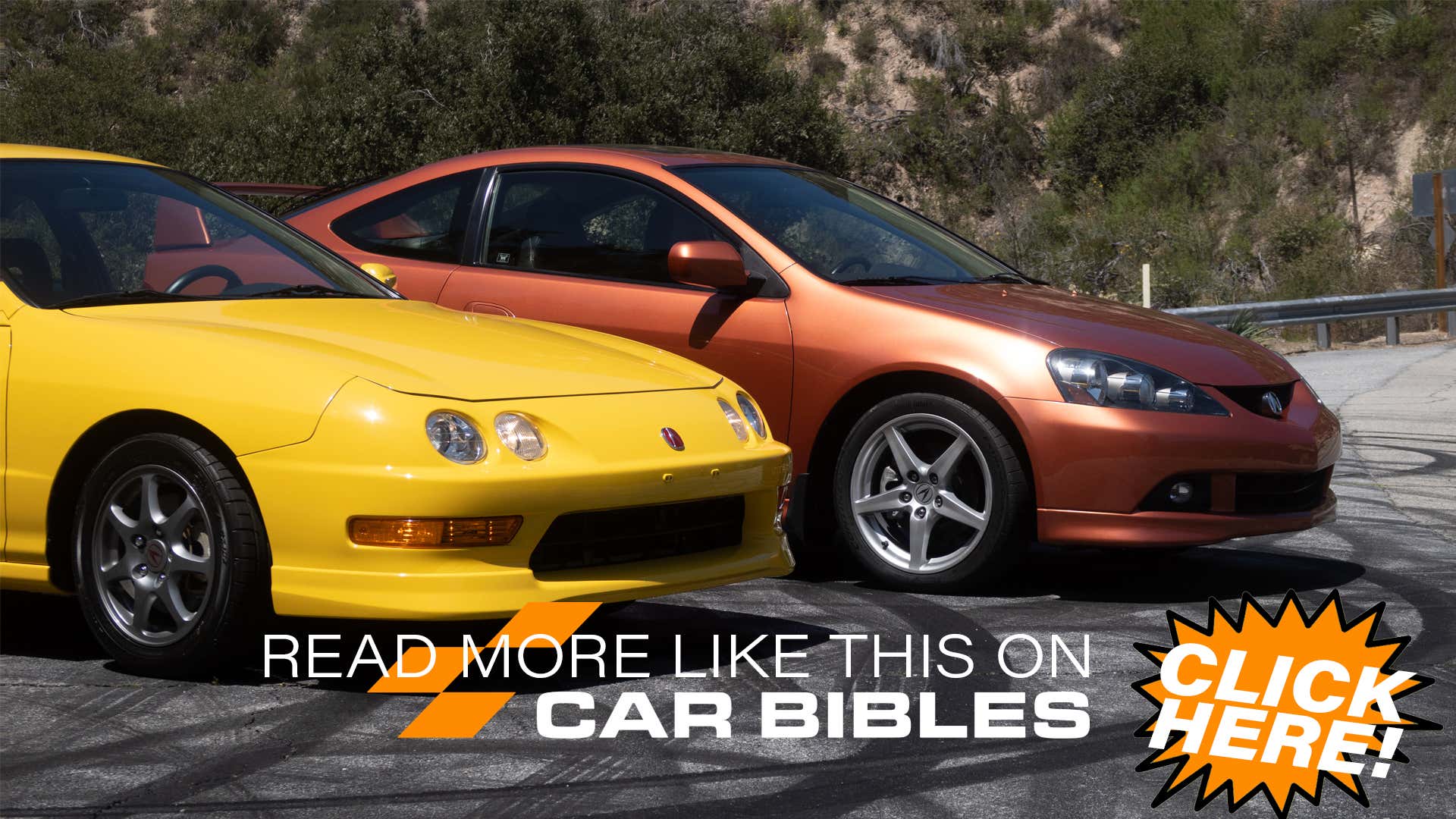 [Andrew is Editor-In-Chief at Car Bibles, a sister site to The Drive that focuses on decoding car culture and providing automotive DIY tips. In fact, we’ve published The Acura RSX Bible here which you’ll dig if you’re into these cars. Or, click here to check out the rest of the site.]

That tracks in the context of today’s Honda/Acura lineup, where the Civic Type R is mean and loud and I guess we can expect the TLX Type S to be smooth and slick.

A stock Integra Type R in great condition is still a lot of fun to drive today; it’s noisy, it feels light, the shifter’s very satisfying to operate. I know it’s a cliche, but mechanical simplicity really does increase the engagement and satisfaction driving provides. When you hit the gas pedal in a new car, you’re effectively pushing a button and the car’s computer is applying the amount of power it thinks you want based on a broad range of data inputs. When you step on the gas with a car like the yellow Integra you’re looking at pictures of here, your foot is pushing a lever that pulls a cable that physically opens the engine’s nostril. You’re quite literally feeling the car function and it’s glorious. 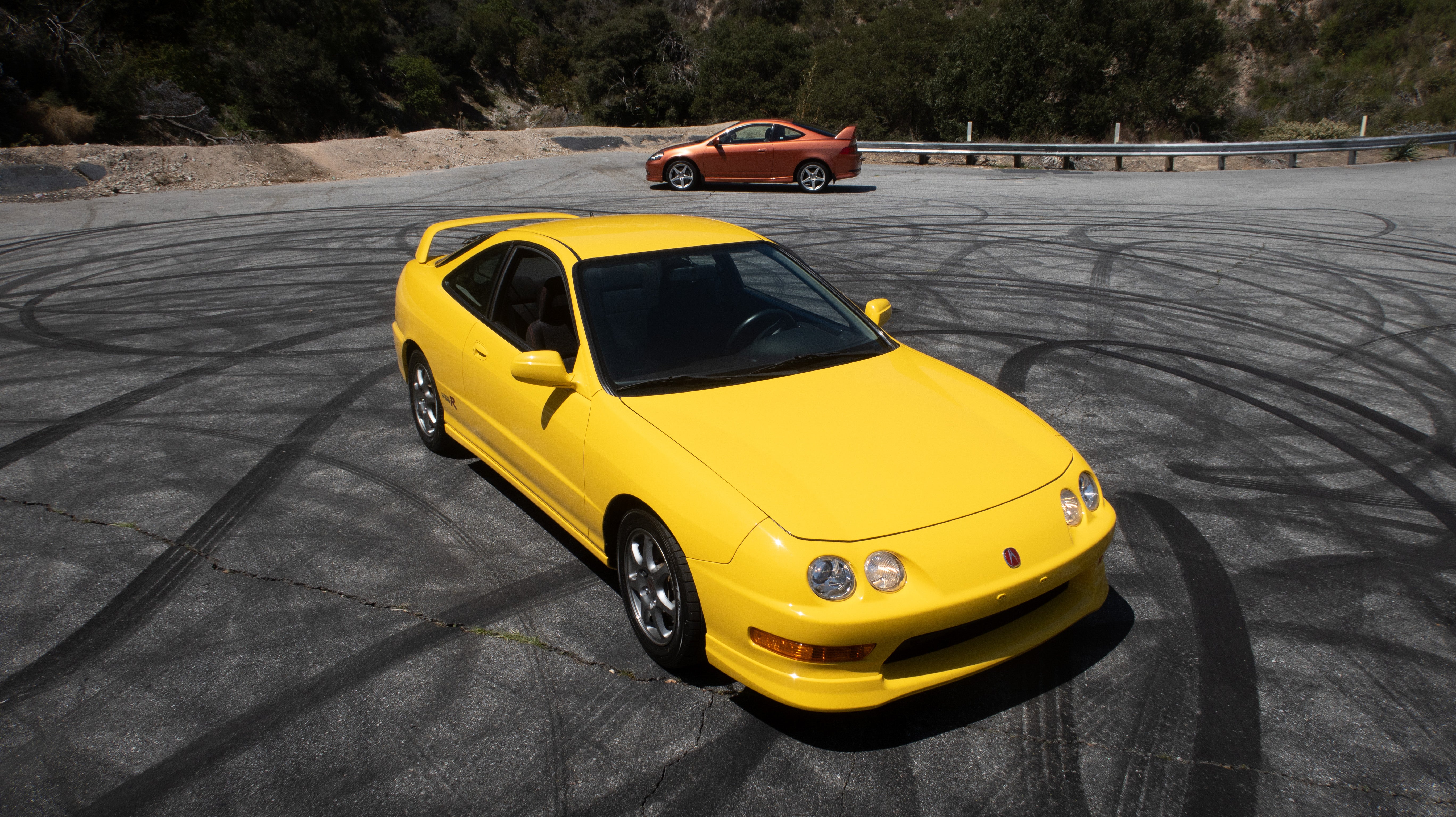 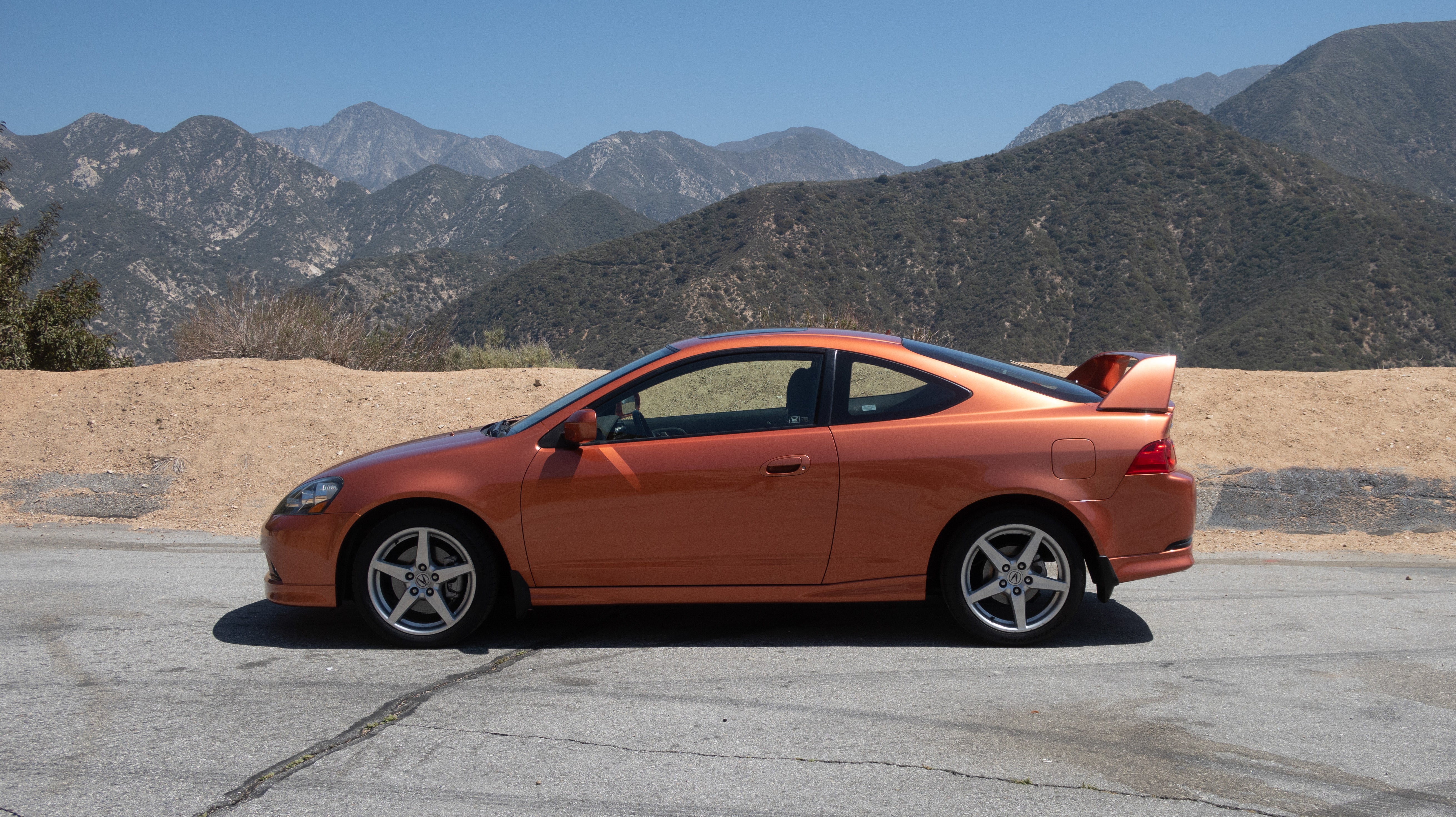 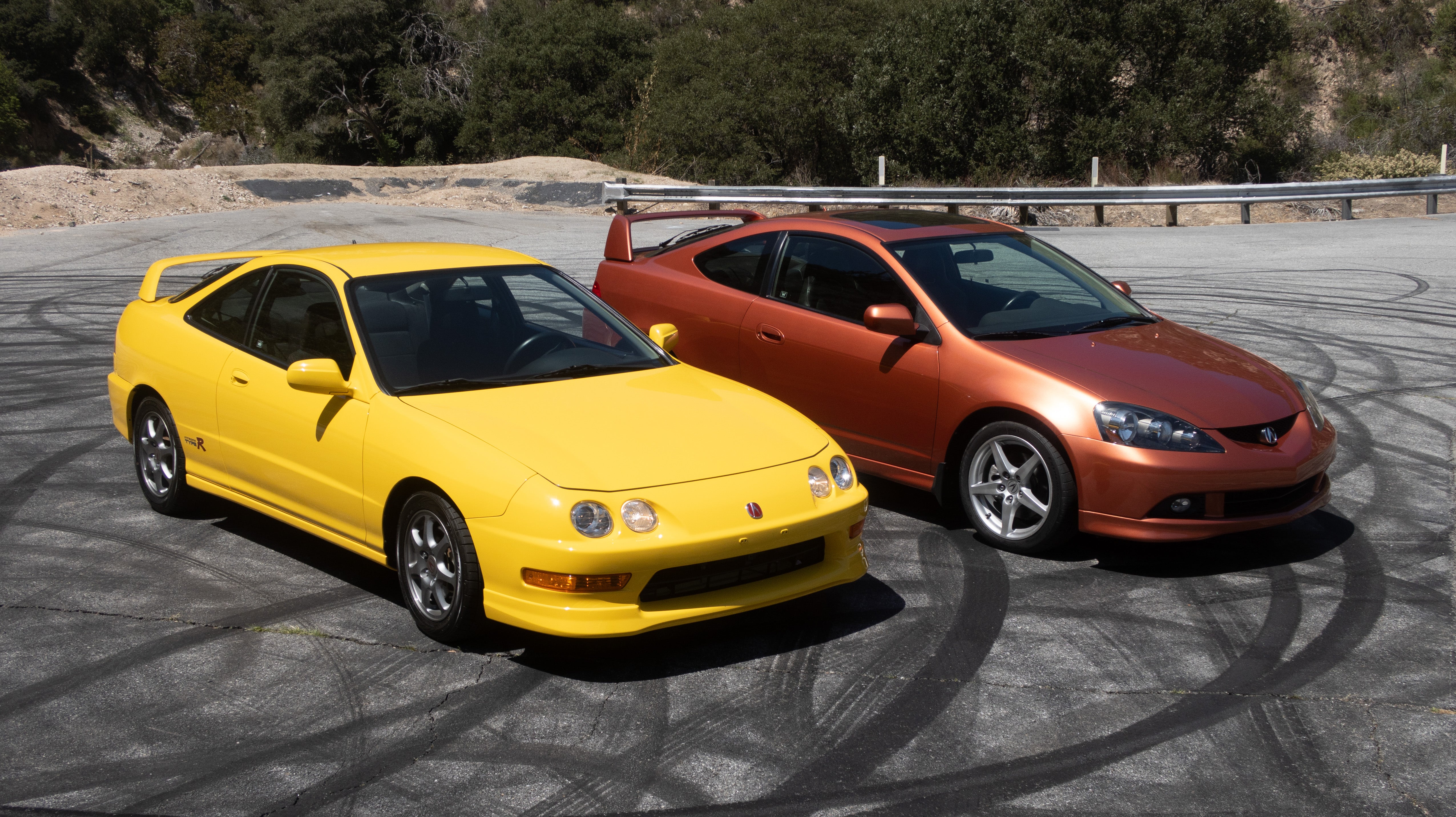 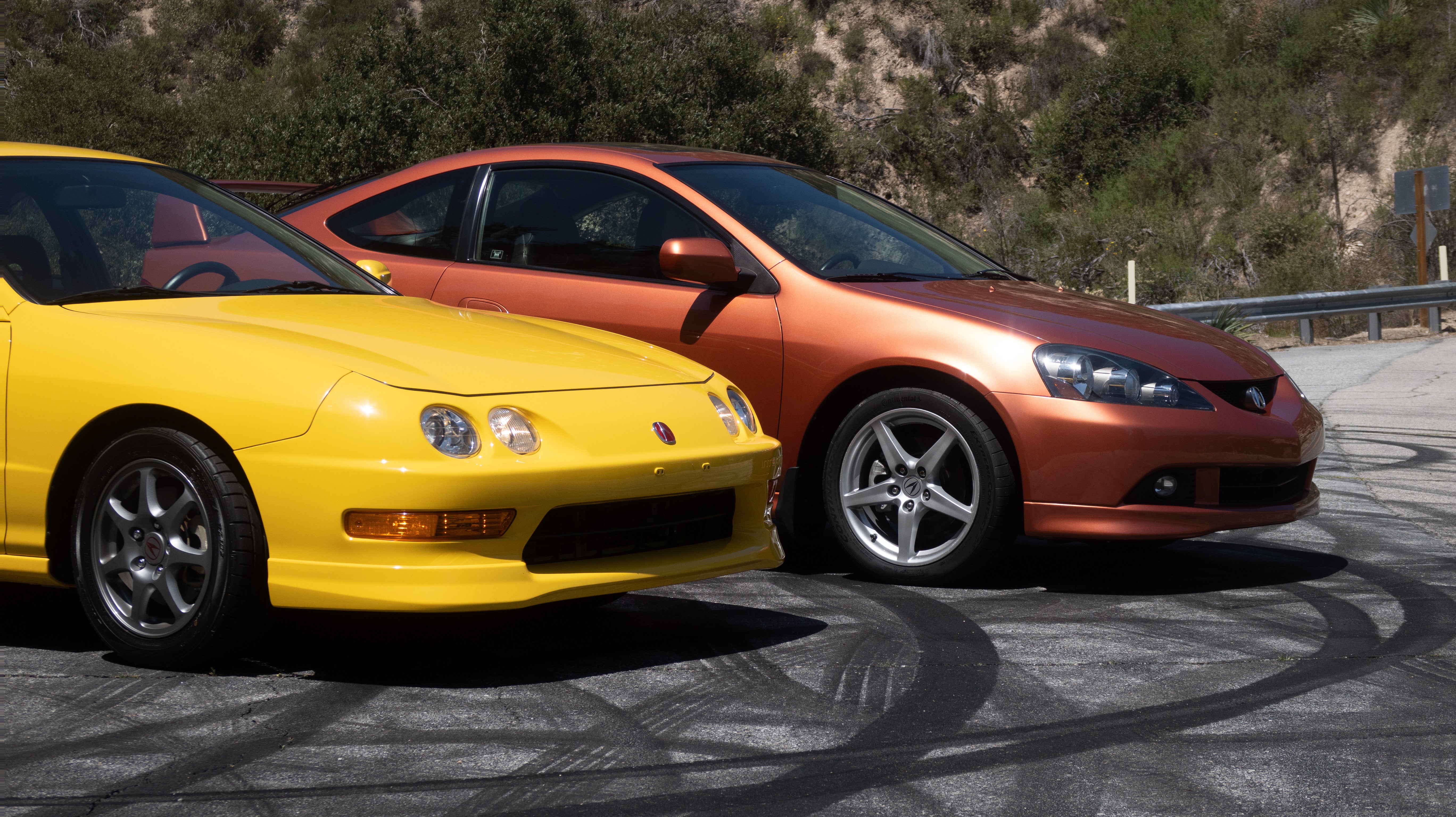 But it’s not particularly fast compared to today’s cars. It’s also a little rough. Did I mention the noisiness? The 1.8-liter B Series engine claims about 200 horsepower—remarkable volumetric efficiency even by modern standards—but you pretty much need to run the tachometer deep into the 8,000 rpm neighborhood to wake those horses up. And the doors, seats, and dashboard are all pretty lean in the pursuit of saving weight. 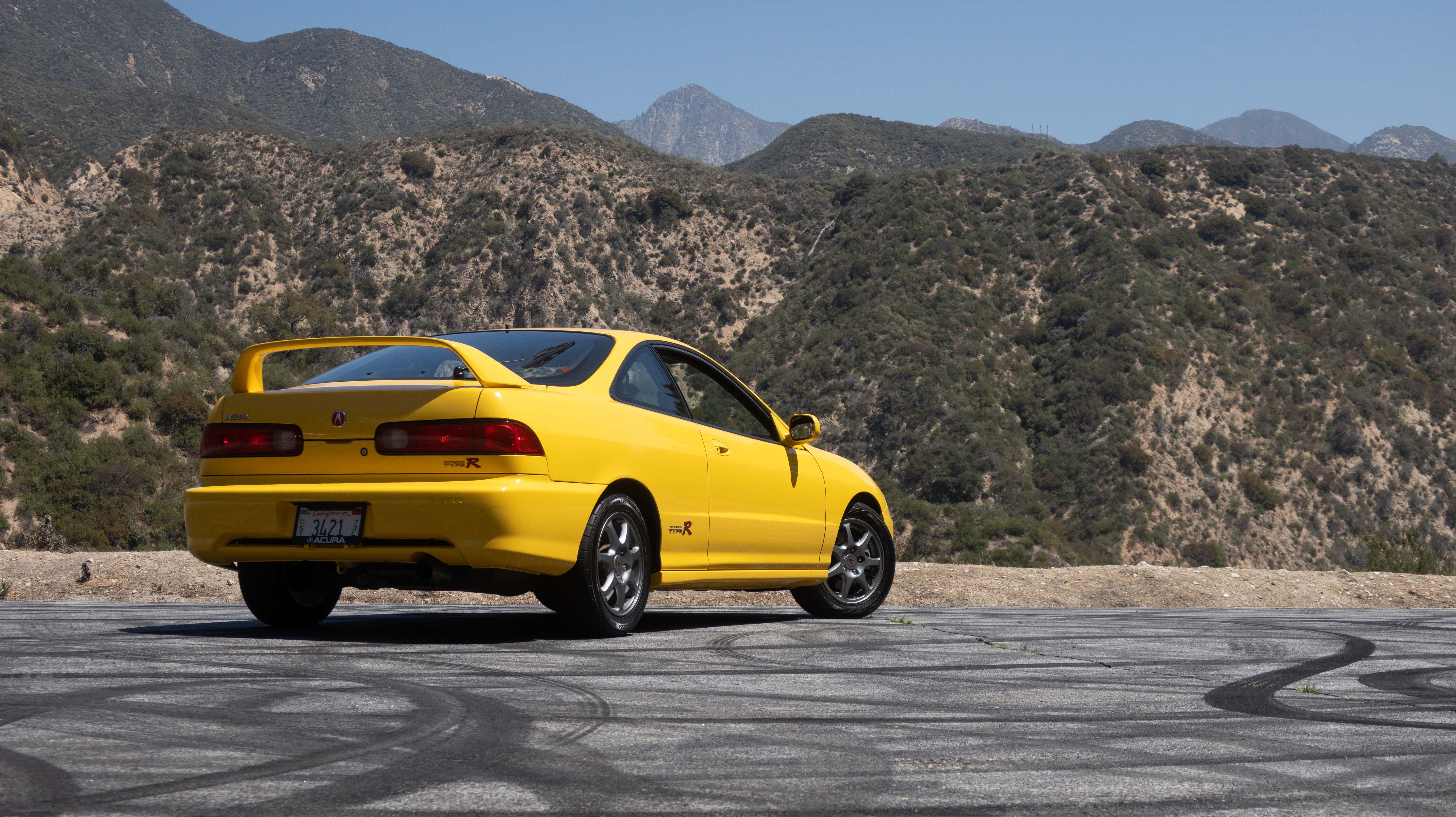 All this is to say: The Integra Type R is an experience. But not one that most modern motorists, even most driving enthusiasts, are going to want to endure for hours on end anymore.

The RSX Type S doesn’t have the ITR’s intensity, but it does have robust seat bolsters and a much more palpable supply of low-end power. 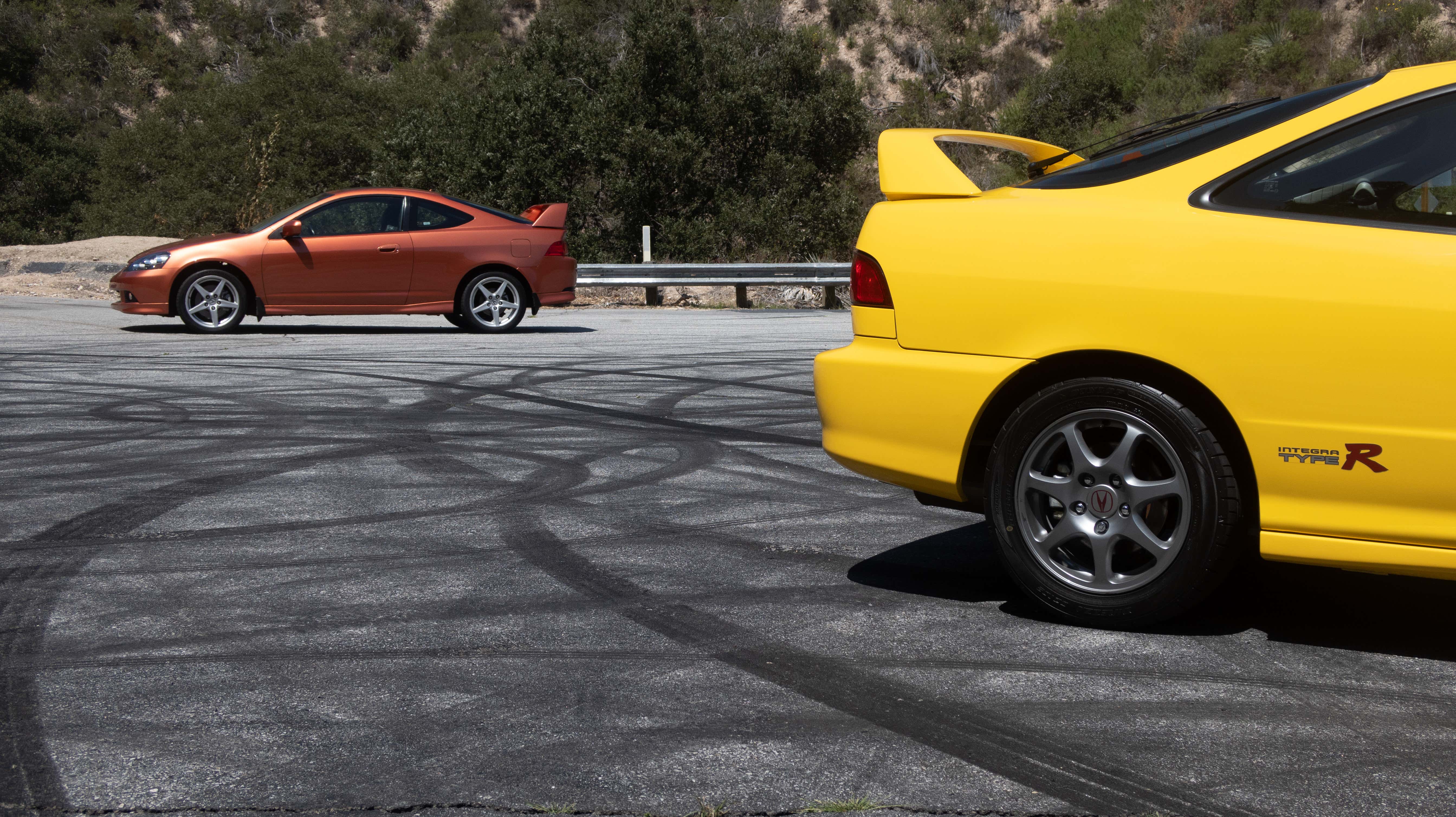 In the early 2000s, when the RSX had freshly displaced the beloved Integra in Acura’s sport/compact/lux lineup, I bet it felt like a cocoon of coddling compared to the outgoing car. Today in 2021, the RSX still feels pretty raw… even a Civic now is drastically heavier, more insulated, and further digitized by comparison. So in the context of modern times, the Integra definitely has more inherent coolness thanks to its historical significance and simplicity, but the RSX Type S is nicer to drive.

The RSX’s K Series i-VTEC inline-four barely has more max torque than the Integra’s B motor. But in my brief test loop up Angeles Crest, the RSX felt a lot more willing to whisk me ahead than my experiences in ITRs. The RSX’s tiny steering wheel and white gauge faces also felt a little more distinctive, more dramatic even, than the Integra’s aggressively bland driver information center. 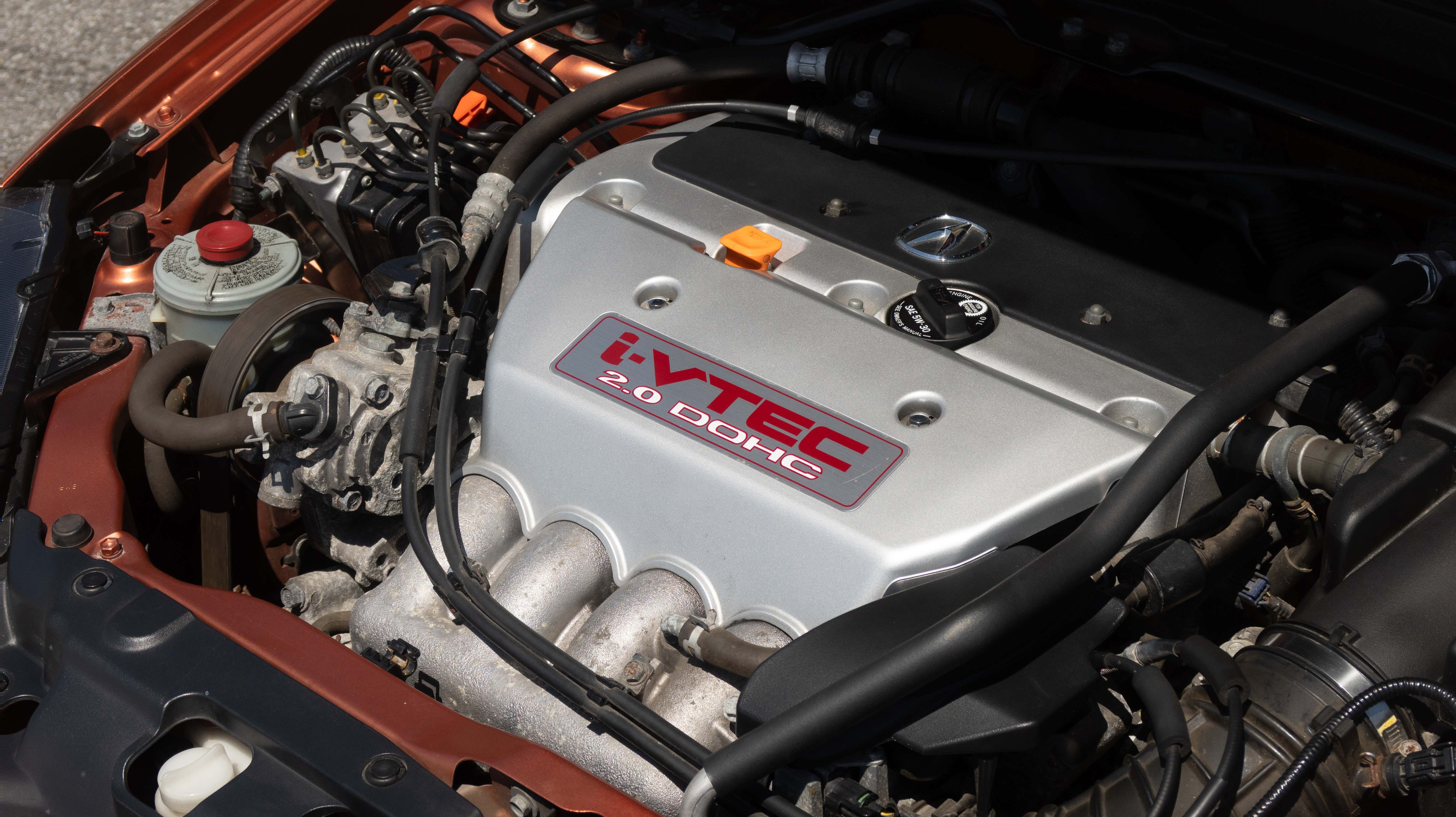 Driving an Integra Type R is always memorable, but the RSX Type S felt a tiny bit faster and a lot more comfortable while still swelling my nostalgia gland in a majorly enjoyable way.

Hustling the RSX S’s weird copper-colored (Blaze Orange Metallic) sheetmetal up and down a mountain road, I wasn’t thinking about tuner cars or mods I’d like to do to the car. I was just loving riding the throttle into the floormat, hearing VTEC uncork as the tach needle made its way to the stratosphere, and then shifting. Then leaning into the brake, blipping the throttle to downshift before a turn, horizontally slingshotting and repeating the process all over. 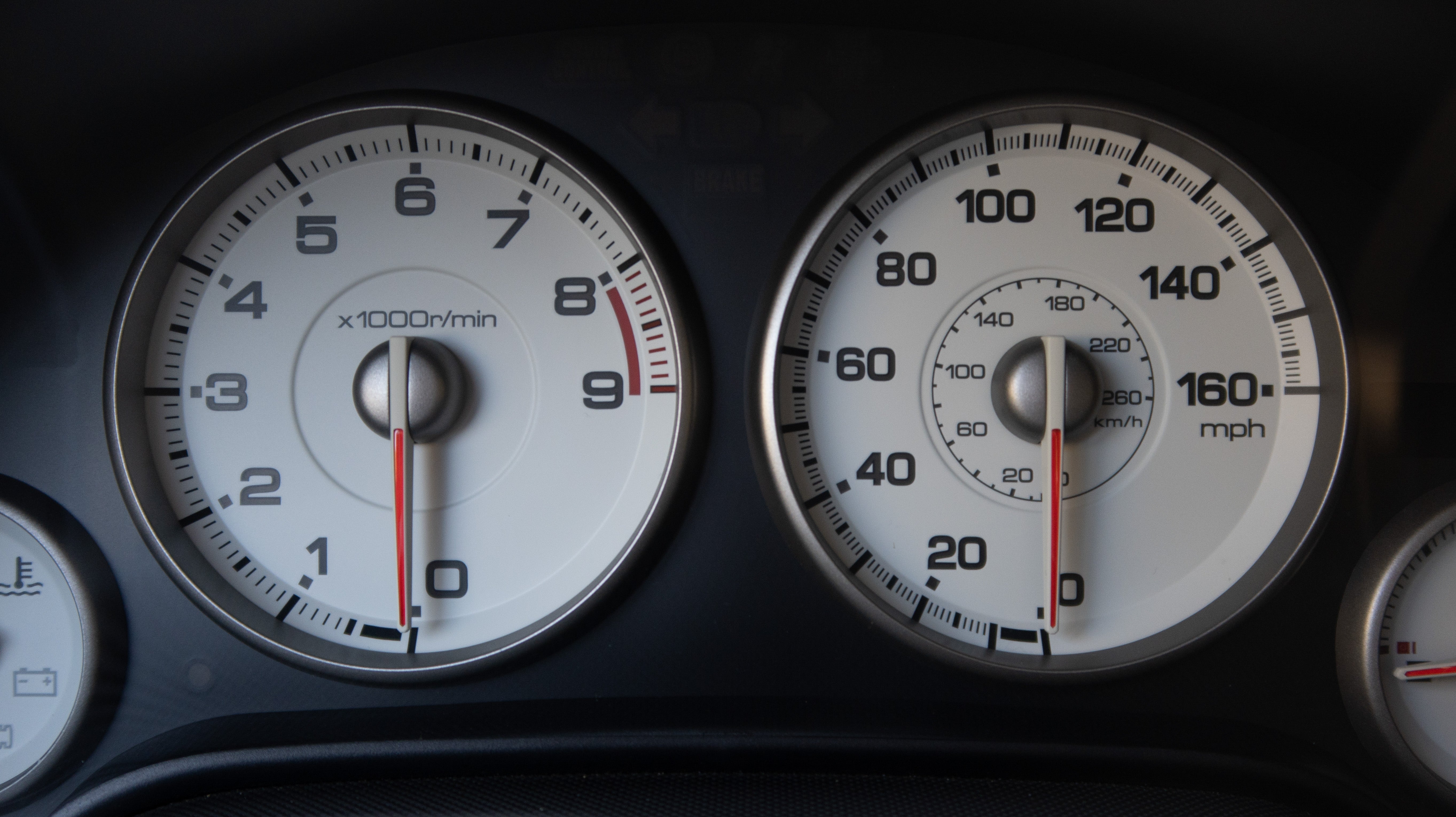 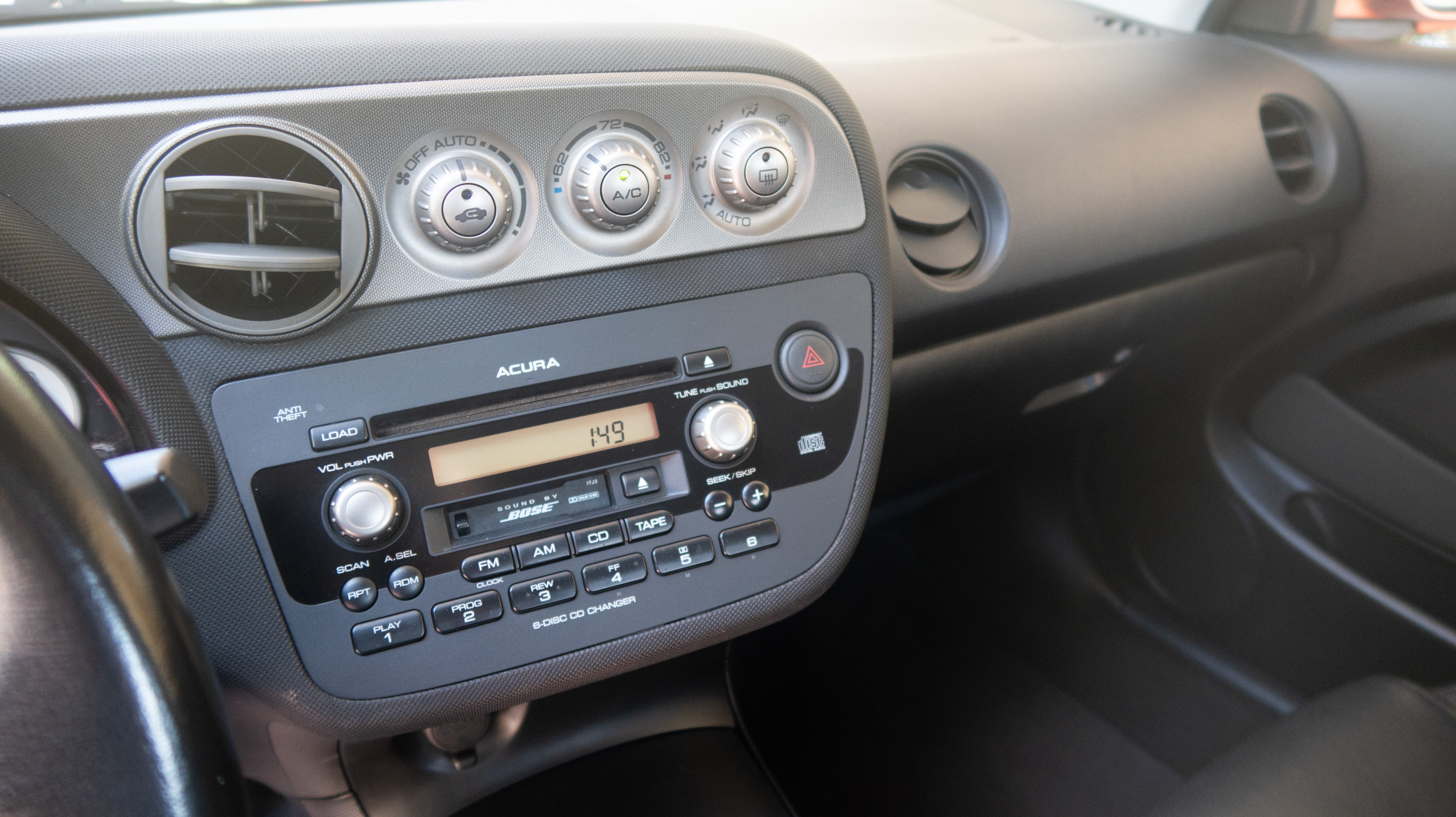 I know I promised I wouldn’t melt into a pathetic puddle of nostalgia recalling my encounter with this car, but the mid-2000s really were a great era for automotive technology from a driving fan’s perspective. Brakes were good but traction control wasn’t widely implemented. No electronic functions were automatic, but everything was reliable. Sport compact cars still made you work hard to go fast, but they rewarded you with a lot of confidence and comfort at the same time.

A well-kept RSX Type S embodies all of that perfectly, and if you’re lucky enough to own one of these, enjoy it and take care of it!

Car Bibles is a sister site to The Drive that focuses on decoding car culture and DIY car owner tips that are fun to read. You’ll see more stories like this over there and there’s fresh material every day. Click here to check it out! We’ll do one more plug for The Acura RSX Bible too, in case you read this far and want to do a deep-dive of this car on your own. 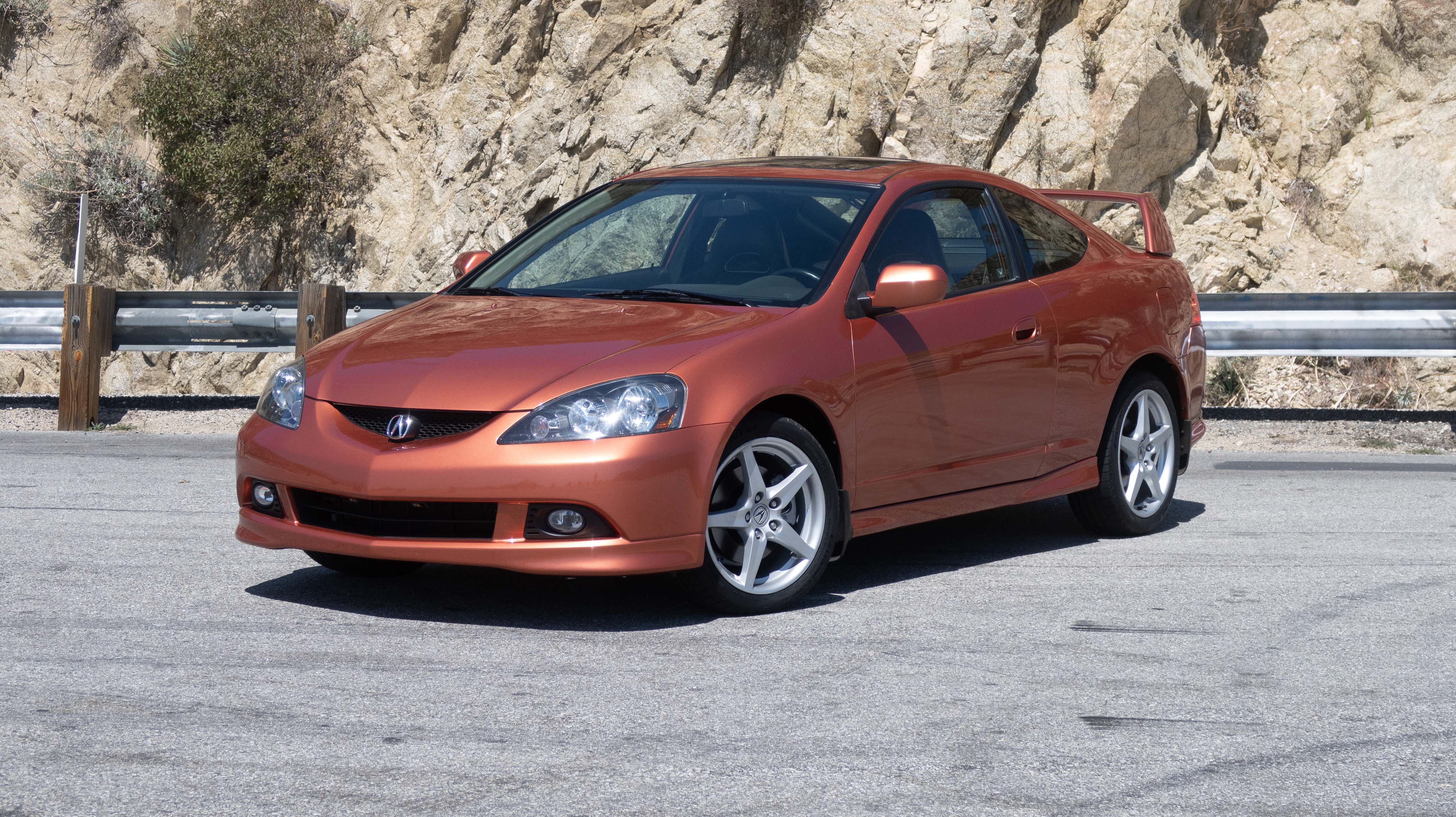 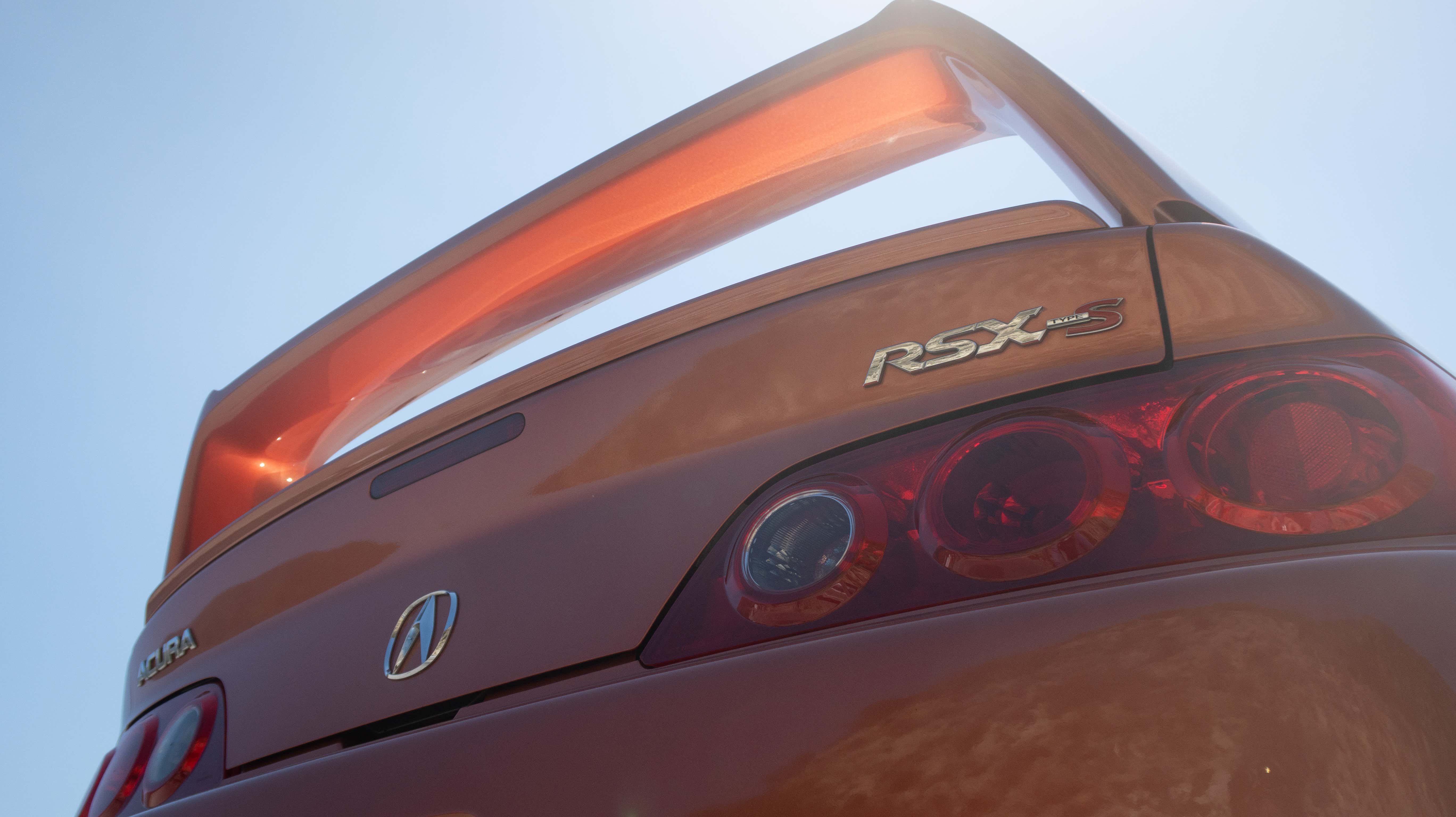 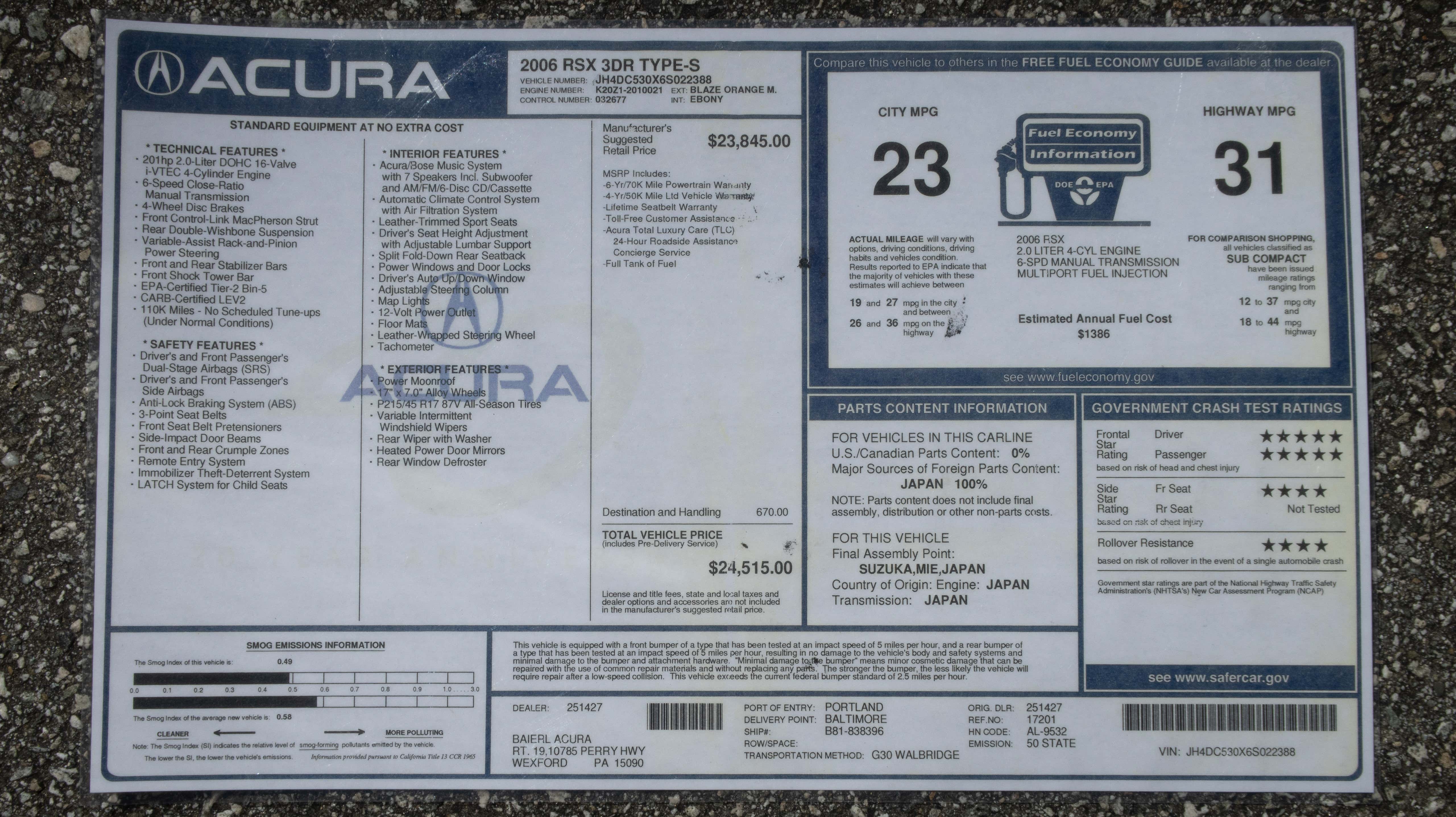