Reportedly built to FIA standards, the Bugatti Bolide is the ultimate conceptual representation of the brand’s W16 quad-turbo powertrain, so far spawning a functional prototype that suggests astonishing performance on the track, at least according to Bugatti’s computer simulations. A total of 1,825 horsepower on race gas for a top speed past 310 mph, a 5:23.1 lap around the Nürburgring, and nearly 4,000 pounds of downforce over the rear axle at 200 miles per hour. Bugatti has yet to prove any of these figures in the real world, yet the Bolide’s no-nonsense design shows a lot of promise even when standing still. It’s pretty much every car designer’s dream, and for 27-year-old former intern Nils Sajonz, that opportunity came fairly early.

But what does famous supercar designer Frank Stephenson think about it?

Working with a team, Stephenson designed at least three iconic supercars: the Maserati MC12 based on the Ferrari Enzo, the Ferrari F430 based on the 360’s platform, and the McLaren P1, the first hybrid hypercar from Woking packing nearly one thousand horsepower. When it comes to the Bolide, a car which in his view may not be feasible for even limited production, Stephenson is just over the moon with Bugatti’s purposeful execution. 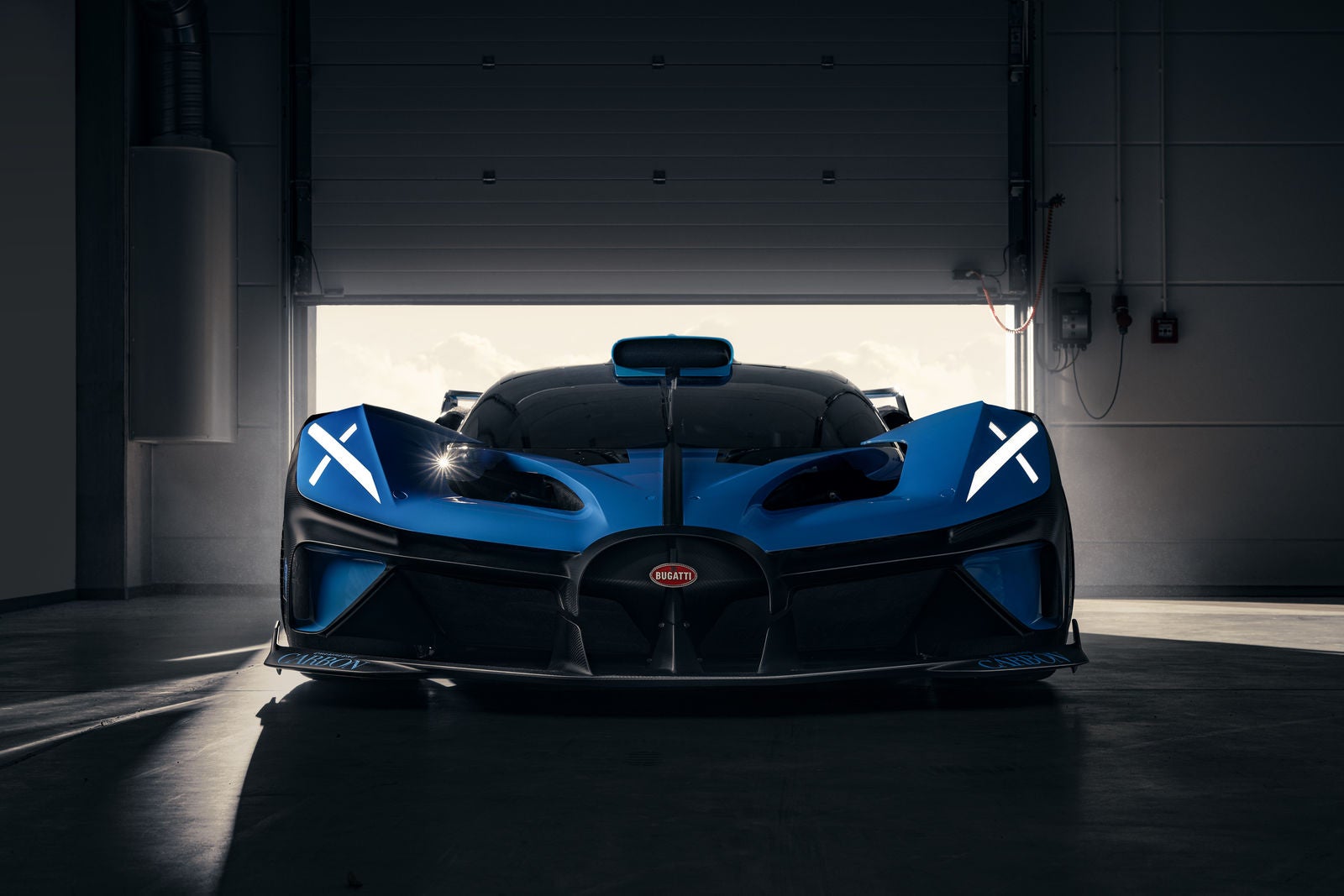 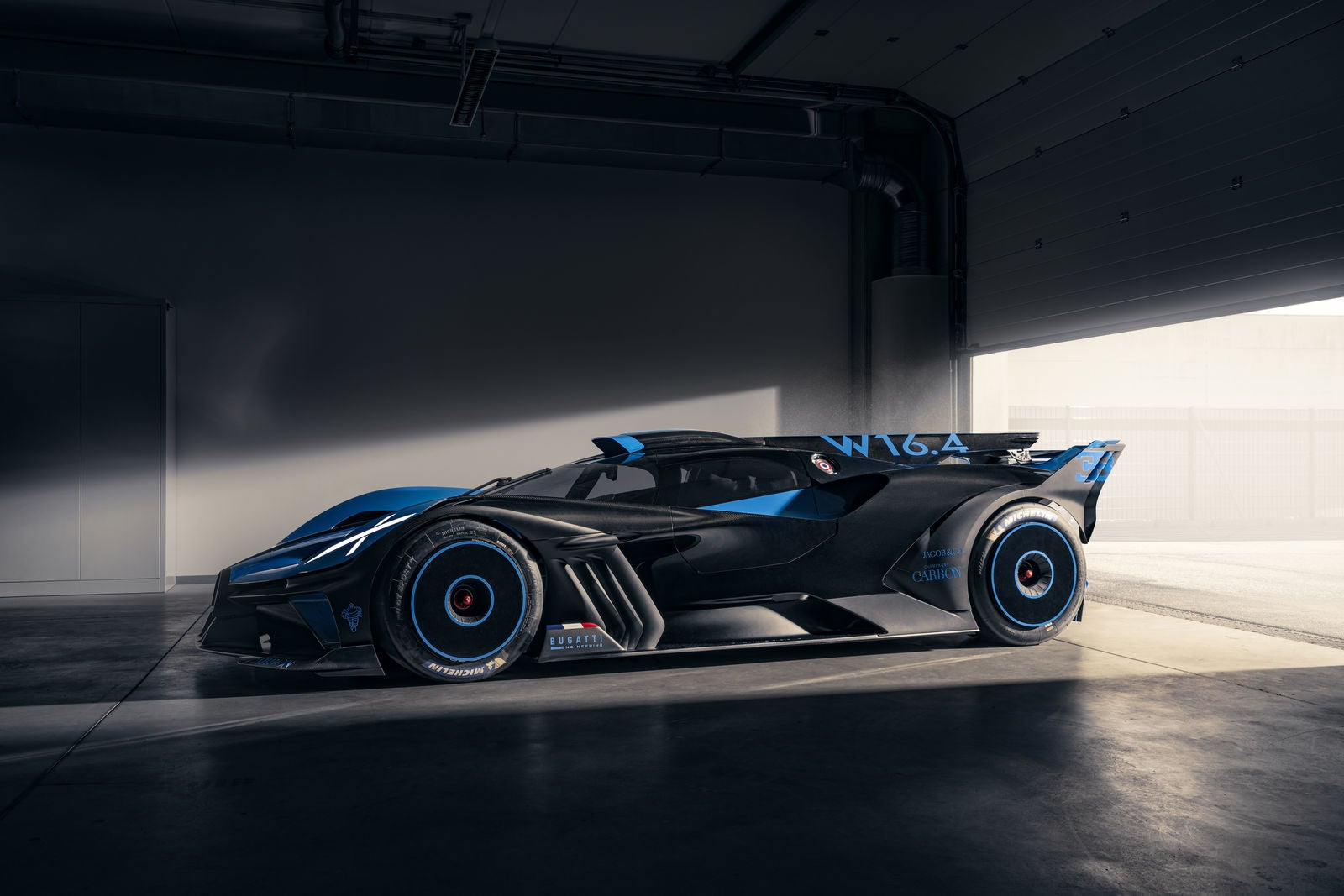 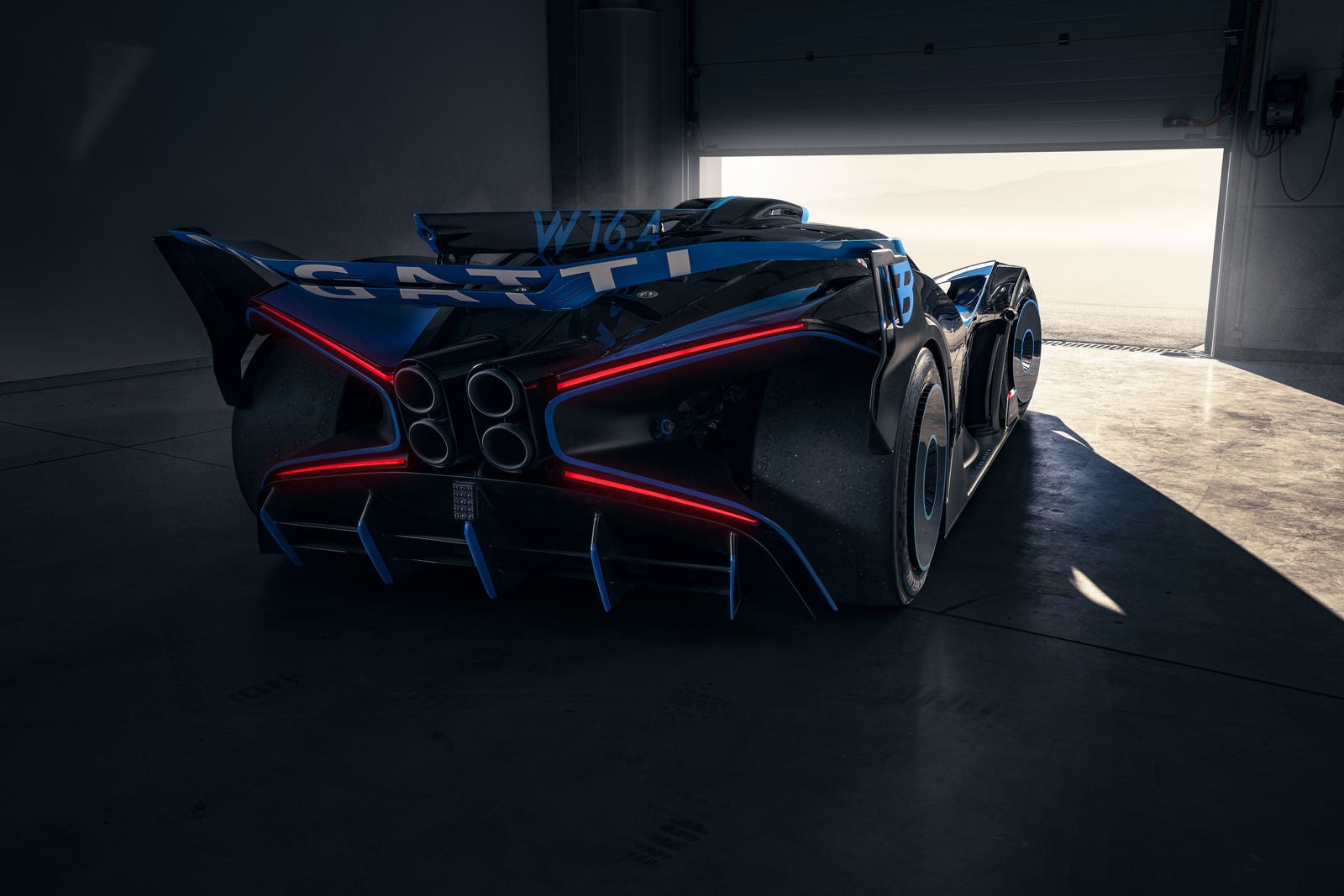 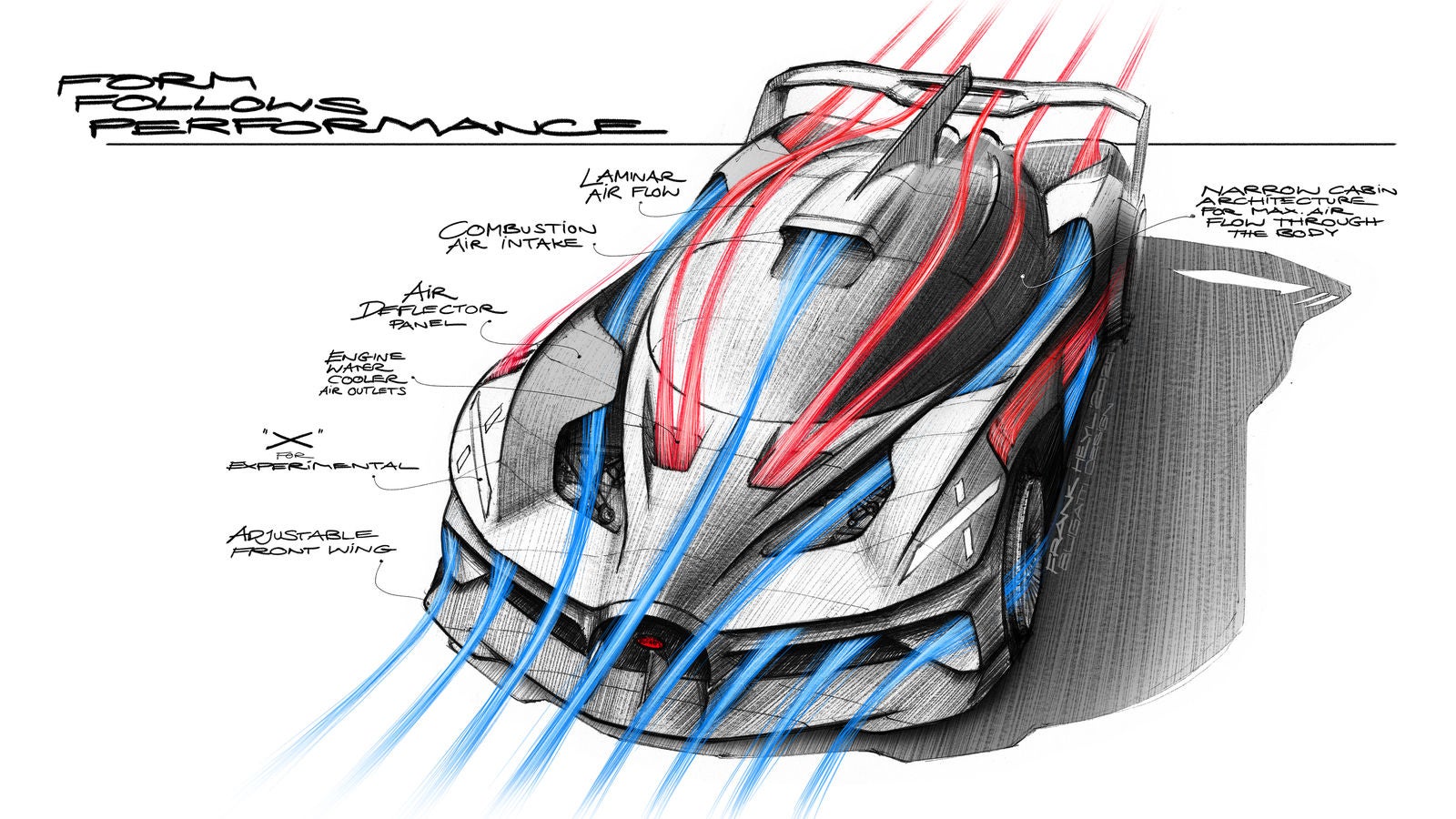 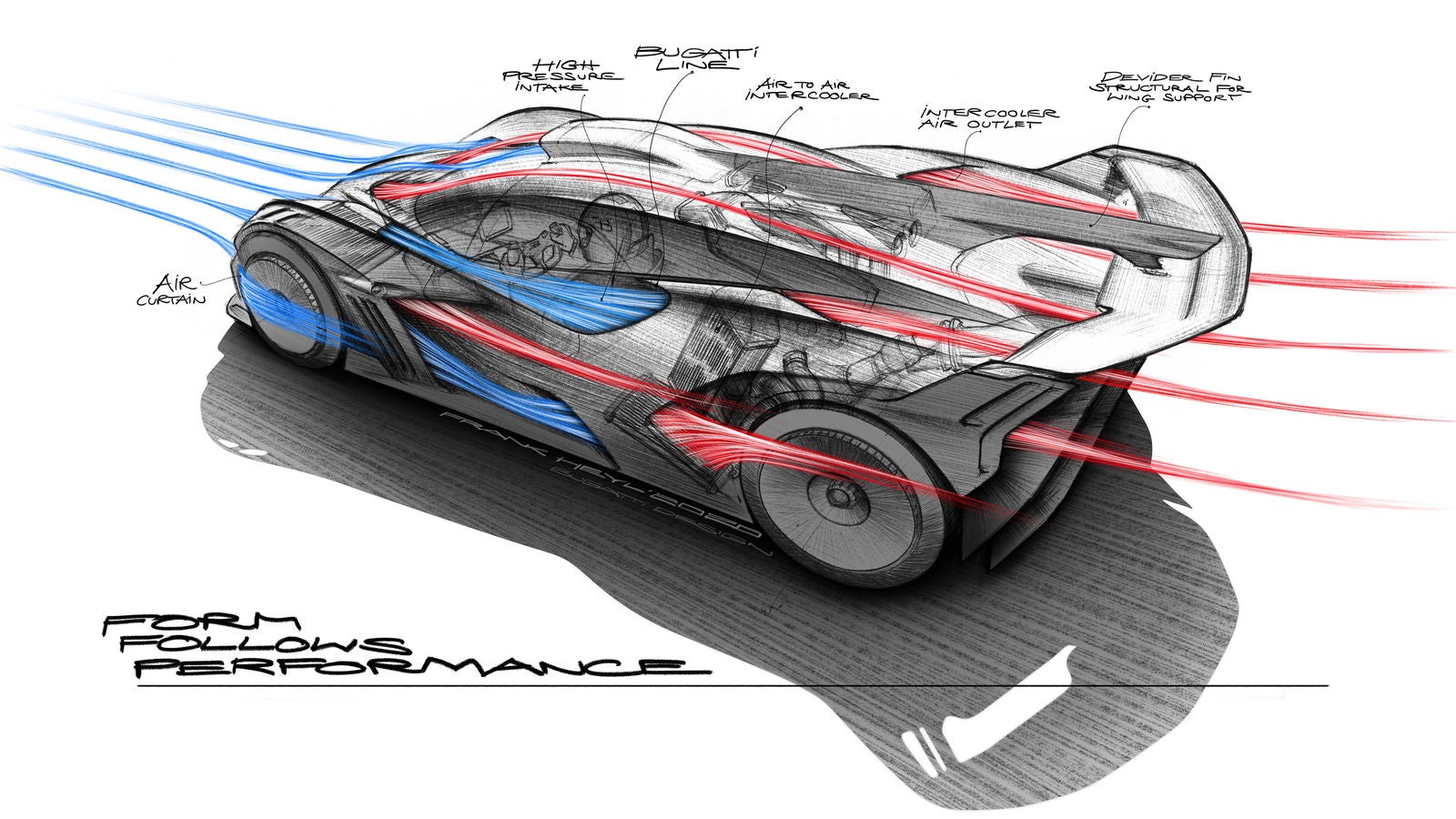 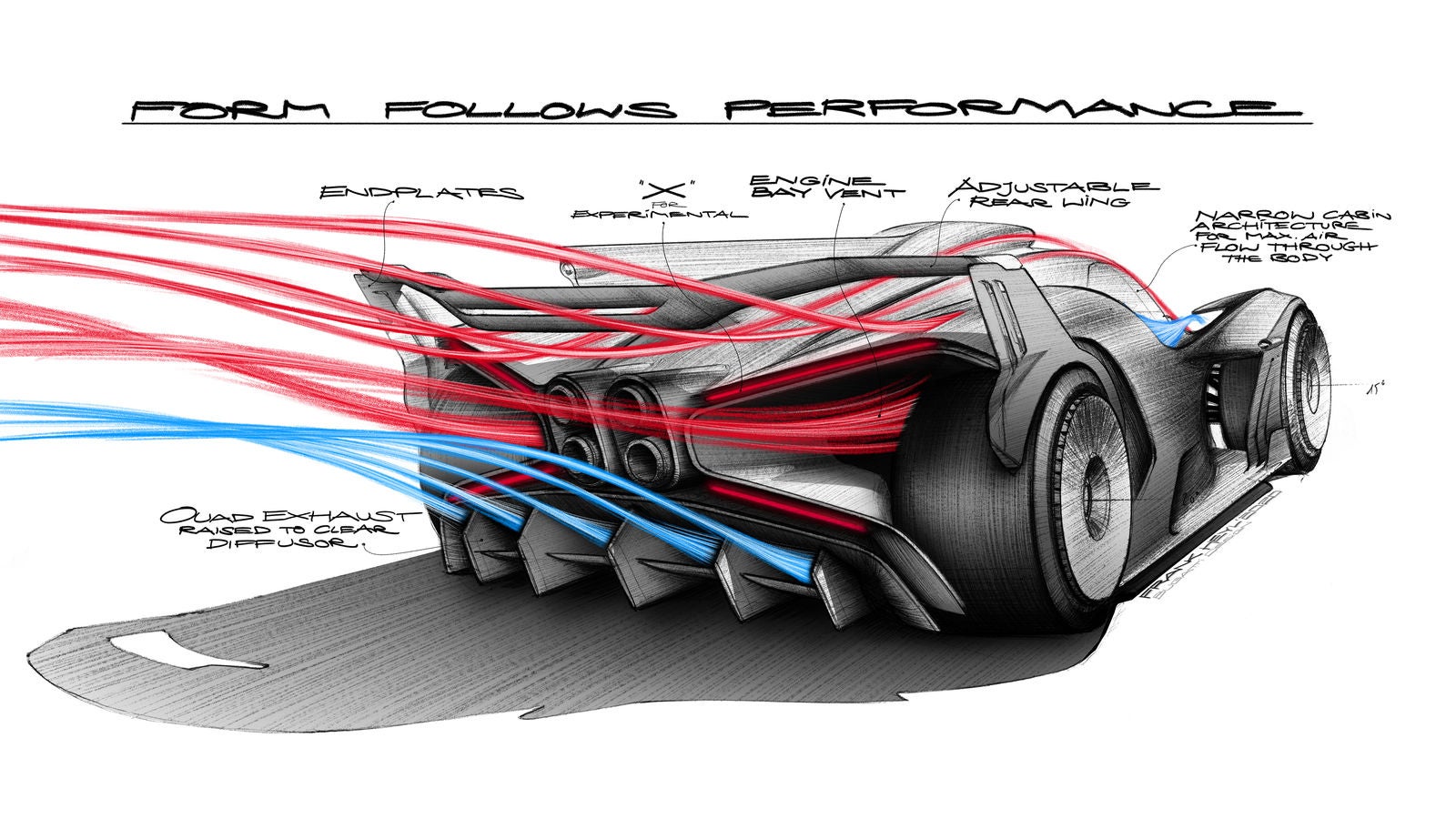 The thing about Bugatti is that instead of a rather flexible electric powertrain, what they have is an 8.0-liter combustion engine with 16 cylinders, four turbos, and a combined weight of 1,234 pounds in a Chiron, including the double-clutch transmission. To build a car around this unit showing (an estimated) weight figure of just 2,733 pounds, Bugatti had to take a good look at what sort of complex body panels were made possible by the carbon fiber construction, and then strip away most of the negative surfaces to shred weight, thus exposing the chassis while channeling air through the doors for maximum efficiency. 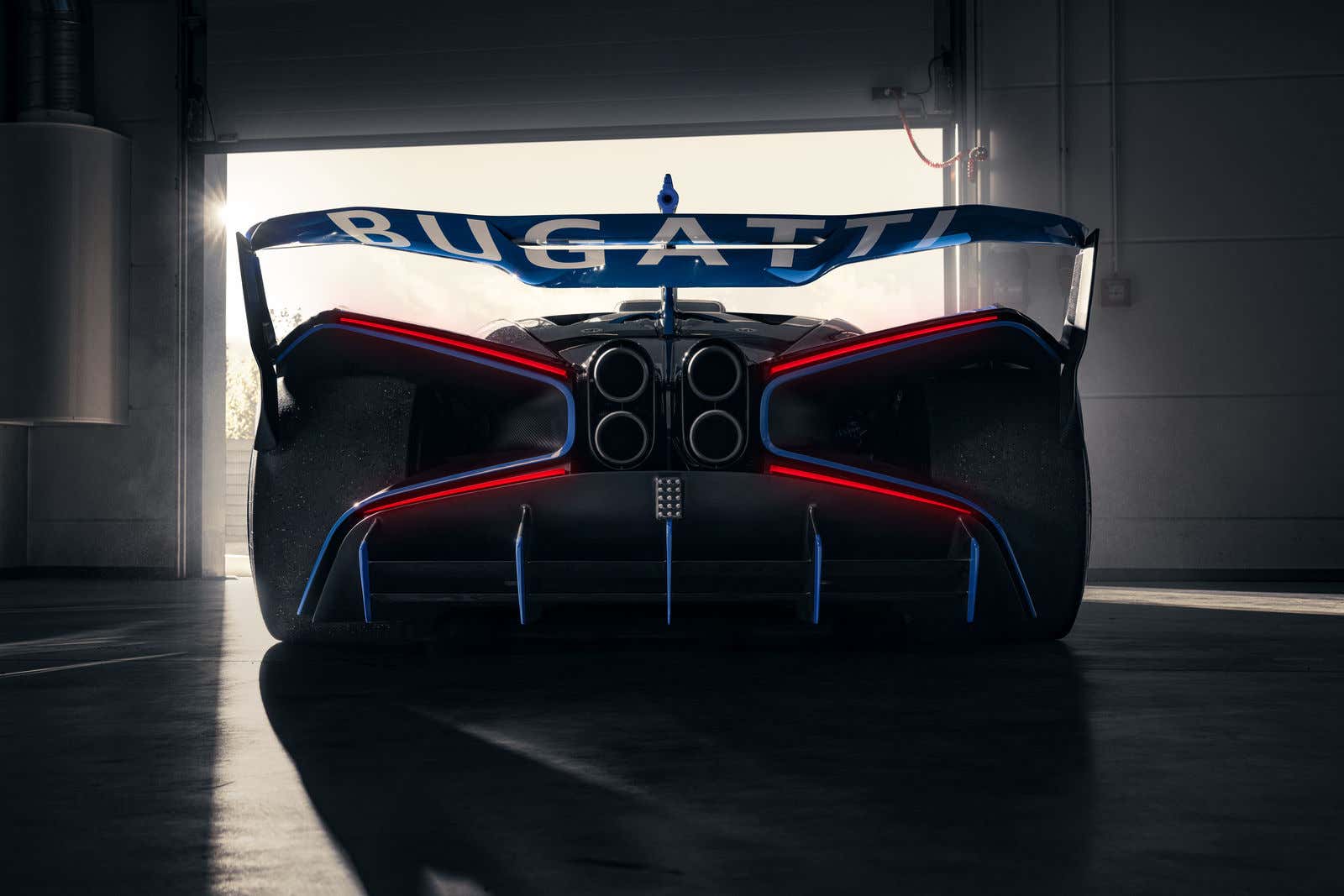 With its active ram-air intake and massive slick tires, it’s hard to look at the Bolide as anything less than a two-seater Le Mans prototype. The closest thing the Volkswagen Group will get to that anytime soon is with Porsche’s upcoming top-level IMSA car built to LMDh specifications, yet it will be interesting to see if there’s a price tag reasonable enough that could turn the Bolide into Bugatti’s ultimate track toy.

Either way, good luck to all who intend to build a replica of this one at home. As Frank Stephenson explains, this design is an outstanding evolution of a formerly digital Gran Turismo concept, as well as the ultimate testbed for future technologies, such as a W16 combustion engine originating from the 1999 Bentley Hunaudières concept.

Got a tip on design, Bugattis, or W16 maintenance? Send us a note: [email protected]