Way before the Internet made learning about new products easy for the masses, dealerships received VHS tapes to train them on upcoming models. Now, these are fascinating time capsules as to how manufacturers positioned their own products—their hopes, their dreams and most importantly, their target customers. Perhaps the most optimistic one I’ve ever seen is this series of tapes for Chrysler’s TC by Maserati, a legendarily costly sales flop.

The dealership VHS describes it as “a luxury sport coupe whose stunning style is hand-hewn by Maserati coachworkers.” To everyone else, it looked all too much like a bargain-basement Chrysler LeBaron, and even though it was mechanically different and rode on an entirely different platform, few were willing to pay the extra premium to get a few extra Maserati trident logos and a leather interior that would make Ricardo Montalbán blush with envy. 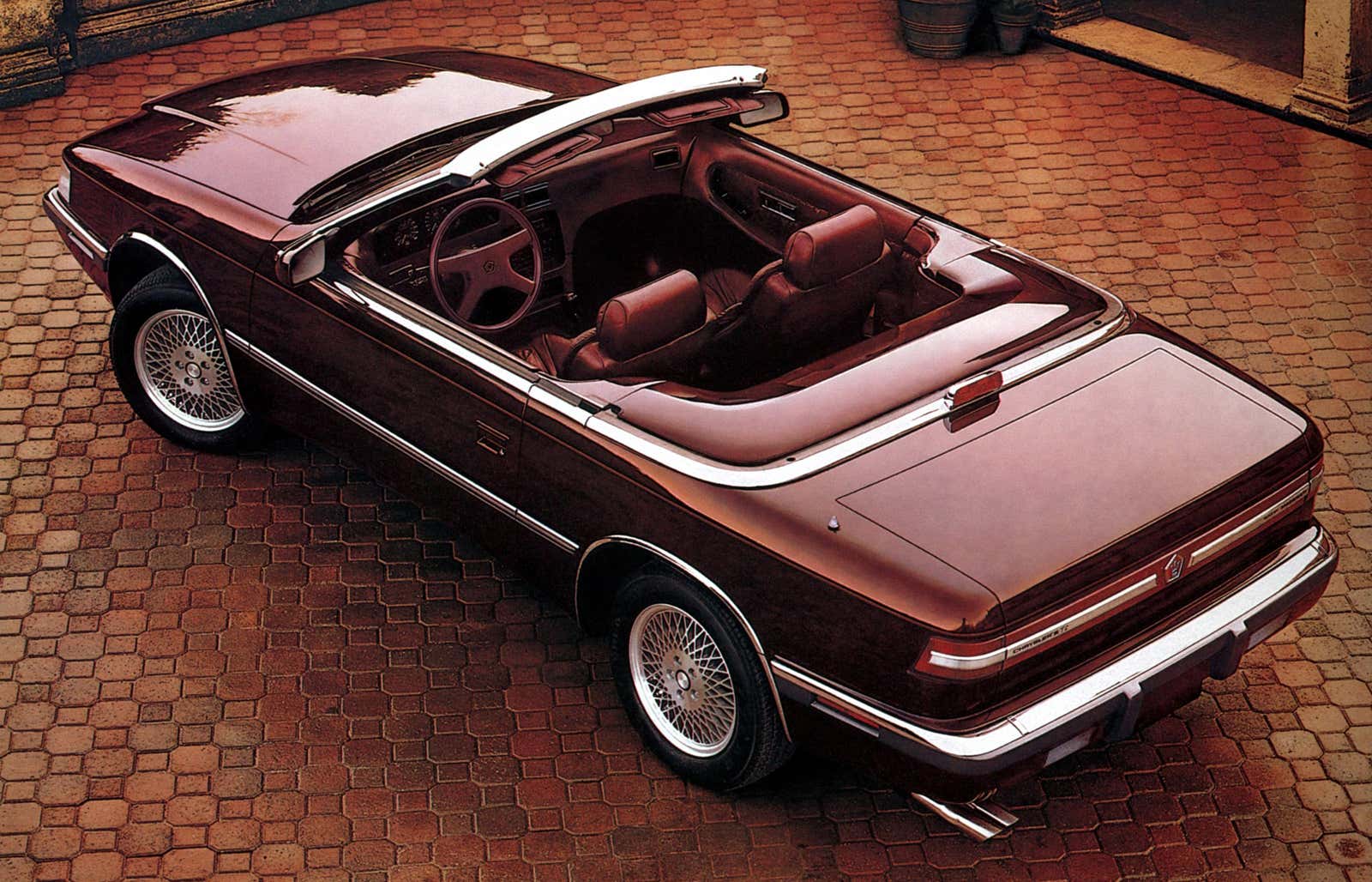 “It is not a sporty car. It’s not overly luxurious. It doesn’t have any outstanding engine, transmission, features or styling. It was fairly expensive, and it just didn’t sell well at all, particularly because you could get a LeBaron with most of the same features minus the Italian leather on the inside and the convertible hard top for about half the cost.”

The combination of questionable Italian-American build quality plus Iacocca-era Chrysler frugality made a car that was largely considered the worst of all worlds. The TC may not have been a J-body like the LeBarons, but it was riding on a shortened version of the downmarket Dodge Daytona chassis.

TC stood for “Turbo Coupe,” but its initial base turbocharged engine was the Turbo II shared with—you guessed it—the LeBaron and Daytona. The 2.2-liter Turbo II design was reworked with a Cosworth 16-valve head, forged pistons, an upgraded turbocharger and Maserati-built camshafts in its pricier “Maserati engine” guise, but Concours d’Lemons’ review notes that only 500 cars with those engines were made. While that special, uh, -ish engine was paired to a five-speed Getrag manual transmission, the end result was still nothing particularly exciting.

Bonus: since many of the “Maserati engine” parts were just different enough, ouch. From one rare weirdo car owner to another, I can only offer my thoughts and prayers in regards to your parts availability. Later TCs could get a six-cylinder non-turbo engine—out of a Mitsubishi.

None of this deterred the eternal optimism of this dealership VHS. No, sir. Chrysler described the TC by Maserati as a yuppie-baiting luxury grand tourer with standard anti-lock brakes, an elegant removable hardtop with a Maserati trident-emblazoned opera window and a host of other unique features. “Chrysler’s TC by Maserati offers an unmatched level of luxury!” said the dealership VHS’s narrator. “It can be seen, felt and even smelled in the hand-stitched soft Italian leather throughout the interior.” It was billed as “the most exclusive product ever offered by Chrysler Corporation dealers” even though this Italo-parts-bin special had nothing on the pure swank of an old Imperial.

It was more expensive, though, as the VHS narrator explained:

“The TC carries a price tag higher than any other car Chrysler has ever sold. This plus the connection with Maserati means that the typical TC customer is not the same person as the typical Chrysler, Plymouth or Dodge customer. TC owners will expect special consideration and special handling to be satisfied.” 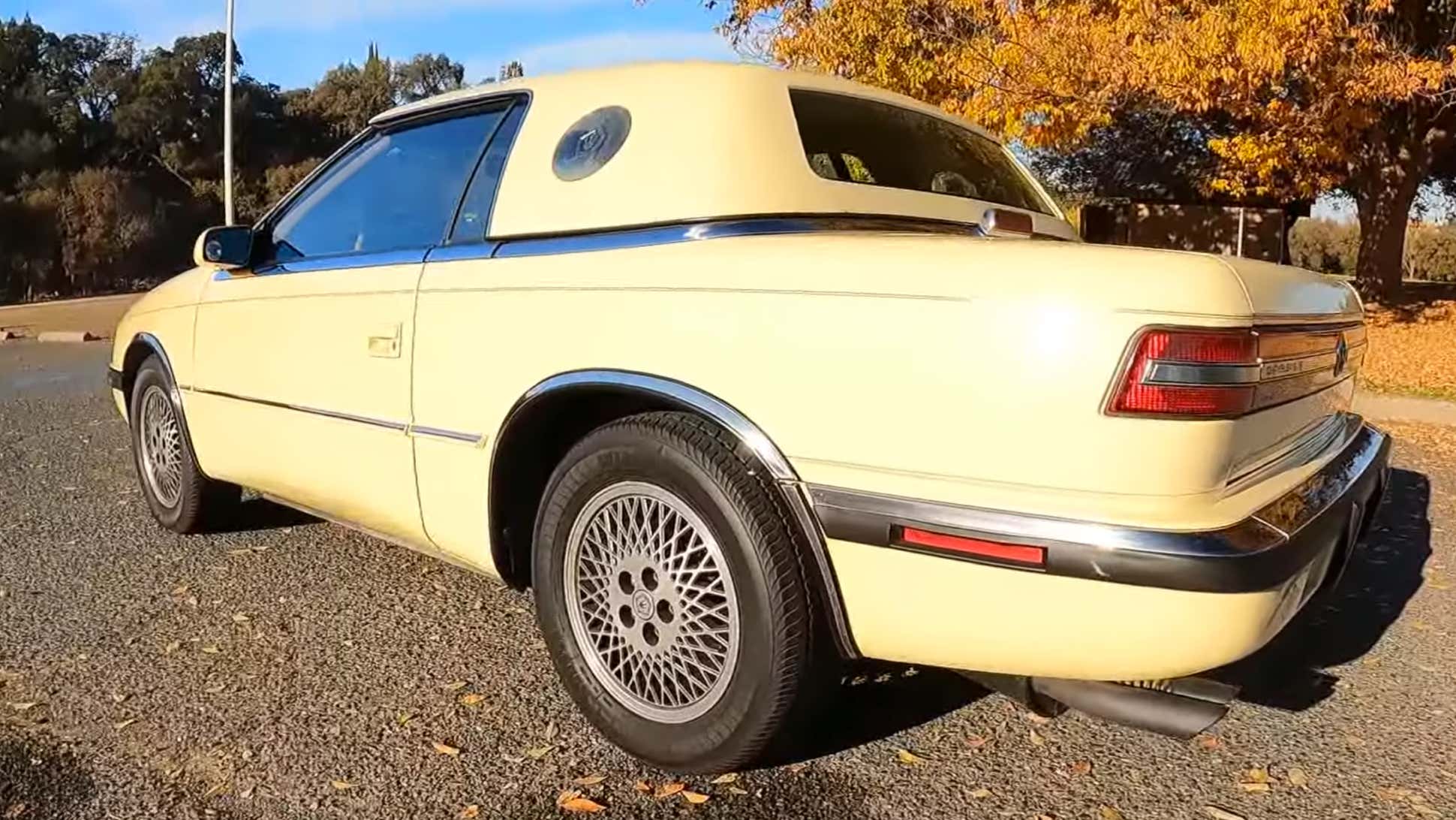 The hardtop was a nice touch, though, and just look at all the Maserati trident logos!

Chrysler’s VHS script writer at least seemed to realize that their Chrysler-Plymouth-Dodge dealers are ill-equipped to handle upmarket buyers, but that feels like the lone expectation that’s grounded in reality.

“Recognize that they will expect their car to work perfectly all the time,” explains the VHS narrator of the target TC buyer. Yet they also stress the importance of building a quality relationship between the service department and the TC buyer and not exaggerating things when interacting with said buyer. Hmm.

Unfortunately for Chrysler, these high hopes never translated into profit. According to Galbraith, Chrysler spent about $600 million on the development of the TC by Maserati. Production figures never even hit five digits, meaning that Chrysler lost the equivalent of $160,000 per car in today’s money on each TC sold.

You can view the whole dealership VHS series for the TC in a playlist here, and check out the Concours d’Lemons channel for more oddball old car stuff like this here.