In case you missed it, which you probably did, NASCAR legend Tony Stewart had a chance to test drive the electric Ford Mustang Mach-E a while back. “Smoke,” as the driver is affectionately called, posted a photo of himself standing in front of the Mach-E on Instagram and Twitter, noting that the car lived up to its Mustang name.

Of course, that caused an uproar in the comments (which is something you should probably just avoid reading altogether unless you enjoy dumpster fires), largely surrounding Ford’s decision to call the crossover a Mustang in the first place. 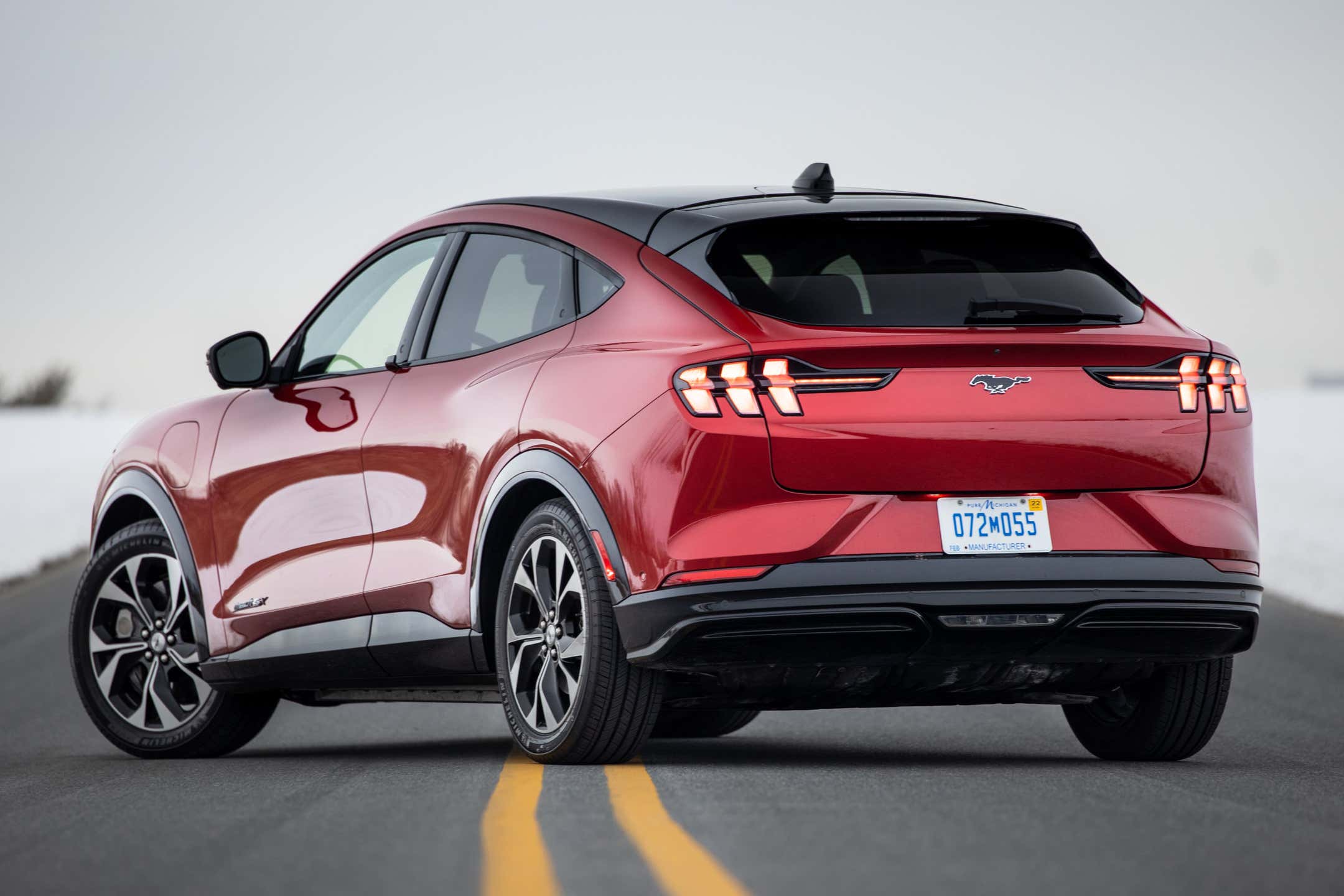 “Got to test drive the new Ford Mustang Mach-E,” wrote Stewart in the Instagram caption. “It’s a pretty sweet ride. And it lives up to the Mustang name too. ‘Unbridled’ is its sport mode. Plenty of go and the handling was great.”

Commenters rebutted Stewart’s assessment of the Mach-E. Some refused to believe it packed any serious speed, while others lamented the fact that it’s powered by batteries rather than packing Ford’s Coyote V8. But most simply stated that they refuse to accept that a crossover—let alone a four-door anything—could be labeled as a Mustang.

Then there’s this absolute gem that immediately encourages someone to Hellcat swap it. While we don’t see that happening anytime soon, this is a good time to remind you that someone is already working on an ICE swap for a different electric vehicle. 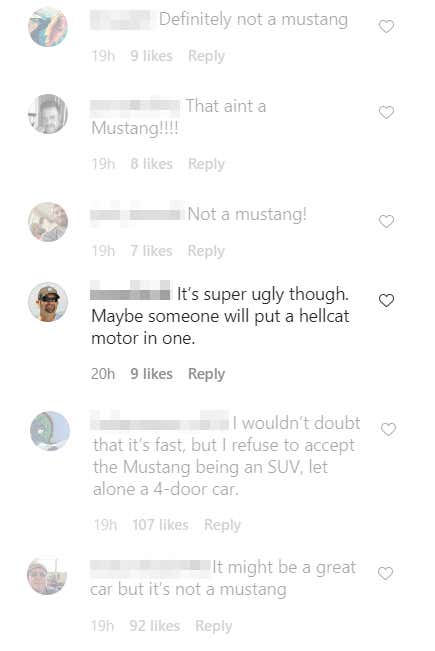 I hate to be the one to tell you this, but Ford’s first battery-powered crossover is genuinely good. It’s well-rounded, a breeze to drive, and has a zero to 60 time that beats the 2021 Mustang GT’s by nearly a second. It seems like the racer got to experience this first-hand.

Objectively there is quite a bit of Mustang-influenced design; the wide haunches, stylish taillights, and aggressive hood lines come to mind. But the real focus for enthusiasts should be that the Mustang Mach-E might eventually be just as important to Ford as the original Mustang nameplate was in the ’60s.

I mean, the first Mustang literally created an entirely new class when it was released to the public. The pony car segment as we know it is fairly broad and covers sporty compact coupes and convertibles—even though it’s hard to argue that the pony cars of today are “compact.” Still, it was the beginning of Detroit’s era of industry icons, all set in motion by something Ford built.

Behind the curtain, Ford is doing the exact same thing with the Mustang Mach-E. It’s an introduction to an entirely new breed of cars rolling out right under our noses. Even the company’s best-selling F-150 will soon receive an electrified variant, taking a few tips from the Mach-E in the process. 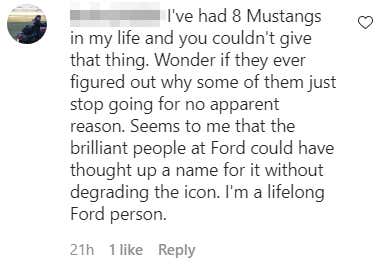 While the Mustang Mach-E might not share the same body style as its similarly-named family member, it still has the same historic lineage running through its veins. If all goes well, it may one day be looked back on as the first of its kind as well.

So in defense of the Mustang Mach-E, just get over the name already. It’s fine.