Corvette Racing Gets its New Boss

Listing the most expensive production cars is always a tricky task, considering that the cars that typically command the biggest bucks are oftentimes produced in very low numbers, and their customization options—along with their respective price tags—have no limits.

Today we tend to talk about multi-million dollar cars like it’s a completely normal thing. After all, this is where car collectors have pushed the industry after Bugatti opened the gates with its Veyron. Yet, it must not be forgotten that back in the 1990s, McLaren intended to make 300 F1s at first, only to stop in 1998 after just 72 completed road cars, which were the most expensive offerings of their times. Oh my, how things have changed… 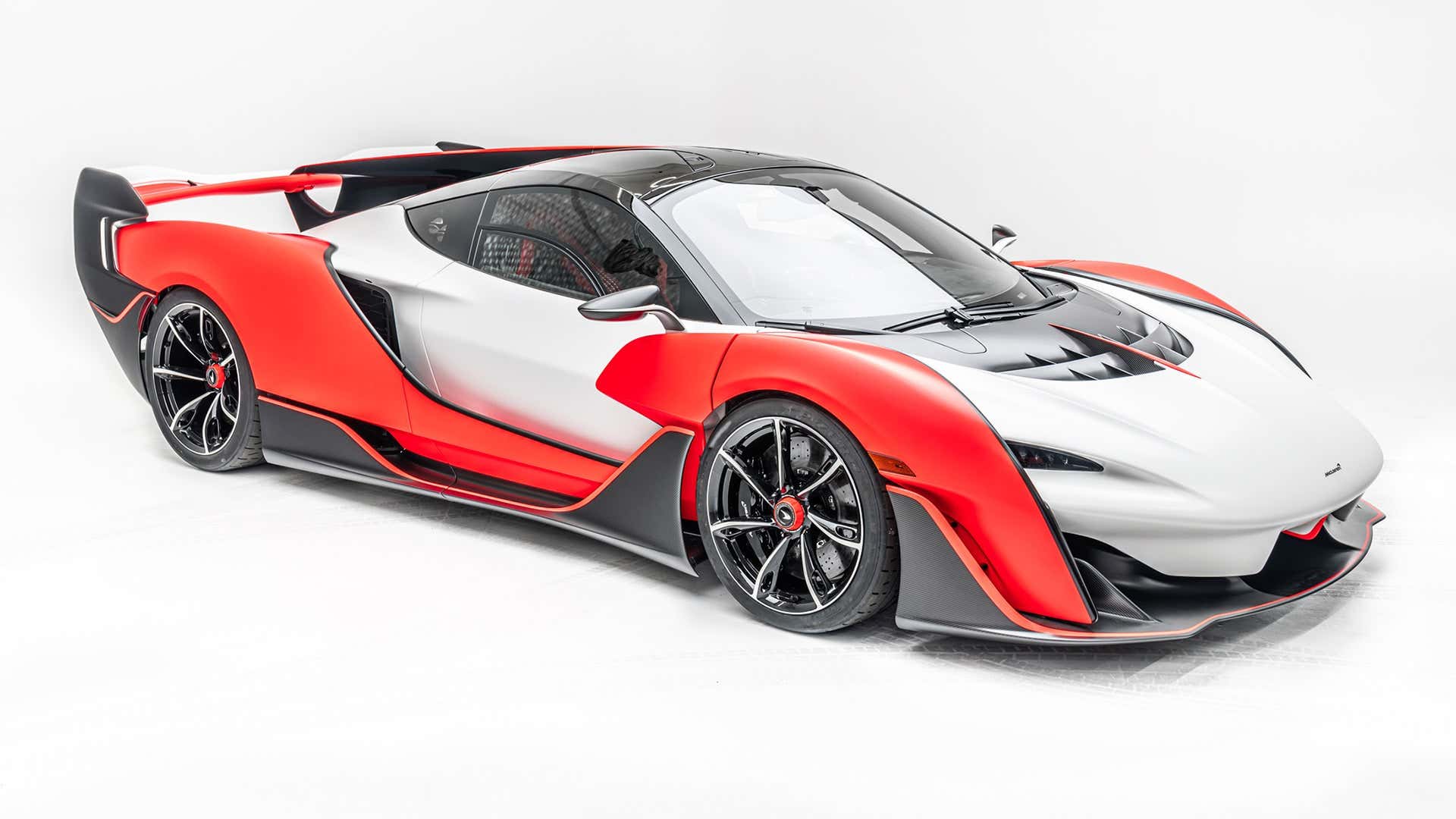 Interestingly, unlike McLaren, Ferrari hasn’t produced a collectors’ special since 2016’s LaFerrari Aperta. Porsche is also sitting this one out, but our list includes all the other usual suspects we can take seriously.

Every model on this list fits the following criteria: is street-legal, can actually make it to its buyer’s garage in 2021 (no multi-year waiting lists), and it’s solidly in the seven-figure price club—because that’s where the party really begins.

Owned by the VW Group via Lamborghini; Italdesign, the firm founded by Giorgetto Giugiaro has upgraded the 2021 Nissan GT-R Nismo with bigger turbos that generate 720 horsepower. It also tweaked the chassis, and most crucially, added a custom hand-built body just in time to celebrate the GT-R’s 50th anniversary. 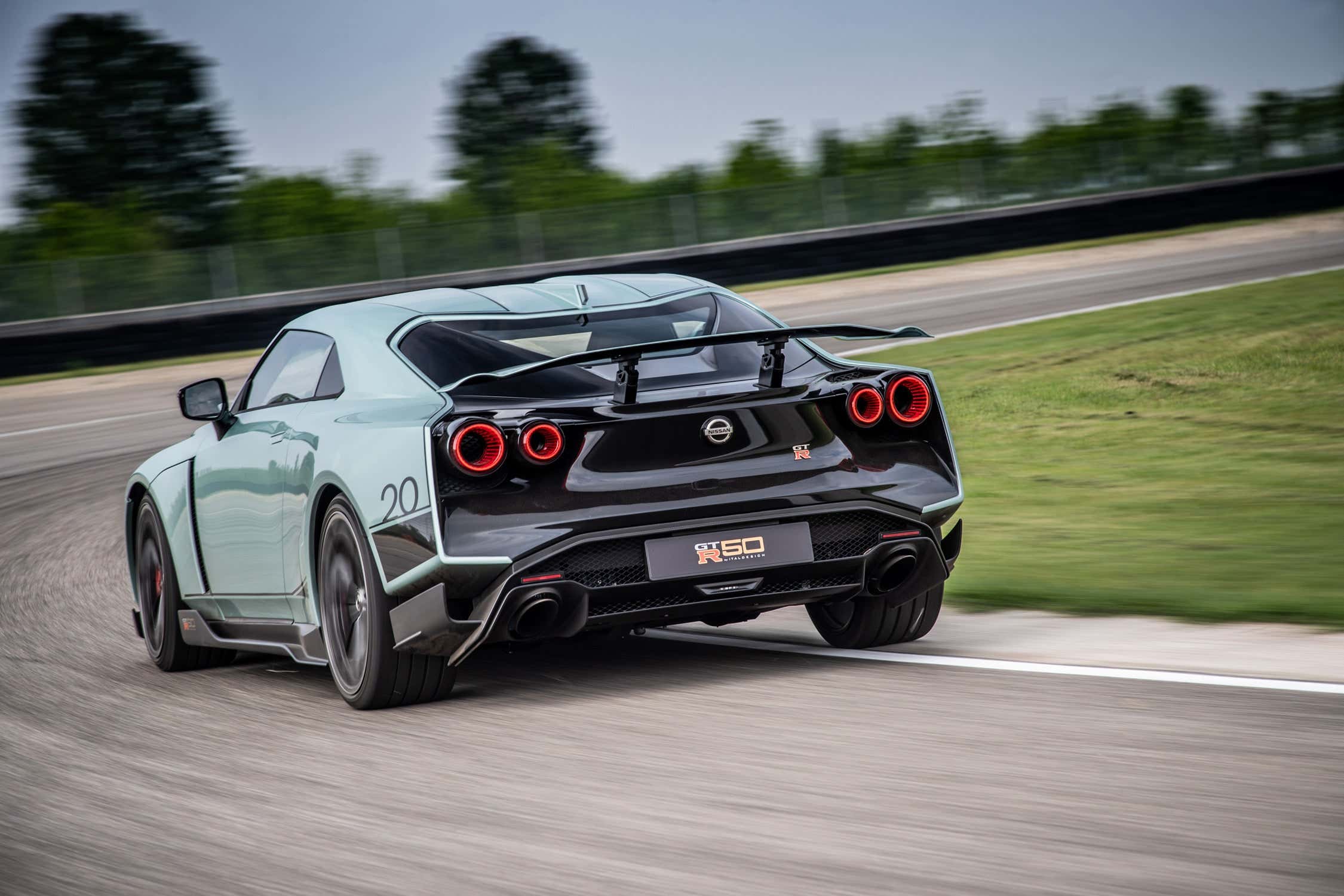 Limited to 50 units, the resulting Nissan GT-R50 was fine-tuned at Italy’s Tazio Nuvolari circuit and is now ready for deliveries in early 2021. The R35 Nissan GT-R went into production in December 2007, with the GT-R Nismo following in 2013 as the fastest production volume car around the Nürburgring. Given its truly hand-built nature, customers willing to spend a cool million on a Nissan probably won’t try to break lap records with this special piece of kit, now available in all historic GT-R color themes as well.

The Elva is a 2,640-pound speedster tuned to 804 horsepower for the ultimate track toy experience. It’s also an Ultimate Series model from Woking you can’t have without a windshield in America, which partly explains why sales have been so slow since its announcement. 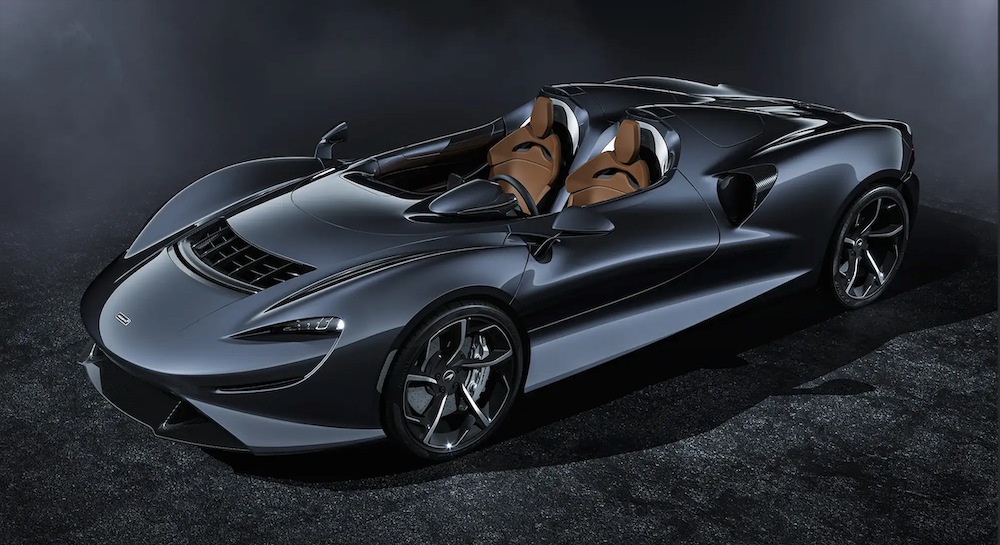 In other markets, the Elva uses an air curtain to keep your hairdo at bay, yet you may want to keep your helmet close by with this one. The Elva can land at your home for under $2,000,000, which is a true bargain compared to the freshly-launched McLaren Sabre.

Bentley will roll out several limited series models for its favorite customers through Mulliner, the first of which is the 2021 Bacalar. 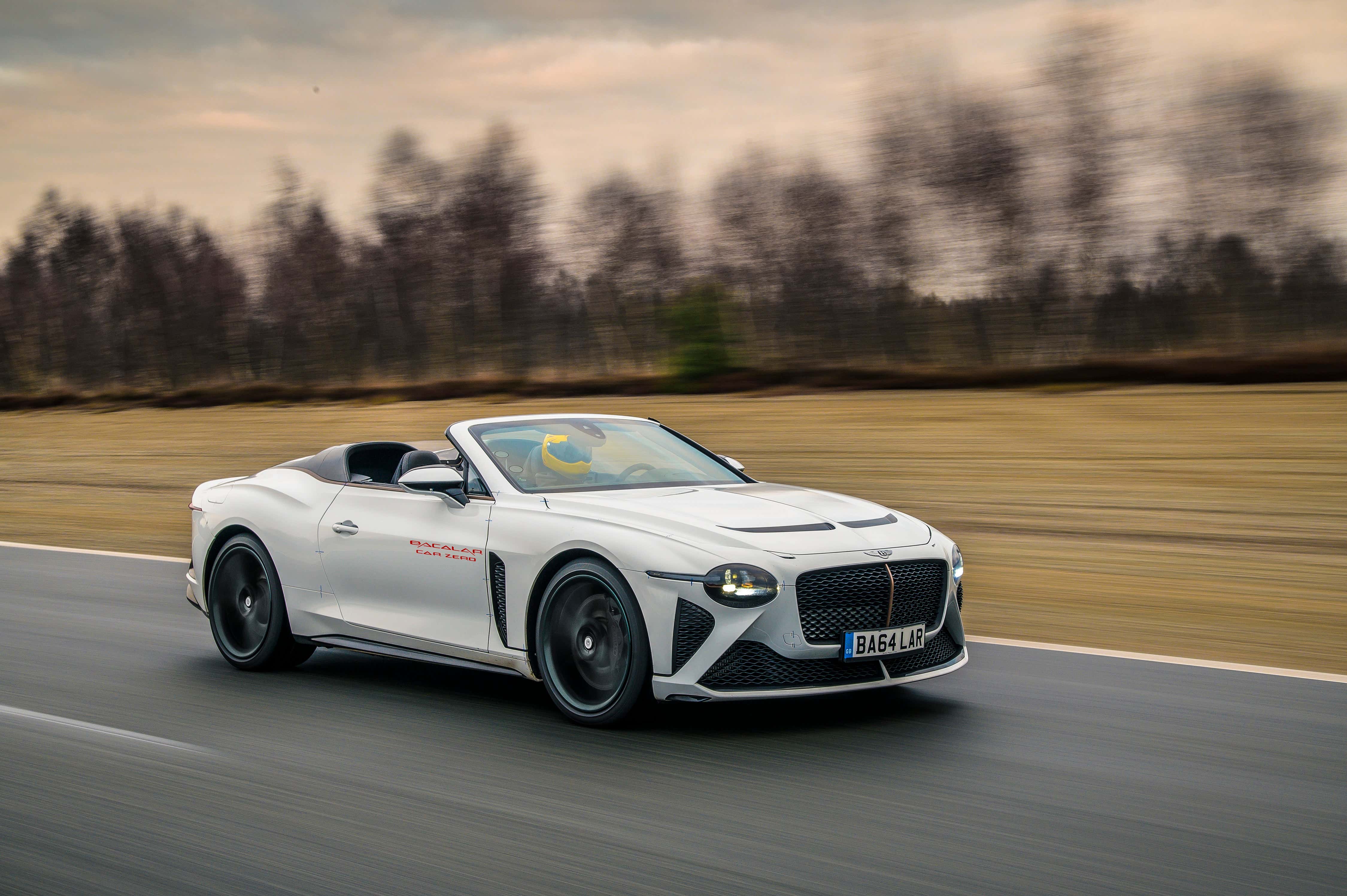 Limited to 12 units, Bentley’s most precious Continental Convertible evolution features quilted seats with exactly 148,199 stitches, a dash made from 5,000-year-old wood preserved in peat bogs, and a 6.0-liter twin-turbocharged W12 engine tuned to produce 650 horsepower. The Mulliner special also comes with over 750 non-series parts, including more than 40 made of carbon fiber, and almost 100 made by rapid additive manufacture.

The first electric Lotus is a straight-up hypercar packing 1,973-horsepower and a complex all-wheel-drive system, while still promising to be the lightest and most agile of its kind. Owned by the Chinese giant Geely Group these days, Lotus is at a crossroads, expected to dig into the performance EV market and also create a worthy successor to the Esprit soon enough. 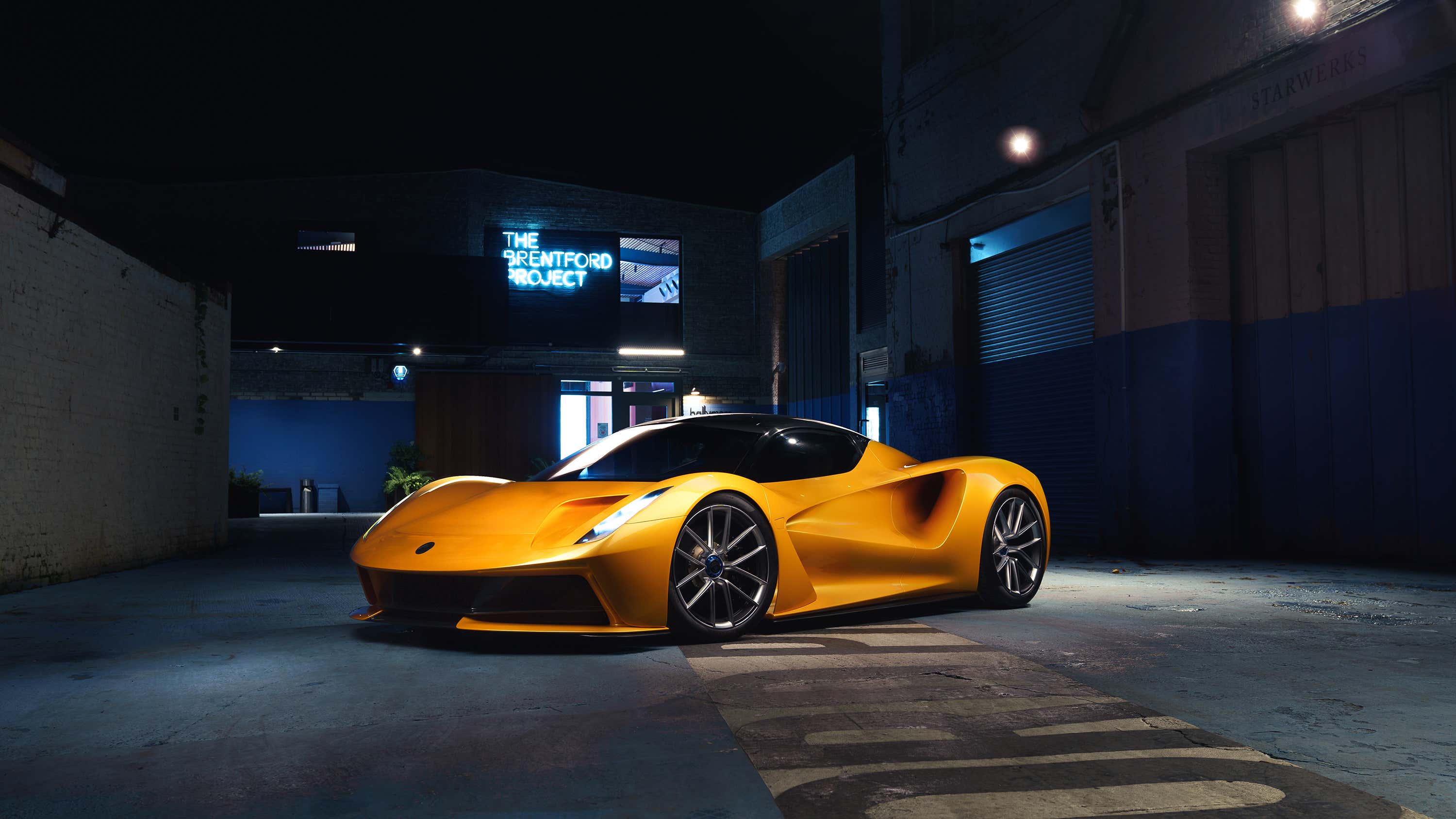 The futuristic Evija and its extreme aerodynamics are the work of Lotus design boss Russell Carr, who gave the historic sports car brand a halo model it can build on. The Evija’s handling is currently being fine-tuned by the team led by Gavin Gershaw, with Lotus claiming a curb weight of 3,700 pounds. Light for a nearly 2000-horsepower EV, or heavy for a Lotus? Either way, it’s an experiment from Hethel priced accordingly.

The C_Two is a Croatian EV powerhouse that’s partnered with Porsche and Hyundai for its first global production model, now only a few months away from its official debut. 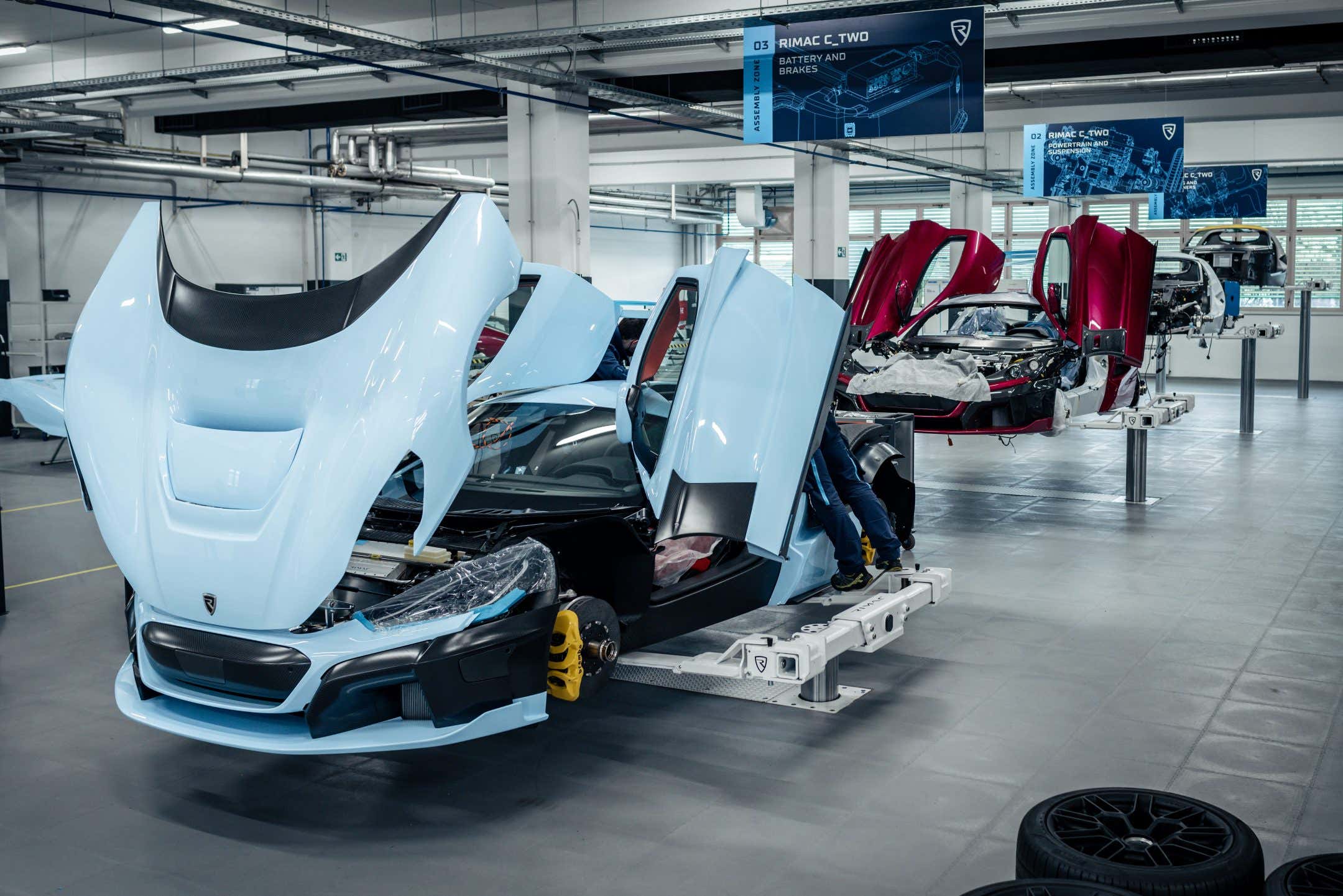 With 1,914 horsepower, it’s also the Lotus Evija’s closest competitor, as well as the car that will get re-bodied in Italy to become the Pininfarina Battista. Per that deal, 150 of each will be made, and with all the autonomous and active dynamic features onboard, the C_Two and Battista pair should tell us a lot about the future of electric performance. Tesla will undoubtedly keep an eye on this car when developing its promised Roadster.

As it turns out, modifying a 1.6-liter V6 hybrid powertrain from Lewis Hamilton’s 2016 W07 Hybrid F1 car for road use—while offering a factory warranty is troublesome, to say the least. 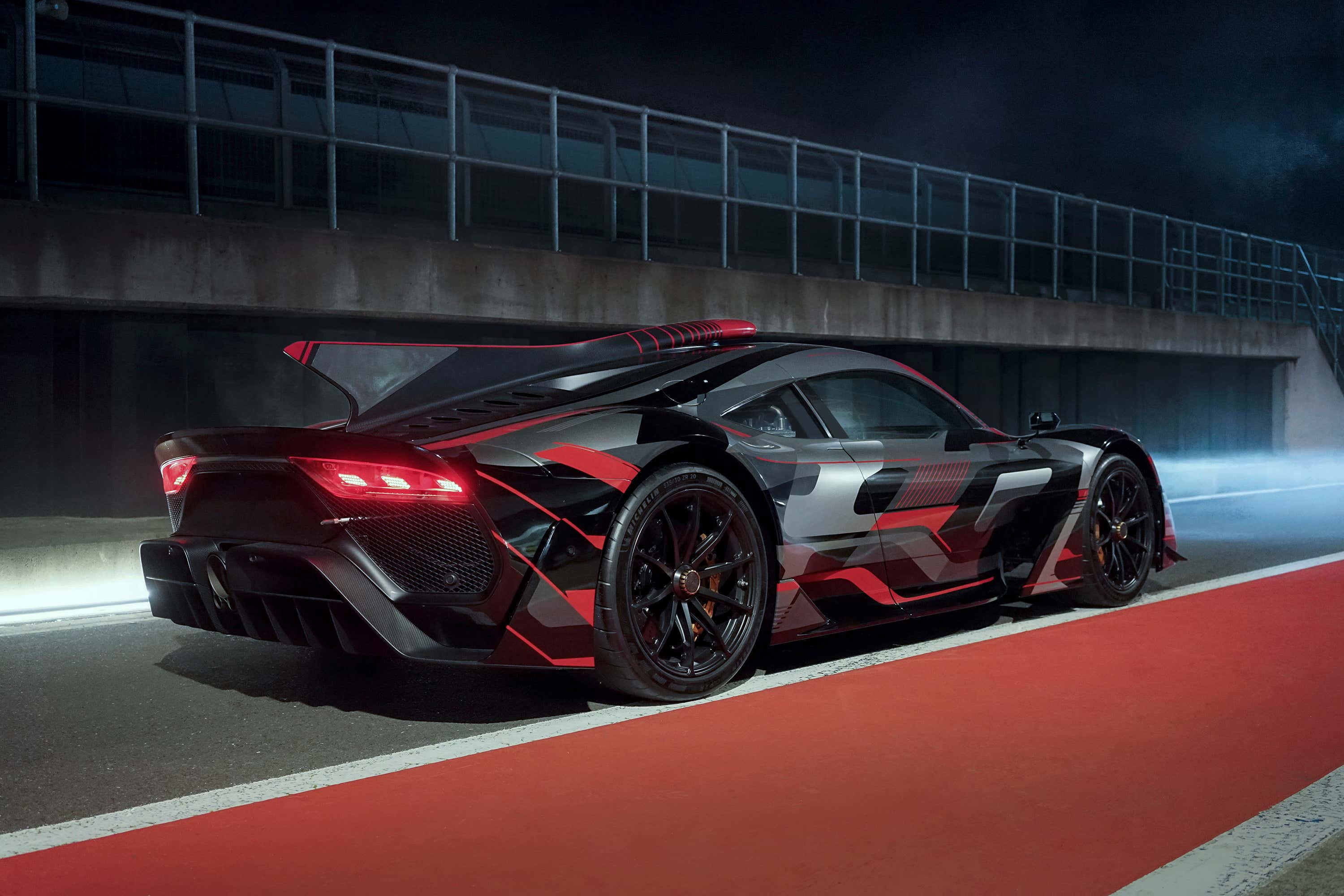 Delayed to 2021, the AMG Project One, reportedly renamed simply to AMG One, features a 1,000-horsepower drivetrain aided by a wild active aero system no doubt fine-tuned by the seven-time F1 world champion himself. Since its development began, even Tobias Moers left AMG to lead Aston Martin instead, which is another performance car company needing Daimler’s technology to continue.

A hypercar signed off by former CEO Andy Palmer, designed by former technical and Formula 1 partner Red Bull Racing’s Adrian Newey, and powered by a naturally aspirated Cosworth V12. The Valkyrie has all the ingredients to be a monumental machine. 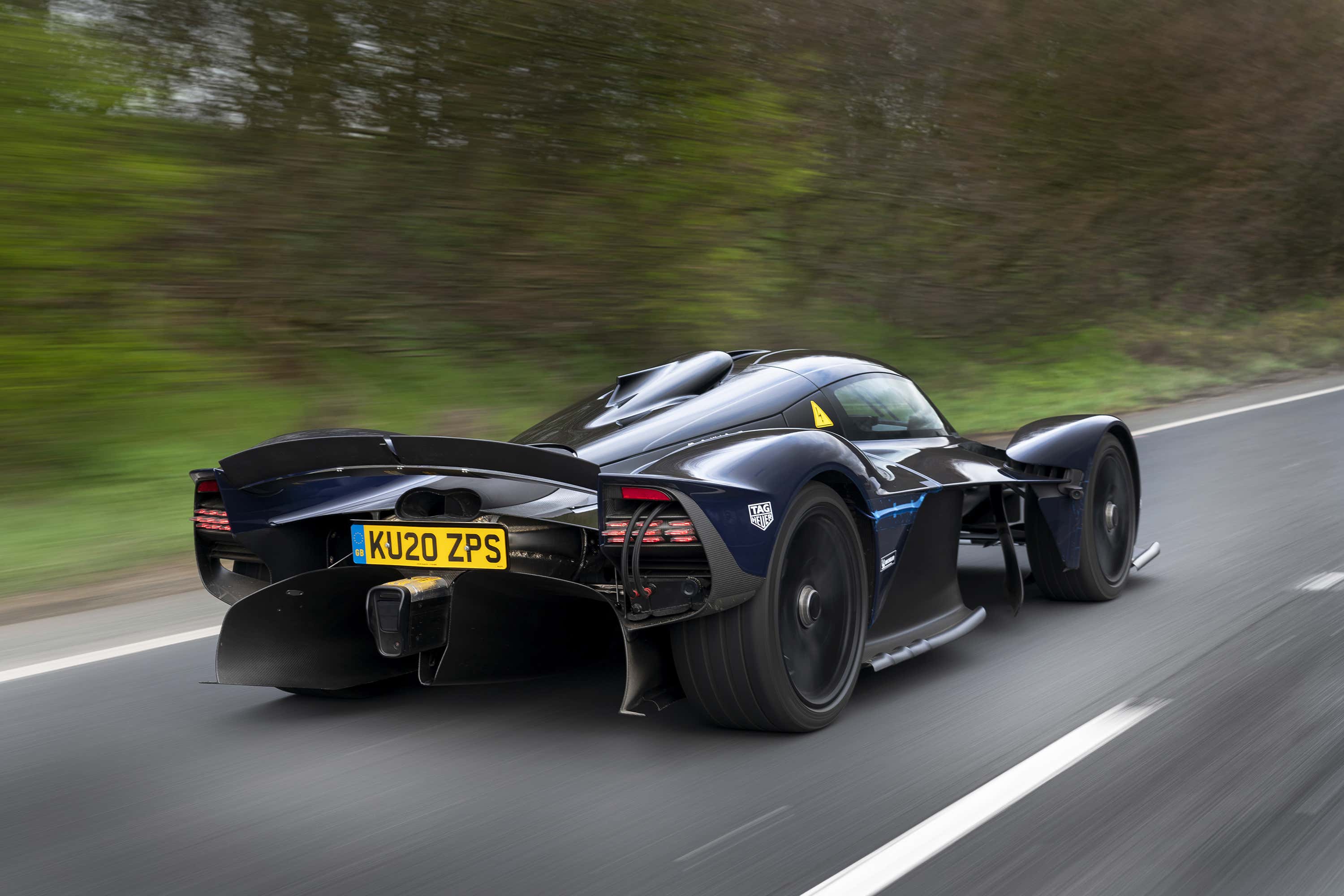 Given Aston Martin’s recent history, it’s no wonder the Valkyrie has been severely delayed by financial troubles, in addition to the takeover by Racing Point F1 owner Lawrance Stroll’s. Still, Aston Martin’s ambitious halo car should be ready for 2021, and there won’t be anything quite like it with a license plate in sight.

Christian von Koenigsegg’s first four-seater is the twin-turbo, three-cylinder, Freevalve-engined Gemera, and it can be yours for as low as $1.7 million, which is essentially the price of a much more compromised McLaren Elva. 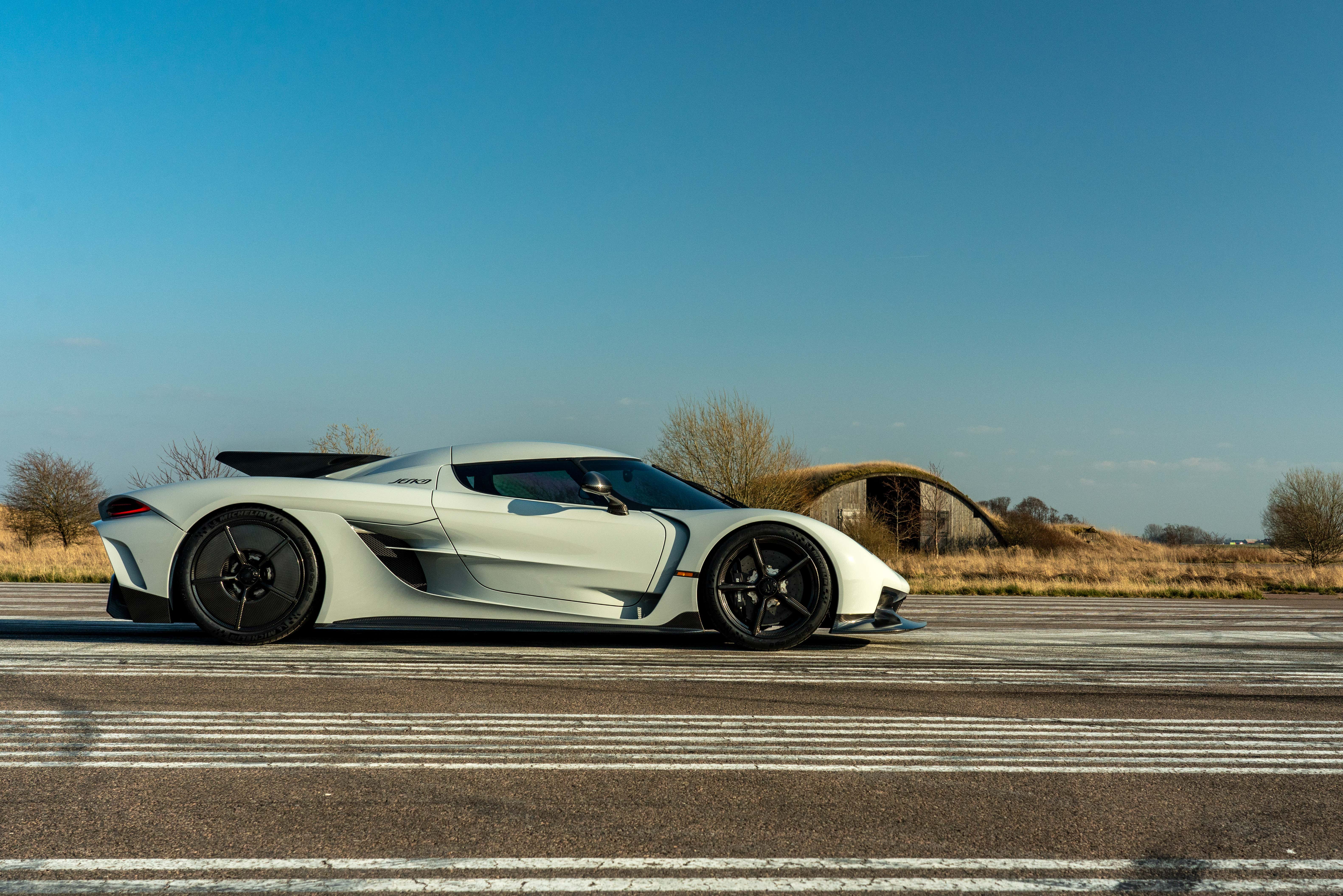 For that, plus some pocket change for the extras, customers will be able to choose between the high-downforce version designed to handle any corner wide enough for Team Sweden, and the Absolute, the streamlined car Koenigsegg calls the fastest car it will ever produce. Expect mind-blowing V8 performance all around, with runs that are repeatable and verified in true Koenigsegg fashion.

Lamborghini tapped into the lucrative world of limited series models with its Veneno program, and when it became a big success, more and more custom commissions were accepted to finance developments to help keep the V12 engine alive. Limited to 63 units in coupé form, the Sián later named FKP 37 in honor of the late Ferdinand Piëch, is Lamborghini’s fastest car to date. 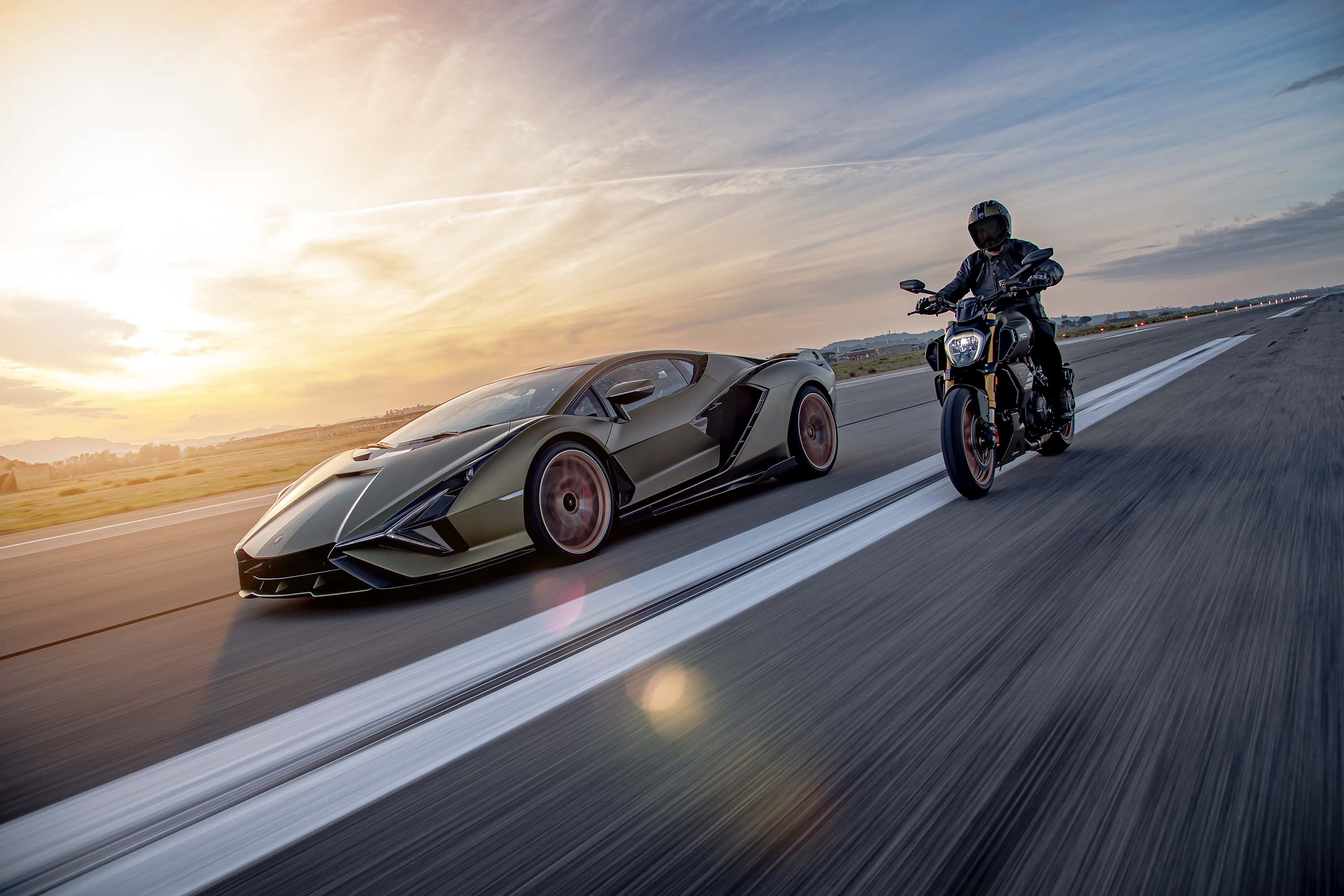 It runs a hybrid running with a 48-volt system with supercapacitor technology instead of batteries, which is a performance solution we won’t be seeing in the Aventador’s eminent successor, a big supercar in dire need of having an electric range. It was in 2013 when three customers paid $4,000,000 for their Venenos in advance. Sure, the Sián FKP 37 is less exclusive than that trio, but it’s clear that the Sant’Agata factory has no problem charging Bugatti sums, especially now that it’s being run by the same CEO.

Saying the name of an Italian or German car conjures thoughts of sporty driving, luxury, and class. Saying the name “Bugatti,” however, is typically only associated with one thing—or many of that thing: millions. 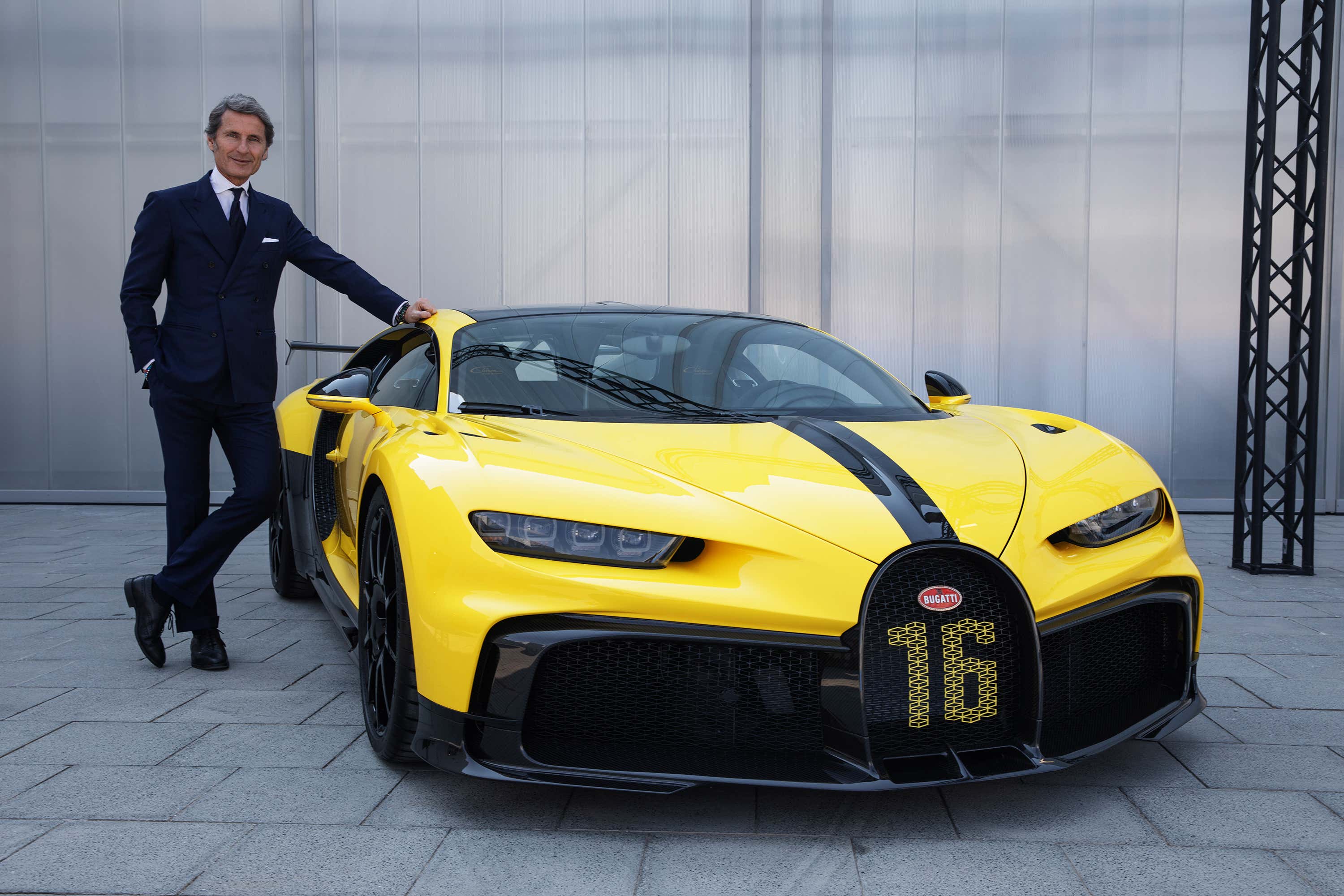 When Stephan Winkelmann landed in France straight from his stint at Audi Sport, Bugatti had the Chiron and the Chiron Sport freshly launched at Geneva. The company has already announced the re-bodied Divo, the track-focused Pur Sport, the EB110 homage Centodieci, the one-off La Voiture Noire, the ultra-fast Super Sport 300+, and the track-only Bolide concept. The sold-out Super Sport 300+ was priced at $3.9 million, while the 2021 Pur Sport can be purchased at a $300,000 discount compared to the straight-line pony.

Can we consider these to be production cars if Horacio Pagani’s crew will only build three of the Tricolore Huayras specifically to celebrate the 60th anniversary of the world’s largest aerobatics patrol? Yes because, at the end of the day, these are still tweaked Huayra BC Roadsters with a few unique elements, the Tricolore design theme, and the best of Pagani’s parts bin. 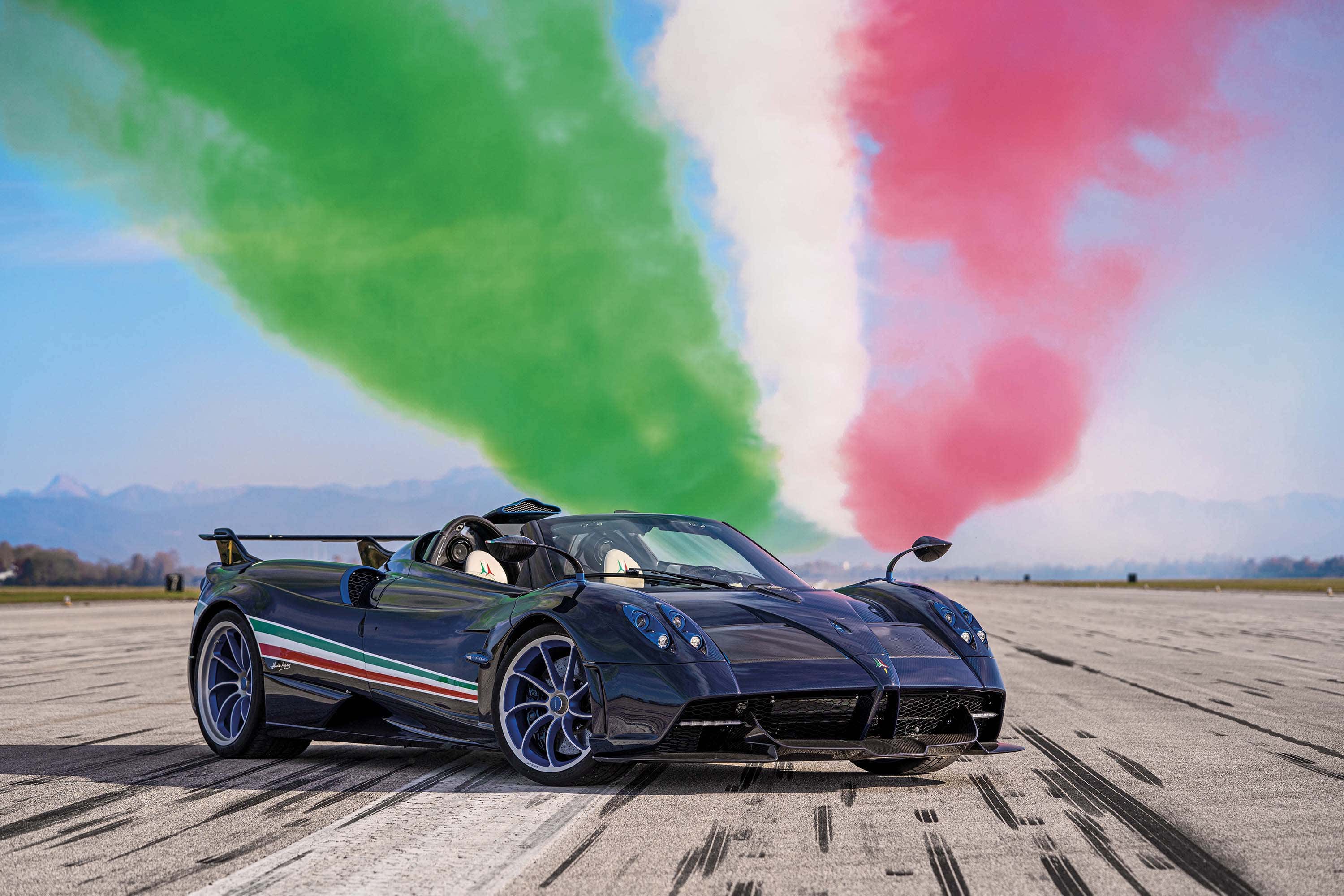 It’s a collector’s special priced significantly higher than that custom Huayra a teen YouTuber recently crashed, but a Huayra Roadster nevertheless. When it comes to those, Pagani has sold at least 140, with even more coupés leaving the workshop just outside of Modena.

For the price of an electric Lotus, Swiss-British engineering firm R-Reforged will give you not one, but two Aston Martins restyled by Zagato of Milan. If you could buy these separately they would still make our list, but they only come as a combo—and it’s impossible to tell if the package price could be split exactly in half for each car—hence the honorary mention. 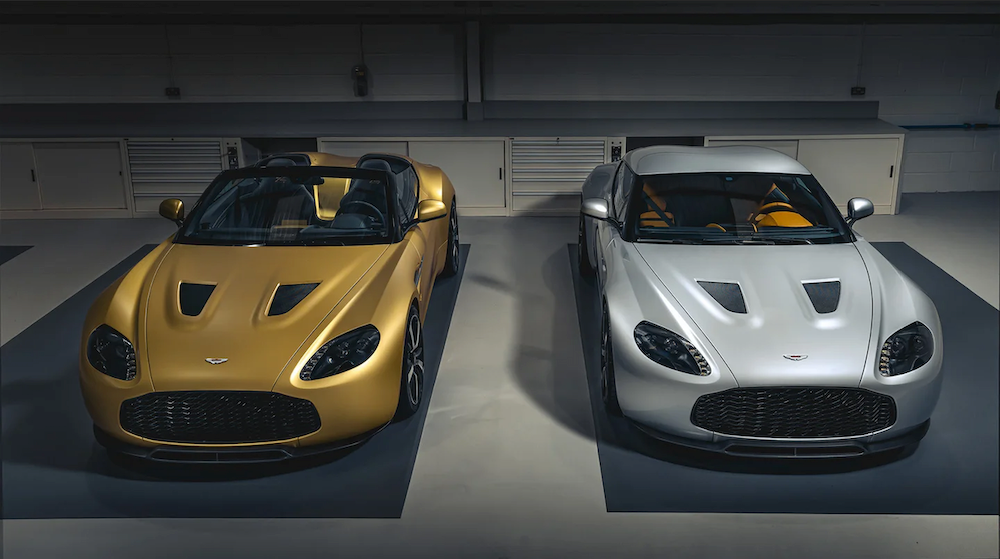 Under those curvy carbon fiber bodies that enjoy a 10 mm ride height reduction and 20 mm stretched track, sit the 5.9-liter V12s that produce 600 horsepower. With 25 pairs set to be made, the Zagato twins are now production-bound in 2021 with the two prototypes landing in the Zagato family collection—who surely didn’t pay $2.3 million for them.

Got a tip on more cars costing as much as a dozen 2021 Rolls-Royce Phantoms? Send us a note: [email protected]

Related posts:
Car Reviews
VIDEO: Nissan Magnite ASEAN NCAP crash test – Indonesian-market budget SUV gets 4 stars for safety – paultan.org
Audi A5 Cabriolet review
Kia showcases big plans, Shelby Cobra nets millions, Mach-E charge times: What’s New @ The Car Connection
GMC Will Reportedly Offer Almost 200 Accessories For The Hummer EV
Recent Posts
This website uses cookies to improve your user experience and to provide you with advertisements that are relevant to your interests. By continuing to browse the site you are agreeing to our use of cookies.Ok