Unfortunately, there are no new rotary-powered cars for sale today, largely due to emissions regulations. Wankels are typically dirty-running engines, which is why it’s taken so long for Mazda to bring one back, even in range-extender form. But none of this means you can’t buy a used rotary car to buzz around in. There are still plenty of those—and new rotary parts—around for you to tinker with.

If you’re tired of seeing FD RX-7s go for stupid amounts of money at auction, well, we’ve found a barn in Louisiana that you might be a fan of. According to the listing, there are tons of rotary-powered cars stashed inside its walls, so there’s bound to be something you’ll like. 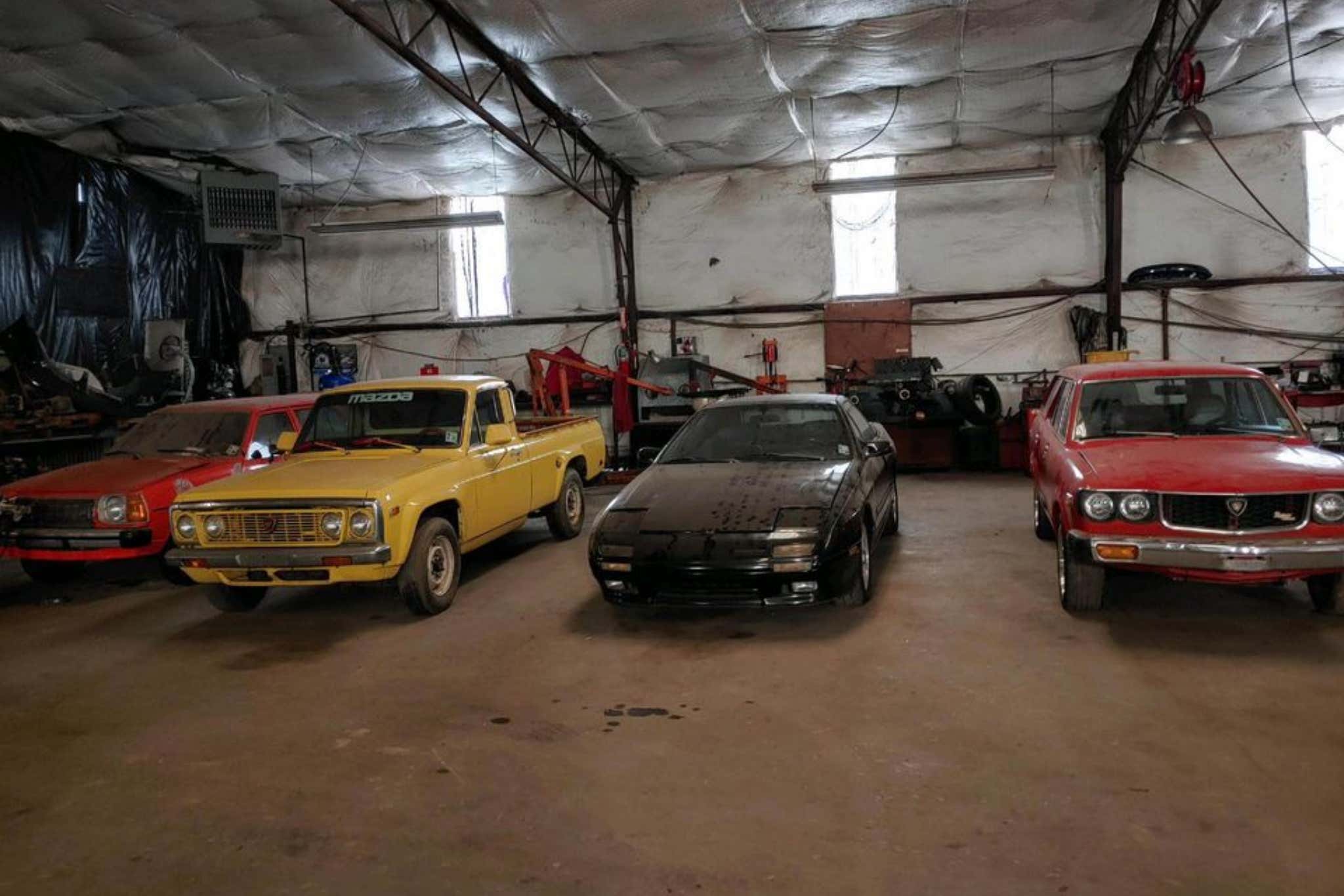 Only a few images of the owner’s stock have been posted, and the condition of the cars varies wildly. There are dusty Mazdas, there are destroyed Mazdas, and everything in between. The listing also says there are a few “Rotary Toyotas and Datsuns,” which, seeing as neither company ever produced a Wankel engine, must mean they’re swapped.

A careful look around the images will also reveal a few other non-Mazdas that may or may not be rotary-powered. There’s a classic Mini, what looks like a VW Bug, and maybe, just maybe, a Suzuki Samurai stuffed into the back right corner. Forget the cars, though. I wonder if that sweet box fan is for sale… 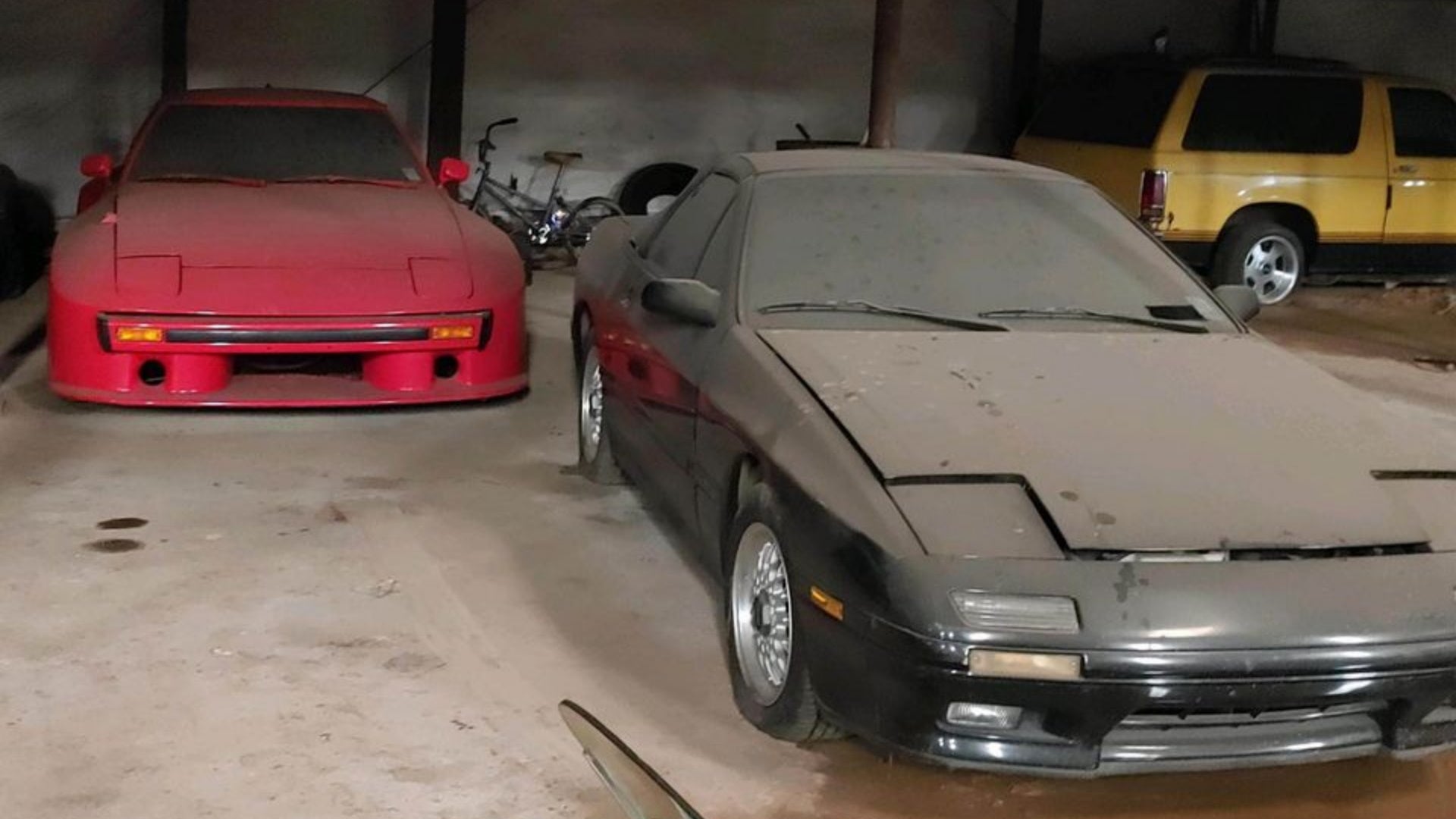 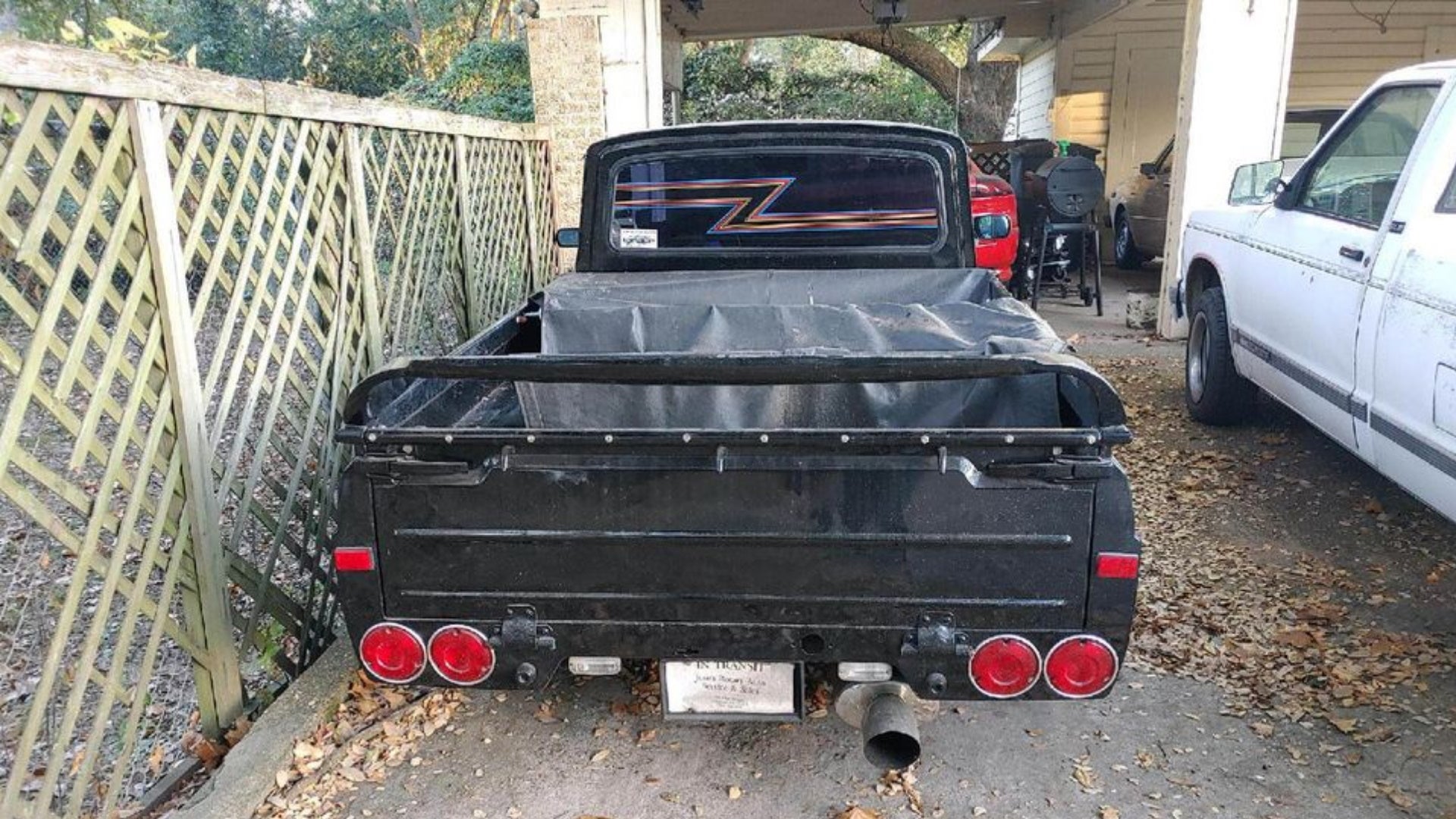 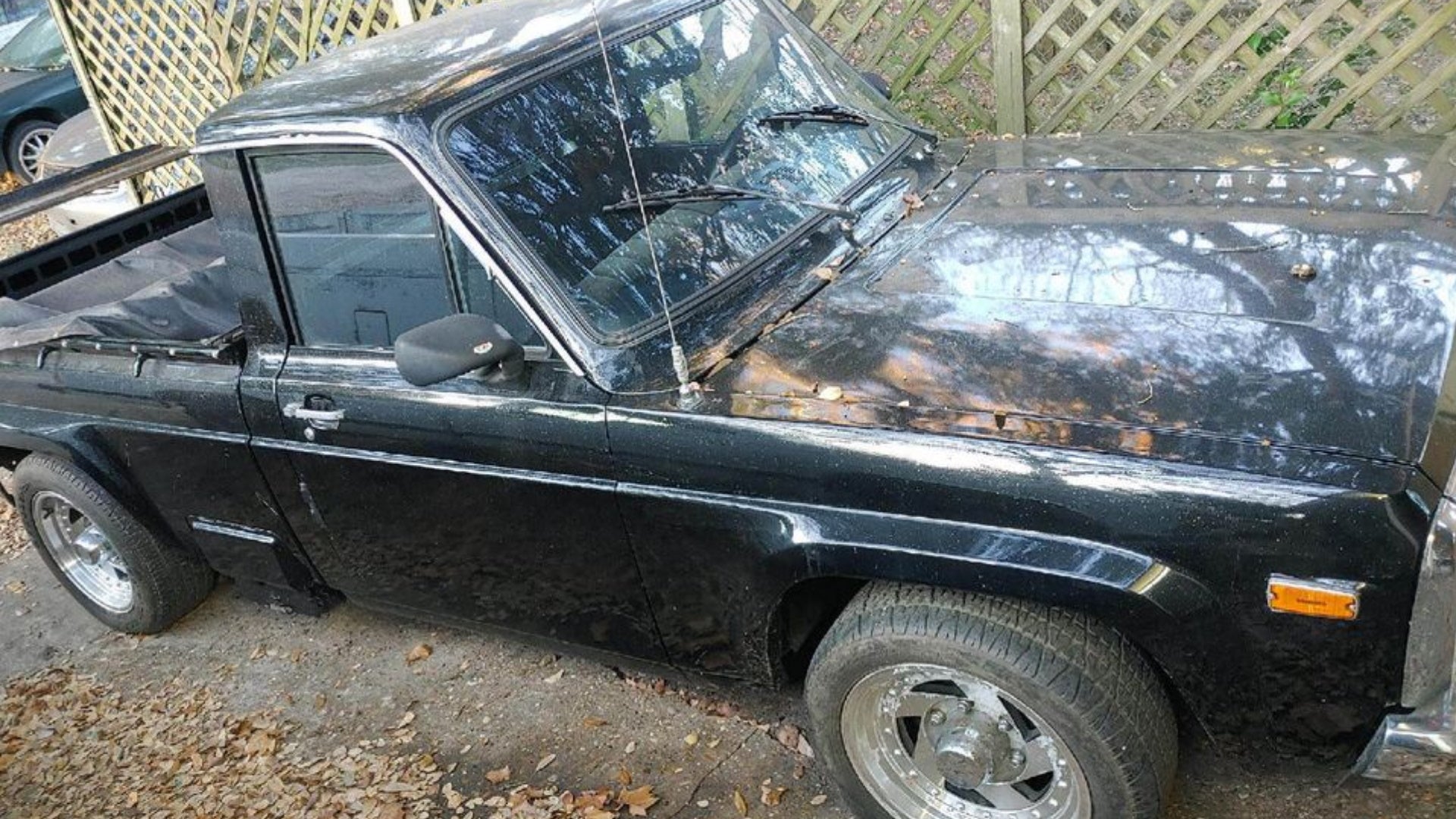 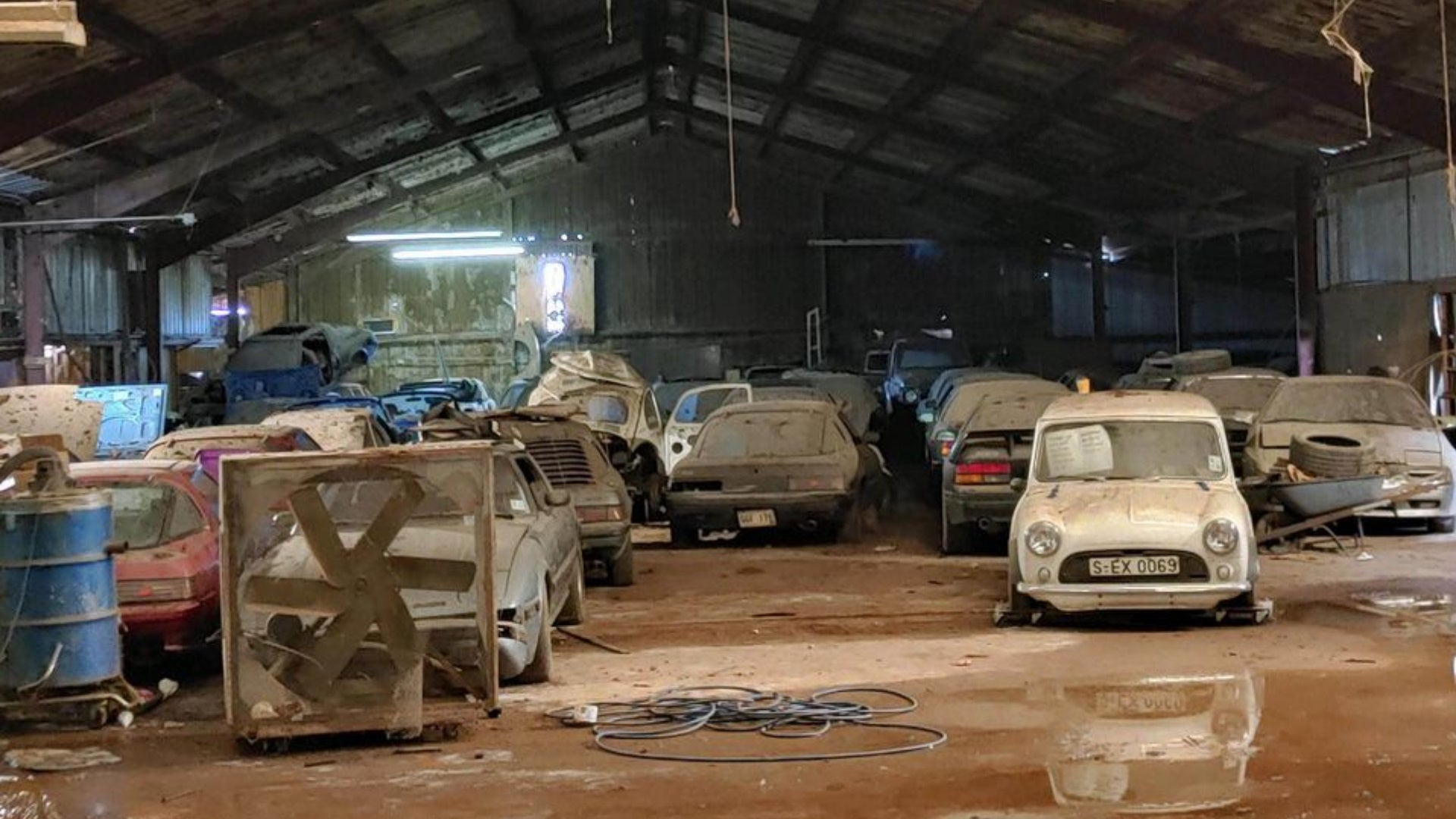 Most of the rotary-powered cars here appear to be first and second-generation RX-7s, also known as the FB and FC, respectively. One of these cars—it looks like an FB—has been redone with a huge widebody kit. It’s unclear if it has any other modifications beneath the bulged-out body, but I suppose you’ll have to just mask-up and sniff around there to find out. The mask is both because of the pandemic, and what looks like the six-inches of dust covering everything in this barn, of course.

If you were asking me what to get here, I would say one of the two Rotary Pickups. They were only made between 1974 and 1977, they look great, they have a bed for all your plywood-carrying needs—I think they’re your best bet. I mean, you could try to restore one of the 70 other vehicles in this barn, but some of them look a little far gone. At least the black pickup outside is parked in a driveway, implying it’s moved under its own power recently. That’s a promising sign.