For some reason I’ve yet to understand, people love trying to make the Chevrolet Corvette look retro. It’s General Motors’ most technologically advanced sports car, yet you still see people putting early Corvette-style body kits onto the latest generations. Now that the mid-engine C8-generation Corvette is finally here, perhaps you want to be a bit more subtle with your classic mods. Grafting on a C1-style nose and side cut-outs may be a bit much now that the engine’s in a completely new place after all.

Custom Cre8ions has just the thing for you, Old Car Guy With a New Corvette! It’s a $1,495 engine cover with fake velocity stacks, and much like a C5-generation Corvette with tailfins, it fools absolutely no one. 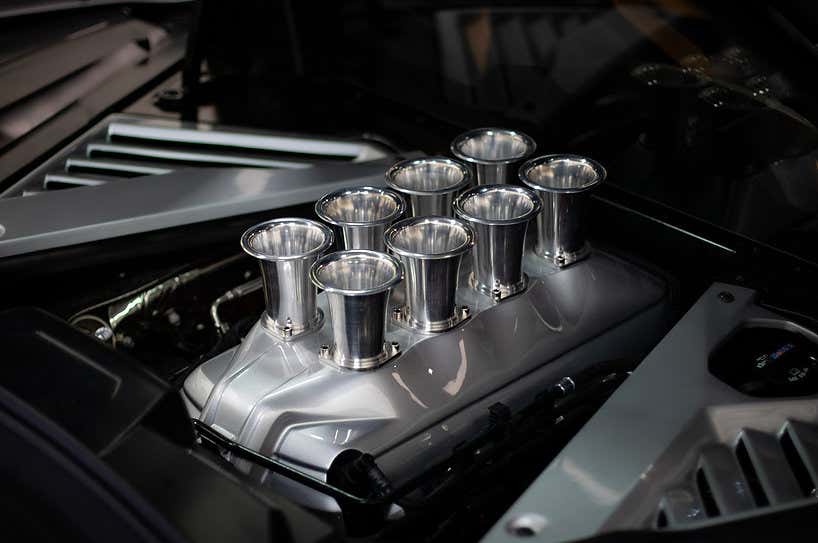 Velocity stacks are the pretty little intake trumpets you often see atop old-school performance engines. They’re designed to smooth the airflow into your throttle bodies in order to take as much air in as possible and increase the power output of your engine. They’re a classic go-fast mod, and while you see them occasionally pop up on newer engines, they’re most commonly associated with the days of carburetion.

Should you want to broadcast to the world that you miss the days of occasionally-finicky carbureted engines but like, not that much, you can install this awkward crown of fake velocity stacks on your C8 Corvette’s engine. 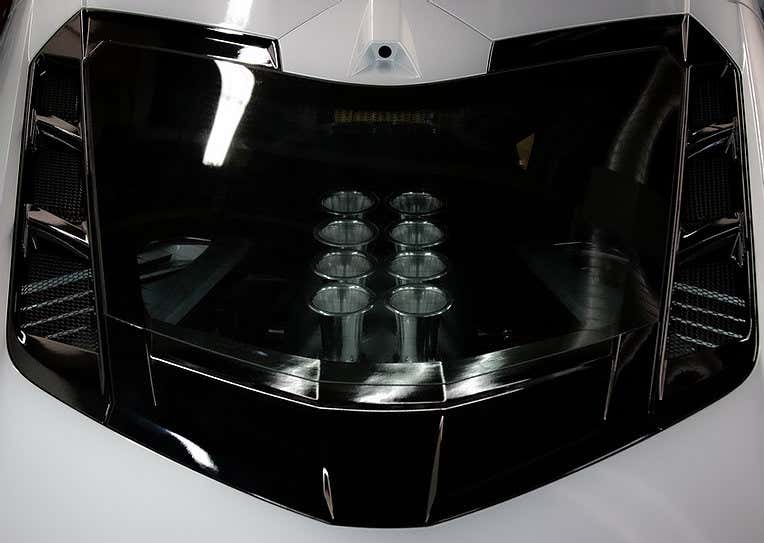 The fake stacks are screwed directly onto the top of the engine cover, which is not where they would have been on a classic Corvette at all. An engine does not take in air through its engine cover. It makes no sense. Engine covers are there to protect the engine from debris. Many covers are also designed to reduce noise, vibration and harshness—all three of which you tend to get more of when you put a rowdy modified engine with velocity stacks into something.

Perhaps from far away, someone will go, “Huh, they must have put a really custom engine in that C8,” only to crush all of that passer-by’s hopes and dreams when they get a closer look.

Retro ‘Vette fans, I know it’s hard. Actual classics are pricey, not to mention harder to drive and maintain. Maybe it’s time to move on. Embrace the technological marvel you have in your driveway for what it is. You could save that $1,495 for something else you’d like. Save up for an engine with real stacks! Drive across Canada! Buy 12 more of those Corvette-branded Pilotis y’all like so much! That’s a fat chunk of change, you know. 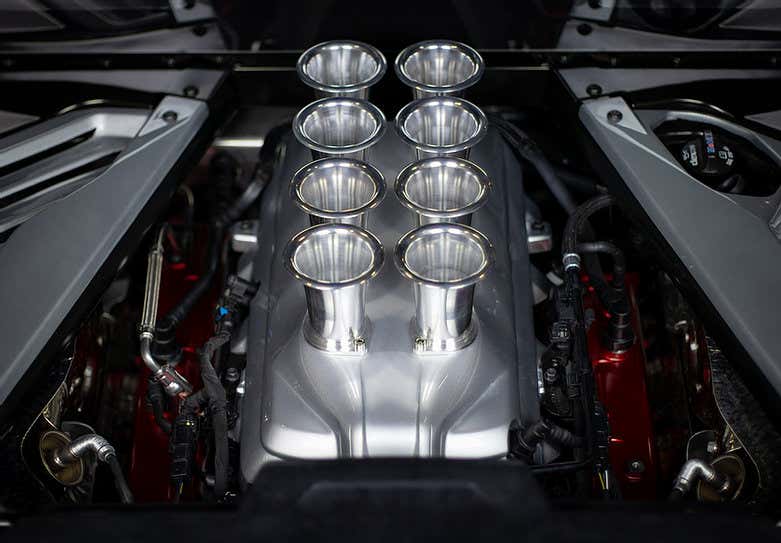 Of course, if fake stacks make you happy, even I must admit that’s a noble use all its own. Just don’t fool yourself because these faux-stacks won’t fool anybody else.

You can get that special C8 owner in your life the gag gift of the century on Custom Cre8ions’ site here.