There are some damn impressive supercar replicas out there, some of which aren’t even embarrassing to be seen in. Once again, though, we are reminded that such cars are the exception rather than the rule, by this 2009 Honda Civic in Atlanta, Georgia that looks like a Pontiac having an allergic reaction to DMT.

Currently listed for sale by Autoway of Atlanta is a Civic LX coupe with over 132,000 miles and a body conversion seemingly meant to resemble Lamborghini’s outgoing flagship, the Aventador. I haven’t been able to find any commercially available Aventador kits for the FG Civic, which to me would suggest this conversion is a one-off, and a costly one at that, given its extensive body, paint, and interior work. Its commissioner definitely cheaped out on the headlights, though, which certainly aren’t authentic Aventador and appear to be aftermarket units for the last-gen Toyota Celica. 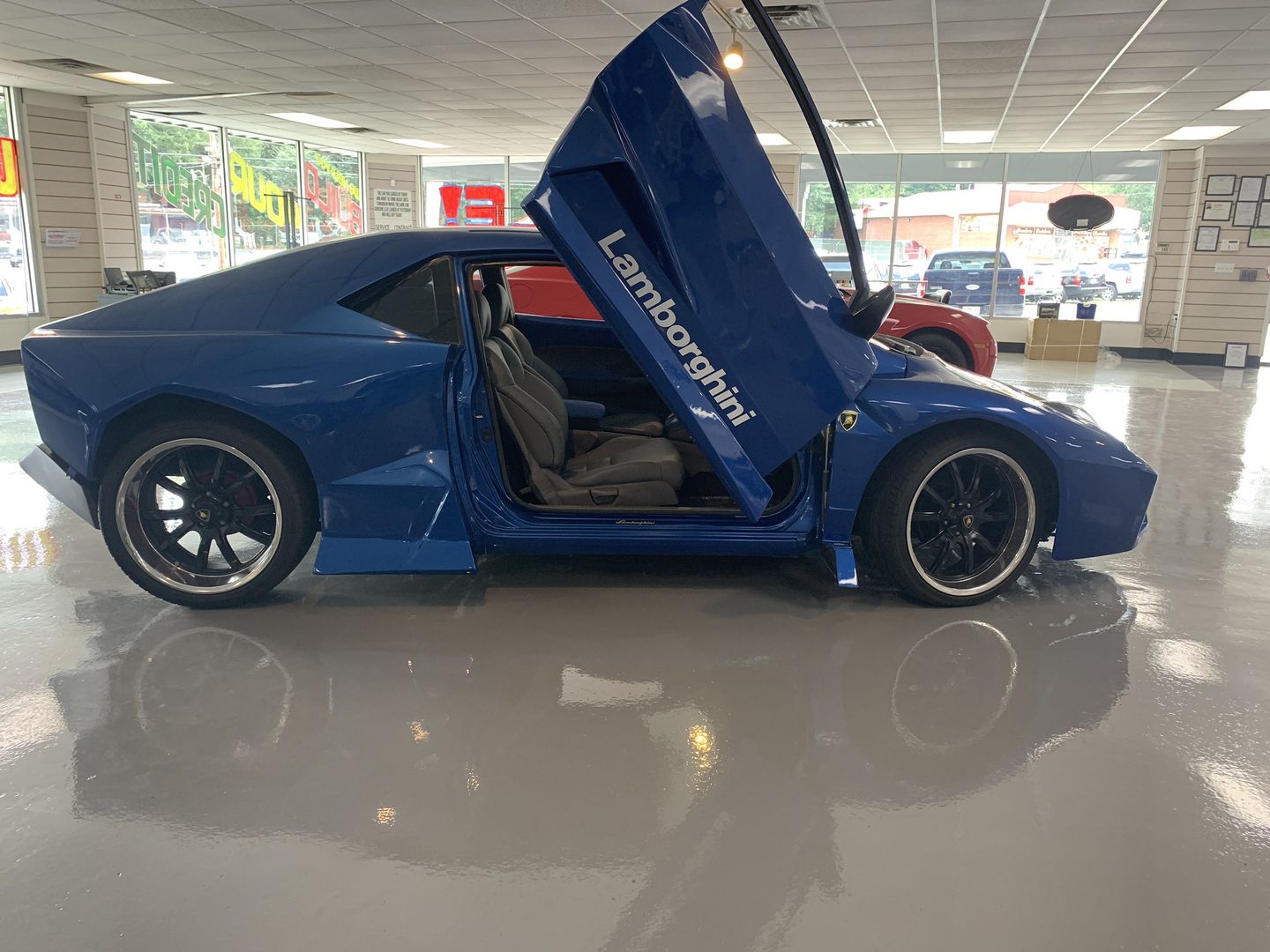 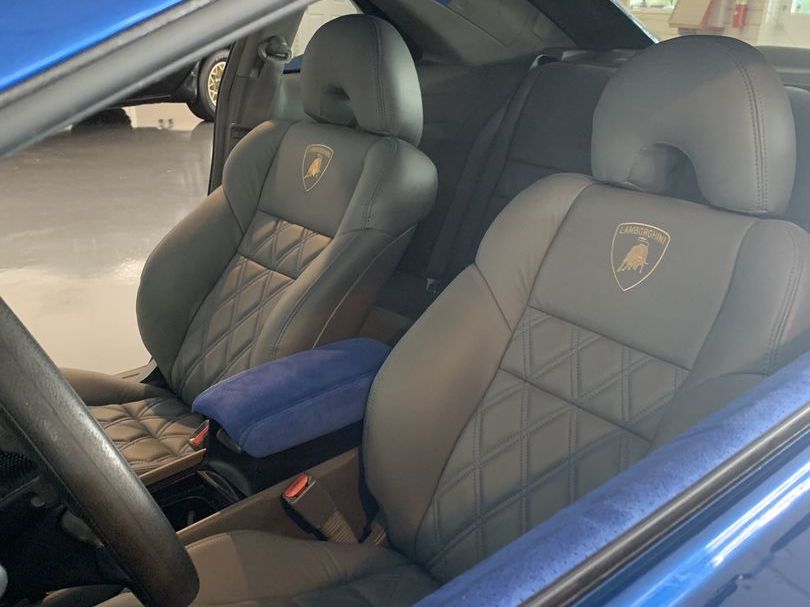 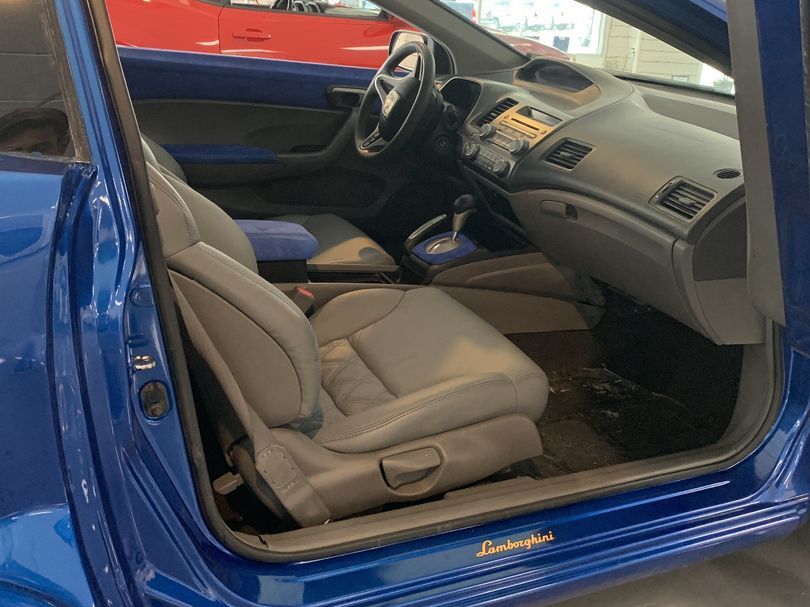 It doesn’t get any more Lamborghini aft of the face, as instead of a mid-mounted, 6.5-liter naturally aspirated V12, this Honda still has its 140-horsepower, 1.8-liter four-banger linked to the front wheels by a five-speed automatic. The cabin is marginally more convincing, with a Lamborghini-badged wheel, quilted leather seats, and a bit of Alcantara (yuck) or suede on the door cards and console bin. Of course, the fact that the factory plastic dashboard remains on display limits this Civic’s resemblance to a Lamborghini, as does its back seat—something the Aventador doesn’t have.

Returning to the body, it’s eminent this car’s proportions are completely wrong, and that most of the Aventador’s intakes have been filled in. Jutting side skirts don’t improve things, nor do taillights that appear to be an array of LEDs mounted in a panel behind some acrylic (again, real Lambo parts are pricey). Looking beneath them only weakens the illusion further, the Honda’s rear subframe being visible below the fake diffuser. I’m no Adrian Newey, but I doubt that generates any downforce. 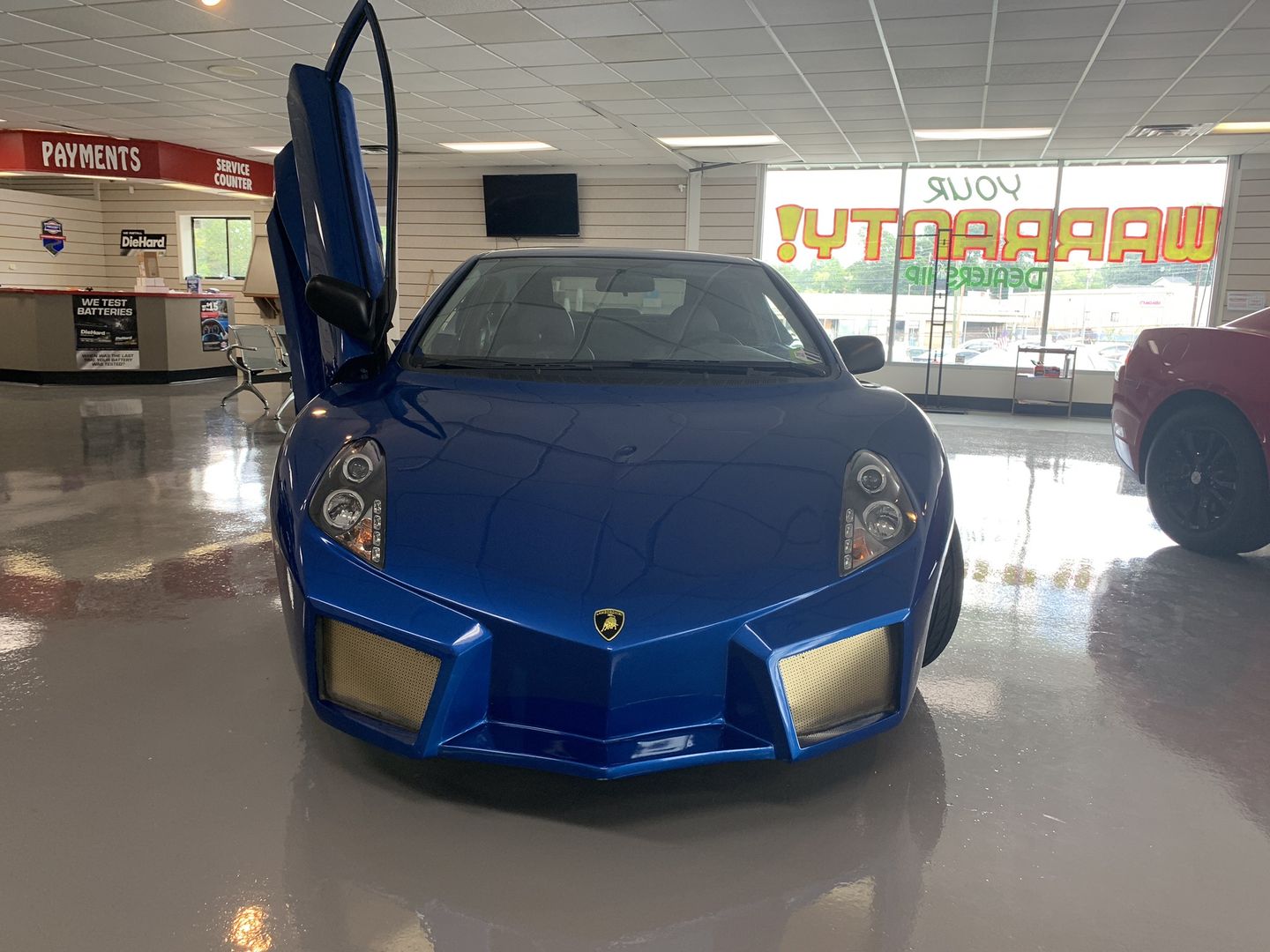 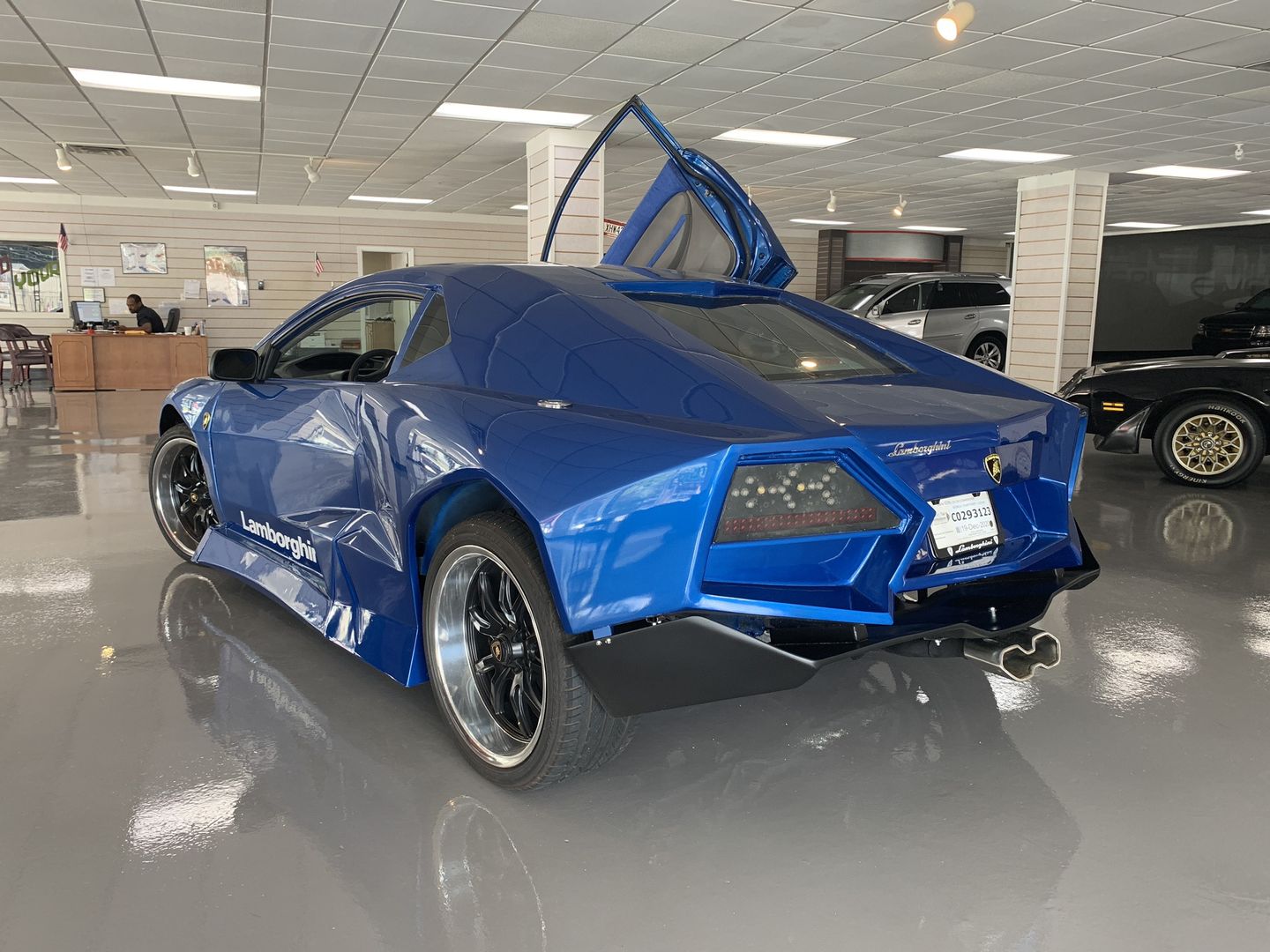 No matter how many times I write about awful hunks of junk like this, the reason for these cars’ existence remains a mystery to me. They (almost) never look enough like the real thing to trick anyone older than the age of four, and the only thing about their driving experience that becomes supercar-like is their terrible visibility. Cars like this fail at everything I can conceive them being for, and you’d have to pay me $25,000 to be seen in one.

Coincidentally, that happens to be Autoway’s asking price for the car, which by the looks of things has been for sale a long time—its temp tags read December 2020. The used car market may be out of control, but 25 grand for a 130,000-mile Civic that gets you laughed out of Cars & Coffee seems to be a bridge too far, even for the most desperate used car buyers today. 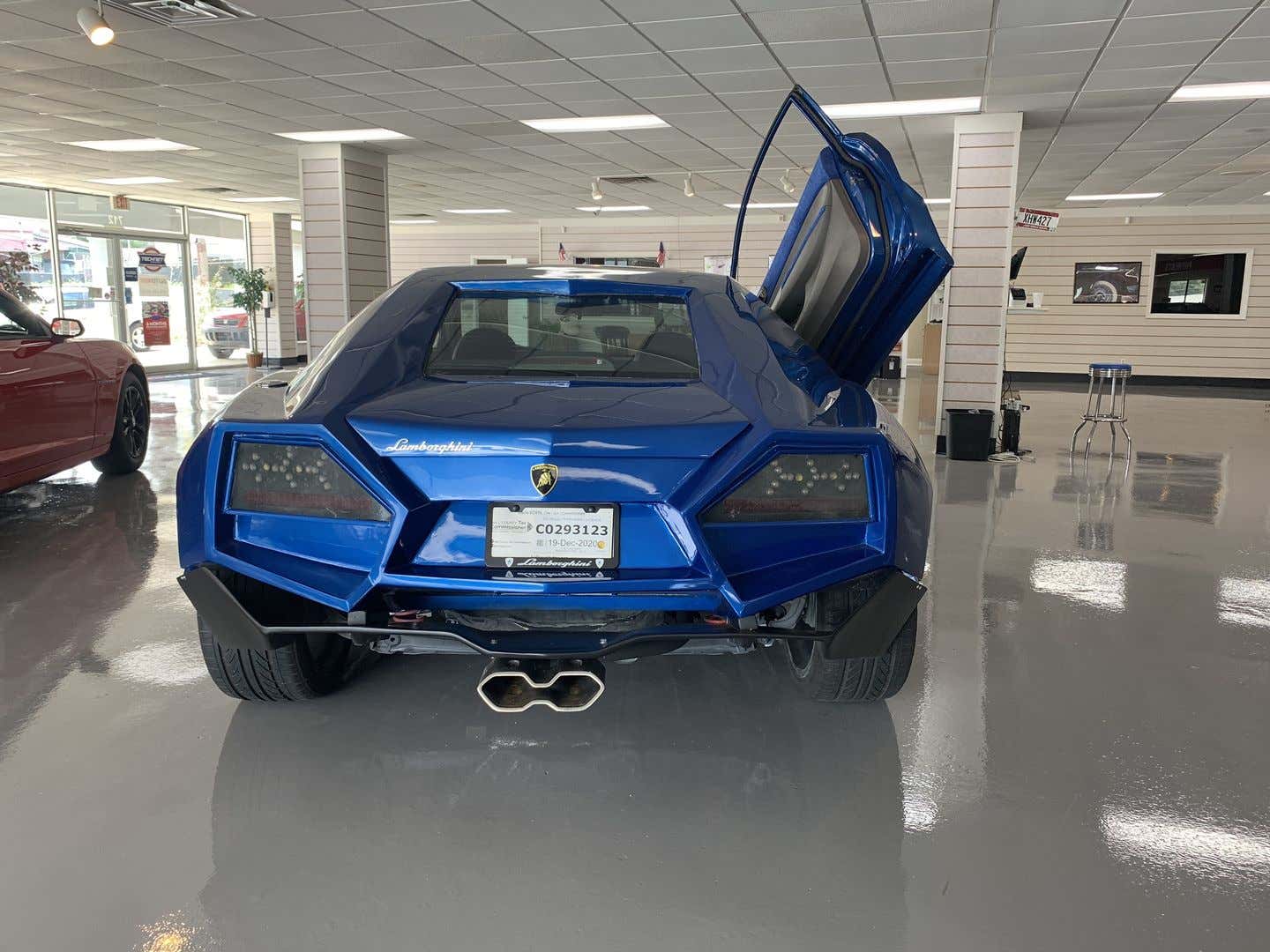